The Empire Depends On Psychological Compartmentalization 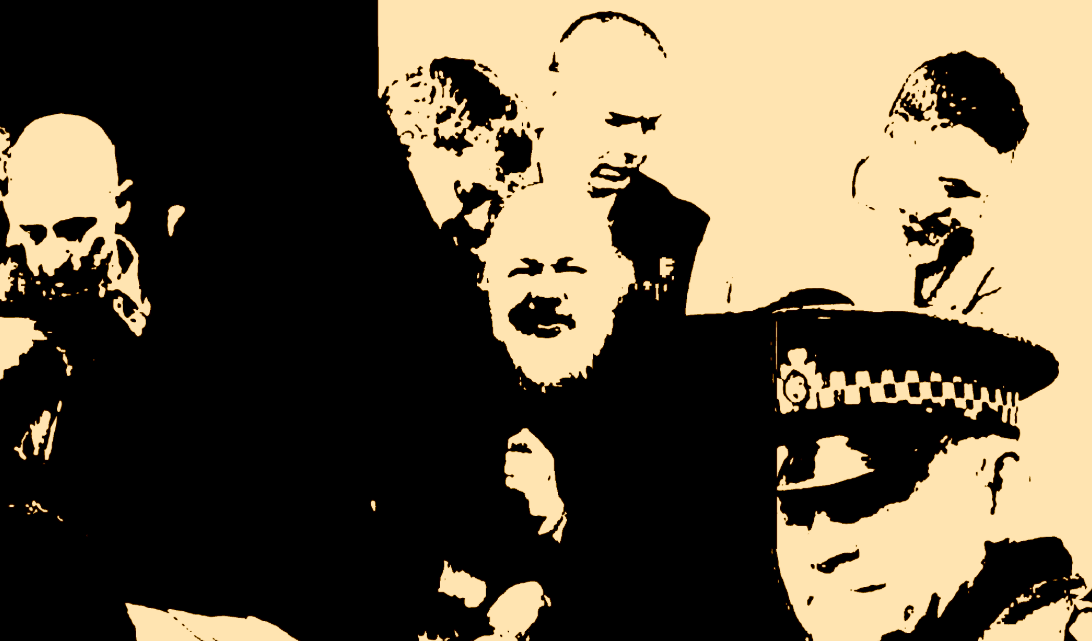 Britain’s High Court has granted the US government limited permission to appeal its extradition case against WikiLeaks founder Julian Assange, meaning that the acclaimed journalist will continue to languish in prison for exposing US war crimes while the appeals process plays out.

If the western media were what it purports to be, every member of the public will be acutely aware of the fact that a journalist is being imprisoned by the most powerful government on earth for exposing inconvenient facts about its war machine. Because the western media are propaganda institutions designed to protect the powerful, this fact is far from the forefront of public attention. Most people are more aware of the smears about Assange being a Russian agent or a rapist than they are of his victimization by a tyrannical assault on world press freedoms.

There is a whole other world happening just below the surface of mainstream public attention. The membrane of celebrities and entertainment and partisan bickering overlays public perception of the world almost the entire time, only occasionally being disrupted by short-lived blasts of dissonance piercing through the fog.

You’ll be reading about what Ronnie Republican said to Debbie Democrat, and it will feel so real and normal, then all of a sudden you’re getting blasted in the face with talk of Jeffrey Epstein getting suicided in prison amid reported ties to government-run sexual blackmail operations using minors for the purpose of controlling society’s leading influencers. Then it gets quickly memory-holed, the membrane returns, and it’s back to Ronnie and Debbie once again.

But before the fog returns there’s always a short-lived moment of “What?? Huh??” as you try to re-orient yourself to reality in light of the new information you just received. What you just saw is completely irreconcilable with your current view of the world, the one you’ve been fed piece-by-piece by school and mass media and internet algorithms. The clash between your comfortable existing worldview and the new information you just received causes a kind of psychological discomfort known as cognitive dissonance, which makes it hard to hold them both at the same time.

From there, psychological compartmentalization takes over. Compartmentalizing is when we mentally separate information or experience from our existing understanding of ourselves and our world and kind of sweep it under the carpet so we don’t experience cognitive dissonance anymore. We don’t delete it; the information is still there to be accessed if we want to, but it’s placed in a separate file and treated as though it exists in a parallel alternate reality.

"All this death and suffering is entirely man-made, and it is entirely the fault of the US-centralized power alliance." #Yemen #YemenCantWait https://t.co/9kVr9APYGX

Compartmentalization sometimes comes into play when a wife discovers that her husband has been sexually molesting their child; she files the information away into a separate container, because the way that information would shatter her world if she held onto it is too frightening and the cognitive dissonance of holding both worlds at the same time too uncomfortable.

Compartmentalization comes in when we’re scrolling through our news feed and see something about the horrors that are being unleashed upon Yemen with the help of our government; it doesn’t square with the model of the world we’ve been trained to hold in our minds, so we dissociate it from our model.

The cost of coming out of compartmentalization into a worldview of integrity is cognitive dissonance and the discomfort of constructing a new conceptual framework for reality. But the reward is having a perspective that is based on truth instead of lies.

Compartmentalization is a weapon of the propagandists. It’s a glitch in our cognitive processing which means they don’t have to work as hard to keep us living in a lie-based reality tunnel; all they have to do is construct our perception of reality for us, and from there our own psychological defense systems will do the work for them.

The oligarchic empire which rules our world is not truly hidden from view; we see signs of it all the time, it’s just too uncomfortable for most of us to look at. The monster isn’t hiding under the bed, it’s staring us right in the face and we’re looking all over the room except where it’s standing because to meet its gaze would obliterate our world.

But obliterate it we must. Lie-based worldviews are what hold the empire together; the powerful spend so much energy propagandizing us because they need to in order to retain power. Without it, we could realize that they are unleashing immense evils upon our world, and that there are a whole lot more of us than there are of them.