Home US EXCEPTIONALISM “Breaking the code of Silence”: Eddie Gallagher and the changing story of a death in Iraq

“Breaking the code of Silence”: Eddie Gallagher and the changing story of a death in Iraq

The core explanation, as usual, went missing. The soldiers broke their code of silence, but the media kept its secrets.

Published: August 29, 2021Last Updated on August 30, 2021 7 minutes read
Please make sure these dispatches reach as many readers as possible. Share with kin, friends and workmates and ask them to do likewise.

"Breaking the code of Silence" 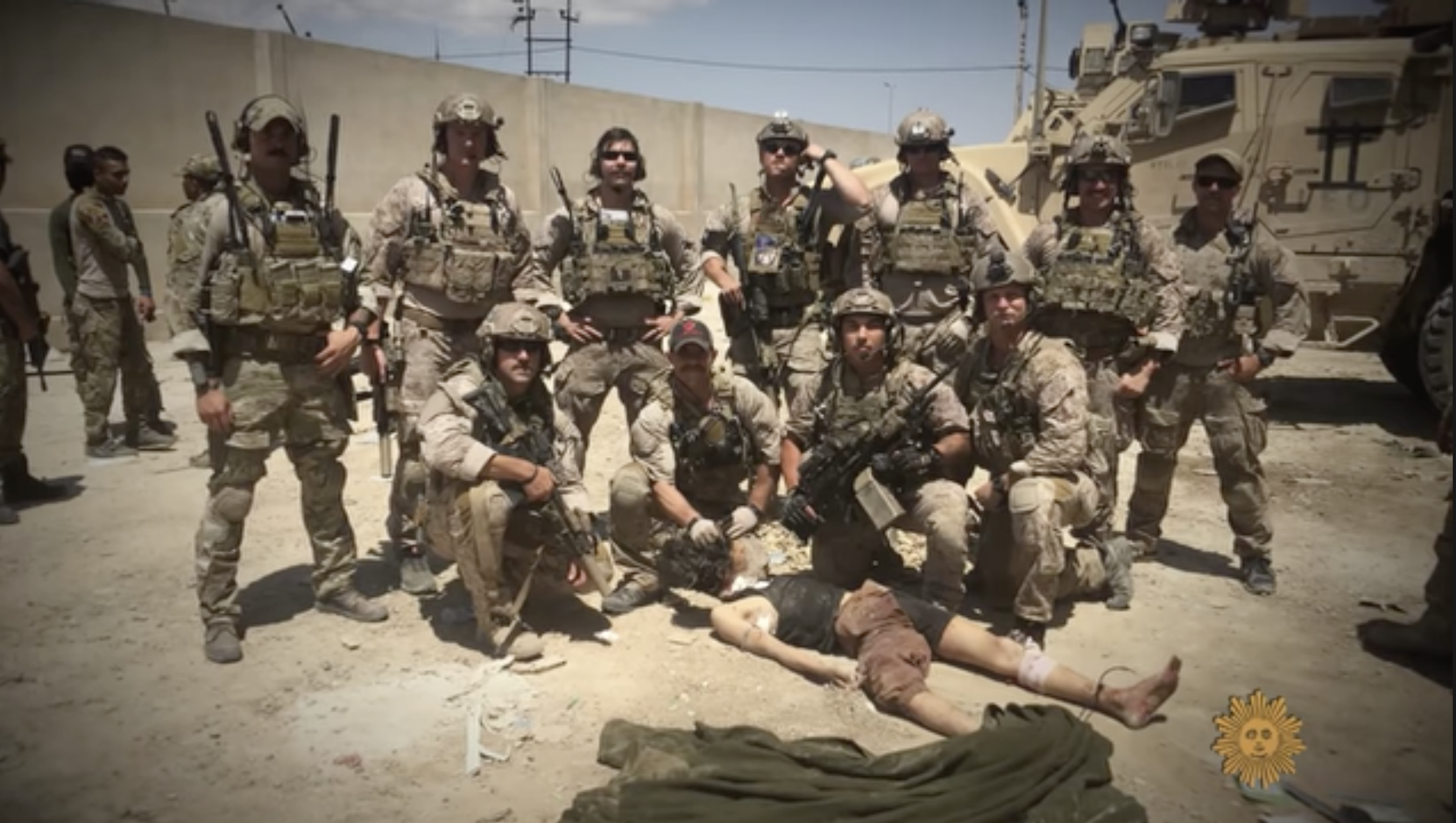 The measure of macho: trophy hunting in the Middle East.  (TGP screengrab)

On Sunday, Aug 29, 2021, the CBS network on its special Sunday edition aired a gripping and tragic segment, bearing images seldom seen on US tv screens. The clip was tersely summed up in this manner:

Three years ago members of Alpha Platoon did the unthinkable: they broke the "code of silence" and accused their Navy SEAL Chief Eddie Gallagher, a man they once revered, of war crimes in Iraq. Gallagher would be acquitted of killing a young ISIS prisoner, but the controversy over what happened in Mosul has not ended. CBS News national security correspondent David Martin reports. 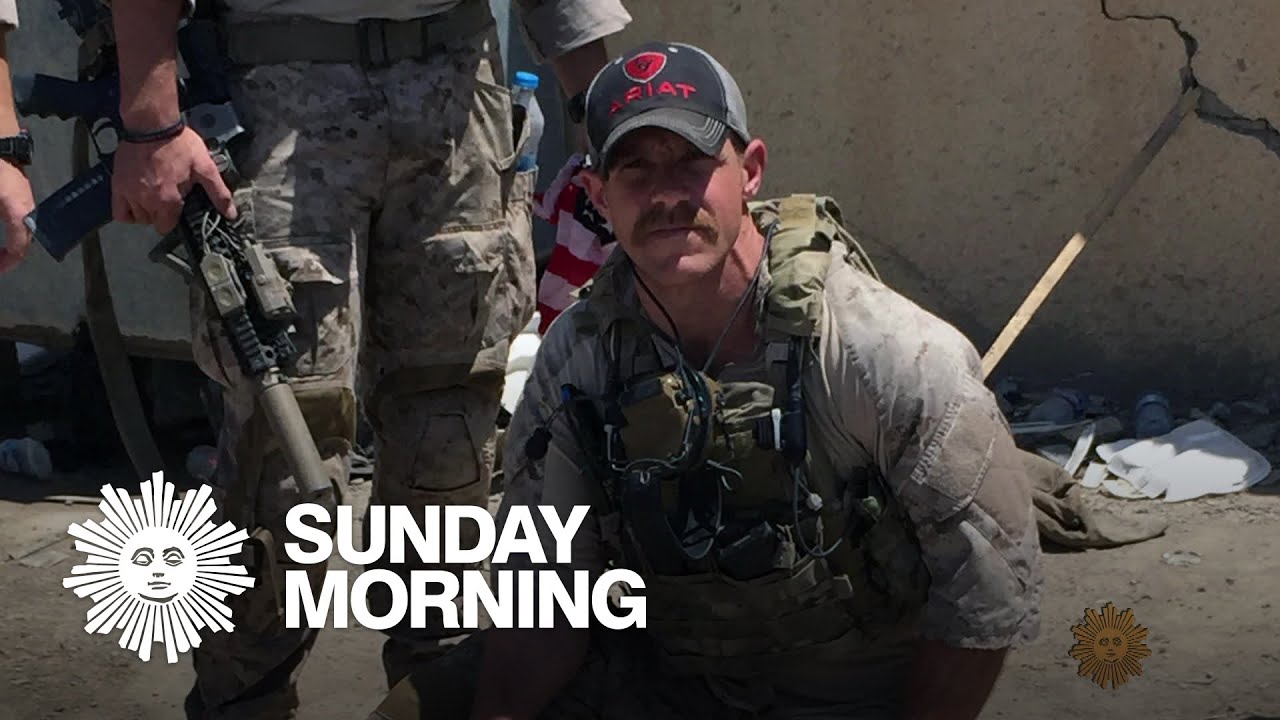 Well, what happened in Mosul during that period may still be somewhat confusing, but there is no reason to believe there is still doubt about the broader vessel that contains that episode, the political origins of the US assault on Iraq, a key pin in the deliberately misnomered "War on Terror" —a series of wars of choice, many would say, "of terror", all criminal acts of war worthy of Nuremberg—waged by the US empire in pursuit of total dominance of the Middle East and adjacent regions. Nor is there much fog left at this point surrounding the birth of ISIS itself, an entity born out of imprudent measures taken by American war managers, like Bush-appointed L. Paul Bremer, who cavalierly disbanded the Iraq army. Yea, by that simple ignorant act, the US set in motion the emergence of ISIS.

Like the Vietnam war a few decades ago, and the Korean War before it, and a multitude of other crimes of direct and indirect intervention costing millions of lives, the cynical war on Iraq was part and parcel of US imperialism's m.o., substantially aggravated by the implosion of the Soviet Union in 1991, when Washington's elites began to think the US hegemon had become an invincible reality with no possible rival on the face of the planet, and "the end of history," their cute code for the end of class struggle (so long announced by their court astrologists), was finally at hand.  It is that reality, the ugly, utterly man-made, totally unnecessary US imperialist reality, fueled, as usual, by a carefully cultivated lay religion, American exceptionalism, which explains why a bunch of alpha guys in military uniforms would end up committing heinous atrocities in locations most Americans had never heard of, and which, sad to say, far too many could care less about.

The irony is that these men, to their credit, despite the desensitization of war and the military and cultural indoctrination designed to dehumanize the enemy—a fact in almost every army—reached their limits. So these mostly working-class guys in Alpha Platoon broke the code and denounced Ed Gallagher for the repugnant sociopath that he is.

But the media—owned by billionaires and manned by upper-middle class guys— did not break ranks, did not break the code, and kept its silence.  So the central truths about imperialist wars like Iraq—the first truth being that they are continually manufactured by cliques who profit obscenely from such aggressions—were not included in the CBS piece.  Like its sisters in the trade, CBS did not dare contextualise their report, thereby leaving it raw and hard-hitting at the gut level, sensationalist if you will, but also largely orphan of meaning, an unanchored act of unfathomable brutality lacking its proper social and political coordinates.

But why not? This is the kind of amoral society we have allowed the oligarchs to build right under our noses. For well over a century, and now refined to a malodorous art, shirking journalistic duty for the sake of careerism (or acting out of misguided patriotism or sheer ignorance—journos, too, despite their arrogance, carry in their heads exceptionalist deformations), has been standard procedure for US corporate media, along with the rest of the Western echo chamber. This outcome cannot be avoided at this point because capitalism reigns supreme, and the media are still owned and managed by indecent people and organizations looking out only for their narrow class self-interest. The interest of Washington-led ruling elites—the global 0.001% (perhaps fewer!)— whose very survival and legitimacy depends on their ability to exert narrative control over the masses' understanding of reality, a twisted reality ultimately dictated by the inherent illogic of market values. That's why so many events at the domestic and international level do not make sense; why they create unease and bafflement if not shock and revulsion; why rage simmers close to the surface, and why such occurrences are often not only tragic and chaotic but even bathetic, like a blind men's brawl painted by Hieronymus Bosch in which the participants, despite the furious flailing, can seldom hit the mark because they don't know where the tormenting enemy really is.