Home US EXCEPTIONALISM U.S. & EU Set to Spend Hundreds of Billions of Dollars on Ukraine

U.S. & EU Set to Spend Hundreds of Billions of Dollars on Ukraine

The U.S. Government, with virtual unanimity, view the war in Ukraine to be not so much Ukraine’s war with Russia, but actually as America’s war with Russia, and therefore as being the first direct battleground of World War III, which America will win at all costs.

May 11, 2022 10 minutes read
Please make sure these dispatches reach as many readers as possible. Share with kin, friends and workmates and ask them to do likewise. 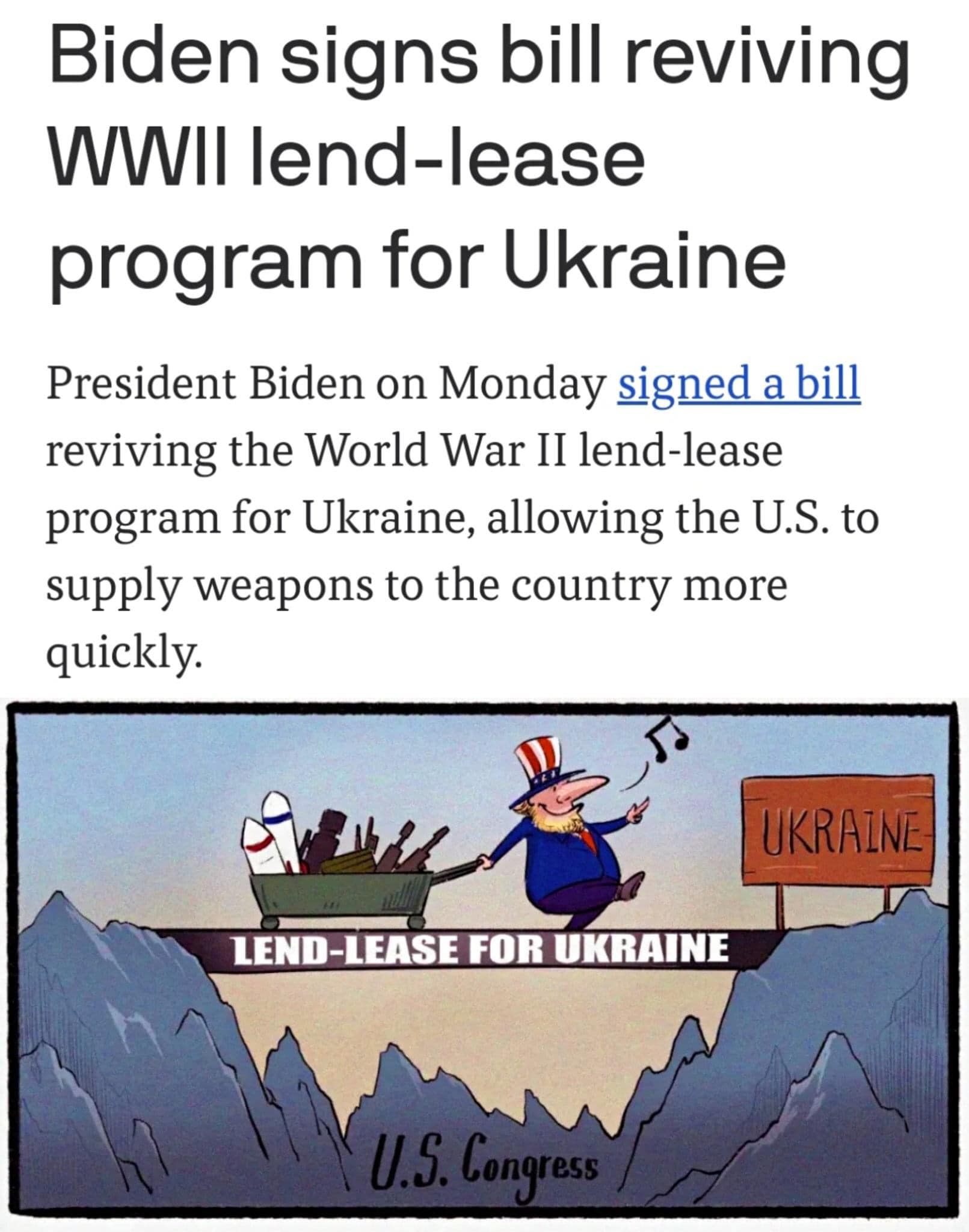 On 9 May 2022, Reuters headlined “U.S. Congress plans nearly $40 bln more for Ukraine, COVID aid to wait” and reported that “U.S. congressional Democrats agreed to rush $39.8 billion in additional aid for Ukraine,” and:

The House of Representatives could pass the plan, which exceeds President Joe Biden's request last month for $33 billion, as soon as Tuesday, and Senate leaders said they were also prepared to move quickly.
A proposal for additional COVID-19-related funding, which some Democrats had wanted to combine with the emergency Ukraine funding, will now be considered separately.  Biden on April 28 asked Congress for $33 billion to support Ukraine, including more than $20 billion in military assistance. That proposal was a dramatic escalation of U.S. funding for the war with Russia.

The U.S. Government, with virtual unanimity, view the war in Ukraine to be not so much Ukraine’s war with Russia, but actually as America’s war with Russia, and therefore as being the first direct battleground of World War III, which America will win at all costs. The plan is for America ultimately to become enabled to place its nuclear missiles on Ukraine’s border with Russia, just a five-minute flying-time away from blitz-nuking Moscow and thereby greatly weakening Russia’s command-and-control by eliminating Russia’s central command faster than Russia will be able to launch its retaliatory missiles (if any of those survive America’s initial attack). In 2006, America quietly and unilaterally (though never officially, because the policy-change was gradual and secret) abandoned the meta-strategy that had guided both Russia and the United States ever since the end of World War II, which was called “M.A.D.” or “Mutually Assured Destruction” (the use of nuclear weapons only in order to prevent a WW III) to, instead, “Nuclear Primacy” by America (the use of nuclear weapons to win a nuclear war).

So: America and EU both are in agreement that Russia must not be allowed to win this war, which is called Ukraine’s war but is really the U.S.-and-allied war to conquer Russia. (Any stragglers will then easily be able to be taken care of.) They are pulling out all the stops they can, to win this, to win in the first real battleground of WW III, which is Ukraine, on Russia’s border.

Even some top American nuclear scientists have spoken publicly against that plan. But with the participation now of over 98% of the members of the U.S. Congress who constantly are voting for it, and of all U.S. Presidents ever since the time of George W. Bush, that plan (“Nuclear Primacy”) is the plan, and it aims for America to conquer, actually, in the final analysis, the entire world. Ukraine has become central to this plan because Ukraine’s border is closer to Moscow (and the Kremlin) than any other is. (Therefore, Finland’s would be the second-best, from the U.S. Government’s point of view, the “Nuclear Primacy” view.) The EU, under Ursula von der Leyen and Charles Michel, is almost entirely united behind it, and, like France’s Emmanuel Macron, hopes to change the EU’s Constitution so as to eliminate the ability of each individual EU member nation to veto any foreign-affairs proposal such as for the EU to immediately admit Ukraine into its membership (thereby, vetoing for America to become enabled to get Ukraine into its military alliance against Russia, NATO). As Macron said on May 9th, it will take ‘several decades’ for Ukraine to join the EU, and therefore the EU’s founding documents need to be changed in order to prevent this sort of roadblock from ever happening again. So: America and EU both are in agreement that Russia must not be allowed to win this war, which is called Ukraine’s war but is really the U.S.-and-allied war to conquer Russia. (Any stragglers will then easily be able to be taken care of.) They are pulling out all the stops they can, to win this, to win in the first real battleground of WW III, which is Ukraine, on Russia’s border.

Also on May 9th, Bart M. J. Szewczyk, a nonresident senior fellow at the German Marshall Fund of the United States (which was set up to memoralize the Marshall Plan, which U.S. President Truman had set up in order to bribe European countries with billions of dollars of U.S. reconstruction money if they would join with America against the Soviet Union), headlined in America’s Foreign Policy magazine, “Ukraine Faces an Economic Abyss”, and wrote that “Ukraine may need $600 billion for postwar reconstruction — and more the longer the war drags on.”

Washington’s instructions to Ukraine’s President Volodmyr Zelensky are to continue the war for as long as possible so as to enable as much weapons from Lockheed Martin, General Dynamics, Raytheon, and other U.S. ‘Defense’ contractors, to pour into the country and maybe wear out Russia and force Russia to capitulate to Ukraine (i.e., to America) in this, the first round of WW III. That $600 billion, or so, would, of course, come from U.S. and EU not during the war, but AFTER the perhaps hundreds of billions of dollars will already have been spent during the war, in order to buy, from those firms, the weapons that Ukrainians will, by then, have used, in order to achieve Russia’s defeat in this non-nuclear opening round of what clearly now will be a long war to conquer Russia. Szewczyk went on to say that

The trans-Atlantic division of labor over the past eight years — roughly speaking, about 80 percent of economic aid for Ukraine from Europe and 80 percent of military aid from the United States — suggests likely future trends. As European Commission President Ursula von der Leyen argued this week, Europe has a “special responsibility” toward Ukraine and must allocate “massive investment” to sustain it. In particular, the European Bank for Reconstruction and Development — which has invested more than $150 billion across Central and Eastern Europe since its founding in 1991 — will be a key player in galvanizing this effort. The bank has already facilitated over $16 billion of investment in Ukraine and recently announced a new $2 billion package. Its annual meeting next week will already be dominated by the topic of Ukraine.

Of course, U.S. and EU taxpayers have already spent lots of money in order to get this war started, up till the point when, on 24 February 2022, Russia finally invaded. Szewczyk wrote that “the European Union and European financial institutions — Ukraine’s main backers — provided around $18 billion in grants and loans to Ukraine between 2014 and the start of Russia’s latest invasion on Feb. 24.” He ignored there the billions that America had spent, even prior to Barack Obama’s successful coup which had brought to power in Ukraine a rabidly anti-Russian regime there to replace the neutralist government that Ukraine had had prior to that U.S. coup, which undeniably did occur, and which had been in the planning stages of the Obama Administration ever since 2011 at the very latest.

An even deeper collapse of Ukraine’s wartime economy could send millions more refugees to Europe.
There are ample resources across the West to finance Ukraine’s wartime economy through grants, loans, and trade concessions. Getting Ukraine up and running is in the West’s — and above all, Europe’s — own interest. Not only does the EU need a functioning bulwark against an imperialist Russia, but the EU is also Ukraine’s main trade partner.

So, all of these estimates are far likelier to increase, instead of decrease, during the coming decade.

Szewczyk is the author of the 2021 book, Europe’s Grand Strategy: Navigating a New World Order, which his publisher introduces by saying of it, “This book proposes that the European Union should craft a grand strategy to navigate the new world order based on a four-pronged approach. First, European decision-makers (both in Brussels and across EU capitals) should take a broader view of their existential interests at stake and devote greater time and resources to serving them within the wider cause of the liberal order.” The description of him provided there is “Bart M.J. Szewczyk served as Member of the Policy Planning Staff at the US State Department and Adviser on Global Affairs at the European Commission’s think-tank.”

So: when Reuters headlined on May 9th that “U.S. Congress plans nearly $40 bln more for Ukraine, COVID aid to wait”, it was clearly a harbinger for “belt-tightening” by U.S.-and-EU publics on everything else than what is said by their respective governments to be “existential” matters, which means conquering the entire rest of the world, before such issues as “COVID” can be overcome. U.S.-and-allied ‘national security’ interests “against an imperialist Russia” (as Szewczyk put it) must come first, in these ‘democracies’. War must come first. That is clearly the policy now, because of the “existential” threat, not to Russia, but from Russia. 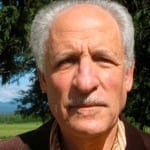 Investigative historian Eric Zuesse’s next book (soon to be published) will be AMERICA’S EMPIRE OF EVIL: Hitler’s Posthumous Victory, and Why the Social Sciences Need to Change. It’s about how America took over the world after World War II in order to enslave it to U.S.-and-allied billionaires. Their cartels extract the world’s wealth by control of not only their ‘news’ media but the social ‘sciences’ — duping the public.[/su_panel]

Unfortunately, the megalomaniacs in Washington drive us towards a nuclear war. In the interim with the policies of scarcity they want to remake Western societies into mean and lean saviors of the world.

But oh those lovely profits to be made by the war industry in the US, not regarding even
the mass production of guns for domestic use….. ! (the Framers knew what would give
great rewards when they added the Second Amendment in 1791 – did they maybe have
shares in the gun factories ?)