A must-watch documentary by Regis Tremblay

June 19, 2022 10 minutes read
Our articles depend on you for their effectiveness. Share with kin, coworkers and friends.

This is the award-winning Director's Cut of The Ghosts of Jeju.
REGIS TREMBLAY'S YOUTUBE CHANNEL IS HERE. Use it and support it while it lasts.

Before the world became more widely aware of US criminality through the war in Vietnam, there was the Korean War, variously labeled "a police action" by the UN; the first war against "communist expansion" by the State Department, and, as I.F. Stone aptly called it, "the forgotten war".  The Korean War ended "de facto" in 1953 (but it continues de jure to this day) so by the time the Vietnam War rolled in the 1960s most people had become accustomed to thinking Korea was a much milder and smaller affair. In that, they would be terribly wrong. Korea saw the US armed forces engaged in all-out savage warfare costing millions of lives across the peninsula. As in Vietnam, North Korea was bombed relentlessly by the US, not leaving a single piece of significant critical infrastructure—bridges, canals, water plants, hospitals, etc.—nor many villages, towns and cities standing. It was a war punctuated by international war crimes by the American ("the Allies") side, which used chemical and, even more reprehensibly, biological weapons against animals and the human population. The barbarity of the attack, stimulated by fierce ideological anti-communism and a fair dose of racist colonialism, was apparently not enough for some military leaders who clamored for permission to nuke the Koreans and their chief allies, the Chinese, to radioactive smithereens, or to the "Stone Age" as USAF Gen. Curtis LeMay, the man who had firebombed most Japanese cities to oblivion, so memorably suggested.

Obviously, as usual, the truth about the Korean war could not be presented to the US public (and the rest of the world) in all its shocking ghastliness and moral turpitude, so the Western engines of propaganda quickly went to work to turn reality upside down, and they did. The West remains unsurpassed in this kind of exercise. In most American minds the Korean war remains a fuzzy memory, largely defined by mythologised stories invariably presenting the American side as the "good guys" heroically fighting for democracy and freedom, giving Hershey bars to Asian kids, and other noble gestures. Many of Hollywood's biggest stars were enlisted for this project. No doubt—like the rest of the heavily propagandised US population— most of these celebrities never questioned the veracity of the message they were so enthusiastically endorsing. Granted, this was probably more likely to be the case in the immediate postwar period, from 1945 to 1965, before some of the truth about US foreign policy and American intentions began to finally seep out as a result of inquests, revelations and the sheer magnitude of the accumulated crimes. Unfortunately, to demolish existing and well-entrenched propaganda you need more than occasional pushback, you need a powerful counter-narrative that must remain easily accessible to the majority of the population. That this has yet to materialise in the West is demonstrated by the successful tsunami of lies (and unchallenged censorship) upending the truth about the Ukraine War, a conflict that could easily land humanity in a terminal nuclear confrontation.

Selling the Korean War: Hollywood and the press to the rescue
For no less than four decades, from the 1950s thru the 1980s, Hollywood cranked out quite a few films to whitewash the US role in Korea (and Asia at large). The most notable are listed below. The vast majority of these concoctions were melodramas.

1. The Bridges at Toko-Ri (1954). U.S. Navy Lieutenant Harry Brubaker William Holden) is a Naval Reserve Aviator who is called back to active duty from his civilian profession as an attorney to fly F9F Panthers in the Korean War. Mickey Rooney and Earl Holliman play endearing rescue chopper characters, while Fredric March (as Rear Admiral Tarrant) injects the necessary gravitas as the carrier force commander. The script, permeated with US exceptionalism, follows closely James Michener’s 1953 novel, about a crew of Navy aviators assigned to bomb bridges in North Korea. The monstrosity of this attack is never hinted at in the film, as punishing "reds" is always taken as the right thing to do. The movie ends on a note of sentimentality with Adml. Tarrant, upon being told of Brubaker's death, asking, "Where do we get such men?" Ironically, considering the criminal record of US bombing around the globe since the close of WW2, particularly in the Korean and Indochinese peninsulas, this is surely a question that must have popped into many minds at the receiving end of such airstrikes, and certainly many thoughtful anti-war activists.

2. Battle Hymn (1957) —Haunted by a deadly mistake he made as a World War II bomber pilot, Reverend Dean Hess (Rock Hudson) re-enlists at the beginning of the Korean War to bomb commies and rescue orphans largely created by Western intervention. His faithful wife, Mary (Martha Hyer), is unable to keep him at home. 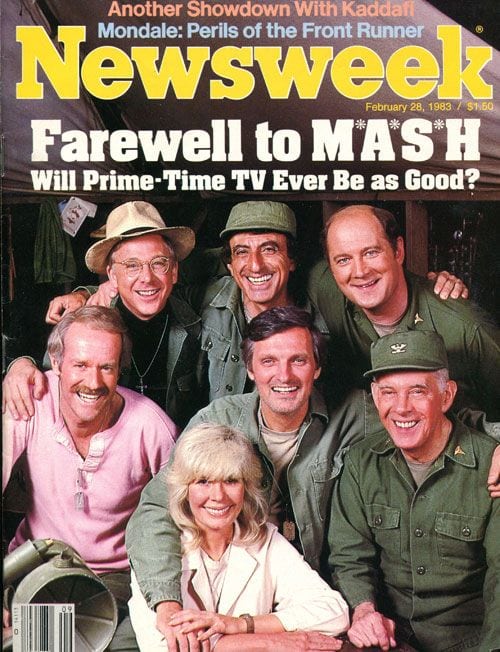 3. M*A*S*H. (1970).  The official description for this celebrated film has never rung true to me. Supposedly, the staff of a Korean War field hospital use humor and high jinks to keep their sanity in the face of the horrors of war. This is a theme that probably would never fly except in a war-ignorant and self-indulgent culture like America. The TV series, if anything, is worse, since the show's constant antics, with a bunch of improbable characters that often behave like juveniles, and which takes the Americans' presence in Korea (and Vietnam) as a God-given right, completely erase any semblance of the actual effects of Western imperialism. The bottom line is that, whatever the intentions of the liberal producers, for untold millions of people around the world, starting with the US audiences, M*A*S*H (TV) is the warm and friendly face of US imperialism. Watching Alda, Swit, Stevenson, Burghoff, Farrell, Morgan and the rest carry on, having loads of fun (punctuated by obligatory laugh tracks) as if there's really no war in sight, who wouldn't want to be invaded by Americans? By golly, they're swell folks!

4. MacArthur (1977). Gregory Peck, an old-fashioned liberal who always conveyed admirable moral rectitude, starred in not one but two films about Korea, MacArthur (1977) and Pork Chop Hill (1959), the latter focusing on an iconic Korean war battle).

5. Inchon (1981). In this one it is Sir Laurence Olivier who serves the anglo empire by his own impersonation of MacArthur. Olivier was criticised for taking the part, but he simply said he needed the money, which he probably did at that point in his life. Inchon was financed by Unification movement founder Sun Myung Moon.

We could list more films and media artifacts—books, DVDs, stage and radio dramas, etc.—but the point is made.  The ugly truth about the Korean War lies buried under a mountain of expert falsifications. This is why instruments to rectify this fake history are so precious. The world needs voices that can shake the complacency of the official narrative, so that US imperialism cannot go on attacking people around the globe with virtual total impunity. Maine documentarian and peace activist Regis Tremblay has dedicated his life to bringing suppressed truths to the forefront. He does this tirelessly through YouTube video programs, podcasts and documentaries like the one featured on this post, focusing on the largely suppressed Jeju rebellion. It's telling and extremely interesting that a mostly CIA-redacted source like Wikipedia admits (see excerpt below) that something terribly ugly happened in "South Korea" in 1948/49. The violence unleashed against dissidents by the US-supported regime of Syngman Rhee is likely to have played a significant role in the outbreak of the Korean War in 1950.

The Jeju uprising, known in South Korea as the Jeju April 3 incident[5] (Korean: 제주 4·3 사건), was an uprising on Jeju Island from April 1948 to May 1949. Residents of Jeju opposed to the division of Korea had protested and had been on a general strike since 1947 against elections scheduled by the United Nations Temporary Commission on Korea (UNTCOK) to be held only in the territory controlled by the United States Army Military Government in Korea. The Workers' Party of South Korea (WPSK) and its supporters launched an insurgency in April 1948, attacking the police, and Northwest Youth League members stationed on Jeju mobilized to violently suppress the protests.[1]: 166–167 [6] The First Republic of Korea under President Syngman Rhee escalated the suppression of the uprising from August 1948, declaring martial law in November and beginning an "eradication campaign" against rebel forces in the rural areas of Jeju in March 1949, defeating them within two months. Many rebel veterans and suspected sympathizers were later killed upon the outbreak of the Korean War in June 1950, and the existence of the Jeju uprising was officially censored and repressed in South Korea for several decades.[7]: 41 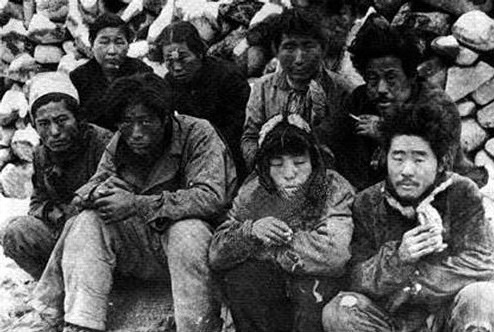 The Jeju uprising was notable for its extreme violence; between 14,000 and 30,000 people (10 percent of Jeju's population) were killed, and 40,000 fled to Japan.[6][8][9][1]: 139, 193  Atrocities and war crimes were committed by both sides, but historians have noted that the methods used by the South Korean government to suppress protesters and rebels were especially cruel, with violence against civilians by pro-government forces contributing to the Yeosu-Suncheon rebellion in South Jeolla during the conflict.[1]: 171 [6][7]: 13–14 [1]: 186  Some historians and scholars, including military historian Allan R. Millett, regard the Jeju uprising as the true beginning of the Korean War.[10]