THE UKRAINE CONFLICT: Short news summary and some week-end music

Prepared by Andrei Raevsky (The Saker)

September 17, 2022
Please make sure these dispatches reach as many readers as possible. Share with kin, friends and workmates and ask them to do likewise.

I begin with the most patriotic people in Russia, the Chechens.  Here is a photo of the latest batch of volunteers that Ramzan Kadyrov is sending to the Ukraine: 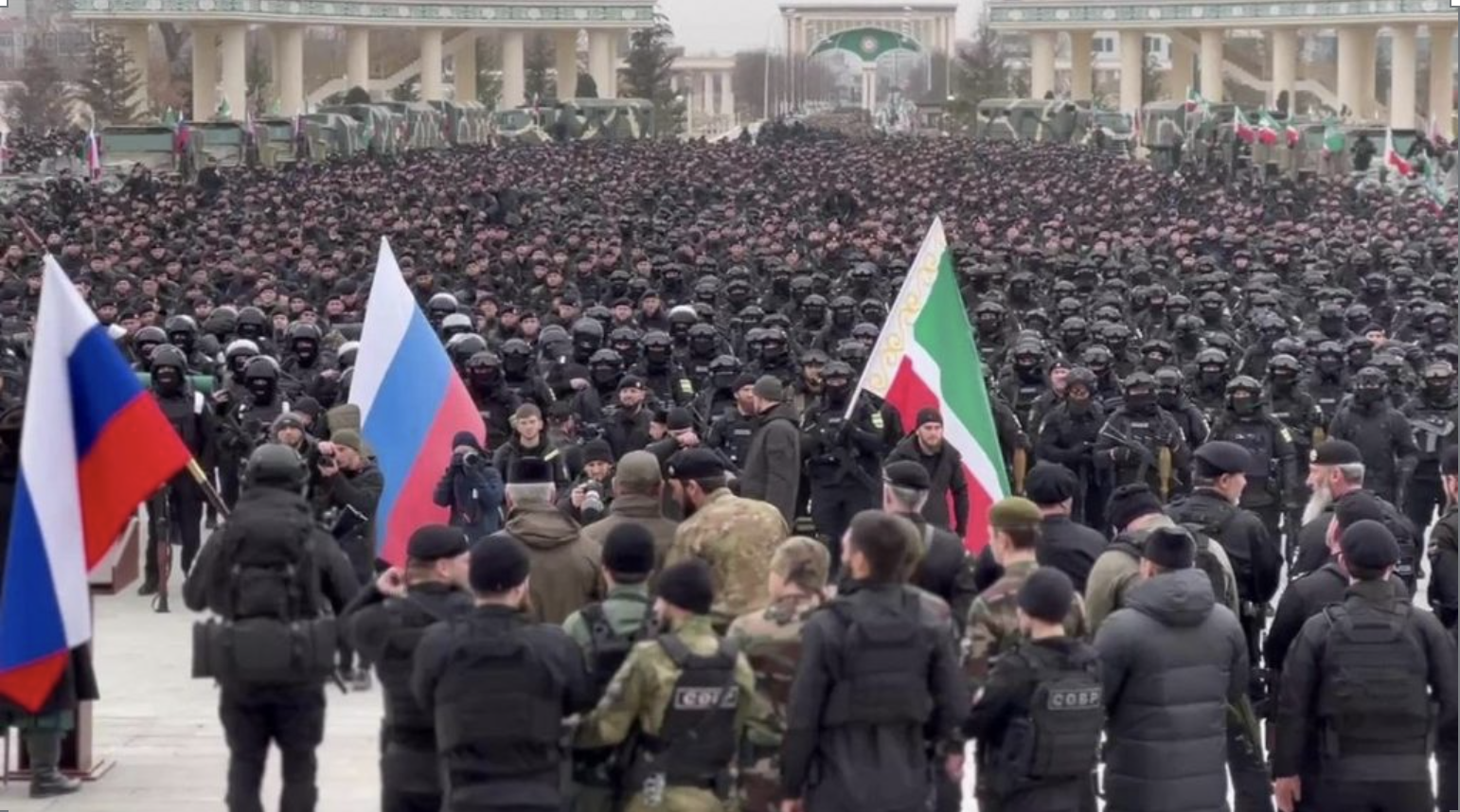 Next, one of the favorite techniques used by Ukrotrolls is the mantra “Where is the footage!? Where are the bodies?! Show me the supposed destroyed equipment?!”

This is a very effective technique, consider the following:

Still, eventually, footage does come out.

Remember those barges used by the Ukronazis to try to land an assault force to seize the ZNPP?  Well, some “alternatively gifted” armchair-generals suggested that these barges being that slow and that undefended would never EVER be used by the Ukronazis.  That genius missed the simple fact that it is precisely that look that could have made it possible for these barges to sneak by, especially while combat was taking place in another nearby location. Whatever may be the case, Russian intel spotted them (probably knew about the entire plan from the get go, and might have even used Russian assets to encourage this “brilliant” plan).  Anyway, here is the footage of a pair of Ka-52s detecting a barge from a distance of 15 km and destroying it with supersonic anti-tank missiles (Vikhrs specifically) from a distance of 8km, too far away from any MANPAD to be used against them:

A couple of Ka-52 Russian attack helicopters are seen in this footage destroying barges manned by Ukraine commandos.

Speaking of the ZNPP, the IAEA report was hopelessly anti-Russian and “superbly blind”.  Here is a photo of the IAEA inspectors presenting their findings:

Which is hardly anything new.

Western “observers” did not see tens of thousands of Russians murdered, raped, tortured, enslaved and displaced by the Western-backed Wahabis in Chechnia.

They never noticed the mass murder of Serbians living in the hills around Srebrenica by the Western-backed Muslim forces in Bosnia.

These observers are STILL not seeing the vicious persecution of Serbs by Western-backed Albanians in Kosovo.

But they *did* see a “genocide” in Srebrenica and in Racak and we can be absolutely confident that they will find *plenty* of “evidence of genocide/crimes against innocent civilians” in the Kharkov region now that the Russians have withdraw.

I could go on listing examples for pages and pages.

Speaking about Western “observers”.  I can personally declare that I know for a fact that typically half of them are full-time intelligence officers.

I still continue to think that Russia ought to withdraw from any and all western-controlled international organizations which are “international” only in name, but which are financed by western powers and which, therefore, a run by western agents.

I would also kick out all the western propagandists à la CNN/BBC from any territory controlled by Russia.

And now, a short summary of what the Ukronazis have been up to.  That will be short:

By the way, some sofa-generals have pointed out to me that the Ukraine has 30M people and that it can continue to throw meat at Russian forces for a long time.  I disagree. For starters, the real population is under 30M, but that is not even the point.  If you have 100 people, only a certain percentage (say 25%) can be used as soldiers (even old clueless Volkssturmers).  “Ze” spoke of “only” ONE million soldiers, and that included everybody from the local cop to the top army generals.  But even the one million misses that point.  The Ukronazis are have massive manpower shortages (hence their constant waves of mobilization which I have lost track of) not only due to the Russian meat-grinder, but because many/most Ukrainians are trying to avoid being set to the frontlines.  The rich have already left (either for the EU or Russia), the really hardcore nationalists are being killed en masse by the Russians.  The numbers of Ukronazi soldiers pretty well trained by NATO is only in the tens of thousands.  As for the Ukronazi elite forces (death squads, diversionary-reconnaissance groups, terrorists gangs and GUR/SBU special forces), they are many a few thousands max (probably a few hundreds).

Also, whatever the actual size of the Ukronazis forces currently may be, the bigger the force, the bigger the logistical difficulties in keeping these forces at the right locations and adequately resupplied. And, of course, the closer these Ukrainian forces are the more the Russian can destroy them AND their supply lines.

So, my alternatively gifted sofa-generals, you can wave your Ukie flags even harder, just don’t get your hopes too high :-)

In other news, Iran has now become a full member of the Shanghai Cooperation Organization.

The SCO is happily and quickly growing 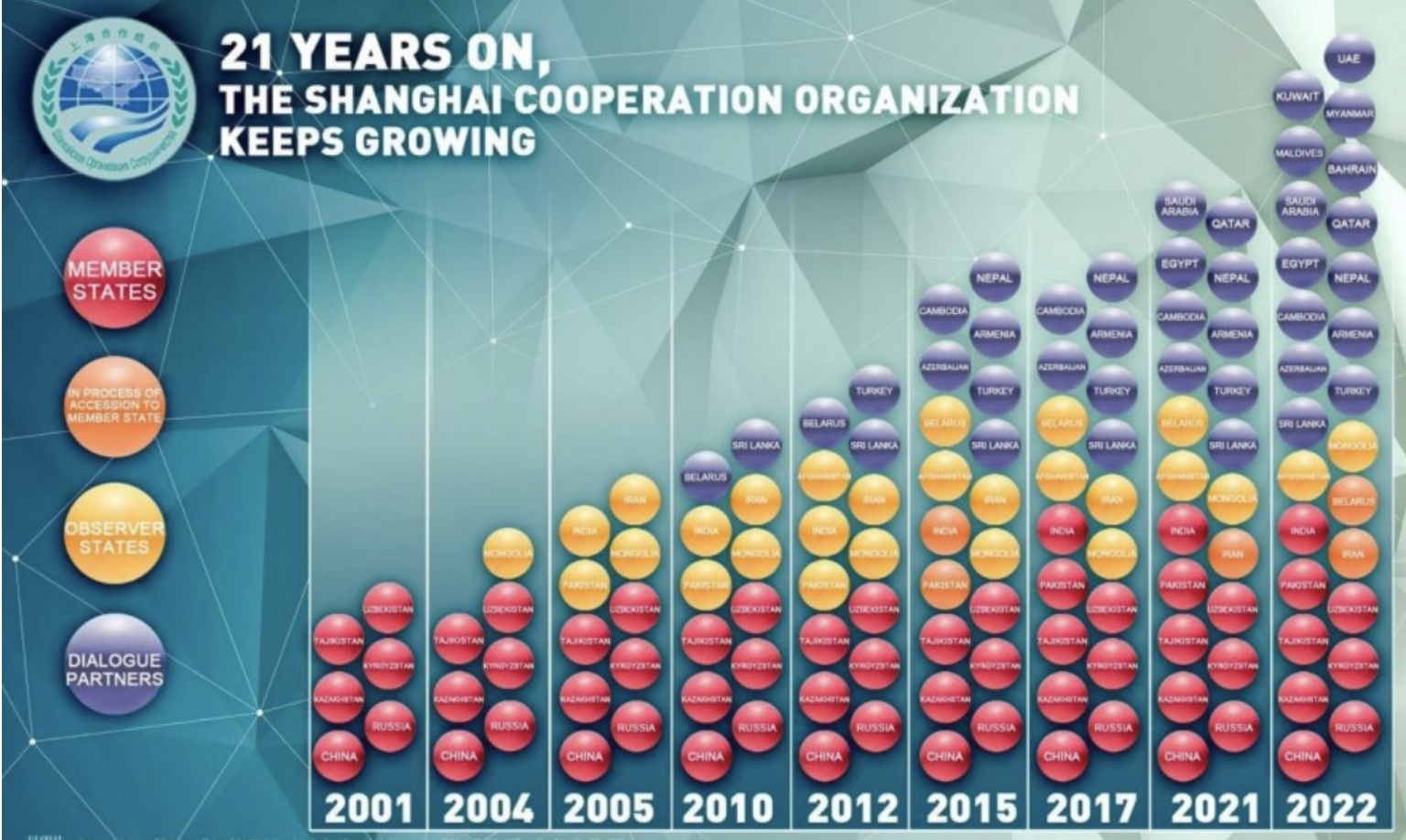 For the western economies, this is the proverbial “writing on the wall”.

President Putin ally Chechen leader Ramsan Kadyrov is getting ready to ship more battalions of his famed fighters to Ukraine, to combat the Ukronazis and NATO forces, including mercenaries.

Dismantle the Commonwealth: Queen Elizabeth’s Death Prompts Reckoning with Colonial Past in Africa