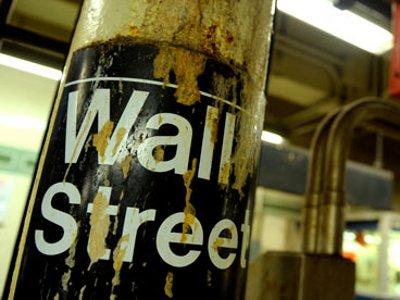 The liberal reformers are once again talking about tinkering with Wall Street’s economic and political stranglehold on society. “The reformist debate accepts the inevitability of private capital as the engine of economic – and, therefore, social – development.” The truth is, Wall Street needs derivatives to generate the “windfalls and mega-scores to keep the decaying system going.” But, does society need Wall Street? Hell no!

“Together, the top rung of ‘too big to fail’ institutions accounts for 56 percent of the U.S. economy.”

Left-liberals are in a huff, demanding another shot at reforming finance capital, perhaps through “breaking up” the five (or maybe, 20) biggest banks. They might as well prescribe a regimen of behavioral modification to fight Stage IV cancer.

The rehash of reformist debate is occasioned by news that JP Morgan Chase, the nation’s biggest bank, lost at least $2 billion betting in the derivatives casinos. President Obama feigns shock [5] at the very idea that an institution with derivatives “exposures” of $70 trillion [6] – larger than the gross planetary product of Earth! – has been caught, heaven forbid, “making bets in these derivative markets.” Since Morgan Chase CEO Jamie Dimon is, in Obama’s estimation, “one of the smartest bankers we got,” who knows what the less intelligent honchos at the other behemoth banks might be up to? Together, the top rung of “too big to fail” institutions accounts for 56 percent [7] of the U.S. economy: $8.5 trillion in assets, last year, out of a GDP of about $15 trillion. Throw in the rest of the top 20 banks, all of which are “unsafe and unsound,” according to economics law professor William K. Black, of the University of Missouri-Kansas City, and the great bulk of the U.S. economy is in “unsafe and unsound” hands. These same hands politically control the State, to protect and further facilitate their “unsafe and unsound” practices.

“The great bulk of the U.S. economy is in ‘unsafe and unsound’ hands.”

Does “breaking up the banks” solve the problem? No, not unless the whole class of gamblers and thieves is removed from centrality in the national and world economy – and, thereby, the political process – and their derivatives abolished. But, don’t tell that to Katrina vanden Heuvel, publisher of The Nation. In the magazine’s current issue [8], she swears by Democratic Ohio Sen. Sherrod Brown’s bill to cap the size of individual banks at 10 percent of “the market” and stop them from “racking up non-deposit liabilities of more than 2 percent of the GDP.” Others, like Rolling Stone’s Mike Taibbi, would allow the bankers to continue to bet [9], but not with depositors’ funds or “free” money from the Federal Reserve discount window.

Here is the historical truth: at this late stage of capitalism, the financial class desperately needs to gamble on derivatives and manipulate markets on a huge scale in order to survive. The old, tried and true law of diminishing returns on investment, combined with the global rise of economic powers beyond their ability to control, caught up with the Lords of Capital some decades ago. Wall Street invented derivatives so that the big boys, the only ones equipped to play – and, therefore, rig – trillion-dollar games, could generate sufficient windfalls and mega-scores to keep the decaying system going. “Productive” investment – the kind that creates good jobs in mature capitalist societies – no longer sufficed to keep Wall Street’s speculative pumps primed.

Take away their ability to craft exotic mega-wagers, create “markets” and “bubbles” out of “notional” capital, and to organize vast waves of leveraged funds, protected by law and/or the armed might of the U.S. and its imperial partners, and finance capital ceases to function. Which would be a very good thing, if societies put in place public investment institutions capable on their own of financing growth and structural renewal. But that requires the displacement – the overthrow – of private capital from the “commanding heights” of the economy and national polity.

Otherwise, there is no choice but patchwork reforms that hardly slow, and may even accelerate, the consolidation of Wall Street’s power – such as has occurred [10] since the meltdown of 2008. Political power does not flow from the barrel of a gun; it flows from control of the economy, which buys State Power and the guns that go with it.

This is the lesson that movements such as Occupy Wall Street must learn, or be ultimately waylaid and demoralized. You cannot “regulate” the behavior of Tyrannosaurus Rex while he still has the size and teeth to kill you at will. The T-Rex, here, is a class that, even if chopped into many Velociraptors, will still dominate the societal jungle if they are not removed from dominion over the economy.

The reformist debate accepts the inevitability of private capital as the engine of economic – and, therefore, social – development. It seeks to hem in the T-Rex with fences of string or transform the beast into lots of vicious, smaller killers, without removing them as a class from the top of the food chain, and replacing them with public capital to create jobs and a better society. In the end, such tinkering reforms require the T-Rex’s permission to be enacted, resulting in diversionary drivel like the Dodd-Frank bill, which did nothing to slow down JP Morgan Chase and its fellows.

In point of fact, derivatives are now estimated at $600 trillion [11], world-wide, most of them held by the five biggest U.S. financial institutions. (This figure does not count the unknown number [11] and notional value of wholly unregulated credit “swaps” between corporations.)

Hedge funds should be allowed to continue to engage in grand speculation, say the left-liberals – as if massed, purely speculative capital is not horrifically destructive. Ask the Europeans, whose nation-states are being mauled by hedge funds and savaged by derivatives, mutations of a decaying and predatory class that clings to life through pure speculation, producing nothing but chaos.

The enemy has been named: Wall Street. It must be destroyed and replaced by public (people’s) power. That’s the politically sophisticated solution – and the only one.

BAR executive editor Glen Ford can be contacted at Glen.Ford@BlackAgendaReport.com [12].