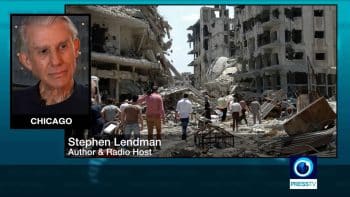 In his lengthy introduction to HRW’s 2017 World Report, Roth addressed what he called a new generation of authoritarian populists, saying they pose “a profound threat to human rights.” “Trump and various politicians in Europe seek power through appeals to racism, xenophobia, misogyny, and nativism. They all claim that the public accepts violations of human rights as supposedly necessary to secure jobs, avoid cultural change, or prevent terrorist attacks. In fact, disregard for human rights offers the likeliest route to tyranny.”
..
Maybe he’ll turn out a rogue leader. Until he assumes office, it’s unknown what he’ll do. Campaign rhetoric is one thing, governing another.
…
Obama’s despicable record is indisputable. Yet Roth praised him, ignoring his high crimes at home and abroad, disgracefully calling him a human right supporter. He turned truth on its head, calling Putin an “authoritarian rule(r)…a strongman…pursu(ing) the toughest crackdown on critical voices in two decades,” providing no evidence supporting his baseless accusations. 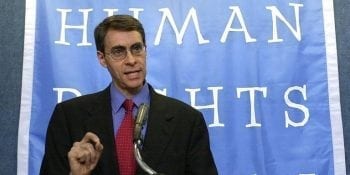 Kenneth Roth: The system depends on smooth, Ivy-League educated liars and poseurs to carry out much of its filthy agenda. Similar types staff the CIA, top media echelons, and the political class.

He ignored his overwhelming popularity, lied about his “occupation of Crimea,” lied about “his military backing Assad’s slaughter of civilians, with Russian bombers joining in,”  lied about Russia’s economy “deteriorat(ing) further,” lied about him having a hard time “sell(ing) (his) message to the Russian public.” Aided by Russia, Iran and Hezbollah, he claimed Assad has “little to fear” from the West. He ignored Obama’s war, the overwhelming popularity of Syria’s leader, his responsibility to combat terrorist invaders. He repeated the long-ago discredited canard about Syrian forces “ruthlessly attack(ing) civilians in opposition-held parts of the country, including eastern Aleppo.”
..
Syria was raped and destroyed by US-led aggression, one of history’s great crimes. Roth disgracefully called the country “the deadliest threat to rights standards.” He ignored US and so-called coalition warplanes terror-bombing government sites, vital infrastructure, civilian areas and Syrian forces on the phony pretext of combating ISIS Washington created and supports. He lied about Syria using so-called “barrel bombs, cluster munitions…and chemical weapons.” He lied about its forces “la(ying) waste to vast stretches of Syria’s cities with the aim of depopulating them to make it harder for opposition (sic) forces to operate there.”
..
He lied about Assad imposing “deadly sieges designed to starve the civilian population into surrender.” Syrians when freed from bondage as human shields by US-supported terrorists thank him and government forces for liberating them. Roth lied accusing Syria and Russia of war crimes. He lied claiming their operations are mainly responsible for displacing half the nation’s population. He lied blaming “Assad’s forces and his allies…for…90 percent of Syrian civilian deaths.” He lied blaming Russia for failed peace talks, ignoring US obstructionism. He’s disturbed at the prospect of Trump cooperating with Putin in combating terrorism. He lied claiming Russia has done practically nothing to combat ISIS.
..
He said almost nothing about ruthless atrocities committed by US-supported terrorists, including multiple instances of chemical weapons use.

..
Roth is a voice for wealth, power and privilege. HRW is paid to produce reports, largely blaming victims for Western high crimes committed against.

NOTE: ALL IMAGE CAPTIONS, PULL QUOTES AND COMMENTARY BY THE EDITORS, NOT THE AUTHORS • CONTINUE THE DEBATE ON OUR FACEBOOK PAGE. CLICK HERE.
ABOUT THE AUTHOR

HRW the UN and several other western establishment NGO’s r all anglo-zionist tools to obfuscate and detract from actual truths hence they create a false narrative under the guises of humanitarianism. Israel and the IDF constantly abusing their power. Nato and the US since the disintegration of the USSR has been aggressively bombing and occupying various countries around the world. Israel and the IDF occupying the west bank and the Golan heights.
Truely Orwellian times we r living. When blatant military aggression by some r labelled humanitarian deeds and defending one’s sovereignty against such aggressions r labelled genocide.