Home ABOMINATIONS Assange Defamation Effort is Old: CNN Had to Retract Pedophile Claim Against Assange After Wikileaks Threatened Lawsuit in 2017

The usual media scumbags—channeling CIA talking points— have been busy besmirching Assange's image for a long time. Now, more accusations are being bandied about. CNN, Fox, and MSNBC, as usual, lead the parade.

MINNEAPOLIS — CNN apologized to Julian Assange on Wednesday after an on-air pundit accused the WikiLeaks founder of being a pedophile in the morning, but the network has so far failed to address a similar accusation made by another talking head later in the day. 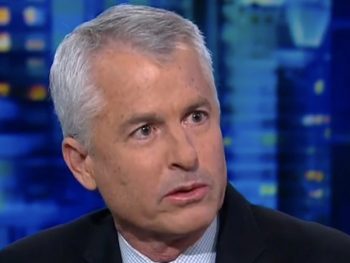 The CIA does not only infiltrate the media, it is often the media: Meet Phil Mudd, former CIA, now on CNN's payroll.

Philip Mudd, a former CIA agent and counterterrorism analyst on the network’s payroll, made the first false accusation during a Wednesday morning appearance on “New Day.” (The abject and sleazy cowards quickly withdrew the video, no longer available on YouTube.)

“I think there’s an effort to protect WikiLeaks from a pedophile who lives in the Ecuadorean Embassy in London,” Mudd said, referring to the WikiLeaks founder.  WikiLeaks quickly fired back via social media, threatening a lawsuit against CNN.

Later in the day, Mike Rogers, a CNN national security commentator with a background in Congress, the Army, and the FBI, appeared on “The Lead with Jake Tapper,” where he leveled allegations similar to Mudd’s.

In a discussion of President-elect Donald Trump’s recent embrace of Assange, Rogers argued that Trump needs “someone to explain to him who Julian Assange is.”

https://youtu.be/eVHYGW-OW04?t=45s (This video is also not available, "account terminated", says YouTube, but we don't know who "terminated" the video, which naturally embarrasses the original posters.)

“I think if he knew all of the details — this person is wanted for rape of a minor. He is hiding in the basement of an embassy because he is a fugitive from justice, number one. Number two, he has released information harmful to the United States that I do believe jeopardize soldiers in the field.”

Assange entered the Embassy of Ecuador in London on asylum in June of 2012, and he’s remained there ever since. Although never formally charged, he was wanted for questioning in Sweden on charges of sexual assault after he allegedly refused to wear a condom during sex with two adult women in 2010. Swedish officials had refused to question Assange at the embassy until November of 2016, and Assange feared that if he traveled to Sweden for questioning he would be subsequently extradited to the United States to face serious charges under a secret, ongoing grand jury.

A United Nations panel ruled in February of 2016 that Assange’s confinement is considered “arbitrary detention” and ordered his immediate release. Despite the ruling and three days of questioning by Ingrid Isgren, Sweden’s deputy chief prosecutor, Assange remains in the embassy on threat of arrest should he ever set foot outside.

No credible evidence has ever linked Assange to improper behavior against minors, but WikiLeaks’ tweets linked to a series of allegations made against him during the election by Todd & Clare, a Houston-based dating site, which accused Assange of attempting to contact an underage girl in the Bahamas for the purposes of sexual assault.

Writing in October for McClatchy DC, Tim Johnson pointed out many inconsistencies in the story provided by Todd & Clare representatives and noted that the company had been granted unusual access to the United Nations. Johnson reported:

“The company’s operating address is a warehouse loading dock in Houston. Its mail goes to a Houston drop box. Its phone numbers no longer work. WikiLeaks says Texas officials tell it the entity is not registered there either under toddandclare.com or a parent company, T&C Network Solutions.”

Further, there was little or no evidence to support the allegations against Assange.

In addition to deleting a tweet which contained a link to video of Mudd calling Assange a pedophile, “New Day” issued a retraction via Twitter on Wednesday afternoon.

As of Thursday afternoon, however, no similar retraction had been made regarding Rogers’ comments.

Assange and WikiLeaks have been targeted by a swell of attacks in the mainstream media since the site published extensive archives of emails taken from Hillary Clinton’s private email server and the private email account of Clinton’s campaign manager, John Podesta, during the election. Assange has repeatedly denied accusations that he is a Russian agent, and suggested Podesta’s email hacking should be attributed to poor security, not a government plot.

(Note, for the Nth time: It's been established that there was no "hacking" at the DNC, by Russians or any other supposedly "sinister" party. The data became available as a result of an internal leak. A leak. Someone in their office simply downloaded the data to a flash drive and scampered away. Period.)

Be sure to get the most unique history of the Russo-American conflict now spanning almost a century!
The book that every American should read.
Nuclear Armageddon or peace? That is the question.
And here’s the book that answers it.
How did we come to be in this horrid pickle? Join the discussion! Read Ron Ridenour’s provocative bestseller The Russian Peace Threat, the most scathing and irrefutable exposé of US foreign policy and its malignant obsession with the elimination of Russia as a countervailing force in world affairs. Buy it today direct from us. You don’t have to patronize Amazon. Just click on the bar below.
Get the definitive history of the Russo-American conflict today!
ALL CAPTIONS AND PULL QUOTES BY THE EDITORS NOT THE AUTHORS

WikiLeaks founder Julian Assange has been given an award established in honour of an assassinated journalist.

Assange: Defamers and defenders slugging it out on divers media platforms (Part 1)