Assange: Defamers and defenders slugging it out on divers media platforms (Part 1)

NOTE: Most outspoken videos on this page have been disabled by the Empire's tentacles—Google (YouTube), Vimeo, CIA, and other entities suppressing free speech in the West

Published: April 18, 2019Last Updated on September 25, 2022 10 minutes read
Be sure to distribute this article as widely as possible. Pushing back against the Big Lie is really up to you.

For Part 2, click here
Recuperating from the long-anticipated kidnapping of Assange in broad daylight (so it would look like an arrest, thereby legal), Assange defenders are showing up in various media speaking truth to illegitimate power. The first few days saw a barrage of articles denouncing the betrayal of Assange, with many of the left's most prominent voices —John Pilger, Andre Vltchek, Chris Hedges, Peter Koenig, Noam Chomsky, and Caitlin Johnstone, among others—expressing their disgust with Washington, London and Quito's impudent trampling of all international norms (already certified by the UN itself). At the same time, the establishment apologists and disinformers are doubling down their own efforts to escalate their campaign of lies and innuendo. The object, of course, is to make the globalists' persecution of Assange seem like something legal and well deserved, and, this is important, not a matter affecting the freedom of the press. Below, some noteworthy examples of both. 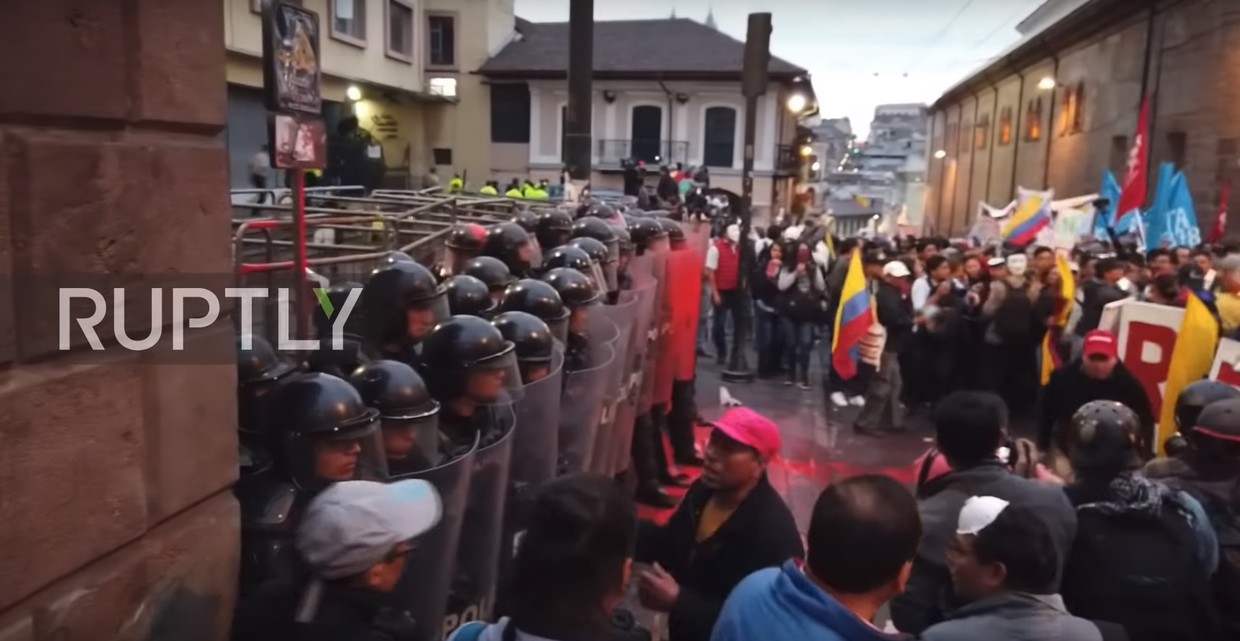 Unfortunately, after the West—led by the US and the UK—decided to shut down RT.com to suppress open discussion of its cynical war against Russia in Ukraine, almost all its videos were also automatically disabled. 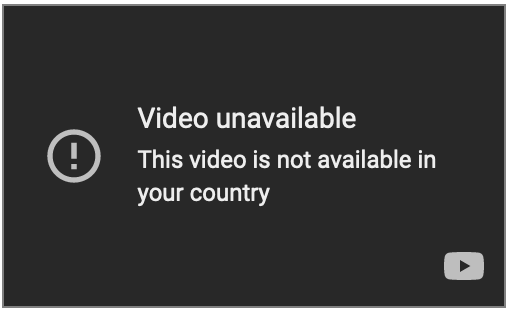 Rick Sanchez reports on the public outcry in Quito, Ecuador where Ecuadoreans are joining the worldwide chorus of voices protesting WikiLeaks founder Julian Assange’s arrest in the UK. Protestors in Ecuador have come to see President Moreno as “corrupted” by the US and say that he sold out Assange for money. (They are right.)

In lieu of the above suppressed YouTube/RT.com we featured originally, we have substituted another, by France24. This, too, has some flaws, including being too brief (intentionally), but at least it survived the across-the-board suppression of pro-Assange material dictated by the oligarchs in London and Washington, and so cowardly and repulsively implemented by their vassals across Europe and the rest of the "Free World".

Above: In a France 24 video misleadingly headlined by this French media lapdog, Mixed Views In Ecuador after Julian Assange is arrested, Ecuadoran people clearly and forcefully express their support for Julian Assange and what he represents in the global struggle. The effort by France 24—just a few notches less revolting than its counterparts in the Anglo-American media mafia, is a shameful attempt to do the empire's bidding while pretending to do honest journalism. The protesters were savagely beaten by Moreno's police. Most poor Ecuadorians know that Moreno is a vendepatrias, "a traitor" to their nation and the interests of ordinary citizens.

The Jimmy Dore Show
Published on 15 Apr 2019
Jimmy Dore lashes out at the pervasive cynicism and hypocrisy of Democrats (and the duopoly itself) in this scathing denunciation of the US imperialist establishment and its naked attempts (unfortunately too often successful) at suppressing free speech. Julian Assange is currently the most emblematic victim of the imperialist censorship offensive, but others have and will surely follow.

"The British public know there is something wrong here when the whistleblower is in jail while the perpetrators are on TV" says former MP George Galloway who talks to In Question's Manila Chan as many in mainstream media stay mum on press freedom in Julian Assange case. "Theresa May got one of the few cheers in a long time...in Parliament yesterday when she announced Assange's capture," says Galloway.  So they are celebrating and rejoicing, But the majority of the Bitish people are not.

'Ashamed to be an Englishman': Roger Waters slams UK as accomplice of US Empire in Assange saga (video suppressed by Western censors across all platforms)

Assange is a thorn in the side of the US elites which explains the effort they made to capture him, ex-Pink Floyd frontman Roger Waters told RT, adding that it’s appalling the UK has become an accomplice “of the American Empire.” Watching WikiLeaks founder Julian Assange being physically removed from his shelter at the Ecuadorian Embassy in London last week “was absolutely chilling” to legendary musician Roger Waters, who gave RT’s Going Underground his take on Assange’s arrest.
Below, a couple of quotes from Waters:

Tucker Carlson Defends Assange. Huh?
(Due to the high risk of underhanded censorship by Google, the original YouTube version of this video has been replaced with a far more reliable and uncensored instance provided by Rumble).

The Jimmy Dore Show |  Published on 13 Apr 2019
Jimmy Dore analyses the abject coverage of the Assange case in the US/NATO "free press", and notes that the self-described bastions of liberty, human rights and free speech—the liberals—which in the US normally translates to Democrats (a hypocritical party in bed with the FBI and the CIA, and chief vector for the Russiagate hoax) are not to be found in the defence of Assange, while some voices on the right, like Tucker Carlson, come to his defence and all he represents.

Chomsky: Arrest of Assange Is “Scandalous” and Highlights Shocking Extraterritorial Reach of U.S.

Published on 12 Apr 2019
Chomsky denounces the arrest of Julian Assange as a scandalous and criminal act by the global plutocracy, headquartered in Washington, DC. Attorneys for WikiLeaks founder Julian Assange are vowing to fight his possible extradition to the United States following his arrest in London, when British police forcibly removed Assange from the Ecuadorean Embassy, where he had taken asylum for almost seven years. On Thursday night, Democracy Now!'s Amy Goodman spoke to Noam Chomsky about Assange's arrest, WikiLeaks and American power.

President Correa on Assange: 'You don't grant asylum to someone [just] because he's nice'

Published on 12 Apr 2019
Ecuador's former president, Rafael Correa, living in exile in Belgium, granted this interview to a French mainstream network.  "I don't agree with all the things Jullian Assange used to do, but the main point is that his human rights were being violated," Ecuador's former president Rafael Correa tells François Picard after the arrest of the WikiLeaks founder in London. Correa spoke to us from Brussels. Correa notes that Lenin Moreno offered to deliver Assange to the US on several occasions, an offer made to Manfort, and later to Mike Pence, in exchange for money.

"Arrested for Exposing U.S. War Crimes"- Paul Jay
CORPORATE MEDIA IGNORE THE WHOLE SUBSTANCE OF WHAT ASSANGE AND MANNING DID

Wikileaks released Manning’s leaked documents and exposed multiple crimes committed by the U.S. government and armed forces - Jay says this is getting lost in the corporate media coverage of Assange’s arrest;  when he was arrested, Assange carried a copy of TRNN’s book “Gore Vidal on the History of the National Security State” which was based on a series of interviews conducted by Paul Jay between 2005 to 2007; the premise of the book is the American state and its loyal media use patriotism to lie to the American people about U.S. foreign policy and militarism.

And we close with an unexpected (but highly articulate) witness for the defence. Voices like these are not welcome on the mainstream media, where only establishment apologists and presstitutes are allowed. Maybe this is why the American government decided to persecute RT.com.

ABOUT THE AUTHOR
Sampler edited, commented and collated by Patrice Greanville, founding editor of TGP.

TGP’s Book Reviews: The Expense of the American Dream