Annals of the Putrid Corpomedia

D.C. Press Corps Sits on Hands as Actual Reporter Is Silenced
Labor reporter Mike Elk was physically assaulted when he asked union busters and Obama’s pal Honeywell CEO a question about radioactive releases at the Honeywell Metropolis nuclear processing plant which has locked out the USW workers to destroy the union. This intervention was also video taped. It show “democracy” in action in the USA.

For a dramatic presentation of what’s wrong with the D.C. press corps, watch as In These Times reporter Mike Elk is silenced by Honeywell goons as he tries to ask a question about a poison gas leak–and his colleagues sit quietly by, except for one who encourages the goons because Mike doesn’t have a credential from the Capitol Hill Press Club!

The two comments below sum up the situation well:

Editor’s Note: The establishment lackeys at work. They call themselves the “working press” or the “DC Corps”.  Being posted to Washington—the citadel of imperial machinations where sucking up to power is the name of the game— is  regarded by these unworthy buffoons as the culmination of a great career. To have mere contempt for these people is to miss the point, although contempt is certainly a good start.  These are active accomplices in crimes, including the killing of what’s left of American democracy, already in shreds by the collaboration of politicians and media at the behest of corporate power, and the whitewashing and selling of enormous crimes against humanity around the world. Their self-inflicted ignorance is also legendary.  In this encounter, captured by the camera, you see the corporate goons in action—usually part-time cops, rent-a-cops or regular corporate security, all military minded low-info types that have no brains but plenty of servility to their paymasters, the big shots they’re protecting from exposure, and the subservient “members of the accredited press” who insist on asking no questions and looking the other. A repulsive crowd, and one in which accreditation is a clear mark of dishonor.—PG 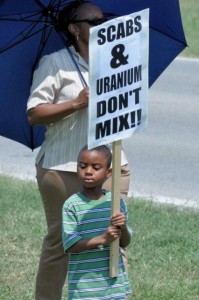 A FAIR question: Why is MSNBC silent about Obama’s kill list?

Selections from The Trojan Spy

The Moskva cruiser sinks; mercenaries beg for their...

BREAKING! Russia recognition of the LDNR – a...

What Americans Need To Know About China –...

André Vltchek – A Year since You are...

Two Opposite Views of Alexei Navalny