Home AMERICAN EXCEPTIONALISM The Tragedy of “American Sniper:” It takes a Shot at History and Turns It Into Deadly Jingoism

The Tragedy of “American Sniper:” It takes a Shot at History and Turns It Into Deadly Jingoism 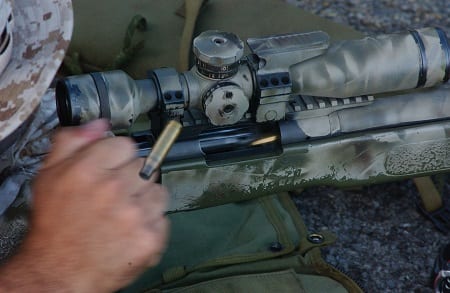 First let me say, dear reader that this is a political commentary, not a movie review.  If you are looking for the latter, please be so kind as to look elsewhere.  And now to the matter at hand.

“American Sniper” has stirred up the Right (see Fox”News”, etc.) and it has stirred up the Left. The Right sees the movie as one about a “patriotic American,” “doing his duty to protect our country and the freedoms it stands for.” The Right sees any critic of the film, as a commie, as a traitor, as “un-American,” if not “un-Christian” (for after all, sniper Chris Kyle was fighting the Muslims, wasn’t he?) The Left, and of course I include myself in that group, see the movie in much more complex, much starker terms.

First, referring to the standard Right-wing propaganda lines, oddly enough Kyle didn’t see himself as “fighting to protect the American way of life” at all. Rather, when asked a direct question on a Fox ”News” show, he said that he did what he did in order to protect his buddies. Then, there is the well-discussed historical fallacy that the Iraq War had anything to do with 9/11. There was an old canard, widely splashed about by The York Times’ widely forgotten (yes, I had to look him up) Nixon-flack William Safire.  It held that a representative of Saddam Hussein’s government went to Prague, Czech Republic, to meet with a representative from al Qaeda.  That trip of course meant that they were hooking up to plan dirty deeds.

The story has long since been disposed of as false, most recently by no less an authority than Sen. Carl Levin, recent chairman of the Senate Foreign Relations Committee. Do you really think that a secular Hussein, already facing strong threats from the United States, would have formed an alliance with a religiously-based terror organization that had originally been formed in Afghanistan by the same United States? The historical distortions are a minor tragedy, but a tragedy nevertheless.  As is very well known, the war was sold to the U.S. public on the basis of the lie told by Bush/Cheney/Rumsfeld/Powell/Bliar that there were Weapons of Mass Destruction in Iraq.  Furthermore, the aforementioned knew that they were lying because the very intensive investigation by the chief UN weapons inspector, Hans Blix, unrestricted by his own account, had turned up nothing.

Second, there are the questions that have been raised about the movie’s definition of heroism. There is a great 2001 film about the Battle of Stalingrad (one of very few Western films about the Soviet role in winning World War II) called Enemy at the Gates. The hero is a Red Army sniper. The villain is a Wehrmacht sniper. But hero/villain depends very much whose side he is on. Too many in the U.S., Kyle is/was a hero, but a sniper on the other side would be a wicked villain, killing people with abandon.

Third, and much more importantly, this film can and should be used to revive the whole argument about the invasion of Iraq, why it was done, what it has cost the U.S. in casualties, money spent, and major disruptions of our society (most of which go unnoticed), and the much, much higher toll of Iraqi dead, injured, and made refugees. What we are seeing now in terms of the turmoil of the Middle East, which was unleashed by the U.S./U.K. invasion. This is one of the major tragedies of our era. We need to re-visit the ultimate villains of the piece, the Bush/Cheney alliance and the people who worked for them. We need to revisit how the Bush/Cheney drive to create permanent war, which was much more important to them than the drive for oil and bases, has put our nation into the perilous state in which it finds itself, and use the film to help us do that.

Fourth, another tragedy was of course that while Kyle was an operative, he was also a victim. He suffered from Post-Traumatic Stress Disorder (who wouldn’t, having gone through what he went through, under orders) as did the vet who eventually murdered him. A majority of the vets of Iraq/Afghanistan suffer from some degree of diagnosed or undiagnosed PTSD. The suicide rate among them is remarkable, and historically unprecedented, about 22 per day.

Fifth, we should be saying to the Right, “what are you so excited about?” Despite the killing of service members like Kyle, the Middle East is a mess and the U.S. is in the middle of it—as chief architect. It is the ultimate tragedy of the U.S. War on Iraq.  Should we really listen to the McCains and the Grahams who, though they won’t say it out loud, really think that the solution is “put more boots on the ground?” After all, before the 2008 elections, and after Bush was forced by the Iraqi government into negotiating the eventual U.S. withdrawal from Iraq, McCain was saying that the U.S. should stay there “for a hundred years.”

If the U.S. should be “strong,” should be “tough,” just what is it that you on the Right have in mind, other than slogans? Where is the money going to come from? The costs of the Afghan and Iraq wars so far have been estimated at up to $6 thousand billion (that’s 6 trillion).  How are you going to convince the majority of U.S. people that it is in the U.S. national interest to go to war on the ground in the Middle East once again? And how many more Kyles and their murderers at home, how many more tragedies, do you want to create? How many more people do you want to glorify for killing people from a safe, secure perch?

Finally, this is a movie designed to make certain U.S. feels good about the War on Iraq, based on the false idea that it was in response to 9/11 and that, as Kyle was recorded as saying in the movie, the Iraqis are “savages.”  Is it not a tragedy that it has become the best-selling war movie of all time?  Another victory for Cheney/Bush and their War to End All Peace.

Postscript:  This column drew an unusual number of comments, almost all supportive, and many adding important additional perspectives.  Please see a selection of original comments in the Appendix below.

ABOUT THE AUTHOR
Steven Jonas, MD, MPH is a Professor Emeritus of Preventive Medicine at Stony Brook University (NY) and author/co-author/editor/co-editor of over 30 books. In addition to being a columnist for BuzzFlash@Truthout he is the Editorial Director of and a Contributing Author to The Political Junkies for Progressive Democracy (http://thepoliticaljunkies.org/), and a Senior Editor, Politics, for The Greanville Post, (https://www.greanvillepost.com/). Dr. Jonas’ latest book is The 15% Solution: How the Republican Religious Right Took Control of the U.S., 1981-2022: A futuristic Novel, Brewster, NY, Trepper & Katz Impact Books, Punto Press Publishing, 2013, http://www.puntopress.com/jonas-the-15-solution-hits-main-distribution/, and available on Amazon.

Who Joins the Military?: Class emerges as the indisputable dominant factor