A DISPATCH FROM FORT RUSS, A FRATERNAL SITE

Note: This video is in Russian, BUT you can use YouTube’s ‘SETTINGS” capability to insert English subtitles. 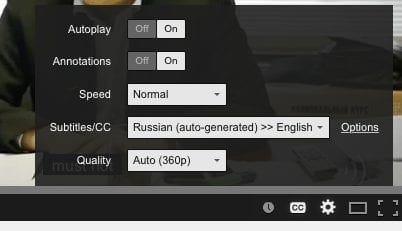 Question: If we talk about the rally which took place on March 1st (which was to be presided over by Boris Nemtsov), should we expect sacrificial lambs from the other side, the patriotic side in order to collide the two masses of people – the liberals (1) and the patriots, and how should the National Liberation Movement prepare? Should we be quiet, not go on the streets, not protest or protest and with what?

– Let’s be honest, the Americans have made the first strike. They have begun the state coup. When they write the future history books, God forbid, this coup will be successful, this day will be called the beginning of the revolution. Although the revolution itself will be stretched over time, as usual.
.
The war [for the destiny of Russia] has begun. The state coup has begun. There is no turning back. It is impossible to end the war after starting it. It is impossible for Hitler to attack the USSR, fight for a month, take Minsk, and then thinking it is not going well,  say, “Ok, truce, that’s enough!”. War has its own laws. And we know how it will unfold. It will unfold according to the logic that the National Liberation Movement talks about. (See Fedorov’s page). Not because we can look into the future, but because this road has been taken a thousand times in our and world history. We are just saying, look guys, if you take this path, then you will come across such and such milestone. It’s logical.
.
What will happen next? Look at our lectures about anti-maidan, our lectures on the prevention of state coups and intervention, and you will find historical research about such events. Yes, I think there will be strikes from this side and the other side. A gradual escalation of the stand-off will begin. The street balance of power right now is about equal. They could not get 200-300 thousand as they wanted to mobilize using the emotional factor and the fifth column in the media. But in Moscow the [active street] balance is 50/50.  In the rest of Russia the balance is in favor of the National Liberation Movement.
.
[Most revolutionaries always concentrate in capitals, only 20+ thousand bolsheviks started the revolution in Russia almost 100 years ago – KR]
.
Considering they will [surely] stage more provocations, more false flags…it will raise the bar of spilling blood. They will attempt to achieve victory. We will have to mobilize. But this will is a separate story, and we will talk about that on another occasion.
.
If we talk about the policy of NLM, I will tell you, there is a policy of waiting and a policy of attack. The attack should be on the United States, the American embassy. As soon as we receive confirmation of the information about the connection of the murderers [of Nemtsov] with the American and/or Ukrainian secret services we will have to raise the agenda of the expulsion of the American ambassador, and raise the pressure on the embassy, and throw this entire system [of insidious interference in our affairs] out of our life.
.
The second moment is – they had delayed yesterday’s Maidan, because they decided to raise the social factor. And the social factor is a sudden impoverishment of the people, which will increase the number of the unsatisfied, and [I think] it will be raised, or attempted, in a few months.
.
Kristina Rus:
I am afraid any measures from the side of the patriots will be met with a mirror or more drastic response from the liberals. The murder of Nemtsov definitely brought the smell of an approaching storm into the Russian atmosphere. The situation is very fragile, and the problem is how to strike a balance between defense and reconciliation to calm down the level of hysteria among the two camps which Russian society is rapidly sorting itself into.
While it’s clear that the numbers are on Putin’s side, all that matters are the moods and intrigue inside the Kremlin and what happens in downtown Moscow.

PS The National Liberation Movement strives to rid Russia of all the elements of foreign colonization, left behind by the collapse of the USSR and the crooked, collaborationist regime of Boris Yeltsin and his ilk of savage capitalist roaders.

(1) The word “liberal” in the Russian context actually denotes a free-marketer reactionary, one against social safety net legislation and authentic democracy and in favor of the unrestrained power of the corporations. Almost all “liberals” in Russia are tacitly or formally allied with organizations doing the bidding for the US State Department and US-controlled NGOs (such as NED), not to mention possible links with the CIA and other subterranean intel services of the West. If Russian agents and fronts were doing anything resembling this on US soil there would be an uproar among the American people as a gross interference with US sovereignty. But we know that in terms of foreign policy, the US maintains two ledgers, one for Americans and the other for the rest of the world, regarded as inherently inferior.

A Discussion with Mwandawiro Mghanga