The Neocon cabal and their nefarious influence on human affairs

Neoconservatists – Who They Are and Their Powers in the Government ( Documentaries )

The Neocon plague. Another symptom of the advanced imperialist disease. (Click to enlarge)

<span style="color: #000080;">Neoconservatism is a political movement born in the 1960s inside the monthly review Commentary, the journal of the American Jewish Committee, which replaced the Contemporary Jewish Record in 1945. On the “theoretical” side of neoconservatism, most influential neoconservatives such as Norman Podhoretz and his son John, Irving Kristol and his son William, Donald Kagan, Paul Wolfowitz, and Abram Schulsky, refer explicitly to the ideas in the philosophy of Leo Strauss. They often describe themselves as “Straussians.”  Incidentally, this is NOT a new plague. They have been vocal and influential since the 1970s. Some criminals still at large like Elliott Abrams were already distinguishing themselves under Ronald Reagan. Their immoral and cynical policies sowed death throughout Central America and other hapless lands subject to imperial manipulation. Today they menace the world with a nuclear Armageddon. 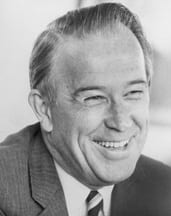 Henry “Scoop” Jackson (D-WA), the “Senator from Boeing,” was an early recruit who left his imprint on a bellicose and  confrontationist foreign policy.

Below we present some videos that may serve as a quick introduction to prominent Neocon figures and their ideas. Please note that, as self-conscious propagandists, these people usually candy coat their concepts using Orwellian language, covering naked imperialism and Zionism with the usual self-serving pretexts of “national security,” “duty to protect,” or the “extension of freedom and democracy.”  Often appearing on forums that were created by reactionary billionaires like John Olin and Richard Mellon Scaife to appear “respectable” (i.e., the Heritage Foundation, The American Enterprise Institute, and similar “think tanks” of the right), they couch their language in the manners and diction of scholars. As well, given the degree of corruption of the American media, they are also constant guests on regular programs, from “public” television venues such as C-SPAN to the NewsHour, plus, naturally Face the Nation, Meet the Press, and countless other mainstream platforms.

For people who plot horrid wars and the exploitation of the poor and helpless in all latitudes the term “criminal scum” is much too kind, but that is exactly what these people are, a grave and present danger to humanity in broad daylight. Yet, thanks to the media, the great American public, the only force that could stop them, sleep.

A further word of caution is in order. Some of these videos were produced and uploaded by people who APPROVE and endorse Neocon ideology. We present them here because they contain many images, passages and quotable material straight from “the horse’s mouth”, what historians might call, “primary sources” and are therefore valuable for serious researchers or activists. Keep that in mind when watching the material. As always when dealing with reactionaries and sociopathic imperialists, a strong stomach is required.—Eds.

(* See Appendix for more on the Neocon ideology and its goals.) 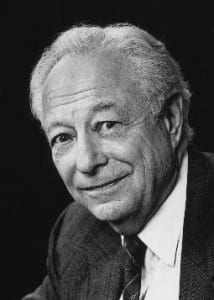 Irving Kristol, one of the senior figures in Neocon ranks.

Many Neocons are strident anti-communist leftists who became full-fledged apostates and donned the conservative cassock.

APPENDIX
More on the Neocon Ideology—Who they are

https://www.youtube.com/watch?v=pfecd… – Republican Neoconservatives (PNAC) Creating the New World Order? [includes a portion of the BBC documentary “Panorama – The War Party” on the Neoconservatives plan for America in their own words]

Neoconservatism has changed the Republican Party since the days of Eisenhower and the teachings of political philosopher Leo Strauss has had a monumental influence on that change.  http://youtu.be/3tON81U-A40 “Leo Strauss’ Philosophy of Deception: Many neoconservatives like Paul Wolfowitz are disciples of a philosopher who believed that the elite should use deception, religious fervor and perpetual war to control the ignorant masses.”
[ http://www.alternet.org/story/15935/l… ] The following is an excerpt from the book review of “Leo Strauss and the American Right” by Shadia Drury, professor of philosophy at the University of Regina.
[ http://www.swans.com/library/art11/md… ] One only needs to look at events in the world around us since the G.W. Bush years, to see the effects playing out. Strauss thinks that a political order can be stable only if it is united by an external threat, and following Machiavelli, he maintains that if no external threat exists, then one has to be manufactured.” The fundamental political categories are “us” and “them.” A sense of perpetual crisis and war cements the society together with absolute loyalty to the gentlemen. But the categories “us” and “them” do not stop at external enemies. The sense of crisis makes the struggle against internal enemies an even more desperate war of “us” against “them.” “Liberalism, as Drury makes clear later on, boils down to the belief not that everyone is equal, but that everyone should be given an equal opportunity to make what he can of himself.” “…Their job, at first, is to wean America away from its “love affair” with liberalism. To do this they will drive a wedge between liberalism and democracy….Democracy is the rule of the people, or rule according to the will of the people or the majority.” It can easily be used to suppress liberalism. By demagogic manipulation democracy, through a populist appeal, can be turned against liberalism.” “The essential first task… is to produce ideology…to attack liberalism and gain power. Strauss’s hatred of liberalism is so virulent that he sees the struggle against it as a war, and in war all is fair. For this reason Straussians will use every dirty trick they can think of in the democratic arena in order to defeat liberalism. While doing so they will corrupt democracy itself. But since democracy is only a tool with which to defeat liberalism in order to institute the true Straussian hierarchical society, this is of little import. In the end they will jettison democracy if to do so is expedient.”

Noam Chomsky, author of “Hegemony of Survival”: “And they happen to be an extremely arrogant, dangerous group of reactionary statists — they’re not conservatives.” There was a time in America’s recent past when similar attacks on progressives, liberals, and liberalism, and democracy itself, arose. In 1934 men representing a clique of multi-millionaire industrialists and bankers who hated U.S. President Franklin D. Roosevelt (FDR) with a passion, and saw his “New Deal” policies as the start of a communist take-over that threatened their interests sought to overthrow the American government and replace it with a fascist dictatorship. Behind the plan to bring fascism to America was the American Liberty League, a pro-business think-tank and ultra-right wing lobby group comprised of some of America’s wealthiest bankers, financiers and corporate executives “Created in August 1934, this association of wealthiest corporate leaders said its goals were “to combat radicalism, to teach…respect for the rights of persons and property, and generally to foster free private enterprise.” It attacked government funding for poverty relief and social services and opposed all “burdensome taxes imposed upon industry for unemployment insurance and old age pension.”
http://coat.ncf.ca/our_magazine/links…