Home AMERICAN EXCEPTIONALISM Let’s Be Honest – Stalin Was Less of a Criminal Than Churchill, Truman, and LBJ 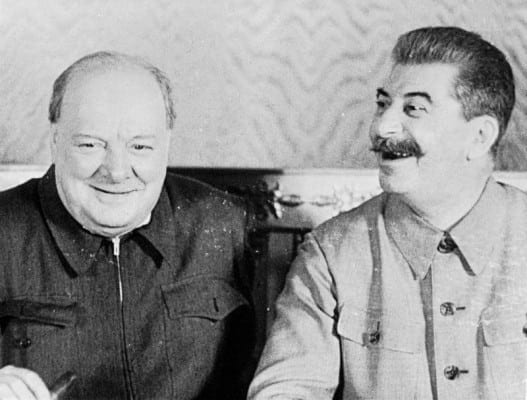 The British Prime Minister Winston Churchill and the Soviet leader Joseph Stalin share a joke in the Krelim, Moscow, in 1942.  (MOI) FLM 1117  Part of MINISTRY OF INFORMATION FILM STILLS COLLECTION

Churchill murdered 100s of 1000s of defenseless German women and children in fire bombing raids when Germany had already lost the war. He was a monster.

We have long maintained that the truth about the USSR, in general, and particularly the Stalin period, has long been the object of the most cynical, mean-spirited, and comprehensive propaganda effort ever seen in the annals of history.

For reasons of sheer class interest among the plutocrats of the West, the business elites that still rule most of the so-called “capitalist democracies,” the demonization of Stalin was a necessity, a campaign only briefly interrupted by World War Two and quickly resumed literally a few hours after its ending. 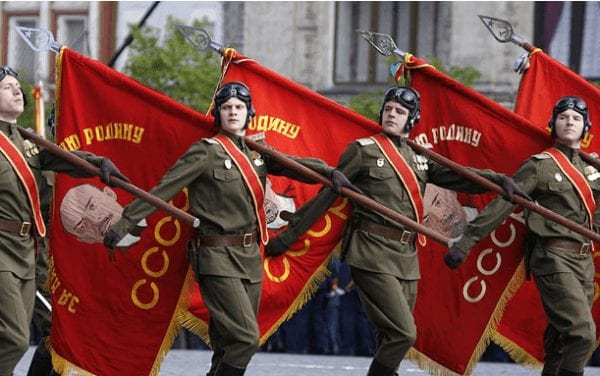 Russian tanker crews parade in victory celebration over fascism (2013). Note that Russian armed forces still honor Communist icons. After all, it was the Communists who created the Red Army.

The Western elites —with the American ruling circles in the lead—correctly saw an enemy in Stalin. They could not bribe him and they could not intimidate him. Nor could they easily topple him, as they had done (and still do) countless times with weaker, “inconvenient leaders.” What’s more, Stalin was at the helm of a powerful nation and titular leader of an ideology directly opposed to their indispensable economic system. Occasional diplomacy aside, they hated him. He and his nation stood in the way of their plans for global hegemony. So the the venom had to flow and did—abundantly. And in that sordid enterprise the capitalist elites found countless allies, not to mention the usual battalions of ignorant, useful idiots.

As any propaganda student will attest, when vilifying a nation’s policies and social values, it’s far easier (and effective) if the propagandist aims the Big Lie machine at its leader. As we have seen in recent times with Gaddafi, Saddam Hussein, Bashar al-Assad, Fidel Castro, Iran and North Korea’s leaders, Venezuela’s Hugo Chavez, and finally Putin—among many others (the empire is never lacking in “dangerous enemies”)—the character assassination of a leader is an old tactic to prepare the perennially benighted home population for an attack on the targeted nation. 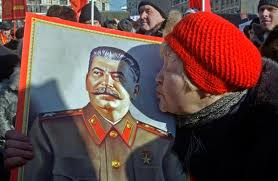 From this perspective it’s not difficult to see that if the Ministry of Truth could swiftly complete the total demonization of Vladimir Putin—a figure in good standing merely 3 years ago—and not even an avowed socialist, one can only imagine what outrageous fabrications they could have concocted (and did) to cordon off the image of Stalin, an outspoken communist, over several decades. This made eminent sense to the West’s doctrinal gatekeepers. Given the identification of Stalin’s long rule with the Soviet Union at its most embattled, the blackening of Stalin’s name served an important purpose: it provided the Western propagandists an invaluable shorthand—an “irrefutable symbol” of communism’s putative evil—to block the very idea of genuine socialism as an option for humanity. 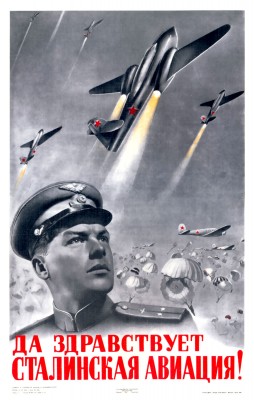 The preceding is obviously not to argue that Stalin was a flawless leader, or a saint who just happened to have a powerful army, or that he didn’t make some serious mistakes. He did. However, the most elementary fairness demands that we ask, which world historical figure confronted with enormously difficult choices emerges today (barring self-serving ideological propaganda) unscathed from close and impartial examination?

Judging Stalin by the context in which he had to act, and even more important, the purposes he served, he was arguably no worse, morally, than most Western leaders, and by any rational measure, probably a damn sight better.  For who are these distinguished gentlemen who have led the West for over a century now? 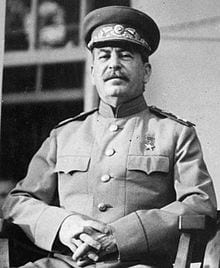 Contrary to perceptions in the West, many Russians hold a positive view of Stalin

Churchill, the most revered member in the club, was an unapologetic racist and imperialist who in the 1920s endorsed the policy of RAF bombing and gassing Iraqi villages (Mesopotamia) into submission, for failure to pay their assigned tribute. JFK, Lyndon Johnson, and Nixon pursued an illegitimate, barbaric, genocidal war in Vietnam that remains one of the horrors of modern imperialism. Truman dropped the bomb on the Japanese as a way to keep the Soviets “in line,” making America so far the only nation to have used nuclear weapons on a civilian population. And during the postwar, the US tentacles, chiefly acting through the CIA and its clients, have managed to murder and repress tens of millions of people around the globe—in all latitudes and scores of nations, from the Philippines, to Indonesia to Chile, to Nicaragua, to Iran, the Congo, Korea, the entire Middle East, literally bathed in blood—always in pursuit of geostrategic advantage, and the suppression of popular democracy in order to better permit the continuation and maximization of corporate profit. So much for the inherent perfidy of communism and angelic innocence of capitalism.

The record is by now so huge and consistent, the hypocrisy so staggering, that we can state categorically there is not a single case in which America has used its immense diplomatic and military power to back a genuine democratic leader (such people are immediately branded “communists” and dealt accordingly) or assisted people struggling for freedom from class oppression. It’s a vile and hypocritical record that continues to this day, thanks to the complete brainwash to which the American population has been subjected as a measure of pre-emptive pacification. The whole thing is amply documented so there’s no point in even trying to refute it.

It’s reasonable to assume that, if it had not been for the Soviet Union, whose maturation into a world power Stalin oversaw, Russia would have lacked today the foundation to defend itself from the West’s all out attack to destroy its sovereignty and even physical integrity as a free and cohesive political entity…

In any case, recovering the truth about Stalin and the USSR from the cesspool of hostile propaganda in which the enemies of socialism situated it, assisted by the perennially misguided and often fanatical anti-communist and especially anti-Stalinist leftists, is no task for the weakhearted.

That’s why we salute our colleagues at Russia Insider, and its editor, Charlie Bausman, in particular, for their decision to publish Grover Furr.  Letting this scholar speak to a larger audience is a badly needed blow for truth —especially in the current context of reckless warmongering on Russia’s and China’s doorstep. The Big Lie must be defeated if a lasting peace is ever to be attained by humanity.

The Problem With Human Rights Organizations

What Israel Could Have Taught Dixie