Home ACTIVISTS & HEROES What Israel Could Have Taught Dixie

What Israel Could Have Taught Dixie

An International Incident in the Making 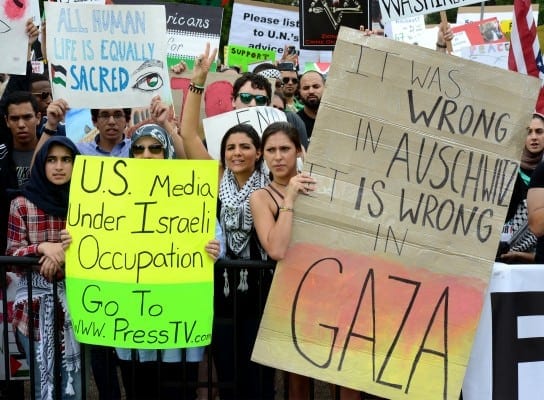 [dropcap]I[/dropcap]srael could have taught segregationist Dixie a thing or two. Some 50 years after the wave of civil disobedience campaigns to end Jim Crow in the U.S. South, there is a new campaign of direct actions. This time the target is the Israeli stranglehold on Gaza. In 2010, 2011, and now 2015, international civil society has raised hundreds of thousands of dollars to organize flotillas of boats sailing through international waters toward the shores of Gaza. Each time they have been intercepted (though prior to the publicized flotillas, individual boats successfully ran the blockade multiple times).

In 2011, most of the boats were never permitted even to depart from Europe. If the forces of Jim Crow had been able to match Israel’s reach and cunning they would have detained the Greyhound buses carrying Freedom Riders in Washington D.C., before they ever got going. The Freedom Riders were effective in generating social change because they, merely by existing as a peaceful, integrated group, provoked repression and violence witnessed by the world. The Rides were denounced by the establishment for “incitement and provocation,” in the same way Israeli officials habitually label the flotillas a “provocation.”

The lethal brutality of the Israeli assault on the 2010 flotilla had a similar impact. Ten people were ultimately executed by IDF forces in the assault. The details of the incident are still widely misreported, though the press have had several years to ascertain the facts. For instance, in a current article the BBC reports that “nine Turkish activists were killed aboard another vessel amid clashes as Israeli commandos boarded the boat.” It is rarely noted that one of the dead held U.S. citizenship, an embarrassing truth for Washington. The tenth victim, unmentioned, languished in a coma for several years before finally succumbing to his injuries. Note too, the gloss on the violence – “clashes” – which obscures the ugly reality. The naval commandos boarding the lead ship of the flotilla responded to the (perhaps unexpected) resistance from passengers armed with simple impromptu weapons – metal poles and handrails gleaned from the ship – by firing headshots from their high powered rifles.

The impact of the Freedom Flotilla is widely acknowledged. The Israeli attack “drew denunciations from around the world and triggered a breakdown in the country’s relations with Turkey” (Ruth Eglash, Jerusalem correspondent for The Washington Post, providing a standard summary). Mindful of the self-inflicted public relations damage of the previous year, in 2011 Israel and the US cajoled the Greek government into preventing most of the Freedom Flotilla 2 boats from leaving their shores to enter international waters. Israel has not been quite so successful this time around. However, even if it was not able to prevent the new flotilla from setting off, it has learned to detain the boats with more restraint.

Unlike the savage beatings administered to the bus passengers on the Freedom Rides, the authorities are attempting to quietly detain the boats of the third Flotilla, avoiding a spectacle for the media while still preventing Gaza from accessing the outside world. Sabotage is another regular feature of the Israeli arsenal of responses to the flotillas. Damaging boat propellers can effectively dry dock a vessel for some time and, so long as the Israeli operatives are not caught in the act, leaves no visuals behind dramatic enough to attract substantial media coverage. 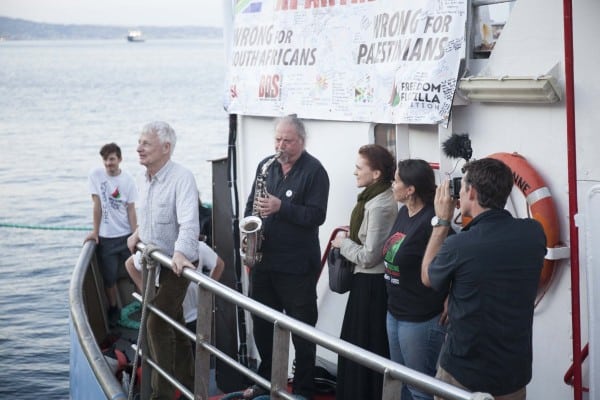 If the IDF has learned it is unwise to execute foreign activists participating in a very public international effort conducted by a coalition of NGOs, the politicians have still not curtailed their bombastic language. Netanyahu’s hysterical rhetoric in response to the current flotilla is in line with a political climate in Israel that has become quite extreme in recent years. Consider the open disregard for uncontested reality displayed in the recent remarks of Israeli Defense Minister Moshe Ya’alon,

“There is no siege on Gaza, and Israel is the only entity in the region that allows a constant entry of various commodities and the carrying out of humanitarian projects. But we have no intention of allowing any entity to smuggle weapons that will be directed against us.”

At variance with well-established facts, the discourse appears almost comically crude to outsiders. Netanyahu has long maintained that the blockade will continue, irrespective of criticism from abroad. President Obama has attempted to sell an image of the U.S. as the mature big brother to Israel. The White House posture here is similar to the role it once adopted in relation to the Deep South. Last August, Obama warned sagely that the blockade cannot continue forever. But for a while longer perhaps. We’ll keep the military aid flowing in the meantime. There are significant differences between the two cases though. While Presidents Kennedy and Johnson were hardly civil rights activists, the White House did ultimately move to restrain the embarrassing savagery of the segregationists. There is little reason to expect similar moves from Washington today. 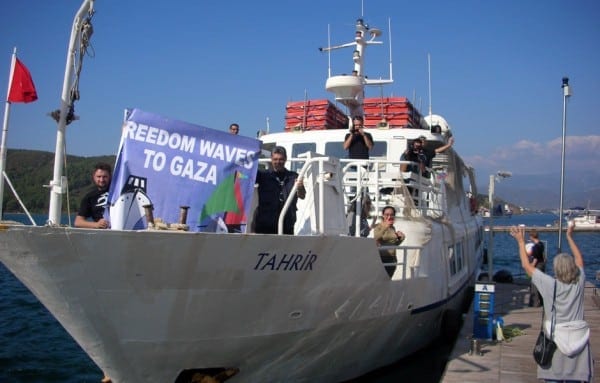 On Monday, the lead vessel of the Freedom Flotilla 3, whose passengers included Joint Arab List MK Basel Ghattas, Tunisia’s former president Moncef Marzouki, and a Spanish member of the European Parliament, was boarded by IDF naval forces (we do not yet know if they beat the passengers, in keeping with past practices) and taken to the Israeli port of Ashdod.

Such is the climate of anti-democratic extremism in Israel that the Palestinian-Israeli Knesset member, Basel Ghattas, is facing possible expulsion from parliament for his participation in the peaceful Flotilla. Ghattas explains that the threats of his expulsion are coming from segregationists “equally at home in a discriminatory Jewish state as a white Southern extremist in a Confederate state, [who] seek to diminish the rights of Palestinian citizens of Israel and their representatives in the parliament.”

While the Flotilla activists of the Marianne are detained at Givon prison in Israel, the world’s governments continue to watch impassively. Civil society’s attempts to dramatize the absurdity and cruelty of the unilaterally-imposed blockade of Gaza are met with indifference by the International Community(™). It is not as if the dire situation is not well known. Just last month, a World Bank press release headlined “Gaza Economy on the Verge of Collapse,” warned that the economy “cannot survive without being connected to the outside world.”

Last week in Ha’aretz, a retired major general and former head of IDF military intelligence named  Shlomo Gazit fretted that baring the civilian vessels from Gaza could create an international incident similar to the infamous handling of the Exodus 1947 vessel by the British in Mandatory Palestine. Gazit need not have worried. Though the flotilla passengers have no intention of immigrating and have not outfitted their vessels with barbed wire in the manner of the Exodus 1947, the Western media have covered the boarding and detention of the Marianne with a yawn. Still, the Flotilla is at least keeping the blockade crisis in the newspapers.

Shortly before setting sail as a participant in the flotilla on the Marianne vessel, Ghattas conducted a telephone interview with the Washington Post in which he explained,

“This is a nonviolent political action aimed at bringing attention to the blockade. We must remember that it is these conditions that will lead us to another circle of war within a month, a year or two years from now. So why not do whatever we can, make every effort possible, to change the reality, save lives and avoid another war?”

The question before us — all of us on the outside looking in — is how to deal with a Bull Connor smart enough to keep his attack dogs on their leashes when the cameras are turned on for the outside activists. What will we do?

Greed and Capitalism Have Wrecked The Planet