Home ABOMINATIONS The Edge of Heaven

The Edge of Heaven

BE SURE TO PASS THESE ARTICLES TO FRIENDS AND KIN. A LOT DEPENDS ON THIS. DO YOUR PART.
Crosspost with fraternal site Global Research 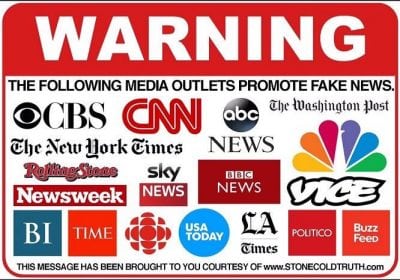 Walking along the shoreline, with the sun shining, the blue sky smiling and the crashing waves creating a myriad of pollution destroying negative ions. You look out at the horizon and feel like this must be ‘The Edge of Heaven’. Aesthetically it is, but it is we the caring who very often stand by that same wonderful edge. Those, like my wife, who make sure to recycle everything possible to avoid the garbage can… and the poison soaked landfill, are on that edge. The millions of us who volunteer to help others in physical, emotional  and economic need also stand by that edge of heaven. The many great writers who deny the empire’s mainstream media and keep on telling the truth… and of course the fine websites like Global Research, Information Clearing House, Greanville Post, Nation of Change, Consortium News, Black Agenda Report, Off Guardian, World News Trust… just to name a few. They all stand by the Edge of Heaven.

Anytime a person turns away from the crowd whenever that crowd is either misled or non caring, they really find the edge. It was heroes like Sophie Scholl who almost all of us could not even come close to emulating. She was inside the Nazi beast in Germany while her nation did such horrors. She risked her life, and literally ‘lost her head’ because of her need to speak ‘Truth to Power’. During the decade long debacle of USA imperialist meddling in the Vietnamese Civil War millions of my fellow citizens got off their duffs and marched for its end.

Before the Bush/Cheney cabal orchestrated their illegal and immoral invasions and occupations of Afghanistan and Iraq, February 15, 2003 saw multi millions of people throughout the entire world stand and march in the streets of their respective cities against it. Once again, we all stood by that edge of heaven.

Imperialism sucks, regardless of what nation institutes it. World Wars 1 and 2 were simply wars between imperialist nations, all fighting to either preserve or obtain lands of other peoples.

As an American, this writer must focus, out of true and genuine patriotism, on what the country I love has been and is doing to so many others in so many countries for so long. As with most military expressions to further imperialist aims, those who make up what we now label ‘The Deep State’ are slowly bankrupting us. Of course, the mega millionaires will never worry about balancing their individual family budgets. It is only the 99+ % of us who will suffer. Between the major corporations in all the key industries squeezing every dime out of us, and the military spending now sucking over 50% of our federal tax revenues, we all will soon face not ‘The Edge of Heaven’ but the ‘Abyss of Hell on Earth’.

ADDENDUM
The story of the heroic White Rose resistance group in Nazi Germany
Their example lives on.

Watch this true story based on the courage of Sophie, her brother Hans, and their friend Cristoph who had the faith and fortitude to stand AGAINST the Nazi regime at the height of its power during WWII. Is this coming to America? Will we each have to face the same system she did? If that does happen, what will you do when the time comes to speak for what is right? What happens when freedom becomes a crime?
ABOUT THE AUTHOR
Philip A Farruggio is a son and grandson of Brooklyn, New York, longshoremen. He has been a freelance columnist since 2001, with more than 300 of his essays posted, besides The Greanville Post, on sites like Consortium News, Information Clearing House,  Global Research, Nation of Change, World News Trust, Op-Ed News, Dissident Voice, Counterpunch, Activist Post, Sleuth Journal, Truthout and many others. His blog can be read in full on World News Trust., where he writes a great deal about the need to cut military spending drastically and send the savings back to save our cities. Philip has an internet interview show, "It's the Empire... Stupid" with producer Chuck Gregory, and can be reached at paf1222@bellsouth.net
EMERGENCY

Under the Blood Moon