The Bastardization of Traditional Progressive and Conservative Parties 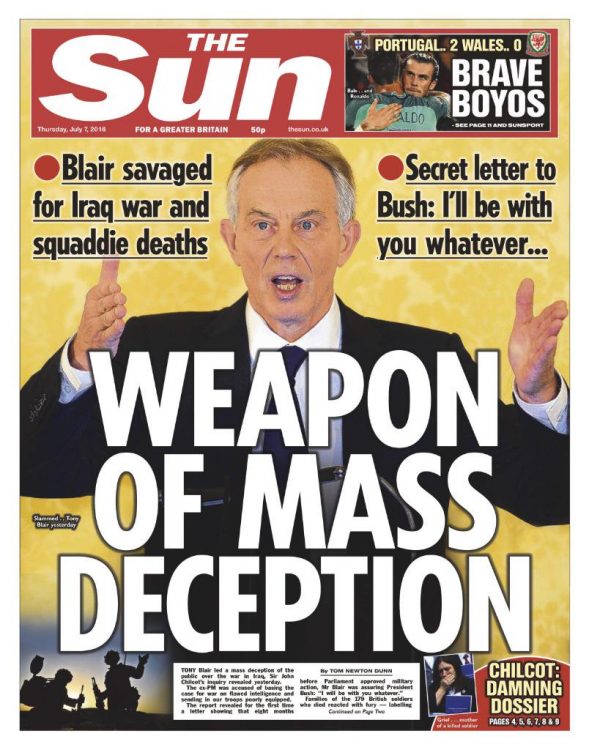 The sociopathically cynical and corrupt Tony Blair, technically a Nuremberg class war criminal, continues to operate with influence and impunity in world politics. His latest stunt was to stoke the fires that consumed Jeremy Corbyn's bid for power.

The two major political parties, the Conservatives and Labor, are mere shadows of their former selves. Fresh from a major landslide victory in England, the Conservative Party, led by Prime Minister Boris Johnson, is now a hard-right party. Traditional Tories like Nicholas Soames, the grandson of Winston Churchill, and Kenneth Clarke, the grand old man of Conservative Party politics, were expelled as members of the Conservative ranks sitting in the House of Commons as a result of their September 2019 vote against Johnson’s government and their pro-European Union positions. With Johnson’s December 12 election victory, backing for Johnson’s Conservatives has come from such far-right stalwarts as Brexit Party leader Nigel Farage and the Britain First movement of neo-fascist street hooligan Tommy Robinson.

Johnson has transformed the Conservative Party into one that follows him in virtual lockstep. A similar situation has occurred with the Republican Party in the United States. It has been transformed into a party that worships Donald Trump as a cult leader. Traditional Republicans like former governors John Kasich, William Weld, Arnold Schwarzenegger, Tom Ridge, Christine Todd Whitman, and other former governors, senators, and US House members no longer have a political home in what has become the “Trump Party,” one that eschews the policies of past Republican presidents like Abraham Lincoln, Theodore Roosevelt, Dwight Eisenhower, and George H. W. Bush.

Britain’s other major party, Labor, returned to its traditional socialist roots under leader Jeremy Corbyn. A series of “New Labor” leaders, including Neil Kinnock, Tony Blair, Gordon Brown, and Ed Milliband, transformed Labor into a pro-multinational corporation and free trade party barely distinguishable from the traditional Tories. After being elected leader of Labor in 2015, Corbyn faced a media and political disinformation onslaught that called him everything from a Communist to an anti-Semite. That barrage of lies resulted in Labor suffering its worst defeat since 1935 in the December 12 general election. Chomping at the bit to restore Labor to its pro-corporate/pro-Israel past, former Prime Minister Blair warned against the “hard left” policies of “Corbynism.”

It was Blair who was behind the concerted media and propaganda campaign against Corbyn. Corbyn suffered from the same sort of insidious attack from Labor’s right-wing tendency as that suffered by past traditional baseline socialist Labor politicians like Aneurin Bevan, Harold Wilson, Michael Foot, and Tony Benn.

Blair drove additional knives into Corbyn in stating that Corbyn “personified an idea, a brand of quasi-revolutionary socialism, mixing far left economic policy with deep hostility to western foreign policy, which never has appealed to traditional Labor voters, never will appeal and represented for them a combination of misguided ideology and terminal ineptitude that they found insulting.

No sentient political party goes into an election with a leader who has a net approval rating of -40 percent.”

Yet, it was Blair who was behind the concerted media and propaganda campaign against Corbyn. Corbyn suffered from the same sort of insidious attack from Labor’s right-wing tendency as that suffered by past traditional baseline socialist Labor politicians like Aneurin Bevan, Harold Wilson, Michael Foot, and Tony Benn. Individuals like Blair and his ilk conveniently forget that the Labor Party was formed at the turn of the last century by colleagues of Karl Marx, someone who definitely saw no place in a workers’ party for those that sought their exploitation.

After the end of World War II, Labor’s right-wing faction saw to it that any Labor leader that voiced opposition to NATO and American foreign policy was drummed out of the party’s leadership ranks. Prime Minister Harold Wilson’s opposition to the Vietnam War helped seal his fate, as did Bevan’s initial opposition to Britain’s nuclear weapons. Foot favored unilateral disarmament, resulting in Kinnock taking over as Labor leader after the party’s electoral defeat in 1983. Benn always remembered Labor’s socialist past and it prevented him from ever becoming prime minister. Not only did Britain’s MI-5 and MI-6 intelligence services constantly place Benn under surveillance, but the US Central Intelligence Agency propaganda, distributed in British media, made false allegations that Benn was a Soviet KGB agent. The same sort of CIA disinformation targeted Wilson, Foot, and Bevan.

When Corbyn attempted to restore Labor’s former mayor of London Ken Livingstone to Labor party ranks, Corbyn was accused of being an anti-Semite, merely because Livingstone compared some of Israel’s policies against the Palestinians to those of the Nazis in occupied nations. Livingstone, nicknamed “Red Ken” by his detractors, was seen as part of the same Labor left faction as Corbyn. There are a number of Labor officials vying to succeed Corbyn. Although they have been part of Corbyn’s team, most of these heirs apparent are negotiating for support from the Blairite faction. Chief among them is Keir Starmer, Corbyn’s Shadow Brexit Secretary, who the anti-Corbyn faction favors as the new Labor leader.

Benn’s recognition of Labor’s Marxist roots was demonstrated by the following passage:

“The Communist Manifesto, and many other works of Marxist philosophy, have always profoundly influenced the British labor movement and the British Labor Party, and have strengthened our understanding and enriched our thinking. It would be as unthinkable to try to construct the Labor Party without Marx as it would be to establish university faculties of astronomy, anthropology or psychology without permitting the study of Copernicus, Darwin or Freud, and still expect such faculties to be taken seriously.”

Australia’s governing Liberal-National Coalition has steadily moved to the extremist right under two fundamentalist Christian prime ministers – Tony Abbott and the current prime minister, Scott Morrison. Similar to the leadership of the US Republican Party and the Conservative Party of Canada, the “Coalition,” as it is known, has become a home for xenophobes and climate change deniers. Morrison’s ignorance of the dangers of climate change were recently on full display as the hottest temperatures in recorded meteorological history were registered in Australia. As Australians with respiratory and other health issues suffered from the extreme heat and as a massive outbreak of brush fires swept Australia, Morrison decided to cut short his mid-December family vacation in Hawaii. Unlike past Coalition prime ministers, including Malcolm Fraser and Malcolm Turnbull, Morrison is totally beholden to Australia’s mining interests, including the coal industry. As far as Morrison is concerned, there is no climate change and Australians suffering from its effects can be damned.

As for the Australian Labor Party, it has not exercised a socialist mandate since 1975, when Prime Minister Gough Whitlam was ousted in a constitutional coup brought about by the CIA, Australia’s security services, and the Australian Governor-General. Never again would there be a Labor government like that of postwar Prime Minister Ben Chifley, who attempted to nationalize Australia’s banks, or Whitlam, who moved Australia into a more non-aligned foreign policy. Today, Australia’s Labor and Coalition parties differ only slightly in foreign policy and seek campaign donations from the same vested business interests and consortiums.

The steady drift of traditional conservative parties to the far right and neo-fascism and the insistence by traditional social democratic and working-class parties to adopt pro-business and anti-labor positions is why large blocs of voters feel abandoned. It is precisely because labor and social democratic parties have purged from their dogma any mention of state control of utilities, transit, health care, and other key public sectors that they are now at their lowest electoral strength in recent history in Britain, France, Germany, Italy, Netherlands, Austria, Sweden, and Finland. And it is because traditional conservative parties have eschewed bedrock principles of conservation and environmental protection; multilateralism as practiced by postwar conservative leaders; and inflation-free economic stability that has many conservatives wandering aimlessly between the neo-fascists who have taken over conservative parties and progressive parties that do not seem to stand for anything. 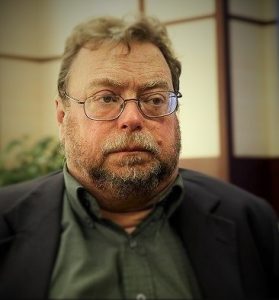 Wayne Madsen is an investigative journalist, author and syndicated columnist. A member of the Society of Professional Journalists (SPJ) and the National Press Club.