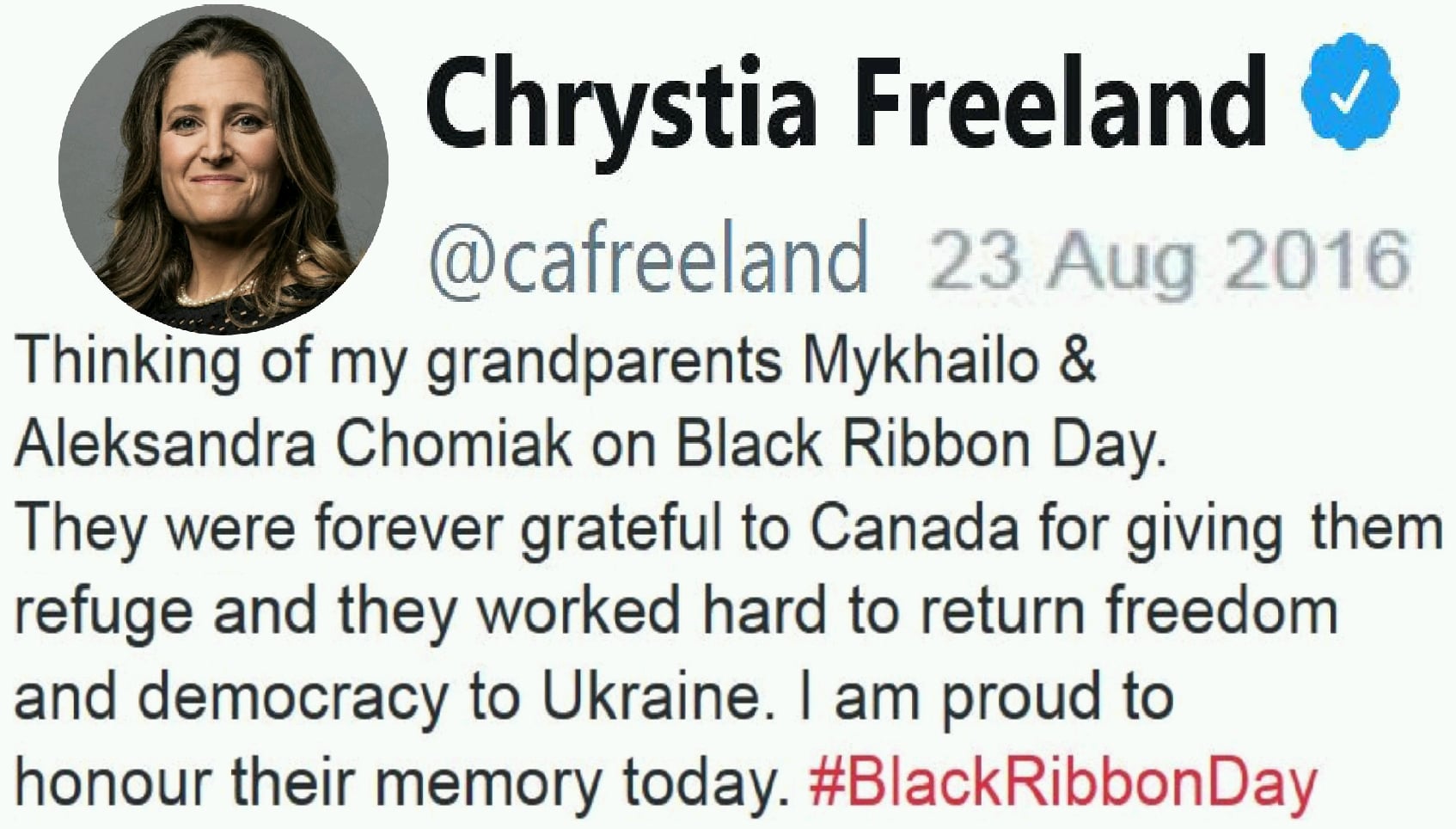 Knowingly, and with the blessing of the Americans, the Canadian elites have elevated a crypto-fascist like Chrystia Freeland to the country 's highest offices in domestic and foreign affairs.

https://coat.ncf.ca/P4C/70/70_25-26.htm
Click above for my articles exposing this ever-growing, far-right campaign.
Here is some historical context on Aug. 23, 1939, that BRD's profascist groups would rather we all ignore, such as the meeting at the Kremlin one week earlier when UK and French officials refused Soviet pleas to join them in a military alliance to squash Nazi Germany. https://coat.ncf.ca/P4C/70/70_17.pdf 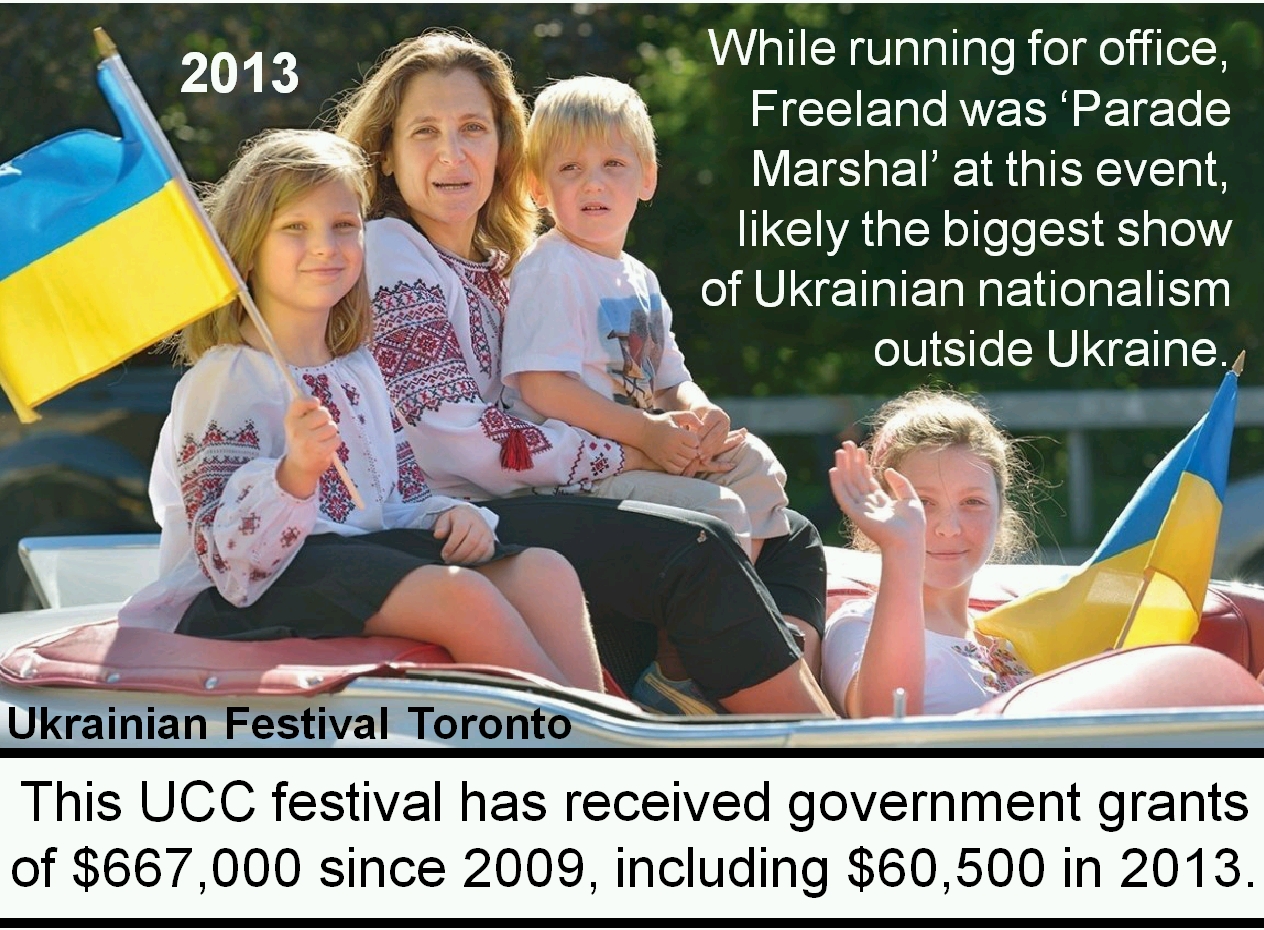 BRD was first spawned in 1985 by pro-NATO, anti-Soviet East European émigré groups in Toronto whose founding leaders were riddled with fascist collaborators, SS veterans, Holocaust perpetrators, and top officials of Nazi puppet regimes. In 2009, Liberal MP (Ontario's former NDP premier) Bob Rae's pro-BRD motion received all-party support in Parliament.
Cda's fascist-rooted grps have never been closer to power! The most egregious of them represent the far-right Ukrainian diaspora with which Freeland was worked for 30+ years.
https://coat.ncf.ca/P4C/70/70_52-54.htm
https://coat.ncf.ca/P4C/70/70_56-58.htm
These groups still get millions in govt handouts for big events, programs, propaganda organs and community centres that aid & abet the glorification of their fascist war heroes.
https://coat.ncf.ca/P4C/70/70_50-51.htm
https://coat.ncf.ca/P4C/70/CdnGovtFunding.htm
Please help expose this scandal! Learn more, share online, and order copies of my 64-page, full-colour report ("Defunding the Myths and Cults of Cold War Canada"). https://coat.ncf.ca/P4C.htm
My articles on BRD's history are linked to other resources documenting the far-right groups that were key to gaining mass-media and govt support for this ongoing, global disinformation crusade. For example: 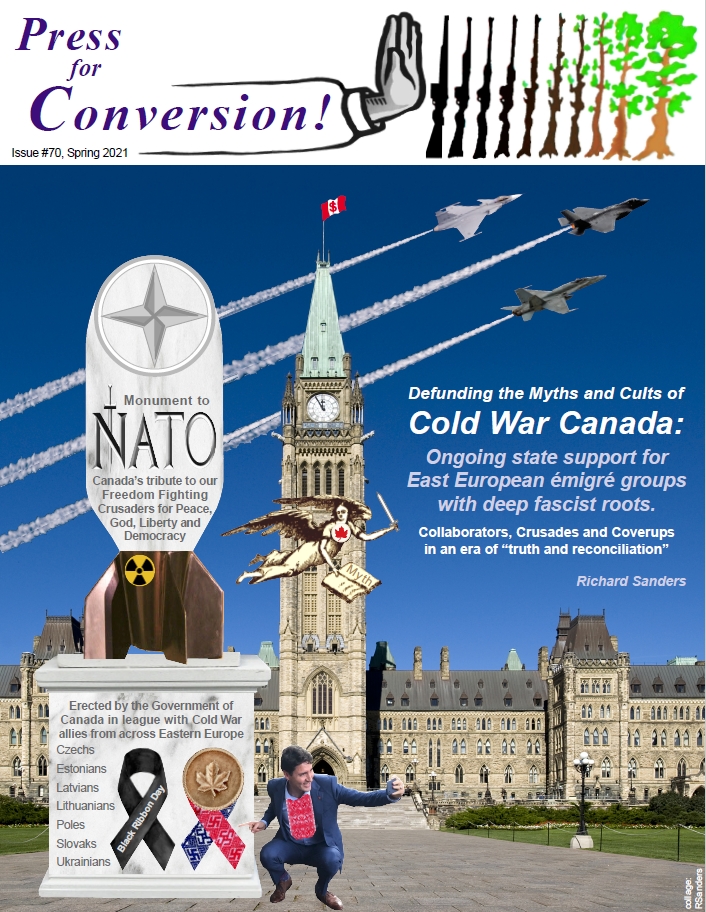 And don't forget to download this PDF:
The ignored historical context of Black Ribbon Day

And finally, this one:
The Late Cold War Context of the BRD Crusade
—Rich
Richard Sanders is a Canadian activist, anti-fascist and anti-imperialist. He pushes back against all forms of warmongering and NATO Cold War disinformation, regardless of the targets.