Home ABOMINATIONS And now, one word from our wannabe Masters about the Bucha false flag

And now, one word from our wannabe Masters about the Bucha false flag

Almost 85% of rabidly imperialist Neocons are Jews. Russophobia runs deep in the Jewish community today, yet, it didn't use to be that way. Not when progressive and left-wing Jews had a voice in the media and the civic life of the US and Western Europe. Before Zionism preempted the Jewish conversation with its obsessional mono focus on Israel, Jews were leaders in many vital struggles, some outright revolutionary. Where did they go? And now we have this excrescence. 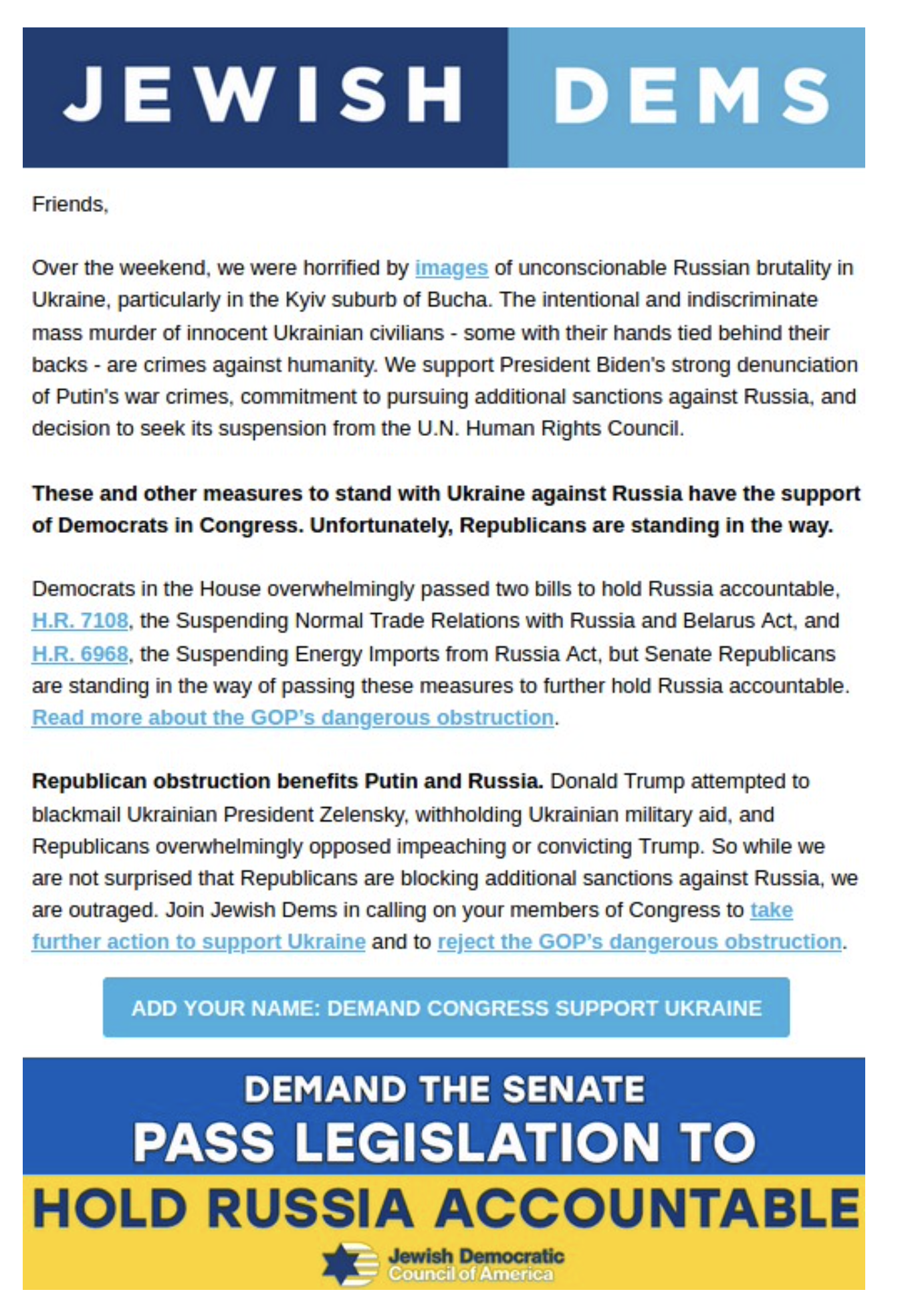 The probable truth about Bucha. Don't ask CNN or the NYTimes to tell you about this. Russian sources and independent observers contradict the Bucha "Russian massacre" false flag story.

Civilians of Bucha were shot by the Nazis "Boatswain" 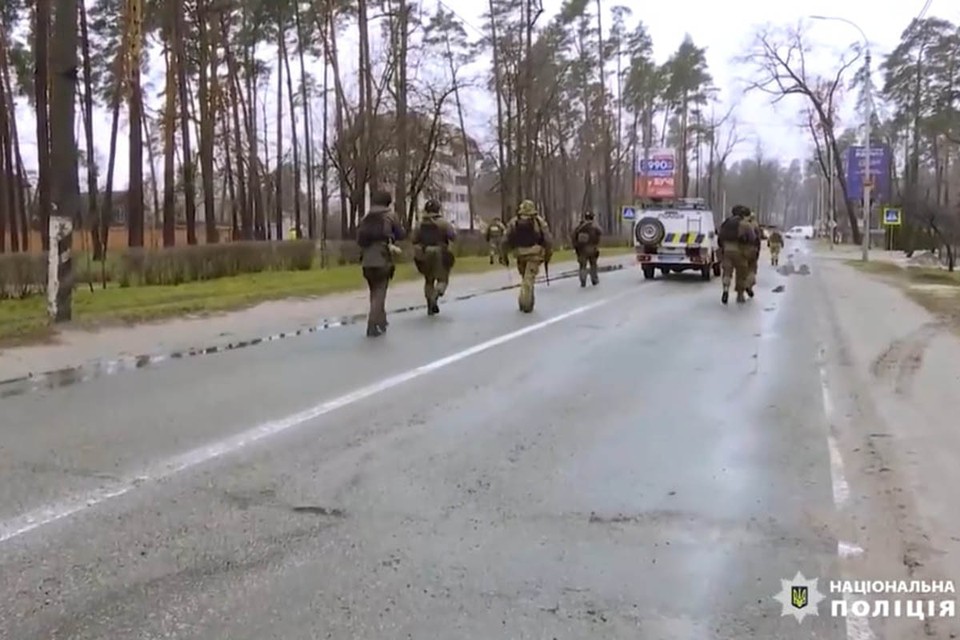 The morning covers of Western newspapers, as expected, exploded with the headlines "Nightmare in Bucha", "Genocide", "Mass murder of the innocent". The meaning of the publications is reduced to one "axiom": "Russia must answer for the execution of civilians in the suburbs of Kyiv." The terrible footage was published by the Ukrainian side the day before, the Russian military was indiscriminately accused of torture and extrajudicial executions. The proof is only footage of the unfortunate on the streets, in basements, many have their hands tied behind their backs. Killer picture. And I’ll say right away that I have no doubt that in the photo and video there are really the bodies of the dead. There were enough of them in Bucha. But who shot the unarmed? Let's restore the chronology.

On March 30, Russian troops withdrew from Bucha as part of a regrouping. This is stated by the Ministry of Defense of the Russian Federation. I was these days in the suburbs of Kyiv. In fact, the withdrawal of our units began even earlier. It's just that by the 30th there was not a single soldier from Russia left in Bucha. The enemy did not immediately realize this. And he continued to inflict artillery strikes on our former concentration areas.

On March 31, Bucha was visited by the mayor of the city, who pathetically announced the "liberation" of the settlement. At the same time, without saying anything about the corpses on the roads. On the same day the deputy and wrestler Zhan Beleniuk visited here . In the photo, he is smiling, which would look out of place against the backdrop of dead bodies. The statement of the mayor, in fact, was premature - I really wanted to hurry things up. But Ukrainian forces have not yet taken control of the entire city. Artillery continued to work in separate areas. 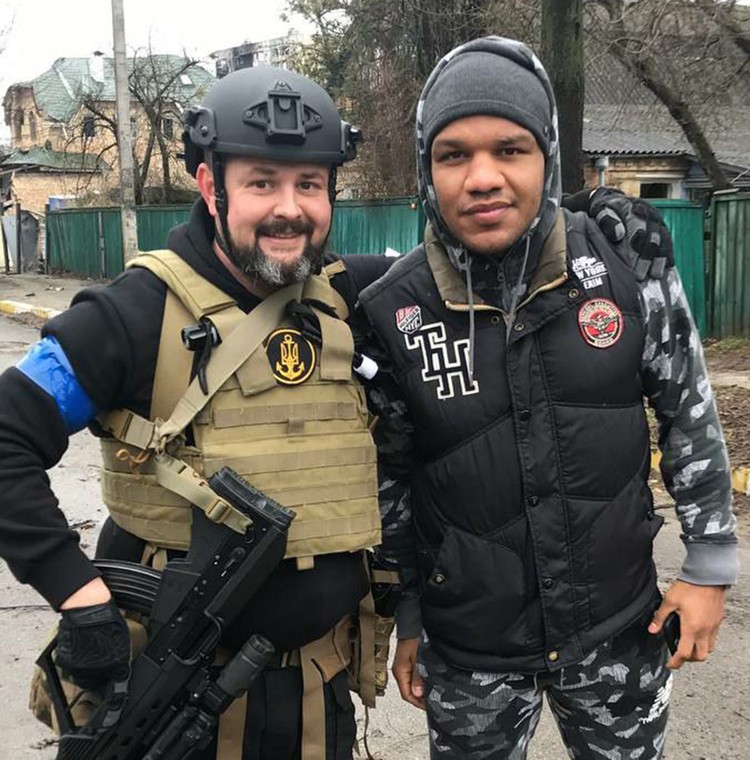 On April 2, the National Police of Ukraine enters the city. A long video of their work to clean up the city has been preserved on the Web. There is everything to understand the atmosphere there - crumpled cars, destroyed buildings, joyful locals, one of whom says that they wanted to shoot him for Ukrainian symbols, but for some reason changed their minds. There are no only bodies scattered around the city.
Video from the chat of Bucha residents on April 1: the streets are empty

On the same day, units of the Kiev Territorial Defense entered Bucha from another direction - to clean up. Among them is a detachment of a certain Boatswain. On the footage of their video chronicle, one of the militants asks the question: “There are boys without blue armbands, can they be shot at?” "And then!" - happily replies the other. And this is the key point.

"Boatswain" is a neo-Nazi Sergey Korotkikh , well-known in Russia by the nickname "Malyuta" . At one time, he was one of the leaders of the RNU and the closest associates of another far-right figure , Maxim "Tesak" Martsinkevich . Born in Togliatti, grew up in Belarus. Since 2014, he fought in the Azov battalion. In Russia, such neo-fascists do not take root, but Ukraine welcomes them with open arms. It was he who gave the go-ahead to fire on people without identification marks. The blue bandages on the sleeves are the identification mark of "friend or foe" of the Ukrainian forces. In order not to open fire on their own from afar. During sweeps, people's nerves are strained to the limit and any little thing is enough to pull the trigger. For example, the lack of an identification mark. Or the presence of another - enemy.
Bodies in Bucha with white bandages 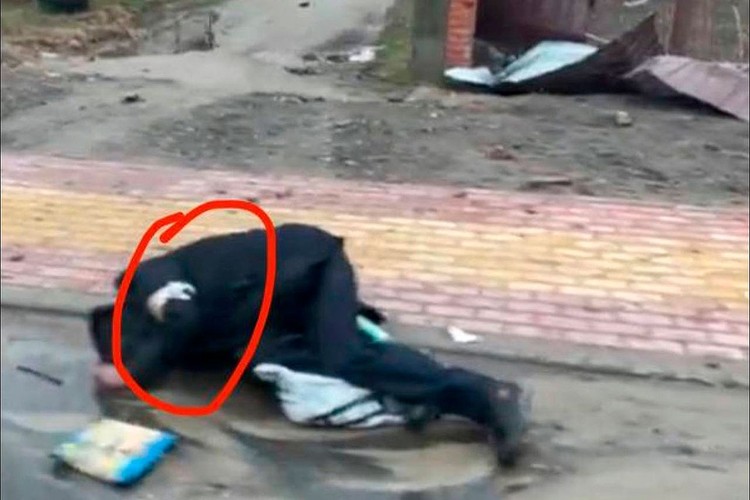 And now let's take a closer look at the video and photo materials published by the Ukrainian side. Yes, it is quite obvious from the not dried blood and not yet stiffened bodies (the nationalists pull them and move them from place to place) that they were not killed on March 30th. But most importantly, most of those killed have white armbands on their sleeves. Who has a ribbon, who has a bandage, who has just a rag. The white armband is the identification mark of the Russian forces. Nobody forced the locals to put them on, they did it themselves to designate themselves - "we are ours." One of the locals, blogger Vladimir Sklyarov , describes his experience with the Russian military: “They said: “Tell everyone that we will not hurt anyone. Let them hang white sheets on the windows so that we can see that peaceful people live here. Let them be calm. We only burn the Nazis and Bandera.”

This is so, a lyrical digression. What was going on in the city when the militants of the "Boatswain" and other Nazi leaders entered there? Natural cleaning.

They just killed people on the streets without knowing if they had weapons or not. And someone was captured and tortured. Footage from the basement, in which the Russians allegedly shot several people, confirms this. Among the dead are also people with white armbands. Most likely they were killed as "agents of the Russian troops" or "collaborators" who collaborated with the "occupation authorities."

Why didn't civilians take off their white armbands after the withdrawal of Russian troops? Because they didn't know about it. I repeat, for three more days after that, artillery strikes were carried out in the city, people sat in the basements, not sticking out. As soon as the cannonade subsided, they went upstairs and came under fire from their "zahisniks".

Frames with bodies appeared the next day - most likely, the Internet was given to the city, which disappeared during the fighting. At the suggestion of the Ukrainian authorities, the West began to disperse this great hoax of the “Buchan massacre”. As in the summer of 2014, when the Ukrainian front in Donbass was bursting at the seams and Kiev needed a breather, a passenger liner was shot down in the sky over the war zone. And Moscow was immediately blamed for the death of its passengers.

MURDER IN THE BASEMENT: One of the videos filmed by Ukrainian Nazis showing crimes supposedly perpetrated by the Russian army. But notice one of the victims clearly shows a white armband, the symbol for Kiev inhabitants who wanted to show their support for the Russian forces. The Russian soldiers obviously knew this and would not have arrested anyone showing sympathy for them. The video is a hoax, and it actually hides the identity of the real criminals.

With the provocation in Bucha, it is quite possible that Ukraine, with the support of the West, which should put pressure on Russia, is trying to save its group in Mariupol, which is living out its last days.
"Corpse" came to life on video in Ukrainian Bucha

Why the "Buchan Massacre" is a fake

Terrible secrets of the crippled city: how the Azov battalion surrenders Mariupol

KP special correspondent Dmitry Steshin - from the streets of the battle-torn city (details)
Subscribe to our Telegram and Viber , there is the most up-to-date information.
+235 _

The treachery and uselessness of liberals

The opening comment about how the Jewish community has basically been hijacked by the far right neocons is an important statement that is never discussed. As for Bucha, this is an informational counterattack to Russia’s opening up the biowarfare can of worms that would put most US presidents behind bars for violating the treaty outlawing such weapons. Now we hear that Russia, having been accused of this crime says, “Fine. Let’s investigate it publicly”. And the UK shows its true colors by scuttling it. This is a called “Obstruction of justice”, because the UK apparently has more to hide re… Read more »

It is striking how much present-day propaganda about Bucha resembles the anti-Russian propaganda that Nazi Germany listened to during WW II. And the more circumstances work against this propaganda, the shriller it becomes.