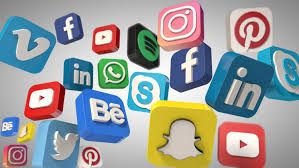 The almost total lack of a mass leftist media in the United States and even much of the developed "West" has presented the corporate order with a tactical and strategic gift of enormous proportions. For many generations now the establishment has controlled the national debate almost entirely, with the spectrum of visible opinion something of a joke, extending slightly from the center left all the way to the ultra right. The left message, banned from the normal channels of mass communications, and reaching only a minuscule segment of the population, had to survive on the margins, in an informational ghetto, where much of it still lives. During Vietnam, the antiwar message got traction due to the participation of millions of college students threatened by the draft. Still, respectable opinion never questioned the sheer immorality and criminality of that brutal and naked imperial aggression. The ethical argument was stillborn on the mainstream media. As far as the "visible left" was concerned, the critique was always about "pragmatic questions"; the war was a bad idea because it was not going well, it was draining the treasury, was causing troubles at home, or was not being managed efficiently,  a posture which obviously and ludicrously (for a "left") begged in most cases for ways to wage the war more efficiently rather than not at all.

In any case, due to unpredictable technological consequences injected by the birth and growth of the Internet, the power of this gift may be coming to an end as the leftist narrative makes inroads into the mass consciousness and the system managers themselves commit so many crimes and blunders that the whole order begins to crumble from within.

In the immediate sense, however, we remain largely stuck with a grotesque imbalance of media power whose consequences are both ugly and terrifying. The world is in a mortal crisis, literally looking into the abyss, and the main cause is the toxification of the human mind to the point of incapacitation by the systematic and deliberate negation of truth. The purpose of this  imposture is for the sole benefit of a puny and disgustingly privileged segment of society whose greed and sociopathy know no limits. In this context, American democracy, always far more illusory than real, has disintegrated to the point that only a few symbolic tatters remain, revealing what was always there, the ruthless face and ubiquitous power of the native and international plutocracy.

The search for a tactical solution

Since this global plutocracy, with its citadel in the United States, has enjoyed for a very long time the most formidable arsenal of weapons ever seen in history to maintain itself in power, it is a bit romantic to think it can be overcome by sheer force. However this simple fact should not lead us to believe the task is impossible. The biggest defensive tool of the criminal status quo, its main pillar, is not so much the muscle of the police or military, which anyone can see is quite overwhelming, but the enormous machinery of propaganda they are compelled to use to deform reality 24/7 in order to legitimate their rule in the name of a non-existent democracy.

It is this huge contradiction—this explosive truth— that constitutes the "Achilles heel" of the plutocracy, and, make no mistake about it, they are very much aware of it and already taking every measure they can to suppress it—without showing too much their real fascistic face.  So, just like we are in race to save the planet from further assaults and stave off collapse, we are also engaged in a different and even more encompassing race and critical race, a race in which our gains in consciousness liberation must always outpace the obfuscating responses of the status quo. It's a battle of communications we can't afford to lose. Only success in this race can give humanity a fighting chance to reconstruct and liberate itself from the global cancer of endless war and immiseration at the hands of capitalism. And hopefully attend in earnest fashion to the many problems created by this very same class in connection with nature itself.

Corporate power has amassed an awesome apparatus of repression and manipulation. But, believe me, they need it, because neither truth nor reality can be denied forever. Truth and reality, and I should say, justice and true kindness are on our side. And these are powerful things. The enemy can offer shabby, increasingly ludicrous imitations and simulacra of these virtues but never the real article, for if they did that they would stop being what they are, they would be committing suicide.

And besides truth and reality, the real left—at last—while still mired in almost total irrelevancy, seems to be sprouting the kind of people truly able to lead and wage these struggles. These words, which are no hyperbole, are inspired by the emergence, practically out of nowhere, of people like Caitlin Johnstone, a brilliant, and tactically gifted young woman who has already done much to change the equation. Caitlin, like our equally young collaborator Caleb Maupin, are both revolutionary communicators. Their arrival on the scene is literally a breath of fresh air for the still standing old guard, whose sacrifices, often over lifetimes of activism, remain real, valuable and mostly anonymous. Our task is clear: the mass mind has to be liberated, the people mobilized. Only then, by actualizing the potential of the left message will we create a true resistance to this infernal system and eventually win. In this struggle, Caitlin Johnstone has summed up the main tactic in a simple sentence: “…the single best way to take down the oligarchy is by aggressively and relentlessly attacking its propaganda engine.”

Let us all concentrate fire on that.