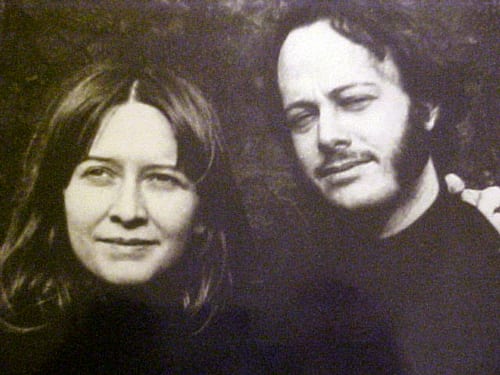 [A] Chilean court issued a ruling Monday that the commander of US military forces in Chile played a pivotal role in the murder of two US citizens following the September 1973 coup that overthrew the elected government of Salvador Allende and installed General Augusto Pinochet as dictator.

“The military intelligence services of the United States had a fundamental role in the creation of the murders of the two American citizens in 1973, providing Chilean military officers with the information that led to their deaths,” the ruling by Judge Jorge Zepeda said.

The ruling went on to say that the murders were part of “a secret United States information-gathering operation carried out by the US Milgroup [Military Group] in Chile on the political activities of American citizens in the United States and Chile.”

Horman, whose abduction and murder were depicted in the award-winning 1982 film Missing, was seized from his home by soldiers on September 17 and taken to Santiago’s National Stadium, which had been turned by the US-backed junta into a detention, torture and execution center. An estimated 10,000 people were incarcerated at the stadium in the immediate aftermath of the coup.

__________
EDITOR’S NOTE:
This post carries an Appendix  containing an account of the Pinochet coup by officers of the State Department and CIA stationed in Chile at the time. We think it is an excellent source of original historical material on this painful topic, and, despite being a document prepared by agents of the main power implicated in the coup, and sprinkled with a fair amount of excuses, it is amazingly dispassionate and accurate in other important details. It should be useful to any serious student of the Chilean tragedy to provide an insight into the American mind at the cutting edge in such events.—PG

Following the release of Judge Zepeda’s ruling, Sergio Corvalán, a lawyer for the families of the two slain men, pointed to the active role of the US government in the murder of Horman and Teruggi. “The Chilean military would not have acted against them on their own,” he said. “They didn’t have any particular interest in Horman or Teruggi, or evidence of any compromising political activity that would make them targets of Chilean intelligence agencies.”

Horman and Teruggi were part of an expatriate US community of students and young people who were drawn to Chile following the September 1970 election of Socialist Party leader Allende as president. Both worked for a leftist publication in Santiago called FIN. Horman was investigating the murder of the Chilean commander-in-chief, Gen. René Schneider, which took place in October 1970 and was part of a CIA operation to create the conditions for a coup to block Allende from being inaugurated the following month.

Allende, who called himself a Marxist, was a moderate social democrat who rejected revolution and preached a “peaceful road to socialism.” He was inaugurated, but his entire time in office was dominated by the efforts of the United States, under the supervision of National Security Adviser and later Secretary of State Henry Kissinger, to strangle the Chilean economy and prepare a military coup.

Horman was evidently singled out for elimination by Captain Davis and Davis’ superiors because he had detailed information about the direct role of the United States in the coup. Horman spent the day of the military uprising, September 11, and several days thereafter in the resort town of Viña del Mar, near the port of Valparaiso, which was the central base for both the Chilean plotters and US military and intelligence personnel who were helping to organize the overthrow.

While there, Horman spoke with several US operatives and took notes documenting the US role in the coup. Captain Davis actually drove Horman and a companion back to Santiago from Viña del Mar at the height of the military siege, when roads were blocked, a curfew was in effect and military checkpoints were omnipresent. Davis used the drive to question Horman about his activities.

The ruling issued Monday comes on top of declassified State Department documents released in 1999 confirming the US role in the murder of Horman and Teruggi. A document from August 25, 1976 stated: “There is some circumstantial evidence to suggest US intelligence may have played an unfortunate part in Horman’s death. At best, it was limited to providing or confirming information that helped motivate his murder by the GOC [government of Chile].”

However, the US government, with the general support of the media, has worked for over 40 years to cover up the murders and shield US officials, such as Kissinger, who bear political responsibility. Kissinger, at a meeting of the “40 Committee” on covert action in Chile held June 27, 1970, infamously declared, “I don’t see why we need to stand by and watch a country go communist due to the irresponsibility of its own people.”

Shortly after the 1973 coup, he sent secret instructions to the US ambassador in Santiago to convey to Pinochet “our strongest desires to cooperate closely and establish firm basis for cordial and most constructive relationship.”

The ruling by Judge Zepeda came about only due to the tireless efforts of family members of the slain Americans to expose the truth and hold US officials accountable.

In 1976, represented by the Center for Constitutional Rights (CCR), the Horman family sued Kissinger and other Nixon administration officials for the wrongful death of Charles Horman and the family’s pain and suffering caused by the concealment of his death. However, the government refused to grant access to classified State Department or CIA documents and blocked CCR lawyers from deposing US officials. The family was forced to allow the case to be dismissed “without prejudice” in 1980.

In 2000, Charles’ widow, Joyce Horman, went to Chile and filed a case there against Pinochet and his subordinates. Kissinger and other members of the Nixon administration State Department were named as witnesses. The Teruggi family subsequently joined the case.

In November 2011, Judge Zepeda indicted Chilean intelligence officer Pedro Espinosa as well as Captain Davis for complicity in the deaths of Horman and Teruggi. In October of 2012, the Supreme Court of Chile approved Zepeda’s order for a formal extradition request to the United States for Davis. Monday’s ruling was the outcome of the legal efforts begun by Joyce Horman in 2000.

Unbeknownst to post-Pinochet Chilean authorities, Davis was not living in the US, but hiding out in Santiago, where he reportedly died in 2013.

In response to Monday’s ruling, Janis Teruggi Page, the sister of Frank Teruggi, said, “The judge’s decision makes clear that US intelligence personnel who aided and abetted the Chilean military after the coup remain co-conspirators in this horrible crime.”

Joyce Horman released a statement saying: “More than 40 years after my husband was killed, and almost 14 years since I initiated judicial proceedings in Chile, I am delighted that the cases of Charles Horman and Frank Teruggi are moving forward in the Chilean courts. At the same time, I remain outraged that, through death and delay, a key indicted US official, Captain Ray Davis, has escaped this prosecutorial process. Judge Zepeda’s ruling both implicates and incriminates US intelligence personnel as playing a dark role in the murder of my husband.”

APPENDIX
The Chile coup as seen by members of the US diplomatic corps. The account is part of a series sponsored by the State Department, Moments in U.S. Diplomatic History.
__________

Chile’s Coup Against Salvador Allende and the Truth Behind “Missing”
More Moments in U.S. Diplomatic History

The U.S. Elite Run a Ukrainian Genocide While American Public Are Ignorant of It

Declare Your Independence From The Fascist Political Duopoly NOW!