OpEds
Suzana Megles
Cruelty is universal, knows no national boundaries, and is deeply rooted in cultural and religious beliefs of human superiority and exceptionalism, cystallized in the specious philosophy of speciesism.

Pupy Doe at the vet. She could not be saved. (click to enlarge)

[R]eading about animal cruelty can be very painful. We wonder how could such cruel people ever exist? But then on the opposite of the coin – thankfully, we find there are good and kind people as well who will do all they can to make up for the cruel ones.

UNITED STATES
There are so many accounts of man’s cruelty to animals that one does not know where to start writing about them. Here in the United States in the not too recent past, a Polish National got his hands on an innocent tiny 2 year- old pit bull whom he had adopted FREE on Craig’s List. 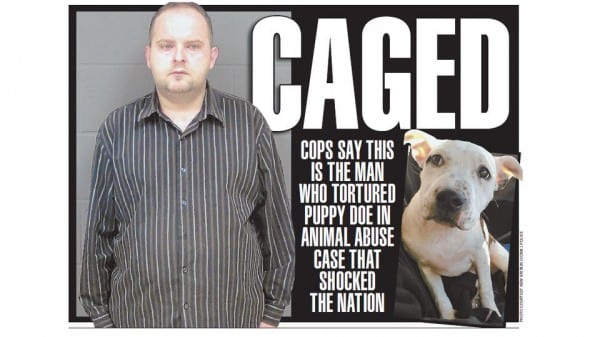 NEVER, NEVER offer an animal for free. If someone isn’t ready to pay something for a dog or cat, then it is a sign they don’t place much value on their lives. This cruel man — Radoslaw Czerkawski, 32, later stabbed her in the eye, burned her, pulled her limbs from her joints, and sliced her tongue in half. This tyrant was finally apprehended and faces decades in prison as he’s hit with 12 counts of abuse. 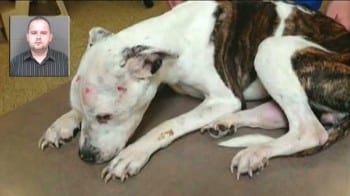 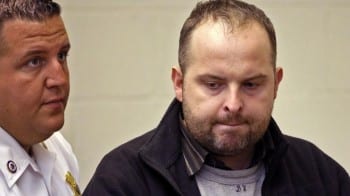 His innocent victim now called PUPPY DOE had to be put down because of the severity of her torture. The people of Boston realized the need for a law to try to prevent this cruelty happening again and on August 25, 2014 Governor Deval Patrick signed the “Puppy Doe” law in her memory.
BULGARIA: Today I read about a little Bulgarian stray dog named Borko. A kindly doctor who often rescued stray dogs rescued him after a man from a lynch mob beset on killing stray dogs took a bat and savagely beat the disabled Borko. Someone called the police, but they didn’t even bother to show up.
.

And now because of his concern for strays, Dr. Litov and his family were being evicted from their home. Sadly, journalists in the area incite crimes like this against good people like Dr. Litov in promoting a war against stray dogs. Yes, there maybe a stray epidemic, but instead of encouraging spay and neuter programs and care for pets, the citizens are encouraged to commit horrible acts as this one.

We do not share the author’s religious beliefs, especially Christianity, a faith rooted in abject dominionism. So it fails to surprise us that high officials of such religions, notably bishops, would refuse to pay attention to human crimes against “lesser features.”—Eds

.
Bulgaria is a member of the European Union which recently adopted animal protection laws. The 2008 Animal Welfare Law forbids inhumane treatment of animals. In 2011 an amendment was added to the penal code which criminalized extreme cruelty to animals. So why is this town in Bulgaria doing NOTHING to help Borko and allowing the cruel perpetrators to go unpunished?
.
The writer of this article so aptly answers the question: “While the laws may have changed, the mentality hasn’t. People in many parts of the world still, STILL, in 2013 consider animals to be disposable creatures that don’t feel pain. Even worse, some malicious people not only don’t care about (this) but take pleasure in the suffering of animals.”
.
I’m sure most of us cannot understand this mentality. Do these people believe in a just and loving God whose creatures they are brutalizing? Obviously not.
.
And law enforcement is culpable too, because they do not enforce the laws. And some callous police even laugh at the brutality they see and feel no obligation to protect innocent animals. Nothing is done to the cruel perpetrators as the ones who left Borko with two broken back legs.
.
The good news re the eviction proceedings of the Litov family is that they were dropped. Obviously, the judge had a good and sensitive heart as well as a just one for seeking true justice for this compassionate family. I pray that others in this charged environ will learn some kindness from him in this regard.
SERBIA.  Another horror story for MILA- a Serbian dog who had all four of her paws and part of her legs chopped off. Brutal and inexcusable. This seemed to be a copycat incidence of what happened in Bulgaria earlier. MIMA was found there with 4 of her legs brutally chopped off.
.
In April 2011 in Medakovic, a suburb of Belgrade, Serbia- MILA, a stray dog was found under a car with all her 4 paws mutilated. Although suffering and in great pain and dehydrated, she showed no signs of aggression as her rescuers removed her from under the car.
.
Of this loving, gentle dog the vet observed that the cuts were quick and precise and probably done by more than one person. This poor hungry stray was unfortunate to come in contact with the people who savagely maimed her. The vet said her only chance for survival would be prostheses.
.
Despite her terrible suffering, Mila shows a great will to live. She will be at the vet clinic until she finds a new home. And Mila has found a friend in Serbia’s film director and chairman of the SOS Animals Association. Goran Paskaljevi is said to be in contact with animal protection associations in Germany and France. Hopefully, one of these countries will manufacture the prosthetic paws for Mila. Paskaljevi in the meantime will be trying to raise money for this purpose.
.

Mayor Dragan Dilas has promised that the city will also help to provide funds for the purchase of the prosthetic paws. Mila — you have some wonderful friends in Belgrade! Hope to hear one day that you have gotten those prosthetic paws and that you will find a family worthy of your love to care for you so that one day you will know love and caring and even a day when you will be able to run free again on new prosthetic paws. 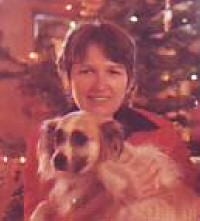 I have been concerned about animal suffering ever since
I received my first puppy Peaches in 1975. She made me take a good look at the animal kingdom and I was shocked to see how badly we treat so many animals. At 77, I’ve been a vegan for the past 30 years and I thank God every day that I am. I am most disturbed at how little the Catholic Church and Christian churches generally give to concern re animal suffering in their ministry. I wrote to 350 bishops in 2001 and only 10-13 responded. I feel that the very least they can do is to instruct that the priests give one sermon a year on compassion to animals. I am still waiting for that sermon. I also belong to Catholic Concern for Animals – founded in England in 1929. (They are on the internet) I recently sent a sample copy of their bi-monthly publication called the ARK to the 8 Catholic bishops of Ohio. Only ONE kindly responded. Somehow we have to reach the Christian teaching magisterium. There is next to nothing re animal concerns and compassion for them. They basically believe that animals are the lesser of God’s creation and that gives us the right to do anything we want to them. Way wrong. We need to change their mindsets. The animals are God’s first and He expects us to treat them compassionately.

Ukrainian Neo-Nazi Commander: “The US is Training and Funding Us”