Home ABOMINATIONS The NSA Is a Blackmail Agency

The NSA Is a Blackmail Agency 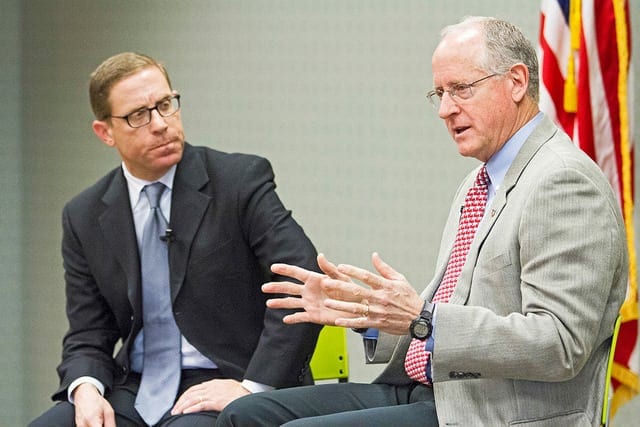 Rep. Mike Conaway (R, Texas), sitting on the right, proves an unexpected ally of the Democrats. When it comes to filth you can almost always depend on Texas politicians.

The main function of the National Security Administration is to collect the dirt on members of the house and senate, the staffs, principal contributors, and federal judges. The dirt is used to enforce silence about the crimes of the security agencies.

The blackmail mechanism was put into gear the minute the news reported that the House Intelligence Committee had assembled proof that the FBI, DOJ, and DNC created Russiagate as a conspiracy to unseat Donald Trump. Members of Congress with nothing to hide demanded the evidence be released to the public. Of course, it was to be expected that release of the facts would be denounced by Democrats, but Republicans, such as Rep. Mike Conaway (R, Texas), himself a member of the committee, joined in the effort to protect the Democrats and the corrupt FBI and DOJ from exposure. Hiding behind national security concerns, Conaway opposes revealing the classified information. “That’d be real dangerous,” he said.http://www.informationclearinghouse.info/48637.htm

As informed people know, 95% of the information that is classified is for purposes that have nothing to do with national security. The House Intelligence Committee memo has no information in it related to any security except that of Comey, Brennan, Clapper, Hillary, Obama, Mueller, Rosenstein, Peter Strzok, Lisa Page, the DNC, and the presstitute media. The logical assumption is that every member of Congress opposed to informing the American public of the Russiagate conspiracy to unseat the President of the United States is being blackmailed by the security agencies who planned, organized, and implemented the conspiracy against the President of the United States and American democracy.

American insouciance is a great enabler of the ability of the security agencies and their media whores to control the explanations.

Paul Craig Roberts is a former Assistant Secretary of the US Treasury and Associate Editor of the Wall Street Journal. Roberts’ How the Economy Was Lost is now available from CounterPunch in electronic format. His latest book is The Neoconservative Threat to World Order.
Think!

WANTED: MEDIA FELONS
All abject servants of the rich

The Inherent Whiteness of “Our Revolution”

Chinese military attache to Moscow: Russia, China should stand together to protect world against American aggression