HELP ENLIGHTEN YOUR FELLOWS. BE SURE TO PASS THIS ON. WE MUST BREAK THE IMPERIAL DISINFORMATION MACHINE.

(Rome) The West’s dismantling of Yugoslavia was a signpost, a harbinger of Capitalism’s then new strategy for world domination. NATO’s original bombing war against Serbs in Bosnia in 1995 and in Belgrade-Beograd in 1999 were precedents for the military interventions and neo-colonialism to come—for preemptive war under the cover of human rights. The illegal wars for the slicing up of Yugoslavia were the precursor and the model for the U.S. attacks on Afghanistan and Iraq and Libya and Syria and the other wars, at their start, in Africa and again in Latin America as in Venezuela. Notable in the case of Yugoslavia was the traitorous support for the bombing of the country of western liberals and many leftists, like thed Italian leftist government in Italy just across the Adriatic Sea from Yugoslavia. The bombers flew from airports in Italy, above all from the Aviano Airbase in NE Italy. Intellectuals and the media swallowed whole the genocide-by-the-evil-Serbs story ... and regurgitated it. In the same way, gullible western leftists justified the illegal military interventions, and ultimately the neocolonial occupation of Bosnia and Kosovo. Before NATO’s 78-day bombing war against Serbia in 1999, the U.S.-supported criminal Kosovar KLA, the Kosovar Liberation Army, had killed far, far more Muslims in Kosovo than the Yugoslav authorities had. The administration of President Clinton armed and trained that army of criminals. Top secret! 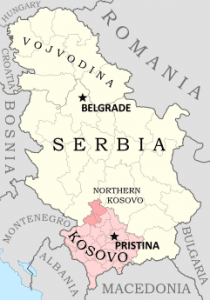 The propaganda line was Milosevic conducted genocide in Kosovo. An enormous historical lie. President Milosevic and Serbia had to take the whole blame for the civil war. Serbia was excluded from its own Kosovo province and Milosevic was hauled off to the International Tribunal in The Hague and tried for war crimes … where he eventually died in his cell, at night. Enough to make you doubt all history books. If truth were the prime criterion, then most history books would have to be rewritten … Schopenhauer wrote back in 1851 that Clio, the muse of history, is as thoroughly infected with lies as is a street whore with syphilis.

Then, in 2006 the European Union and the USA had the effrontery to concede Montenegro’s right to secede from Serbia. Then again the West conceded the ‘right’ of Kosovo to detach itself from Serbia while the illegal occupiers assured the world that Kosovo would not be a precedent for other conflicts. One illegal act followed the other. Kosovo fell under UN administration after which it declared its independence. But not even that enormous illegality was enough. For then, America’s huge military base suddenly emerged in the newly recognized vassal state of Kosovo: Camp Bondsteel mushroomed on Kosovar fields.

Kosovo is an occupied state. Punto e basta! After NATO’s bombing war against Serbia in spring 1999, Kosovo was occupied by foreign troops. Territory stolen from Serbia by military force in contravention of the UN Charter. Serbian lands transformed into a U.S. vassal and one gigantic military base. 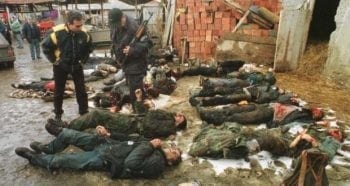 The Kosovo Liberation Army, pushing for separation from Serbia, commited many crimes against ethnic Serbians. The US and EU turned a blind eye.

Keep in mind that all this happened in Europe which no wars since 1945!! But the Security Council neither condemned NATO’s illegal war nor tried to remedy the postwar situation, because three of the Council’s permanent member states had launched that war. Serbia itself became to all effects a defeated state. The UN accepted the war of aggression against Serbia as a fait accompli. And confirmed the legitimacy of the bombing war on humanitarian grounds.

Thus, the precedent was set for intervention anywhere … in Libya and Syria and Iran. And candidate nations for humanitarian intervention are countless—Iran, North Korea, you name it. The aggression against Serbia marked the end of morality as we once knew it. The gods are dead and anything is permitted. The black hole of immorality…. Think Serbia and think Kosovo. Pure robbery.

The theft of Kosovo affects every aspect, every curve and dip and rise of Serbian politics. Serbia and Serbs, all of them, are incapable of swallowing the illegal NATO war against them back in 1999. Just the theft of Kosovo!.The wound festers. The loss of Kosovo runs like a sore through Serbs. Serbia,of left or right, cannot even allow the importation of any product from that fake country, like Kosovo’s famous wines, if it is marked ‘produce of the Republic of Kosovo’.… 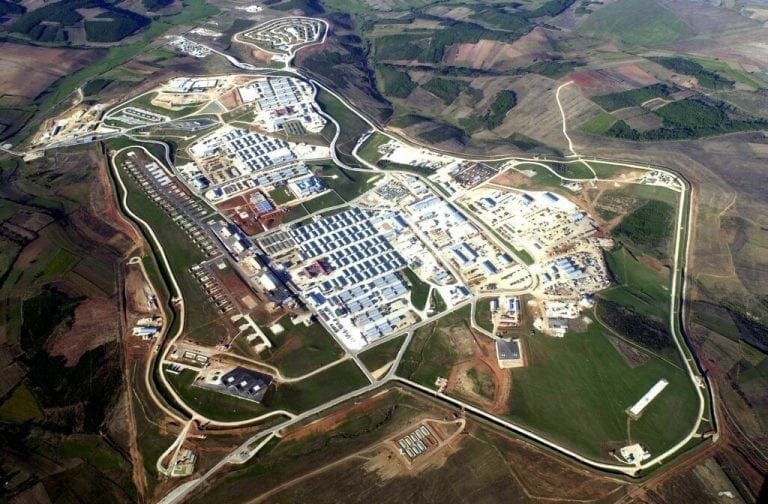 Camp Bondsteel: one of America's biggest bases in the world, poised between Serbia and Albania, in the heart of Europe.

Serbia is both European and anti-European. Its march toward the European Union is slow. One step forward and two back. Serbia wants the EU and it doesn’t. It has one foot in, one foot out. The Serbian Socialist Party was falsely blamed for the Balkan wars, for genocide, before it was betrayed. Its leader Milosevic was sacrificed so that Europe could make war on Serbia.

Meanwhile, Serbia has become a lynchpin for Russian plans to deliver its gas directly to Europe via a pipeline under construction, passing under the Black Sea, through Bulgaria and Serbia to Italy and Austria. Why should Serbia worry about Europe’s growing dependency on Russian gas? Russia and Serbia are Slavic brothers: similar languages, Eastern Orthodoxy, major trading partners.

And above all, Russia supported Serbia on the U.S.-EU theft of Kosovo. 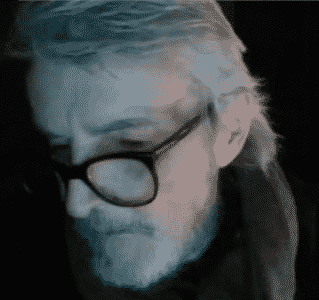 GAITHER STEWART Senior Editor, European Correspondent }  Gaither Stewart serves as The Greanville Post  European correspondent, Special Editor for Eastern European developments, and general literary and cultural affairs correspondent. A retired journalist, his latest book is the essay asnthology BABYLON FALLING (Punto Press, 2017). He’s also the author of several other books, including the celebrated Europe Trilogy (The Trojan Spy, Lily Pad Roll and Time of Exile), all of which have also been published by Punto Press. These are thrillers that have been compared to the best of John le Carré, focusing on the work of Western intelligence services, the stealthy strategy of tension, and the gradual encirclement of Russia, a topic of compelling relevance in our time. He makes his home in Rome, with wife Milena. Gaither can be contacted at gaithers@greanvillepost.com. His latest assignment is as Counseling Editor with the Russia Desk. His articles on TGP can be found here.
Excerpt