Home ABOMINATIONS Chile: The Frontal Attack is Just Around the Corner

Chile: The Frontal Attack is Just Around the Corner

February 10, 2020
Please make sure these dispatches reach as many readers as possible. Share with kin, friends and workmates and ask them to do likewise. 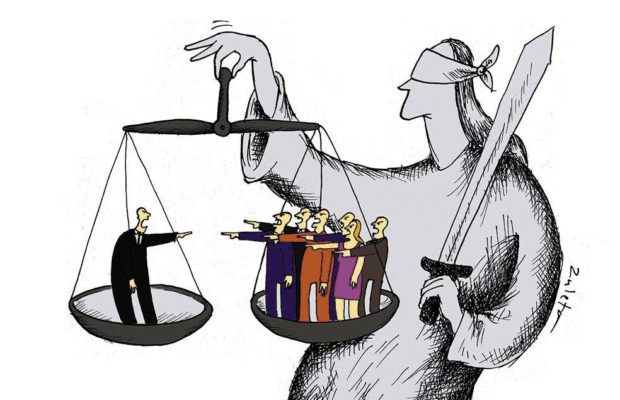 [dropcap]A[/dropcap] kind of ‘ white paper’ that presents the results of a theoretical investigation is circulating in social networks pointing to the possible responses that the Chilean right-wing would have regarding the constituent process. It is an interesting issue, and worrisome, too.

The two alternatives that this sector of Chilean politics would supposedly have in this area are mentioned, although we well know how and how much it reacts if its interests fail in a democratic system (and even more so in a supposedly democratic one, such as the one that governs us today). History allows us to assert this, and the outlook is not encouraging.

The events and the reactions of the political brotherhoods, as well as the response of the media that dominate the national news scene, certify that the economic right and the political right have returned to the same insane fear that shook their epidermis and their pockets at the end of 1970. The long parenthesis filled with wild neoliberalism, initiated in 1973, is receiving good-natured outbursts sent by a new actor; an actor who they did not think could exist in this politically semi-dormant Chile, consumed by the debts originated by plastic money, unleashed consumerism and the defenselessness left by an absent State. The people, a giant who likes to sleep for long decades, but when he does wake up he takes accounts, takes a toll and explodes in anger if his demands have not been met.

That paper in question mentions two phases that the right would use in the current constituent process. The first one aims to internalize in the people the idea of ‘rejection’ of a new Constitution, calling to vote that way in the plebiscite consultation next April. The second phase, in case of success of the alternative “I approve”, would consist of reaching again agreements with the present opposition to fill with its own elements the constituent commissions, or to work together (officialism and opposition) in the supposition that the alternative that leaves in the hands of the Congress the writing of the new magna carta, wins.

The neoliberal system achieved a resounding success by leaving Chileans in the most absolute defenselessness. In our country you have to scratch with your weak nails. No one is going to help you if you have health, education, pension or retirement problems. Do you have heart, liver or gastric problems? Pay! Do you want your children to be well educated? Pay! Don’t have enough money for that? Go into debt and get your people into debt until the third generation, even if that reduces your income by 60% and makes you poorer and more defenseless than you were before you applied for bank help!
I would like to add a third phase to the previous ones, and I think I have the historical reason to do so. If the right wing is defeated in April, it seems difficult to imagine it would remain calm in accepting and obeying the popular mandate. I would refer, I think, to the phrase that Richard Nixon used in October 1970 in the White House after the victory of the Popular Unity in the elections of September of that year: “We will make the Chilean economy scream”.

Any skeptic can bet that if the right wing loses its position in the April plebiscite, it will return with force to the old practices and well-known tricks of shortages, famine, unemployment, street violence, and the pursuit of urban chaos… It is counting on the ‘rogue press’ (read Emol, Copesa and open TV channels), on the business associations (Sofofa, CPC, affiliated banks, Chamber of Commerce, etc and of course with that historical help of the Union of transport owners, the truckers.

Faced with this reality (because it is a reality), the people have few options, since those organizations that should represent and defend them are in a catatonic state. The union world, the United Workers’ Central, the Classical Workers’ Central (or whatever it is called), the so-called leftist and progressive political parties, the professional colleges, the student federations, the population groups, the peasant women, especially those made up of seasonal workers, our ‘representatives’ in the National Congress, all, without exception, shine with their own light by their absence, pusillanimity and disunity. They form the ‘great archipelago of the Chilean people.

It sounds like a horror story, or a laughable tale, but even under the dictatorship, Chilean workers were not as alone, beaten, exploited and defenseless as they are now. In those very hard times, organizations like the National Trade Union Coordination, the National Workers’ Command, the CEPCH, the CTC, the FEUC, the FECH, etc., acted with courage, unity and decision.

The neoliberal system achieved a resounding success by leaving Chileans in the most absolute defenselessness. In our country you have to scratch with your weak nails. No one is going to help you if you have health, education, pension or retirement problems. Do you have heart, liver or gastric problems? Pay! Do you want your children to be well educated? Pay! Don’t have enough money for that? Go into debt and get your people into debt until the third generation, even if that reduces your income by 60% and makes you poorer and more defenseless than you were before you applied for bank help!

Don’t hesitate, kind reader, the right is betting on continuing with that same state of affairs, and you know it, so don’t be absent-minded. The ‘colonels’ of the UDI and RN, supported from outside their stores by madmen like José Antonio Kast and some pastors of evangelical churches that stand out for exploiting the faithful, will move heaven, sea and earth in an attempt to maintain unscathed the status quo that underlies the Constitution of bayonets, that one we still have from 1980 and its indecent reforms carried out by ineffable leftists like Lagos Escobar, the pharaoh’ of the transnational mega-business… the worst of all.

Adding and subtracting, I can assure you, my reader friend, that the right wing is ready to launch a frontal attack while our distinguished representatives, our intelligent, doctoral and bold leaders of multiple levels and colors, sleep the placid sleep of academic complacency on the mattress of egocentricity and lean on the pillow of boneless ideology.

It’s time to wake up.