Home ANGLO-AMERICAN ALLIANCE Continued Israeli Airstrikes on Syria Are Testing Moscow Patience, Jerusalem Would Do Well Not to Poke the Russian Bear

Continued Israeli Airstrikes on Syria Are Testing Moscow Patience, Jerusalem Would Do Well Not to Poke the Russian Bear

March 12, 2021 7 minutes read
Please make sure these dispatches reach as many readers as possible. Share with kin, friends and workmates and ask them to do likewise. 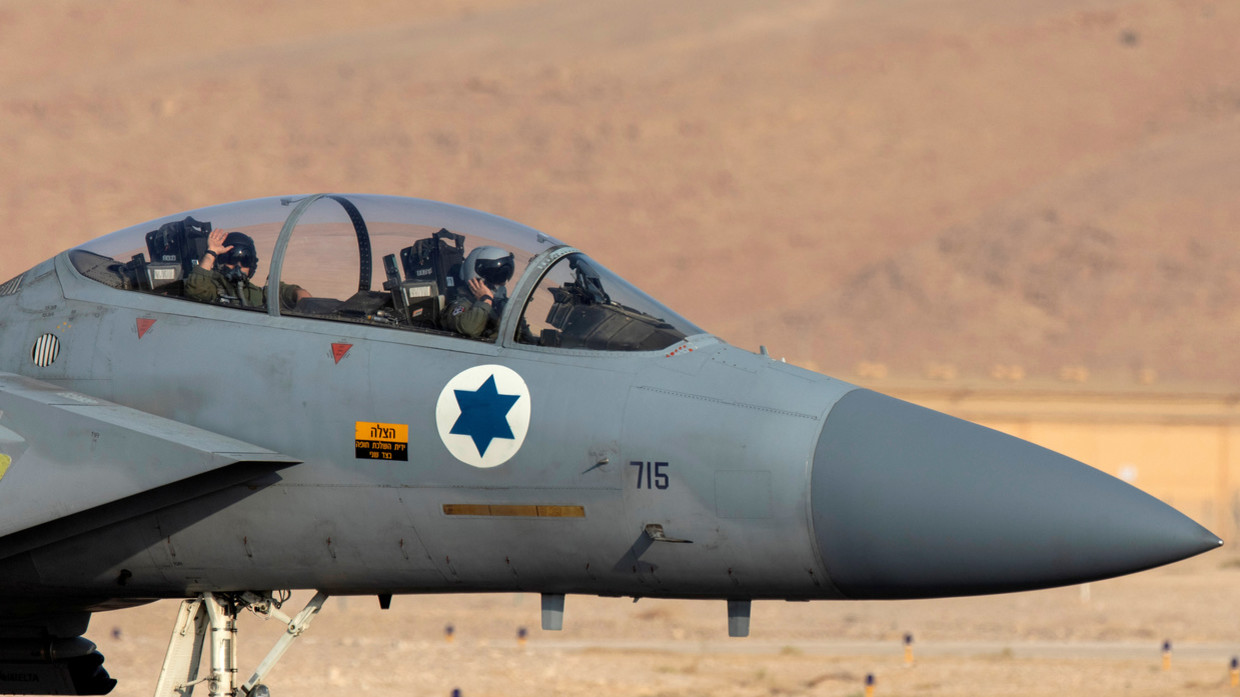 Israeli air force pilots are seen inside the cockpit of a F15 aircraft during "Blue Flag", an aerial exercise hosted by Israel. Tel Aviv routinely sends her Air Force over disputed areas in the Middle East, and over Syrian territory in a longstanding policy of illegal provocations and aggressions.

How Russia responds to Israel's attacks on Iranian targets inside Syria could make all the difference as to whether the region boils over into full-scale war or continues to simmer at its current, already dangerous, level.

In an official statement last week, the special envoy of the president of Russia to Syria, Alexander Lavrentiev, indicated that Moscow was rapidly losing patience with Israel over airstrikes against alleged Iranian targets on Syria soil. “Sooner or later, the cup of patience, including the Syrian government, may be overflowing, and a retaliatory strike will follow, which will accordingly lead to a new round of tension. These attacks must be stopped, they are counterproductive. We hope that the Israeli side will hear our concerns, including concerns about the possible escalation of violence in Syria.”

The language, though diplomatic, leaves little room for misinterpretation. By using the term “including” about the Syrian government losing patience, Lavrentiev left no doubt that the other “inclusive” party was Russia. This linkage carries over into the not-so-veiled threat of a “retaliatory strike” and “possible escalation of violence.” In short, Lavrentiev’s warning was as blunt a threat against Israel that could be made short of stating the obvious – if Israel continues to bomb Syria, Russia will have no choice but to shoot down its planes.

From the moment Russia dispatched its armed forces to Syria in September 2015 to prevent the collapse of the Syrian government of President Bashar Assad at the hands of US-backed Islamist terrorists, it has found itself at the nexus of competing geopolitical games. One of the main issues confronting Russia was avoiding conflict in its airspace between its air force and the anti-Islamic State coalition headed up by the United States. This task was complicated by the fact that the US was really using the campaign to counter Islamic State (IS, formerly ISIS) as a cover for training and equipping Islamist forces dedicated to the removal of President Assad. The US also sought to leverage its influence with Syrian Kurds to create an autonomous region in northeast Syria that operated outside the control of Damascus.

Russia faced a similar problem with Turkey, a NATO member whose Ottoman-like ambitions led to engage in a policy that, if successful, would have resulted in the absorption of the Syrian province of Aleppo into the Turkish political sphere. Like the US, Turkey had engaged in a years-long process of organizing and arming anti-Assad forces. These forces operated under the direct control of the Turkish armed forces, and when Russia supported Syrian government efforts to reclaim territory lost to these groups, its aircraft frequently became involved in direct military operations against Turkish military forces.

Iran is likewise deeply ensconced in Syria. Like Russia, Iran’s involvement came at the explicit invitation of the Syrian government. Iran’s Syrian engagement pre-dates that of Russia; indeed, it was Iran which helped convince the Russians of the necessity for intervention. As such, Russia and Iran have had common purpose when it comes to stabilizing the security situation inside Syria. However, Iran’s involvement goes beyond simply helping Syria, and instead is part and parcel of a larger regional strategy built around the concept of an “axis of resistance” which would further Iran’s regional security As such, Iran has used the Syrian conflict as a cover for facilitating military support for Hezbollah in Lebanon, both in terms of allegedly supplying that organization with precision-guided munitions capable of reaching Israel, but also establishing a de facto second front by helping Hezbollah establish itself in the Golan region of southern Syria. 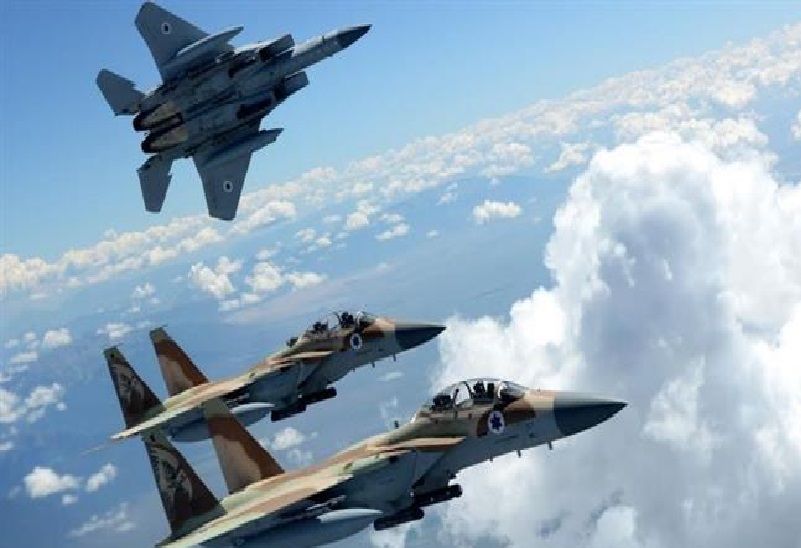 The Iranian actions have been deemed threatening by Israel, [Israel, like the US, sees enemies and threats everywhere, most of them the product of its own lawless behaviour—Eds] which has responded by undertaking a concerted campaign of airstrikes designed to destroy and deter what it deems to be “malign Iranian”activity. Russia, which recognizes the absolute need for Iranian involvement in Syria, has sought to pressure Iran to reduce its presence along Syria’s contentious border with Israel. But there has been little Russia can do about Iran’s efforts to arm Hezbollah, given that this activity operates in parallel with the resupply of other pro-Iranian forces operating inside Syria. As such, Russia has taken a “hands off”approach when it comes to Israeli military strikes against targets affiliated with any Iranian activity not directly tied to supporting the Syrian government. While Russia has repeatedly cautioned Israel about the destabilizing effect of its airstrikes, Russia has avoided making any direct threats against Israel. Lavrentiev’s statement changes this calculus.

Israel has been preparing for a broader conflict with Iran, with some Israeli security experts predicting that “southern Syria could turn into the arena of the first northern war between Israel and the Iranian forces” sometime in 2021. A major calculation for Israel which could govern the viability of such a conflict is how Russia would react. Currently, Russia has stood down its air defense network in Syria and has reportedly prevented Syria from employing advanced surface-to-air missile systems provided to it by Russia. Russia likewise has kept its combat aircraft from operating in areas where they could encounter Israeli aircraft. This policy of restraint seems to have emboldened Israel, which recently increased both the scope and scale of its airstrikes against Iranian positions inside Syria.

By declaring that Russia’s “cup of patience” will soon run out regarding Israel’s actions in Syria, Alexander Lavrentiev has made it clear that Israel can no longer assume Russian inaction in the face of continued attacks on Iranian targets inside Syria. The question is whether Israel believes Russia is bluffing, or whether it can defeat any Russian actions in response to continued air strikes in Syria. In this, Israel would do well to reflect on Russia’s recent history, “bluffing” is not part of the lexicon. It would likewise do well to consider the potential repercussions of what Russian “retaliation” and “escalation of violence” might entail. Russia recognizes that a solution to the problems of Syria will only come after a lengthy period of diplomacy and political change. By threatening Israel with violence, Russia is sending a signal that Israel would do well to embrace the same logic. While there may be no military solution to the Syrian puzzle, there could very well be military consequences for any Israeli miscalculation.

Scott Ritter is a former US Marine Corps intelligence officer and author of 'SCORPION KING: America's Suicidal Embrace of Nuclear Weapons from FDR to Trump.' He served in the Soviet Union as an inspector implementing the INF Treaty, in General Schwarzkopf’s staff during the Gulf War, and from 1991-1998 as a UN weapons inspector. Follow him on Twitter @RealScottRitter
Up to You.

Finding Meaning Under A Meaningless System