Taliban hold mock ‘funeral’ for NATO, take Black Hawk helicopter for joyrides, and show off loot at Kabul airport after US retreat

August 31, 2021
Our articles depend on you for their effectiveness. Share with kin, coworkers and friends. 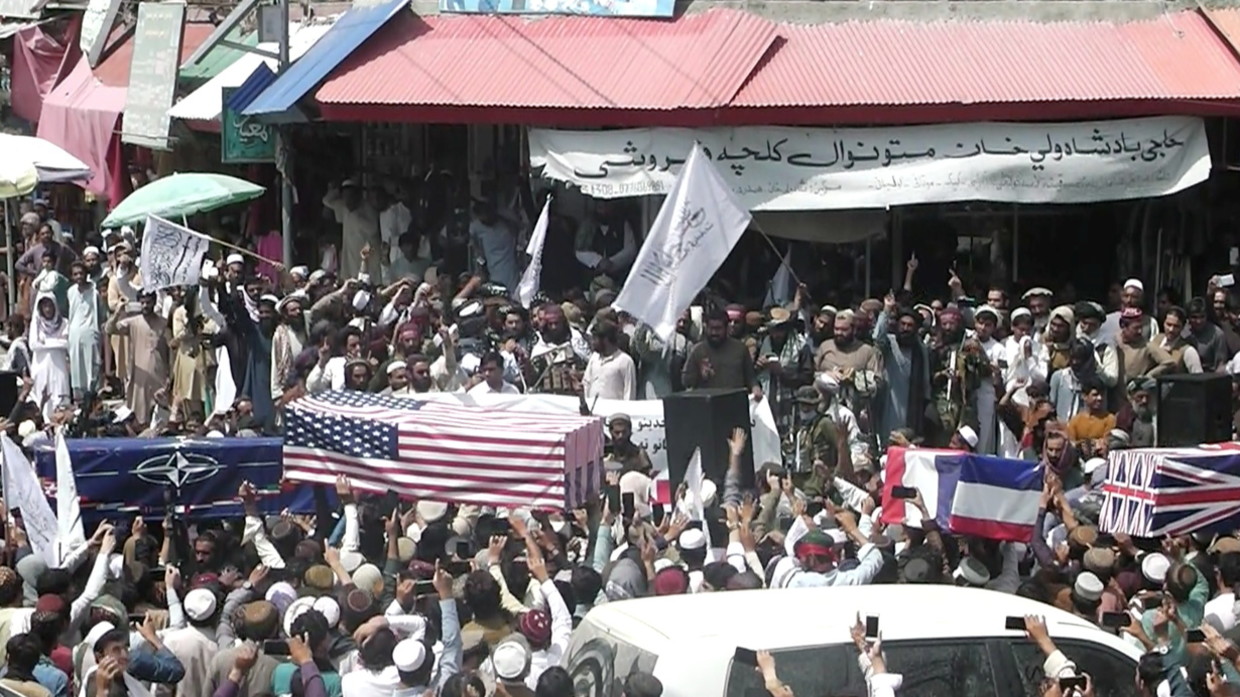 Crowd carries makeshift coffins draped in NATO, US and UK flags during a pretend funeral on a street in Khost, Afghanistan August 31, 2021. ©  Reuters / ZHMAN TV

After nearly 20 years of fighting against the US in Afghanistan, the victorious Taliban posed with captured American gear at the Kabul airport, held a mock funeral for NATO in Khost, and flew a Black Hawk helicopter over Kandahar.

The last US troops left the Hamid Karzai International Airport on Monday, just before the clock struck midnight local time. On Tuesday morning, Taliban fighters strolled through the airport they now controlled, littered with debris, posing for photos with the captured vehicles, aircraft and equipment.

Taliban leaders reviewed a “special forces” unit, equipped with weapons and gear captured from the US-trained Afghan army, on the Kabul runway.

“It is a historical day and a historical moment.... we liberated our country from a great power,” said Taliban spokesman Zabihullah Mujahid, adding that the past two decades should serve as “a big lesson for other invaders, a lesson for the world.” 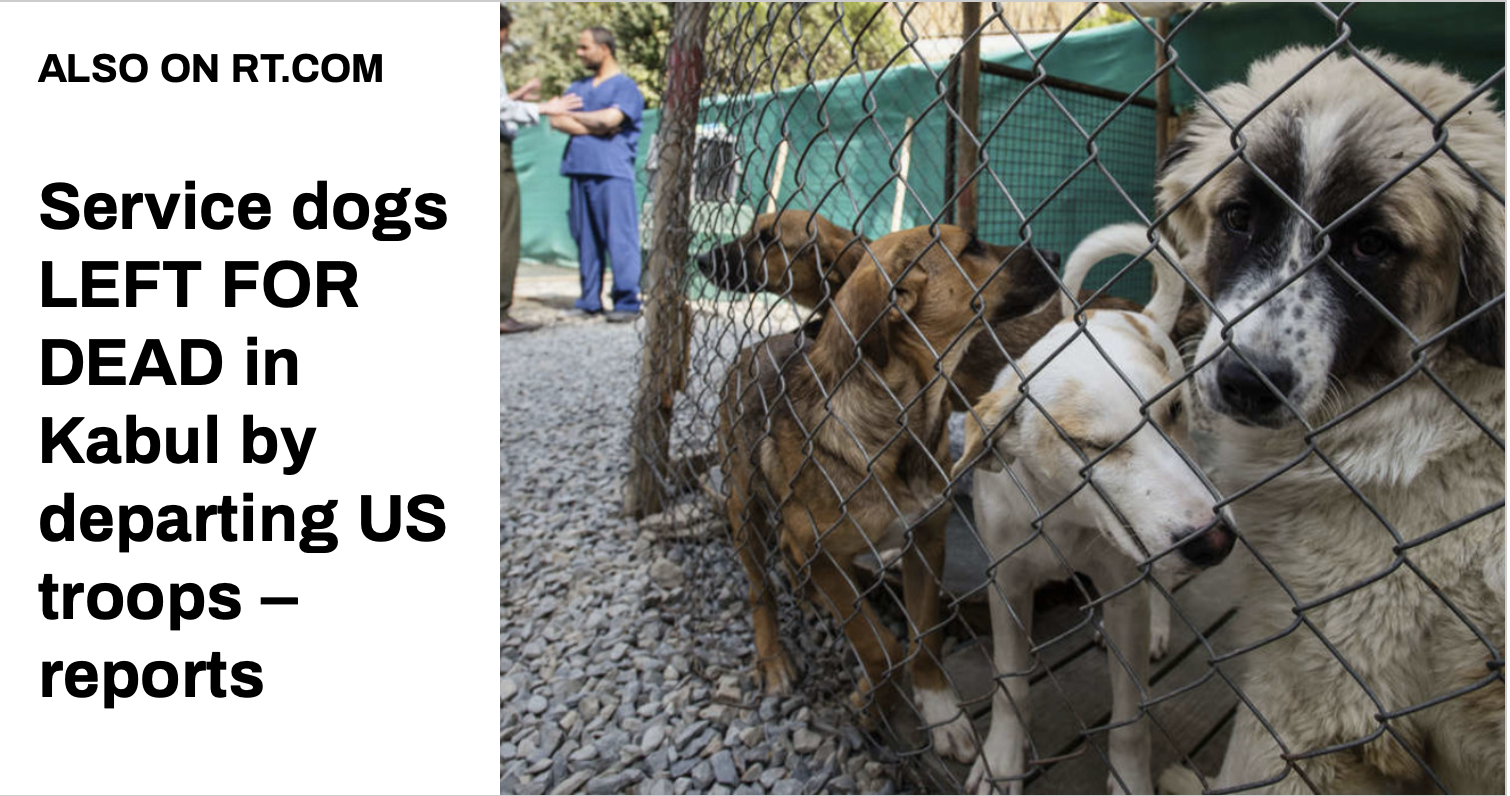 “These are not the kinds of things that the Taliban can make great strategic use out of,”Kirby told reporters.Pentagon spokesman John Kirby acknowledged on Tuesday that a lot of US equipment with “a lethality component to it” has fallen into Taliban hands, but said it doesn’t pose a threat to the US or neighboring countries.

The Taliban thought otherwise, however, showing off at least one newly acquired Black Hawk helicopter in the skies over Kandahar in a couple of videos. The second clip caused some confusion on social networks, as more than a few American commentators claimed the figure dangling from the helicopter was someone being executed.

The “Talib Times” account that posted the video said no such thing, however. On closer look, the man seemed to be a Taliban fighter joyriding on a rescue harness.

Our Air Force! At this time, the Islamic Emirate's air force helicopters are flying over Kandahar city and patrolling the city. pic.twitter.com/rlE6nUldZf

Meanwhile, in the southeastern city of Khost, a crowd of Taliban supporters held a mock “funeral” for the ousted occupiers, carrying coffins draped with US, NATO, British and French flags, as well as some banners of the defeated Islamic Republic of Afghanistan – now replaced by the white flag of the Taliban’s Islamic Emirate.

People of Kabul in large number participated in the symbolic funeral of the US and NATO... interestingly both Taliban and former government flags were present during the procession... pic.twitter.com/Q8Jkv1EZjH

Taliban hold mock funerals for British, American, and NATO forces as thousands take to the streets to celebrate 'victory' over the west after last US flight took off
Taliban 'victory' parades took place in Afghanistan today after the last US troops left the country overnight pic.twitter.com/oT1nqBro3u

The US withdrawal turned into a mad scramble to evacuate just over 6,000 US citizens – along with tens of thousands of Afghan civilians – on August 14, when the Taliban took over Kabul without a fight and the Washington-backed government collapsed. It also turned tragic last week, when up to 200 Afghans and 13 US troops died at the entrance to the airport, in a suicide bombing claimed by the terrorist group ISIS-K.

Intersting now... the Flag Pole which held and represented all the NATO nations at the military side of Kabul Airport.

A symbol of utter failure! pic.twitter.com/hEyUXHgHJR

The Pentagon has acknowledged that some US citizens could not reach the airport and were left behind. The State Department was tasked with negotiating their safe passage out of Afghanistan.