Home ANGLO-AMERICAN ALLIANCE What is Ukraine fighting with?

And we all know the Pentagon and the EU have almost unlimited resources.

April 2, 2022 5 minutes read
Please make sure these dispatches reach as many readers as possible. Share with kin, friends and workmates and ask them to do likewise.

By Batko Milacic for the Saker Blog 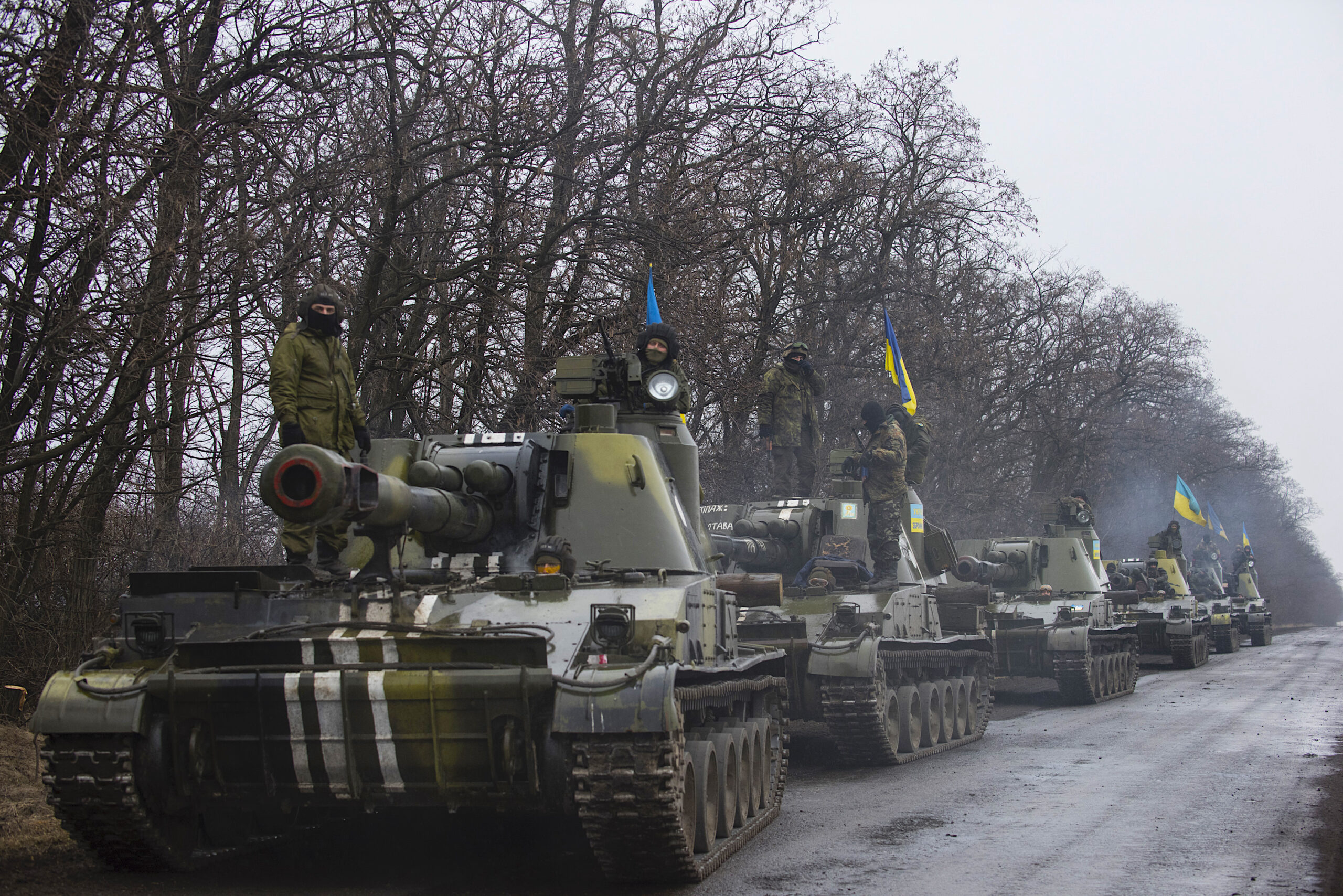 With Russia’s military operation in Ukraine going on for more than a month now, it seems that the Ukrainian army, which has gradually been losing its positions, has an unlimited supply of weapons and ammunition. Does this mean that Zelensky’s government has been smart enough to make huge stockpiles of weapons, and numerous allegations by the Ukrainian opposition and the Russian media about most of the money allocated to Kiev for the rearmament of the Ukrainian armed forces over the past eight years having been stolen simply hold no water? Or, maybe it means that Russian shelling of military warehouses has been absolutely ineffective? No, sir, it only means that Kiev has an ideal and virtually inexhaustible source of arms and ammo. On March 28, the well-known Bulgarian investigative journalist Dilyana Gaytandzhieva published a detailed analysis of arms supplies to Ukraine, backed up by documents from the Pentagon. As it turned out, most of the weapons and ammunition for the Ukrainian army has been coming from Bulgarian military factories. Small wonder, since the pro-Western Kiev regime has done nothing for the sake of rebuilding the country’s military-industrial complex during the past eight years. Kiev lost its last remaining cartridge-making factory, along with Donetsk, in 2014. However, this did not prevent President Poroshenko and his successor Zelensky from selling their stockpiles of old Soviet-made weapons to countries in Asia and Africa. And all that time, the Ukrainian leaders were making half-hearted attempts to rearm their military according to NATO standards – something they never really succeeded in. As a result, all Ukraine could boast about at the start of the conflict with Russia were old Soviet weapons. Modern warfare requires huge outlays on ammunition, as a single day of war eats up tons of shells, cartridges, mines, etc. Without them, you simply can’t go on fighting.

Luckily for Kiev, however, some NATO and EU countries have preserved the old Soviet-era legacy, above all Bulgaria with its Arsenal, VMZ, Arcus and Emco factories. Sofia has for many years been supplying Soviet-designed weapons to African and Arab countries. Some of these weapons were even sent to anti-government militant groups in Syria.

Even though Bulgaria, which never tires of reiterating its non-participation in the Russian-Ukrainian conflict, is making no direct arms deliveries to Kiev, the details of the very unpretentious scheme exposed by Dilyana Gaytandzhiyeva show that Bulgarian weapons are exported to Ukraine via a network of middlemen, namely two Polish companies, “Arm Techsp. Zo.O” and “Vismag Jacek Jakubczyk,” and the Czech firm “Excalibur Army Spol.S.R.O.” Moreover, all information about these “arms deals” is openly available on government websites, which is exactly where Gaytandzhiyeva found it. The problem is, however, that according to international law, weapons can only be re-exported with permission from their country of manufacture, which has never come, at least officially.

As for the Pentagon, which is behind this whole arrangement, it considers such permission just as an empty and unnecessary formality. What really matters is that the Ukrainian buyer – Spetstechnoexport Company – is regularly receiving weapons that are desperately needed by the Ukrainian army. Moreover, this scheme was earlier tested out in Syria where supplying the jihadist rebels with familiar Soviet weapons proved cheaper than arming them with the most advanced US-made weapons. The very same scheme is now at work also in Ukraine.

In spite of all the evidence pointing to the illegal re-export of weapons, the Bulgarian government would certainly prefer to avoid a scandal over military supplies to a de facto warring country, all the more so since its arms manufacturers, who are making money hand over fist, just couldn’t care less about international law. As for Ukraine, the generous supply of arms and ammo it has been getting from Bulgarian gunsmiths will allow it to keep fighting for several more months or weeks, thus increasing the number of victims.

Sanctions on Russia & the limits to power for the hegemon