May 23, 2022 4 minutes read
Be sure to circulate this article among friends, workmates and kin.

Colonel Hassan Sayyad Khodaei, who had served in the al-Quds forces in Syria against ISIS, is the second high ranking IRGC official assassinated after General Qassem Soleimani in January 2020 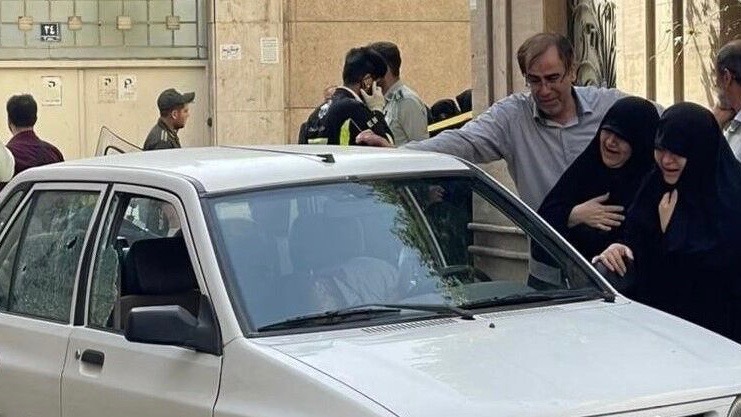 A senior official of Iran’s Islamic Revolutionary Guards Corps (IRGC), Colonel Hasan Sayyad Khodaei, was assassinated by unknown assailants at around 4 pm local time in Tehran on Sunday, May 22. As per reports, gunmen riding two motorcycles fired at Khodaei when he was entering his house.

Khodaei had been a Colonel in IRGC’s elite Quds force responsible for international operations. He had led operations against ISIS in Syria.

According to Iranian news reports, the alleged assailants have not yet been arrested and an investigation is on to uncover the real culprits behind the assassination.

In a press conference on Monday, Iranian President Ebrahim Raisi condemned the killing. He blamed the hand of “global arrogance”, a euphemism used by Iranians for the US and its allies in the region, for the assassination. He added that “seeking revenge on criminals for the blood of the great martyr is definite,” Iran’s official news agency IRNA reported.

The Iranian Foreign Ministry also issued a statement on Sunday claiming that Khodaei’s assassination was a terrorist attack. “This inhuman crime was committed by terrorist elements tied to the global arrogance with the support of and amid the silence of the countries that claim to be countering terrorism,” said the ministry’s spokesperson Saeed Khatibzadeh.

The IRGC also issued a statement claiming that Khodaei, a former member, was assassinated by “counterrevolutionary elements” in a terrorist attack.

Our adversaries colonize, assassinate, behead, bomb, and murder. But we are more determined to end Empire and undermine its proxies than ever before. We don't fear death, only injustice.

Being targeted by you is merely a reminder of how much you fear us, existentially. pic.twitter.com/JL115rg50a

Khodaei is the second high-ranking official of the Quds forces assassinated in the last two years. In January 2020, its commander General Qassem Soleimani was assassinated by the US in a drone attack on the Baghdad airport in Iraq.

Initial reports saying it was two gunmen on a motorcycle. They shot him five times outside his home. Iran's security forces saying they have already arrested the perpetrators.

Israeli officials have often boasted of their country’s involvement in such killings saying that these are defensive measures against alleged Iranian threats. Iranian investigators claim to have found evidence implicating Israeli secret agency Mossad in most of the previous assassinations.

On Sunday, in an unrelated incident, Iranian officials claimed to have arrested several agents working for Mossad inside the country. This was the second time in less than a month that the IRGC claimed the arrest of Israeli agents in the country. In late April, it had declared the arrest of three members of the Israeli network.

The IRGC had also carried out a couple of missile and artillery attacks inside Erbil in northern Iraq, claiming that it had been used as a base by Mossad to carry out attacks inside Iran.