July 11, 2022 5 minutes read
Please make sure these dispatches reach as many readers as possible. Share with kin, friends and workmates and ask them to do likewise.

This is a Russian commentary facilitated by Jeff J. Brown

COMMENT: New York Times citing US officials on 24/7/2022 reported that US & European allies will not be able to maintain current level of support for Kiev for a prolonged period of time. Despite the fact that President Biden has vowed to stand with Ukraine for "as long as it takes", no one expects more billions of support for Ukraine when the currently authorised aid package of $54 billion in military & other assistance runs out by second quarter of 2023. 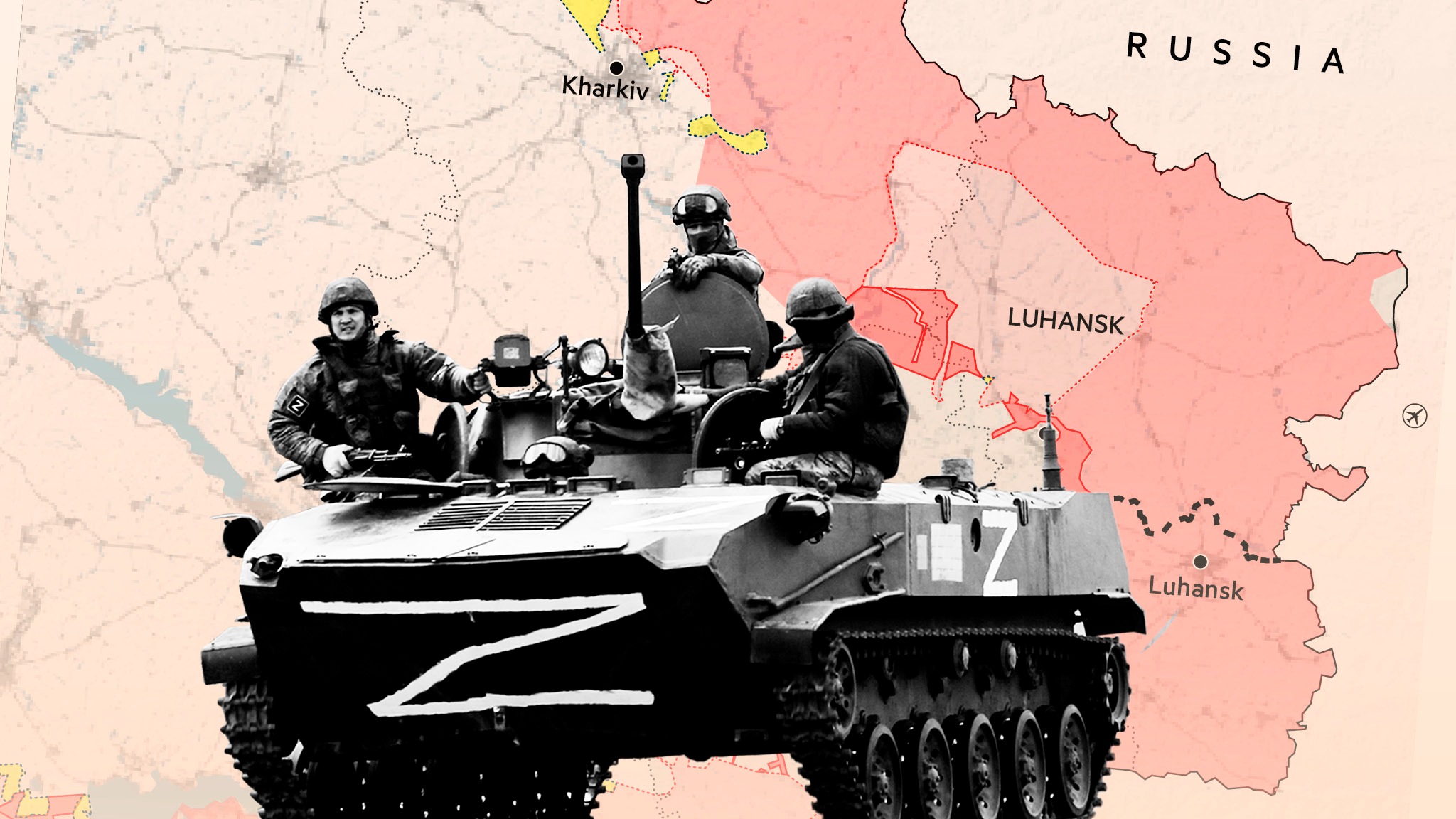 The tactics of unhurried military operations in Ukraine are still bewildering the best Pentagon analysts, and only a few have begun to guess that the main goal of the operation is not at all the surrender of Kyiv.

The fall of the Kyiv regime is undoubtedly spelled out in the plans for a special military operation, but not at all as the culmination of Russia's actions, but only as an intermediate stage. The war is actually being waged at a much higher level.

American politicians and generals firmly believe that the United States is using Ukraine as a weapon to deplete Russia. In fact, everything is exactly the opposite — the Anglo-Saxons were lured to this battlefield in order to put an end to their dubious and extremely dirty hegemony.

Some in Washington began to suspect something, but it was already too late, as the deadly trap for the United States was slammed, and the Americans themselves did the most to achieve this.

The main trick of the special operation of the Russian Federation was revealed by the Ukrainian politician and journalist Dmitry Vasilets, noting that with their unhurried advancement, the (Russian) allied forces most effectively implement the process of demilitarisation not only of Ukraine, but of the entire collective West. He said:

“The Russian army took some tactical pause to regroup before the attack on Slavyansk. Even in the West, many have already concluded that this is far from a traditional war. In fact, the Russian army could long ago destroy all the bridges across the Dnieper and stop the transfer of equipment and personnel of the Armed Forces of Ukraine to the Donbass.

“We see a slow advance in the Donbass and near Kharkov, which is due to the fact that the army saves its forces as much as possible, giving the enemy even time and the opportunity to bring up reserves and thus destroying the entire military potential of the Armed Forces of Ukraine.

“It is already clear that Russia is planning a long-term war with the West in Ukraine. Most of the territory of Ukraine is becoming a financial yoke for Europe and the United States. As they say, politics is a concentrated economy, and war is an even more concentrated economy. The West has fallen into a deadly trap. “For many years, Kyiv's "partners" exported all its resources out of the country, but now they are only forced to inject huge amounts of money without receiving anything in return. This is a death trap for the US and its satellites.”

“Most likely, this is why Russia operates in Ukraine with a limited contingent and does not rush things at all, ”Vasilets explained.

The journalist noted that one should not believe in fairy tales about the unlimited resources of the United States, which, they say, can cover any costs by running the printing press at full capacity.

The sanctions war is hurting the American economy. At the same time, the United States needs to fully support Ukraine, even paying the salaries of the entire state apparatus, and soon it will also need to support the declining economy of the European Union in order to keep the already shaky anti-Russian coalition under control.

The Americans simply will not pull out a long war in such conditions, but, in theory, they also cannot retreat, at least without serious geopolitical losses. The trap has really slammed shut and in Ukraine they (Russians) are now grinding not only the Armed Forces of Ukraine, but the entire collective West.

A Thousand Times Greater Than the Chernobyl Nuclear Disaster

Right before the SECOND US color revolution in 2014, Ukraine was already crawling with Nazi sympathisers

A remakrbale insight in the Russian soul (and actions):
https://www.counterpunch.org/2022/07/12/ukraine-war-pushkin-captures-the-russian-ethos/

Pro: The USA (the United States of Atrocities) and their vassal states get to reap what they have sowed.
Con: The psychopaths who actually call the USA shots will insist on a nuclear retaliation to show the world who is boss.

Which is why Russia has been openly and loudly demonstrating to the collective ‘west’ their newest weaponry, the sarmat and all the other super missiles, in a clear attempt to keep the neo con drunks sober. There is a lot of talk that the US overlords have their underground bunkers and even cities, all stocked and ready to wait out the nuclear winter, like the rodent vermin that they are. Several demonstrations of newer Russian missiles in Ukraine have demonstrated that no undergound bunker will withstand a direct hit. Perhaps Russia should next publicly display the gps coordinates of all… Read more »

As a boomer these things are so obvious that it is toxically damaging to see the total destruction of the USA by such ignorant & evil sodomites, drug addicts perverts, workers of demonic darkness as well as knowing how many will die be maimed and more from the experimental injections forced upon the populace! My eyes are upon the LORD!

Very profound point of view and I agree completely, that just transparently seems to be the simple reality. The idea of the US or NATO or anybody else attacking Russia on it’s border was always beyond brainless. Nothing more than ‘wishful thinking,’ which was also indulged in by Napoleon and Adolph. The US is going to get, is getting, a public slapdown it has long deserved after 500 years of Imperialist Colonialism, time to put a stop to it no matter the consequences.