A Donbas hero falls on Oct. 28. This is our salute.

November 5, 2022 7 minutes read
Please make sure these dispatches reach as many readers as possible. Share with kin, friends and workmates and ask them to do likewise. 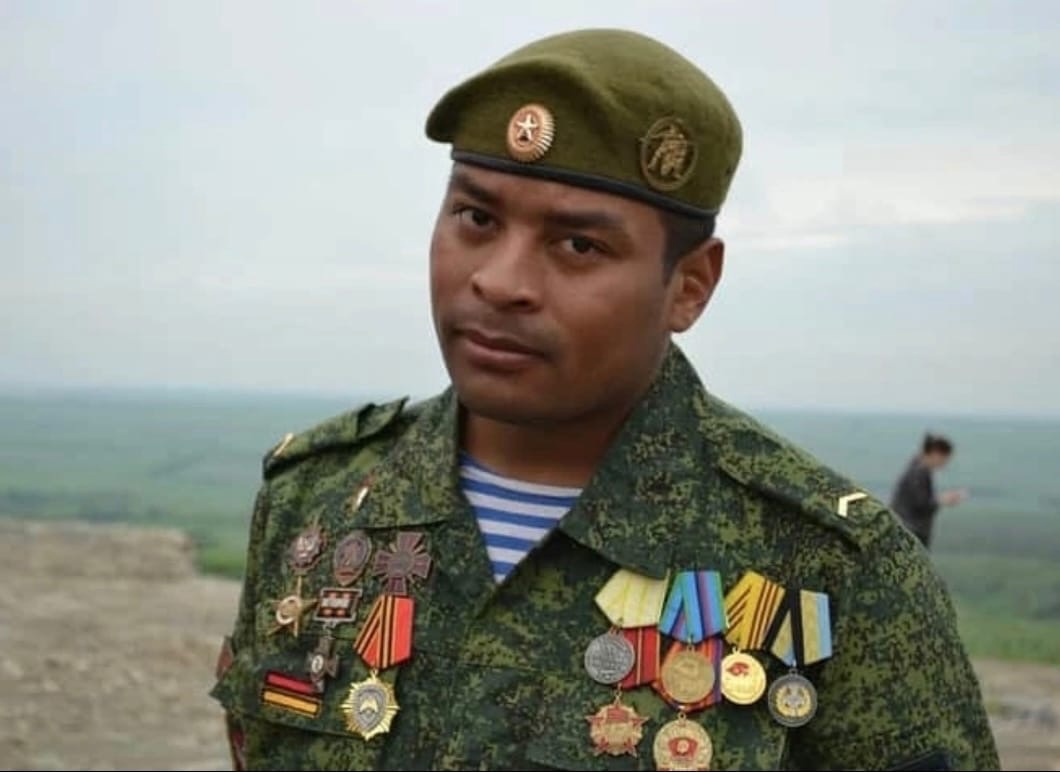 Yesterday we said goodbye to Alexis Castillo, my oldest friend in Donbass. I met him at the Vostok training base in Yasynuvata in December of 2014. Because we both spoke Spanish, he was one of the few people I could communicate effectively with. We were both Communists and Internationalists, Alexis coming from Spain (born in Colombia) and myself from Texas. After a few hours of late night conversation over a clandestine bottle of wine in the officer's dining hall, Alexis invited me to join the Essence of Time combat unit which was then a part of VOSTOK. We served together at the Monastery and later at Blesna in Spartak, and eventually in XAH Spetsnaz Battalion. We spent a lot of time together at the Front, and often took our days off together in Donetsk. I knew him well. 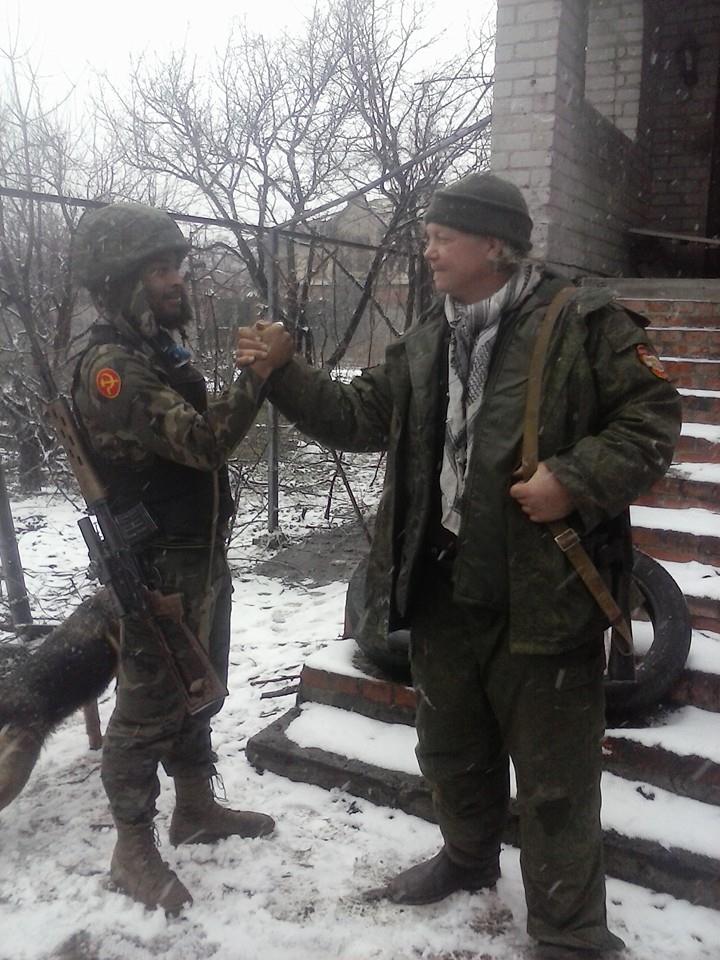 Eventually, Alexis joined the 3rd Spetsnaz Battalion, and I went on to do information warfare and human aid. We kept in touch and remained friends. Even though he was wounded, he danced at our wedding in a wheelchair, and my wife, Lyudmila, became best friends with his wife, Katya. We went through a lot of good and bad times together. We celebrated when their first son, Miguel was born, and we cried when their second son, Alexi, died soon after being born. We commiserated when they got divorced and were elated at the prospect of their reunion. Alexis and I were brothers in arms, but we were like family in many other ways as well. 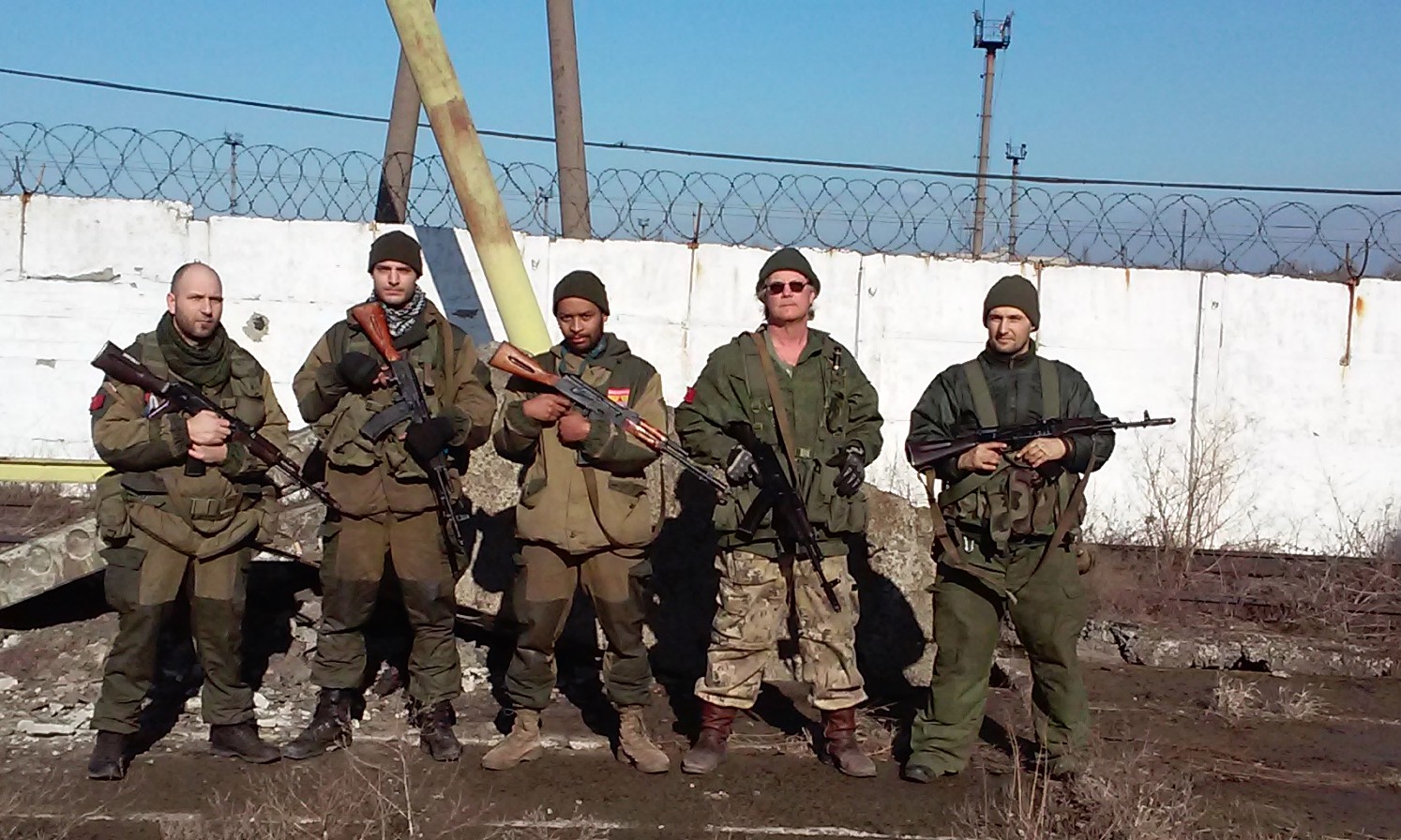 Comrades in arms. Alexis, third from left, flanked by Russell.

Alexis was a true Communist, and a real Internationalist. He often spoke of going to Syria or Venezuela or Cuba after our victory here in Donbass, to defend the people and the socialism there. He did not love war, not by any means, he hated it, as we all do here, as all decent people do, but he was good at the job, and the job needed to be done. As all combat veterans know, we are all born with only so much luck, and the more time you spend in the places where the bullets fly, the closer you get to the day your luck runs out. Alexis spent 8 years as a front line soldier, a sniper in a Spetsnaz unit, and he never, ever hesitated when it was his turn to go. And when his time came to meet death, two weeks after our good friend Elia was killed, Alexis met it like a hero, advancing on the enemy with a weapon in his hand. Alexis was truly a Che Guevara of the 21st century, and Alexis had said, as did Che, "I do not care if I fall, as long as another ear hears my battle cry, and another hand picks up my gun." 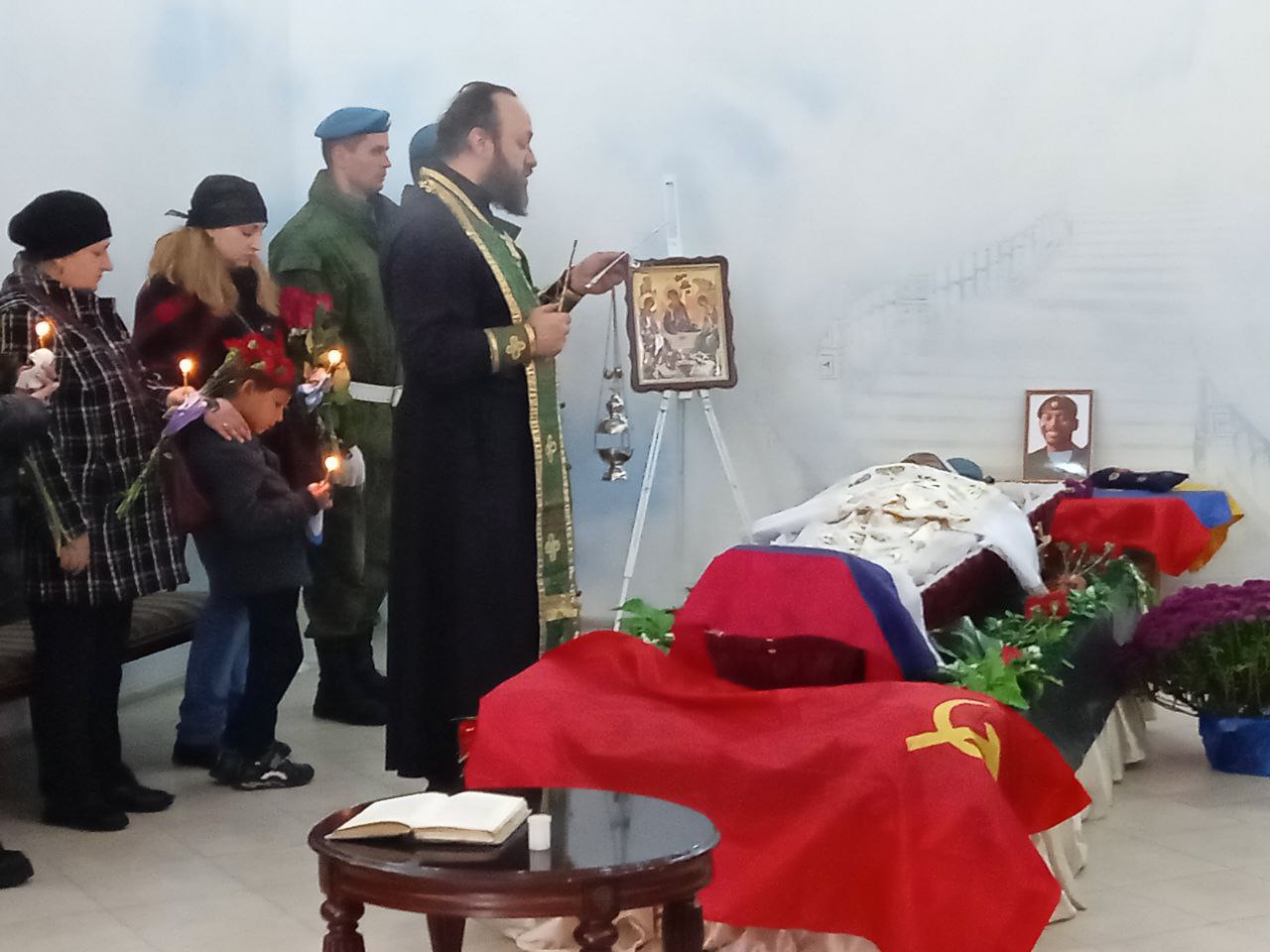 Alexis was a volunteer, who risked and gave his life for the honorable principles he based his life upon - liberty, equality, a brotherhood of all races and nations, Humanity as a single family, in which we are all responsible for, and respect each other. He was one of the rarest breed, a man of honor and of action, who, again like Che, put his life on the line for what he believed in and knew was right. He was not like the "Coffee House Comrades" who endlessly quote and debate Marx and Lenin, Stalin and Trotsky, Castro and Mao, but who fade away with mumbled excuses when the call for action goes out. Those kinds of "communists" are as different from Alexis as a paper airplane is from a MiG-29. And the scum from other nations who come to Ukraine to fight alongside the ukrop nazis are the polar opposite of volunteers like Alexis - mercenaries and adventurers who come to pose for Tic Toc photos and run back home as soon as they understand someone will be shooting back, or the psychopaths and butchers who revel in pain, death and blood, whose only talent and reason for being is destruction and carnage. Mercenaries come to war prepared to kill. Volunteers face each battle ready and willing to die. Not to destroy, but to defend, not to pillage, but to protect. Not from rage and hate, but from great feelings of love and generosity. "Greater love hath no man than this - that he lay down his life for his fellow man."  John 15:13 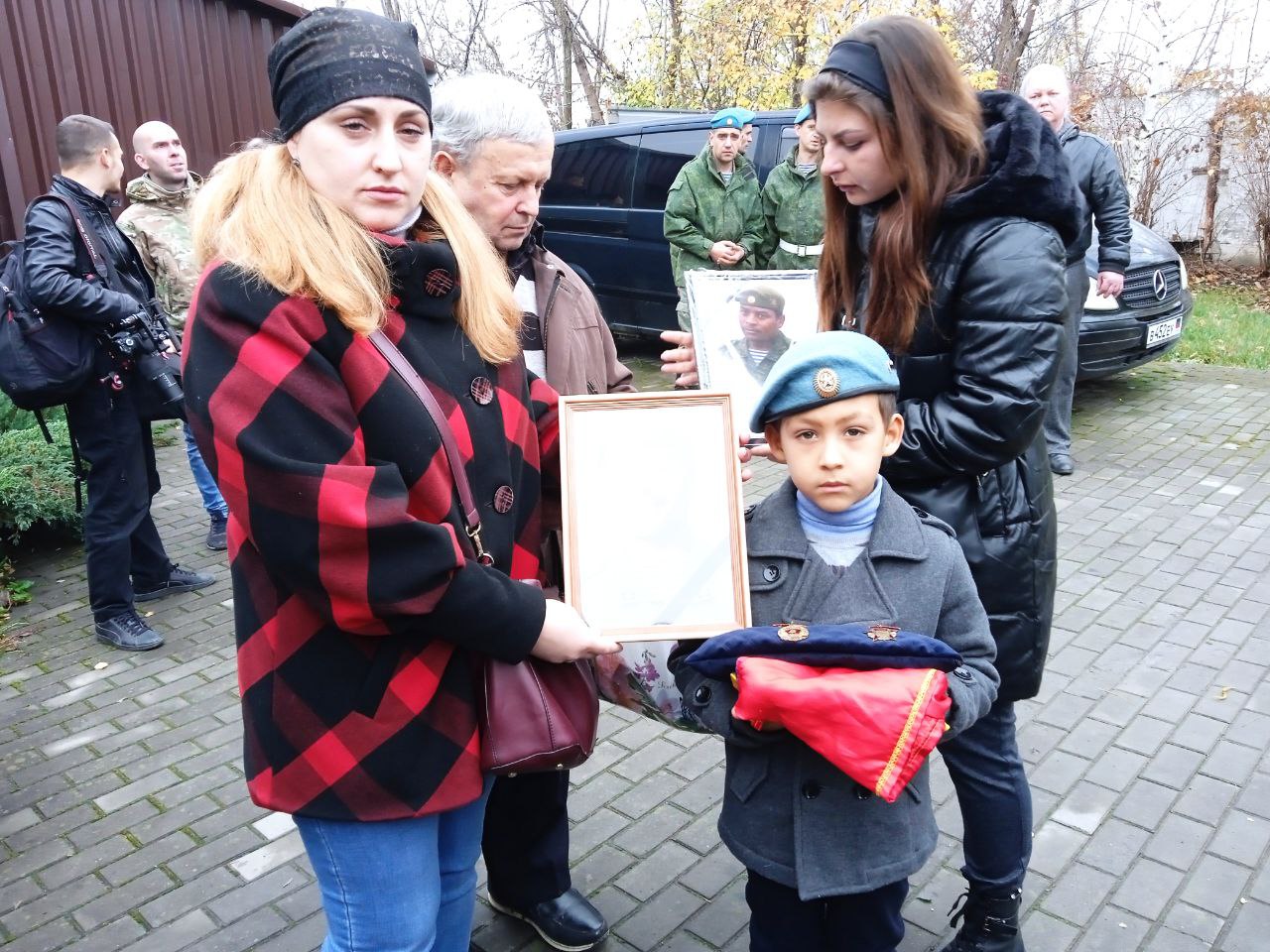 And so Alexis faced his last battle and met his fate, the fate of every true Hero, to live and die like a Hero, whose example and legend will live on, as long as there are Heroes. He leaves behind a wife and a son, many friends and comrades who love and will never forget him. He has not gone, he has only gone on, so it is true to say, as the Revolutionaries of Latin America do, "Alexis Castillo, ¡Presente!"  Hasta la victoria, siempre, hermano, nos volveremos a encontrar. 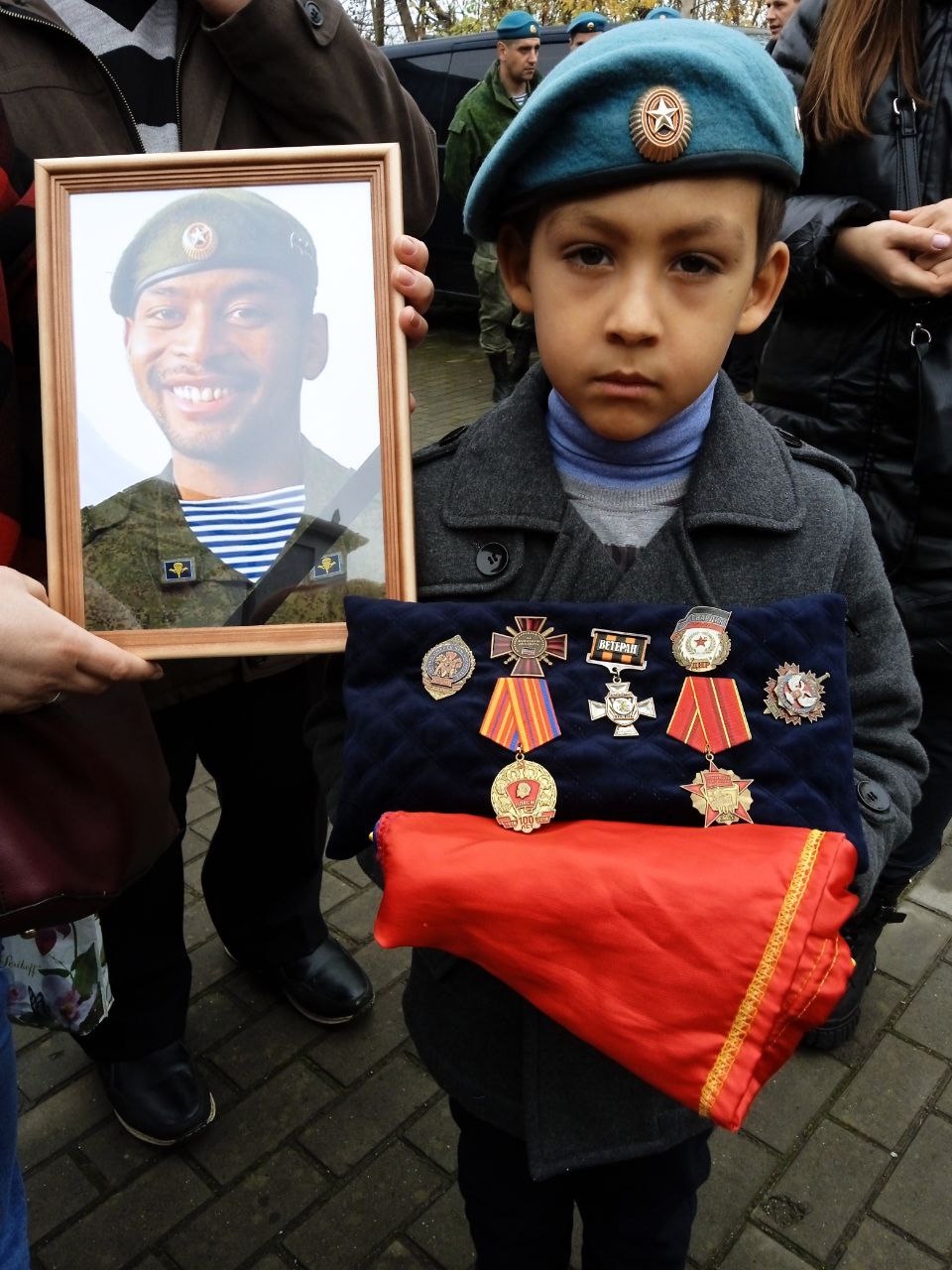 RUSSELL BONNER BENTLEY. Many of our editors and contributors are gifted in many areas, but few merit the label of “polymath” as richly as Russell Bentley, “Texac”, Donetsk People's Republic Information Officer. He has been called poet, musician, soldier, political activist, outlaw, smuggler, convict, fugitive, philosopher, lover, teacher and friend—and, indeed, he is all those things, but his course is always guided by an unswerving commitment to the construction of a better world in which peace, genuine freedom, and social justice reign supreme. A native of Texas, Russell joined—at the tender age of 54— the Novorossiyan Armed Forces (NAF) to fight what he saw as the attack on the Donbas people by an illegitimate fascist entity: the Kiev regime installed and supported by the US/NATO after a thinly-veiled coup. His example evokes the deeds of the Lincoln Battalion, the American volunteers who fought in the Spanish Civil War. As his writing gifts abundantly prove, he also channels John Reed and Hemingway in a rare, seamless, package.

“An imperial colossus is born.”

Thanks to Russell and to Alexis and his son and all the brave fighters in Donetsk.

“Liberty, equality, a brotherhood of all races and nations, Humanity as a single family, in which we are all responsible for, and respect each other.”    These principles you find “Under God” not the deceptive label of “Communism” which has no God. Wars are created by godless men who move around pieces on the chessboard and then sucker in people and patriots to fight the wars and be against one another. It all starts with the satanic Central Bankers (i.e. the money changers) who both control and issue money and own everyone to keep their conflicts, wars, impoverishment, death and… Read more »