Home THE PENTAGON-MEDIA COMPLEX Scott Ritter: America’s Hubris is Stunning and a Threat to World Peace

Scott Ritter: America’s Hubris is Stunning and a Threat to World Peace

November 13, 2022 6 minutes read
Please make sure these dispatches reach as many readers as possible. Share with kin, friends and workmates and ask them to do likewise.

Consciously stoked by the ruling elites, more than 200 years of nonstop narcissistic propaganda has become a de facto national creed enslaving the American mind to a malignant foreign policy. 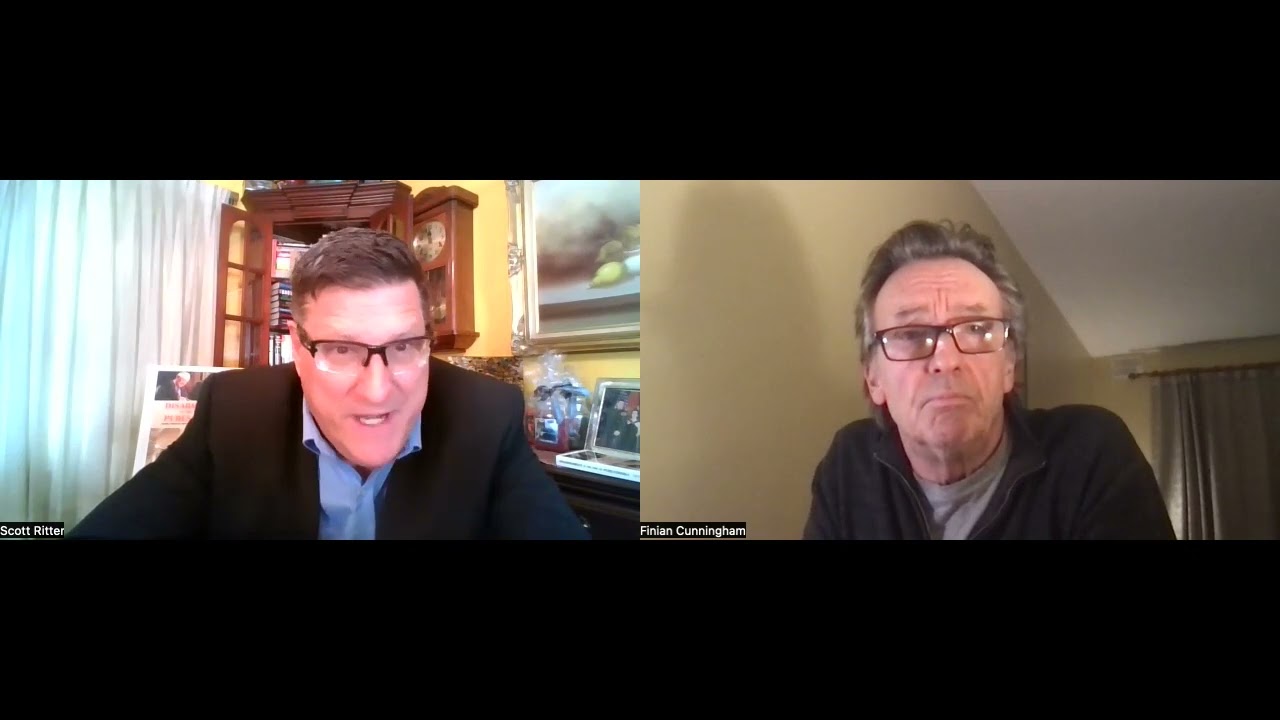 The Ukraine war is just one symptom of a bigger disease. The war in Ukraine began with the 2014 US-backed coup d’état in Kiev and the weaponizing by the United States and NATO of an anti-Russian regime over eight years.

“Absurd disconnect” in US foreign policy, “extraordinary provocations” toward Russia, the “scam” of nuclear weapons and US military defense doctrine, and the “stunning hubris” of American national myth-making propaganda invoking a “God-given right to control the world”. This is the scope of US problems that threaten world peace.

Former Marine Corps intelligence officer Scott Ritter served as a United Nations weapons inspector in Iraq during the 1990s following the First Gulf War. He controversially challenged the official US and British narrative back then claiming Iraq had weapons of mass destruction. Those claims were later exposed as lies and fabrications but they were used to launch the Second Gulf War in 2003. A criminal war with massive repercussions that still haunts today.

In this interview, Ritter calls out the absurdity of the United States voicing concerns about the danger of nuclear conflict with Russia while at the same time fueling a war in Ukraine on Russia’s doorstep.

“One has to question who is the power seeking to turn this into a nuclear conflict. Because I don’t think it’s Russia.”

He says the US has abandoned diplomacy and respect for other nations. “We view Russia as a defeated enemy from the Cold War… we want to dictate to Russia” and others.

Ritter compares the Cuban Missile Crisis in 1962 and the present tensions and dangers between the United States and Russia. He says it’s like comparing a knife fight with a machine-gun battle in the present. “We had a handful of nukes back then which would have destroyed cities. We now have nation-destroying nuclear arsenals that would end the planet”.

Ritter says the US leadership no longer fears or respects Russia as the John F Kennedy administration and previous administrations did. The “stunning hubris” in Washington makes the danger of war spinning out of control.

He also calls out the policy of ambiguity about under what circumstances the US would use nuclear weapons as a form of “terroristic” behavior. Unlike Russia or China, the US deliberately refuses to adopt a sole-use purpose for defense and deterrence. This preemptive-use option is a form of blackmail on the rest of the world. Ultimately, the logic being used is: “Do what we say or we’ll nuke you.”

Ritter says a major structural problem is the money-making scam of the US nuclear and military-industrial complex where American politicians are bought and paid for to lobby for military profits; and therefore never adopt a more sane, peace-making and democratic policy in the interests of the majority of American citizens. If the United States were to align its policy with that of Russia and China, that is, to adopt a sole-use purpose of defense then that would transform international relations, lower tensions and make eventual disarmament possible. But ironically the United States is a hostage of its own nuclear blackmail against the world. It can’t adopt a more sane, peaceful policy because of the propaganda narrative of depicting the world as full of enemies and because of the vested interests of the military-industrial complex and its politicians in Washington.

Ritter warns that America has to shed its supremacist thinking in the same way it has struggled for generations to overcome systematic racist attitudes. “Until we stop viewing ourselves as the 'exceptional people' and start viewing ourselves as just another person, there isn’t going to be peace and harmony in the world.”

ABOUT THE AUTHORS / SOURCE

Finian Cunningham is an award-winning journalist. Originally from Belfast, Northern Ireland. For over 25 years, he worked as a sub-editor and writer for The Mirror, Irish Times, Irish Independent and Britain's Independent, among others. Now a freelance commenter, his columns appear on RT, Sputnik & Strategic Culture Foundation. He is the second-time recipient of the Serena Shim Award for Uncompromising Integrity in Journalism (December 2020).