23 Things They Don’t Tell you About Capitalism (2)

Ha-Joon Chang: Companies should not be run in the interest of their owners 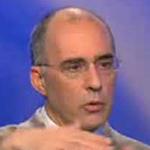 Paul Jay is the CEO and Senior Editor of The Real News Network. He is an award-winning filmmaker, founder of Hot Docs! International Film Festival and was for ten years the Executive Producer of the CBC Newsworld show counterSpin.

PAUL JAY: Welcome to The Real News Network. I’m Paul Jay. Welcome back to our series on 23 Things They Don’t Tell You About Capitalism. And joining us again is Ha-Joon Chang. Thanks for joining us again.

JAY: So we’re onto Thing 2, although as we do things, we’re kind of jumping around.

JAY: But at any rate, companies should not be run in the interest of their owners. So that’s sacrilegious. How could you say such a thing?

JAY: Our duty is to our shareholders, they say.

CHANG: Exactly. Yeah. No. You know, I mean, we have been told repeatedly that, you know, people take better care of things, be they physical things like a house or notional thing like a company, when they have ownership stake. So the companies are owned by shareholders, and therefore companies should be run in the interest of the shareholders. That’s the best for the company. And even though what you do is good for the company, it’s good for the national economy as well. So everyone benefits. Now that ,we have bought into this logic in a massive way, while we are feeling quite uncomfortable by the fact that these shareholder-driven companies have been doing a lot of nasty things, I mean, shutting down plants, sacking people. So, you know, on the one hand, you philosophically agree that we should let companies be run in the interest of the shareholders while we are suffering from all this.

JAY: But they’re saying that’s efficiency and you need this toughness, the self-interested shareholders, to introduce real efficiency.

CHANG: Oh, exactly, yeah, that’s exactly what they say. But what has been actually happening is–because these shareholders, despite being legal owners–. You know, I mean, today millions of people own shares in a company, so no one really has a long-term stake; you know, they can leave at the click of a mouse by selling their shares. So, actually, these shareholders are very impatient. They want results now. I mean, they want it–.

JAY: But in some companies you have, like, Warren Buffett’s position in Coca-Cola or you have shareholders that are essentially billionaires, not small shareholders, who own such a big stake in the company, it’s not so easy for them to sell.

CHANG: That’s right, yeah, yeah. Those are exceptions. But today, you know, for example, General Motors [inaudible] at one point that there’s [inaudible] shareholder [inaudible] was someone who owned 10 percent of the company. Basically, in the last 30 years the professional managers have basically decided to run the company in the interests of floating shareholders, because if you don’t be nice to them, they basically begin to sell their shares in such a way that your company’s taken over by a, you know, hostile–.

CHANG: Yeah. No, no. But, you know, this is actually what I call an unholy alliance between the professional managers and floating shareholders. So floating shareholders demand short-term profit. The best way to get short-term profit is to sack everyone you can think of, not invest in anything that brings a return in the long-term–equipment, research, training. You know, the professional managers actually do not care, because by the time the effect of these decisions kick in and your company decline, probably you are in another job. You know. Maybe you are retired.

JAY: Now, there are some companies that have more longer-term planning. You’d have to say Google does and some of the other bigger tech firms.

CHANG: No, no. I mean, yeah, I’m generalizing, but there are obviously [inaudible]

CHANG: No. Exactly. So this is why a lot of countries have arrangements to give a voice to, for example, trade unions or the local community or other so-called stakeholders. So once again, I mean, Americans should not believe that the American way’s the only way to run capitalism. Go to Germany. I mean, all the major companies have two-tier board structure, and on top of the managerial board, you have this supervisory board where half the members are selected by the trade unions. And this supervisory board has to give approval to big decisions like shutting down plants, agreeing to the merger or taking over some other company. And as a result, a lot of, naturally, resistance have been built into the system towards this American-style hostile takeover. In the whole 60 years of history of post-Second World War German history, there were something–only two or three hostile takeovers of any major company. And the German economy’s as [inaudible] well as the American economy. So don’t think that by involving other stakeholders, like the employees or the suppliers or the consumers or the local community, that you actually going to ruin the company. Actually, the American way has ruined the companies, because it has led to companies basically making decisions that boost profit in the short run but undermine the position of the company in the long run. You know, this has become so embarrassing that even Jack Welch, the guru of this shareholder value movement, has recently come out and said that the shareholder value maximization was–and I’m quoting–“the dumbest idea in the world”. You know. So you have to think there is this myth that, yes that the hard-edged American way is the best way to make money, actually, you know, that the root cause of the current financial crisis is in those things, is–.

JAY: But if you’re going to impose more of a social mandate on companies, like, for example, there’s–in Canada and London, Ontario, there’s a Ford plant that at its height employed 5,000 people. Apparently this fall its likely to close down. Ford has decided in its global manufacturing operations this plant doesn’t have a role to play anymore. The only way to have some community say in the closure of that plant is if there was some–either by law, regulation, or at the level of ownership, and certainly in the auto industry you’d think there’s an argument, given that the auto industry would be right down the toilet if it hadn’t been for public money.

JAY: But I don’t–but I’m not finding you arguing for more kind of forms of public ownership as a way [inaudible]

CHANG: Oh, no. I mean, it’s one of the ways. I mean, you know, I’m quite open-minded about the practical tools we use. But let me give you an example. [inaudible] in the 1970s, actually, Volkswagen, the German car company, went bankrupt in the way, say, General Motors has recently. It was saved by the state government of Lower Saxony, where the Volkswagen headquarters is, and it still had–the state government still has a 90 percent stake in the company. And when they bailed it out, in return they actually demanded that there is this law installed which demands that Volkswagen, when trying to, you know, shut down factories [inaudible] at least in Germany we’ll have to get the approval of state government of Lower Saxony. You can use something like that. And, actually, the amazing thing this time around is that the American government, the British government, they give all this money to the bankrupt companies, practically nationalized them, become the biggest shareholder, and they can even tell the employers what to do. You know, what’s–I mean, this is so outrageous. I mean, you are not even playing by the capitalist rule. Capitalist rule says that if you have the majority stake in a company, you can basically tell your employees to do whatever you want to do.

JAY: You tell the board. And, like, in the case of General Motors, they could have told General Motors, for example, we campaigned and got elected on a green agenda, so how about doing something about it? They never said a word [inaudible]

CHANG: No. But, I mean, you know, these people are now even not even playing by the rule of capitalism. For them, nothing affects their wealth.

DISCLAIMER: Please note that transcripts for The Real News Network are typed from a recording of the program. TRNN cannot guarantee their complete accuracy.

•••••
To breathe the true air of freedom and democracy you need independent media lungs. Staffed with journalists and political observers not beholden to the status quo.
SUPPORT THE GREANVILLE POST AND CYRANOS JOURNAL TODAY.
DONATE WHAT YOU CAN!

23 Things They Don’t Tell you About Capitalism (1)

An end to oil company sponsorship of the arts

Orwell’s 1984 is a paranoid piece of anti-communist...

Australian bushfire catastrophe exposes the contempt of the...