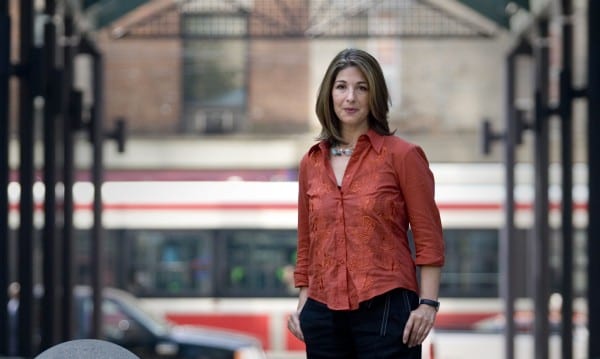 [dropcap]A[/dropcap]s virtually every reader of The Greanville Post (and countless other sources of news, commentary, and analysis) knows, Naomi Klein has written a very important book: This Changes Everything: Capitalism vs. The Climate.  In it she shows the inextricable relationship between the profit-driven, capital-accumulating economic system that we call capitalism, and global warming/climate change.  She shows how capitalism is the absolute cause of the latter as well as the absolute inhibitor of the development and implementation of the measures needed if the catastrophe that the world faces if major changes in how fossil fuels are used are not made soon.  Indeed there are some scientists who are saying publicly that it is almost too late to prevent the oncoming disaster.  Further, there are some who are saying privately that it is already too late, and, given their understanding of how capitalism and the fossil fuel industry work, were saying so even 15 years ago.

Ms. Klein certainly summarizes well the extensive data on global warming/climate change and the threat that it presents to the future of our species and many others (many of those of course also being faced with the anthropogenic Sixth Extinction that is already underway).  She then presents an impressive argument showing just how capitalism, especially in its rapacious “neoliberal” form, is wreaking the global havoc that is climate change, caused by it.  (Of course, before neoliberalism, it has wreaked numerous other havocs over the course of its existence — one can start with Vol. 1 of Karl Marx’ Capital — but that is not the focus of Ms. Klein’s book.)  The third section of the book presents the argument that if global warming is to be significantly mitigated and catastrophic climate change averted, current capitalism must be replaced by some sort of socialism or at least a much “nicer,” New Dealish/social democratic version of the current hard-driving capitalism for which nothing will stand in the way of profit and capital accumulation.  One can add to Ms. Klein’s analysis that since capitalism is driving humanity towards the end of the world dominated by its political economy, it indeed is suicidal.

Of course, the social democracy/New Deal phase of capitalism in the 20th century lasted only as long as it took international capitalism to accomplish two ends: vastly reduce the power of organized labor that sprang up before World War I and continued on for some time after World War II; destroy the major experiment in developing a socialist future (as flawed as that country’s socialist experiment was) with The 75 Years War Against the Soviet Union (which war was, of course, responsible for the development of many of those self-same flaws).  But Ms. Klein does not go into detail on the pros and cons of either alternative.

From ancient times, as the tragic history of Spartacus and numerous peasant uprisings in England, France, Germany, Austria, Russia, Poland and many other lands around the world have shown, established power has been able to suppress the rebellions with enormous costs to their cause. The apparent lesson is that bravery and commitment are no substitute for revolutionary wisdom, the ability to survive brutal repression, and tactics and strategies suitable for a long struggle.

She does offer a plan for organizing an international movement to achieve the replacement of the current “neoliberal” form of capitalism.  To do this she calls for the arising of mass movements around the world, which are apparently to arise more or less by themselves, as awareness of millions (perhaps billions) of people of the oncoming catastrophe expands.  This is where Ms. Klein’s romanticism comes in.  Apparently banding together, somehow, some international mass movement, without clear leadership and a clear political/economic agenda will force the capitalist tiger (or is it the Esso “Tiger in Your [their] Tank” [?]) to change its stripes on the matter of carbon pollution of the skies and the seas.  Well, no. 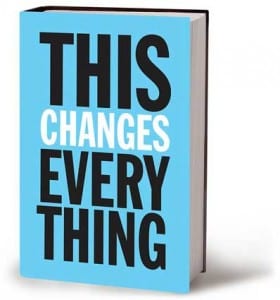 As noted, capitalism went through its “liberal phase” in the 20th century as a result of pressure coming from organized labor and the presence of a seemingly viable revolutionary socialist alternative.   The labor movement, as noted above, has been widely castrated through a variety of means (which are not the subject of this column).  The Soviet Union has been destroyed by The 75 Years War. The other major nation that underwent a socialist revolution, China, for a variety of reasons, underwent an internal reverse revolution that has created the most powerful nation yet seen that is built upon state capitalism.  Further, the capitalist world, led by the United States, has destroyed every single attempt to peacefully develop socialism in every country in which it has been tried except Cuba (in which socialist development has been severely limited by the US blockade).  The U.S. War on Viet Nam was exhibit No. 1 of this policy.  So there are currently no viable alternatives to capitalism existing anywhere on Earth.

Further, and most importantly, history has shown that capitalism and capitalists don’t easily give up.  Mass movements do arise from time-to-time, and the capitalists don’t say “well, OK, we see the error of our ways, and we’ll change.”  They respond, saying “No,” with a variety of weapons leading up to forceful repression.  And that is that.  So why would they respond  differently in this case so just because there were a number of demonstrations, even very large ones, around the world demanding that they do?  Are you kidding me?

What needs to be understood is capitalism as an economic system doesn’t just stand there by itself.  In each country, and increasingly now with globalization around the world, there is a capitalist political ruling class that keeps the economic system in place.  It does this by what Vladimir Ilyich Lenin described in his book “The State and Revolution” as The State.  The State is a collection of laws, parliaments, civil services, and etc., all underlain by a “body of armed men” (which in the modern capitalist state takes many forms, not just guns but 1984-type surveillance) whose purpose it is to keep the capitalist state in power.

Nothing of any true importance will change unless there is a change in the control of state power, which means that the capitalist ruling class must be replaced by another ruling class. For Lenin, of course, that is one that is based in the working class, workers defined as anyone who must work for a living, must sell the only thing s/he has of “market value,” his or her labor, and that, in the modern world, means communism (something that Klein is —curiously and without valid explanation—strongly against).  Further, such a movement will not just arise by itself.  It requires what Lenin called a “leading party,” and that party must be organized around certain principles which he spelled out in another one of this great works, What is to be Done.  Occupy Wall Street is a superb example of a non-led mass movement just “arising from the people,” without a disciplined, class-conscious leading party that knew what it was doing.  The State quickly destroyed it through the use of police/FBI infiltrators, agents provocateurs, and a captive mass media.

Jejune spontaneism does not work, no matter how genuine the emotions, or the passion for change. Recent Western European anti-capitalist struggles with weak or amorphous leadership, including a fair dose of spontaneism and anarchist activity met with a similar fate, despite the fact that their confrontations with the forces of the state were far more violent, many demonstrators far more “formulated” politically, and the mobilizations at times substantially larger, as in France, Spain (los indignados), and Greece, to name some of the more prominent cases. Despite the passion and zeal shown by many in the revolts, in all such instances the violence eventually dissipitated and the people stopped coming.  The capitalist state had discovered —accidentally—a new tactic that worked, while minimizing the semblance of heavy-handedness: the protesters had simply been waited out.  A parallel phenomenon was seen in parts of the Middle East , throughout the “Arab Spring,” with heroic but spontaneous revolt again leading nowhere in Tunisia, and in other places led by a religious party (as in Egypt) to a harsh crackdown by the army, with the full support, again, of the United States, sanctimonious rhetoric notwithstanding.

[dropcap]S[/dropcap]topping the destruction of the Earth by capitalism through global warming/climate change, is not going to be accomplished by some romanticized mass movement around the world that will somehow just make capitalism see the light.  It is going to require the development of true socialism, on the tough, resilient, communist model centered on control of the State, achieved by revolutions organized and implemented by leading parties of “professional revolutionaries”, just as Lenin prescribed.  Just how that is going to happen is hardly visible at the present time, but if it doesn’t, Doomsday is surely right around the historical corner.

Steven Jonas, MD, MPH is a Professor Emeritus of Preventive Medicine at Stony Brook University (NY) and author/co-author/editor/co-editor of over 30 books. In addition to being a Senior Editor, Politics, for The Greanville Post, (https://www.greanvillepost.com/); he is Editorial Director and a Contributing Author for The Political Junkies for Progressive Democracy (TPJfPD) magazine (http://tpjmagazine.us/); a regular Columnist for BuzzFlash@Truthout (http://www.buzzflash.com, http://www.truth-out.org/); a “Trusted Author“ for Op-Ed News (http://www.opednews.com/);  a Contributor to The Planetary Movement (http://www.planetarymovement.org/); and an occasional contributor to the Information Clearing House (http://www.informationclearinghouse.info/), and The Harder Stuff newsletter.

The Climate Crisis is Capitalism

The War on Viet Nam, the Coming “Official History,” and the US Victory in that War.