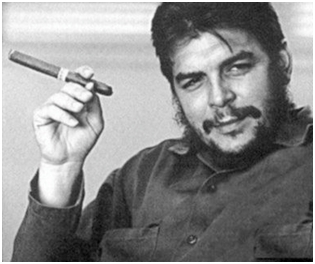 What would Che have said of this normalization? Can a small socialist nation do business with the greatest contaminant of capitalist values without being infected?

[dropcap]T[/dropcap]he simultaneous speeches delivered by US President Barack Obama and Cuban President Raul Castro Wednesday afternoon marked an historic turning point in what has been a protracted search for rapprochement between the Castro regime and US imperialism.

The two presidents announced that Washington and Havana will restore full diplomatic relations and exchange ambassadors for the first time since January 1961, following the Cuban government’s nationalization of US holdings on the island and in the immediate run up to the CIA’s abortive Bay of Pigs invasion.

In addition, Obama announced that the US is partially easing economic sanctions against Cuba. The State Department, he said, would review Cuba’s designation as a “state sponsor of terrorism,” a grotesque inversion of the real relationship, in which the US has sponsored and protected Cuban exile terrorists guilty of bringing down a Cuban passenger plane and carrying out hotel bombings and other attacks that have claimed thousands of lives. The designation triggers strict US financial sanctions and restrictions.

Is Raul Castro now ready to follow the Chinese model? And how will this “normalization” process affect Cuba’s ties with Russia and China?

While the economic embargo, codified in law by the US Congress, remains in effect, Obama is using executive authority to ease its enforcement in a number of key areas. Restrictions on travel by US citizens to Cuba are to be eased, and the amount of cash Cuban émigrés are allowed to send to Cuba is to be substantially increased (from $500 every three months to $2,000). Other US citizens will also be permitted to provide such financing. In addition, banking ties will be expanded, with US travelers allowed for the first time to use credit cards issued by American banks.

US companies will be allowed to export telecommunications equipment and “establish the necessary mechanisms, including infrastructure” in Cuba to provide telephone and Internet services. Companies will also be allowed to export building materials, agricultural equipment, machinery and other goods “to empower the nascent Cuban private sector” and foster “greater economic independence from the state.”

These moves come more than half a century after Washington broke off diplomatic relations with Havana and imposed a punishing economic blockade on the Caribbean island nation as part of a concerted and protracted effort by successive US administrations, the CIA and the Pentagon to overthrow the Cuban government and assassinate its leaders.

Washington’s anger over the measures taken by the Cuban Revolution against American profit interests has not abated. The US is merely adopting a new tactic for reversing them.

Signaling this change in tactics, Obama, who heads the eleventh US administration that the leader of Cuba’s 1959 revolution, Fidel Castro, and his brother Raul have survived, stated, “I do not believe we can keep doing the same thing for over five decades and expect a different result.”

Obama stressed that Washington would continue to pursue “issues related to democracy and human rights in Cuba,” by which he means the imposition of a US puppet regime and restoration of the kind of relations enjoyed 55 years ago under the dictator Fulgencio Batista.

An exchange of prisoners served as window-dressing for the rapprochement, with the Cuban government releasing USAID contractor Alan Gross, who had been jailed for five years for involvement in one of the US agency’s successive operations aimed at destabilizing the regime. Also freed were 53 imprisoned Cubans, most of them connected to the US-funded “dissident” movement on the island, and an unnamed Cuban citizen described as a key CIA intelligence “asset” who had been jailed for over two decades.

For its part, Washington released the three remaining members of the “Cuban Five”—Cuban intelligence officers who had been sent to Miami, Florida to monitor the terrorist groups that had carried out bombing attacks on the island. They were rounded up and imprisoned in 1998.

In his televised speech, Raul Castro highlighted the release of these three men, whose freedom had been the object of a nationwide and international campaign for the past 15 years. Following a prologue in which he affirmed his commitment to Cuba’s “national independence and self determination” and to “building a prosperous and sustainable socialism,” the Cuban president said that Obama’s release of the imprisoned Cubans “deserves the respect and recognition of our people.”

Only more than halfway through his speech did Castro mention the reopening of diplomatic relations, while cautioning, “This in no way means that the heart of the matter has been resolved. The economic, commercial and financial blockade, which causes enormous human and economic damages to our country, must cease.” But, he added, “The president of the United States can modify its application through the use of his executive powers.”

The truth is that Cuba is carrying out its accommodation to US imperialism almost entirely on the latter’s terms.

The joint announcement was the product of more than 18 months of secret negotiations brokered by Canada and the Vatican. Pope Francis issued a statement expressing his “warm congratulations for the historic decision,” and church bells rang throughout Havana and other cities, expressing the hopes of the Roman Catholic Church that it can regain its lost influence and properties on the island.

More fundamentally, the changes are bound up with policies pursued by the Cuban government for at least the last five years, as it aggressively pursued closer ties to Washington. Simultaneously, it has introduced a series of measures aimed at stimulating foreign investment and private enterprise, while rolling back reforms won through the Cuban Revolution.

This has included the destruction of jobs in the state sector, the radical revision of Cuba’s law on foreign investment, and the opening up of a major new port facility in Mariel along with a 180-square-mile Chinese-style “special economic zone.” Havana is offering foreign investors full ownership of enterprises, tax exemptions, and a cheap, state-disciplined workforce, with the government playing the role of labor contractor.

From the US side, big business interests have been pushing aggressively for an end to policies that they see as surrendering lucrative profits in Cuba to their European and Asian competitors. Just last May, the US Chamber of Commerce dispatched a delegation of more than a dozen corporate executives to the island to assess the Castro regime’s “reforms” and prospects for investment in Cuba.

Larger US geostrategic objectives also figure into the so-called thaw in relations. Washington’s policy on Cuba has served to isolate the US, with opposition to the blockade nearly universal in both Latin America and internationally. Moreover, the US has an interest in disrupting close economic and political ties established between Havana and Russia and China—both key targets of growing US military threats.

The joint announcements by Barack Obama and Raul Castro are historic, not in the least because of the protracted attempt by petty-bourgeois nationalists in Latin America and pseudo-left elements in Europe, North America and elsewhere to promote the illusion that the Cuban Revolution and the Castro government represented some new road to socialism. It was supposedly one in which socialism no longer required the conscious revolutionary intervention of the working class, but rather could be imposed by a petty-bourgeois nationalist regime brought to power by armed guerrillas.

Castro’s government countered the hostility and aggression of US imperialism by turning to the Soviet Union, a Faustian bargain that ended in economic and political disaster with the Moscow bureaucracy’s dissolution of the USSR in 1991. In more recent years, the Cuban regime has leaned on generous subsidies from Venezuela, which falling oil prices are now placing in serious jeopardy.

Now it is turning directly to US imperialism itself in the Cuban leadership’s hope that it can replicate the kind of capitalist economic setup created by its Chinese counterparts, maintaining and expanding its wealth and privileges at the expense of Cuban working people.

These efforts and the growing direct intervention of US imperialism on the island will inevitably accelerate the already rapid rise of social inequality and class tensions within Cuba, creating the conditions for new revolutionary explosions.

Bill Van Auken is a senior editorial writer with wsws.org, an information branch of the Trotskyist Social Equality Party.

Rise of the Paranoid South: How Fear of ‘Outsiders’ Cemented Conservatism’s Stranglehold in the Region