Goody two-shoes media strikes again: CBS & the “the Girl in the Picture” 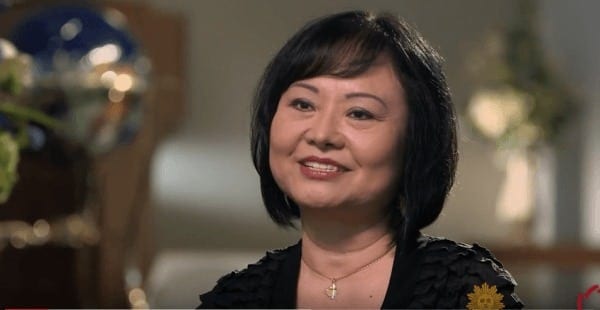 EYE ON THE MEDIA The American media have been consciously selling the official capitalist catechism (especially to the home public) for over a century, and a cornerstone of their propaganda has always been the invocation of freedom, by now just a home brand used by the business empire. This is what some observers call the “soft approach” to imperial domination via elaborate subterfuge, which includes the devious work of many NGOs, an instance of which was recently exposed in Vanessa Beeley’s Syria’s White Helmets: War by Way of Deception[/box]

The report, featured on CBS News Sunday Morning magazine program (25 October 2015) appears straightforward enough, honest and sensitive, too. Here’s this little Vietnamese girl, now a woman, Kim Phuc, who suffered ghastly injuries during the Vietnam War and who now has forgiven and rebuilt her life. Inspiring. Uplifting. Exemplary. Much of the audience will probably eat it. Some may shed tears. It’s the kind of story—the triumph of the individual over great odds, over an abstract and cold “system”—which makes Americans, brought up in Horatio Alger and Ayn Rand’s mythologies, literally kiss the ground. I can see with the eyes of the mind how many at CBS must have patted themselves on the back or even high-fived. Yay! Great journalism. Well done.

But is it? Is that all there’s to this story? I think the explicit part is fine, if flawed as even journalism 101. But’s it’s the implicit part that’s truly toxic. Let’s take a quick look.

First off, the war’s imperialist sin is not mentioned, nor is America’s sheer out-of-control criminality in attacking a small nation ravaged by EuroAmerican colonialists, a nation that presented no real security threat to the people of the United States (unless we think of the American people as just corporations, in which case that would be right) over what was a glaring false flag incident—the Gulf of Tonkin naval confrontation.

Second, although there was mention that the burns were caused by napalm, its widespread and systematic use by the US and America’s savage bombing of much of Indochina —both crimes under all international conventions—with dreadful consequences for humans, beasts, and nature that last to this day, was conveniently not dwelt upon if not simply airbrushed. Well, the focus was on “the human story,” after all, albeit, as usual narrowly defined.

The toxicity enters the picture when the victim, hailed as a hero at home, and rightly paraded as an example of Western imperialism’s immorality and brutality, suddenly and inexplicably, not to mention in a godsend for the imperialist propaganda machinery, defects to the West, seeking—take a wild guess—yes, that which only America can offer, FREEDOM, but that’s not all, for this unbelievable former victim has also found—at last—refuge and healing from her longstanding wounds in the Bible. Yes, the little girl in the picture had become a devout Christian. So, goodbye to communism and all that boring collectivist junk. Who needs ya? Free-loving, super-duper individualistic America, here I come!

It was and is almost too good to be true. And at a moment when the US is once again seeking to burnish its tattered image, what red-blooded American TV producer could pass up this chance to certify once again, for the benefit of his fellow inmates in the Bubble, the invincible, glowing, irresistible virtues of the American (Capitalist) Way of Life?

ABOUT THE AUTHOR
Patrice Greanville is The Greanville Post's founding editor.  He currently serves as publisher and editor in chief. 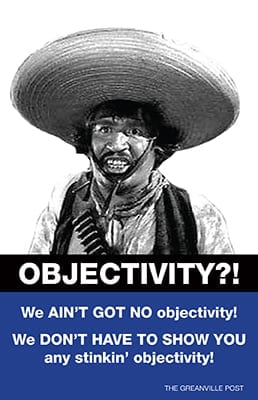 On The International Dictatorship of the United States, Its Friends (Amnesty International, ISIS and the Nusra Front) and Enemies (Hassan Nasrallah, Cuba and Ana Montes)

I started watching the interview, but turned it off when she began speaking of how she was saved by reading the bible… She is not only a poster girl for the vietnam war, but a poster girl for christianity… after all isnt the relentless march of christianity for converts an underlying theme of this war… and the current wars raging in the middle east and Afghanistan,

She learned all too well that by singing the praises of christianity… she would no longer be a victim of the crusades, but a beneficiary of joining the ranks.