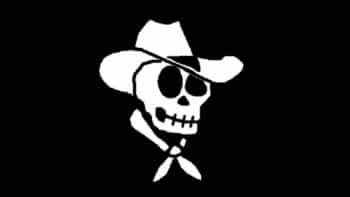 I appreciate the grounded perspective that Daniel Garner brings to the issue of great wealth and the capitalist, versus capitalism. The acquisition of great wealth is not a bloodless process, and that is an important concept to understand the goals of capitalism. -rw
Offshore companies and secret bank accounts not only conceal tax evasion, fraud and other illegal activities; they are also, where the wealthy hide their guilt.

The great fortunes of the wealthy do not come from brilliance and hard work. Great fortunes come from taking market control, from overcharging customers, short changing suppliers or treating employees as slaves.

Remember, Salk and Sabin never made a nickel off their polio vaccines. Buckminster Fuller and Einstein did not die as rich people. Galileo never patented gravity and millions of artists, scientists, philosophers, sages and just regular people created the society we live in and passed their lives only happy to have served.

Great fortunes are stolen from the people, they are not earned. In, Billionaire Buddha, Rivera Sun describes the capitalist as someone whose success is “built on others’ ruin. Predatory, voracious, insatiable, they devour lives as resources and then move on to greener pastures, leaving the emaciated in their wake…”

It was legal for Rockefeller’s Standard Oil to squeeze every dollar from every person that needed coal and oil to heat their houses or kerosene for their lamps to see by, and for Stanford, Crocker and Huntington’s Southern Pacific Railroad to charge wheat farmers so much to carry their harvest to market that the farmers were left with nothing to buy bread.

At one time, slavery was legal. Killing indigenous people and stealing their land was legal. The predatory greedy behaviors of monopolies and their rich owners were legal and condoned by legislatures and courts.

But being legal also meant people were being legally murdered by the system they had given their trust to. During the first Gilded Age and early labor movement, the people saw what was happening to them and said “Enough!” They joined their voices and their fates together and organized strategically for nonviolent civil resistance. They boycotted and struck and formed new political parties and created alternative institutions and elected new government representatives and eventually forced reform.

The people got reform. Some rules were changed. Monopolies were even outlawed. But changing a few rules does not make deep systemic change. Today, the problems have returned to haunt us.

Today it is legal for Gate’s Microsoft to control over 90% of the desktop computer operating system market, for a half dozen companies to control our media, for just a handful of businesses and wealthy owners to dominate the markets for groceries, banking, communications, automobiles, fossil fuels, drugs, health care and so much more. And today it is even legal for the rich to hide their wealth and to avoid taxes in secret companies and overseas bank accounts.

The concentration of wealth by a few is as bad today as at the worst of the Robber Baron’s Gilded Age and even worse than the difference between the nobility and peasants of ancient Rome. Just one percent of the wealthy own as much as 99% of the world combined. And that is before adding in secret offshore wealth. Estimates of riches held in overseas tax-havens range over $32 trillion dollars, which is over 10% of the wealth of the world and more than the combined wealth of six billion people.

Many of our wealthy try and remain quiet about their money. When I was wealthy, a stranger might ask that old question, “What do you do for a living?” I would reply truthfully but ambiguously, “As little as possible.” The recent Knight Frank Wealth Report states that in the last decade, fully 70% of ultra high net worth people have become even more conscious of displaying their riches in public. And well they should, because they know that the people have learned: rule changes and reform are not enough.

Wealth grows organically from the earth and the society. That any one person can claim a larger share than another is unfair. The profits of a business are made from the customers, the suppliers and the employees. The business draws on the accumulated wisdom of humanity and draws its sustenance from the bounty of the earth. The only reason a CEO can claim a salary 10,000 times that of a worker, or the Walton family can own as much as 130,000,000 people, is simply because they can get away with it. The rich know that wealth is not earned but taken from the people. Only so long as we allow them to take more than their fair share can they remain rich. And only so long as we idolize and idealize the wealthy, and want to be rich ourselves, will an elite rich class persist.

To put it in perspective, if all the people of the United States shared our nation’s wealth and income equally, every family of four would be worth nearly $1.5 million dollars and have a yearly income of over $240,000 dollars, virtually tax free. There would be no shame in being wealthy, indeed everyone would be.

Just imagine the beautiful flowering of life that sharing will bring.

Dariel Garner was a member of the wealthiest 0.01 of 1%. He is the inspiration for Billionaire Buddha, a novel by Rivera Sun about a man who had incredible riches, turned his back on wealth and found everything worth living for. He speaks, holds workshops on wealth and income inequality and blogs at riverasun.com. You can reach him by email at dariel@riverasun.com.

The Parties of Jefferson, Lincoln and FDR Are Dead

Emigre Super Blocs Part I: Inside The Secret Super Majority that Decide Election 2016 & War with Russia

You Hate Russia Because They Programmed You To:...

What Lies in the Balance For Peru?

“An imperial colossus is born.”

The White Lotus Seasons 1 and...

You Hate Russia Because They Programmed...