Home AMERICAN PROPAGANDA Capitalism Myth 10: Growth is the Only Way 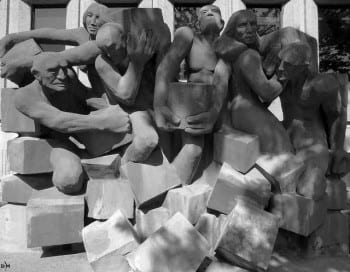 Peering into the rubble of the great financial crash of 2008, economists, politicians, the media and the public have been looking for signs of recovery in terms of lasting growth. Not so much stability, mind, but growth – an expanding economy is a living economy, goes the logic, bringing its munificence as jobs and prosperity. Thus every flicker of growth is seized upon with hopeful optimism – ‘Are things finally on the mend?’

But here’s the thing – between 1900 and 2008 world population quadrupled and the economy more than kept up, with GDP per capita increasing sixfold. If one looks at GDP increase for the world as a whole (factoring in the population increase and adjusting for inflation), it has leapt up more than 25-fold.1

The question that begs is whether the rising tide has lifted all boats. Apart from some success in the very basics, such as literacy and maternal-mortality rates, the picture remains familiar: rewards for the very few and stasis or worse for the vast majority.

After this century of growth, 925 million people do not have enough to eat, and just under half the world’s population lives in absolute poverty – despite more than enough created wealth to abolish such evils.2 Yet traditional economists keep repeating the mantra of growth. Anne Krueger, who has worked for both the World Bank and the IMF, claims: ‘Poverty reduction is best achieved through making the cake bigger, not by trying to cut it up in a different way.’1 No surprise then, that economic growth hasn’t affected inequality.

As the preceding discussion suggests, the capitalist system suffers from enormous contradictions and compulsions not liable to be resolved within the framework of policy permitted by the system’s chief beneficiaries. Most importantly, capitalism, as indicated previously, is a system that by design is on a lethal collision with nature. Endless expansionism is buried deep in its genes. (Joel Kovel, a “green economist”, justly called his own 2002 volume, The Enemy of Nature). Can anything be done?

The growth mania is not likely to be abandoned any time soon, nor moderated in a manner satisfactory for ecological health. Besides the established requirements of constant competition, the by now well-entrenched “executive mentality” mentioned above (a sociological superstructure in its own right) is turbocharged and replicated at every turn by the catechism taught in business schools, Western madrassas of business fundamentalism where far too many eager youths, not particularly burdened with too many moral scruples, converge to learn how to become Gordon Gekkos in the shortest possible time. Furthermore, the ever-expanding pie has some other less well discussed functions, such as social pacification (constantly rising income however minimal dampens cries for egalitarianism), and what some have called “redistribution of income at the margin” whereby huge transfers of wealth are effected from the middle and lower classes to the top with few if any ever noticing. This is however a delicate mechanism. Let the economy grind to a halt, or backslide, and the true face of Dorian Gray begins to show.—PG

Note: The above is an excerpt from Patrice Greanville’s Understanding American Capitalism, a book review of MINDFUL ECONOMICS, by Joel C. Magnuson.

Employment levels have fluctuated rather than grown steadily as one would expect. Indeed, new technologies that increase productivity lead to greater profits but fewer jobs rather than more.

The emphasis on GDP growth at all costs has led to wasteful resource use, particularly by the wealthier countries, on an unparalleled scale and without a backward glance. It is often noted that the economy is a subset of the ecological system, but equally there seems to be a belief that nature can cope with anything we throw at it.

[dropcap]H[/dropcap]owever, an assessment by the Global Footprint Network indicates we are running a dangerous ecological debt. Currently the global use of resources and amounts of waste generated per year would require one and a half planet Earths to be sustainable (see graph). The price to be paid for this overshoot is ecological crises (think forests, fisheries, freshwater and the climatic system), a price that is again paid disproportionately by the poor.3 Moreover, as resources get more difficult to extract, it becomes increasingly difficult to maintain the fictions of unbounded growth that traditional [capitalist] economic thinking relies on.

However, arguments to tackle our obsession with growth and work towards building a more sustainable economy often get derided as a desire to be mired in recession. But a steady-state economy is about meeting needs without environmental breakdown and brings benefits unknown to the proponents of consumer culture. The focus would be on greater equality, redistribution and quality of life – job shares and meaningful work, the value of leisure and human engagement, housing security rather than castles and tenements. Balance, in other words – an economy of having enough, where no resource is squandered and recycling is optimized.

❛Real class warfare will result not from sharing, but from the greed of elites who promote growth because they capture nearly all the benefits from it, while “sharing” only the costs.❜ ~ Herman Daly, US ecological economist

This requires such a huge paradigm shift away from all we are led to believe is sound, that ecological economic thinking on how to achieve a steady-state economy remains woefully sidelined. In the wealthier nations we have a fear that reducing our mountains of things means we are losing the race, even if it’s a rat race. We acquiesce to a ridiculous level of housing insecurity because ‘that’s the way the market is’, even if it’s being played for all its worth. And we cheer on debt-led consumer spending as evidence of that increasingly elusive growth.4

If the three-per-cent growth rate aspired to by many wealthy countries were achieved, their economies would double every 23 years – consuming in 23 years as much as all previous periods combined. Sustainable?

Yet questioning the pursuit of growth is viewed as death at the polls by politicians, with only a few brave Greens going there. So in the current climate, growth it is – like there’s no tomorrow.