Home ANTI-NEOLIBERALISM Catalan Independence Flounders on the Rocks of Reality

Catalan Independence Flounders on the Rocks of Reality 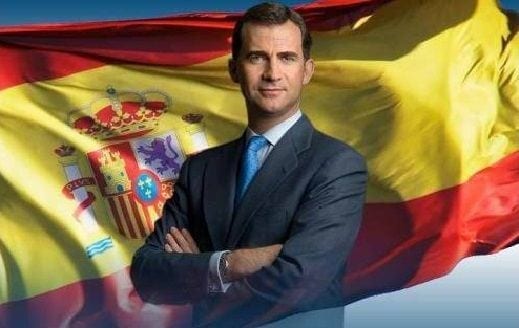 "With their irresponsible behavior they [the Catalans] put their own region and all of Spain at risk."—Spain's king Felipe VI.  Like it or not he has entered the fray and represents a majority view in the peninsula, especially since the motives for separatism fail to inflame genuine revolutionary passions.

Well it all seems so terribly nineteenth century doesn’t it? Leaders of a secessionist movement declare independence after weeks of high drama, involving hundreds of thousands taking to the streets, waving flags, singing anthems, crying tears of joy or anger depending on whether opposed or in favour of Catalan independence. In response, the Spanish government imposes direct rule and prepares charges of sedition and rebellion against said leaders of said secessionist movement, who respond by fleeing the scene and choosing, if reports are to be believed, political asylum over political martyrdom, whereupon everything returns to normal.

At this point it is tempting to accuse Catalan separatist leader, Carles Puigdemont, and his cohorts of labouring mightily to bring forth a mouse. People have returned to work, there has been no mass civil disobedience – no troops or riot police on the streets – and new regional elections have been called by Madrid in which all the contending parties have pledged to take part.

For anyone who has visited Catalonia in recent years, this will come as no surprise. In fact it is astounding that such a crisis could have matured to the point that it did in what is one of the richest regions of Europe. Arriving in Barcelona, the Catalan regional capital, you are confronted not by an oppressed downtrodden people but by an affluent society blessed with the benefits of a vibrant tourist trade, booming economy, and modern infrastructure. The city’s restaurants, cafes and cantinas are packed, and it boasts an abundance of cultural and historical riches. Barcelona in 2017 could not be further from Belfast in the 1970s or any town or city in the occupied West Bank of Palestine today – parts of the world associated with the cause of national liberation.

"The cause of Catalan independence is not driven by anti-colonialism, anti imperialism, or resistance to national oppression. It is driven instead by cultural nationalism and economic chauvinism. The burning goal of its leadership is not the dream of freedom from tyranny but the desire to establish an Iberian Switzerland..."

The cause of Catalan independence is not driven by anti-colonialism, anti imperialism, or resistance to national oppression. It is driven instead by cultural nationalism and economic chauvinism. The burning goal of its leadership is not the dream of freedom from tyranny but the desire to establish an Iberian Switzerland. As such, it is not a cause worth dying for, as it appeared was the place this crisis was headed unless sanity prevailed.

Taking a wider view, what this event reveals is that while in periods of economic prosperity and stability history maintains its rightful place as a register of the past and roadmap to the present in a given society, in times of economic dislocation and hardship, it is embraced as a means of escape and sanctuary. And when this occurs, when history is raised as justification for ripping up the status quo, social cohesion, even in supposed bastions of Western democracy such as Spain, is tested and threatened as never before.

In declaring UDI (unilateral independence) Carles Puigdemont and his supporters within the Catalan regional government and parliament embarked on a kamikaze political course regardless of the balance of forces arrayed against them. With the EU, Washington, indeed the entire international community failing, to register anything other than fulsome support for Spanish unity, such a course was remarkable in its delusional character.

In politics, as in war, knowing when to retreat is as important as knowing when to advance; with the former often more difficult and requiring of more courage than the latter due to the challenge it brings of managing the unrealistic expectations and demands of some within your own ranks – those for whom any backward step is tantamount to betrayal. With this in mind, it is clear that Puigdemont, faced with the choice of acting sensibly in the face of the aforementioned balance of forces militating against UDI, or succumbing to the pressure exerted against his leadership from within his own movement, opted to succumb.

It is a decision that may well mark his political epitaph.

What also cannot be gainsaid is that in the course of this crisis Catalan opponents of independence have had their democratic rights subverted by their separatist counterparts. Having boycotted the Oct 1 referendum in protest over its legality, they found themselves confronted with the prospect of being ripped out of Spain against their will.

The wider point is that neither side in this crisis is without blame when it comes to bringing it to the point of no return. Moreover, it bears repeating that its underlying is the same one that has fuelled support for Scottish independence in recent years; the same one that drove Brexit and which is behind the emergence and traction of anti-EU parties across Europe. That cause is an economic model, neoliberalism, whose sustainability was shattered irrevocably by the global financial crash and ensuing recession, starting in 2008.

Yet instead of burying the corpse of neoliberalism, as they should have, political elites have for purely ideological reasons extended themselves in trying to breath life back into it with the imposition of austerity programs that have sown even more misery and dislocation in the lives of millions of their own citizens.

Thus they are authors of their own demise. 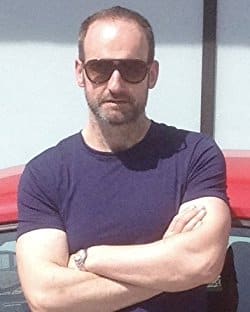 John Wight is the author of a politically incorrect and irreverent Hollywood memoir – Dreams That Die – published by Zero Books. He’s also written five novels, which are available as Kindle eBooks. You can follow him on Twitter at @JohnWight1
JOHN WIGHT—In politics, as in war, knowing when to retreat is as important as knowing when to advance; with the former often more difficult and requiring of more courage than the latter due to the challenge it brings of managing the unrealistic expectations and demands of some within your own ranks – those for whom any backward step is tantamount to betrayal.

What US Police Protect and Serve Motto Means

Stalin on the Allies’ idea of dividing Germany

Stirrings of “#DemExit” among Bernie followers—Is a third...