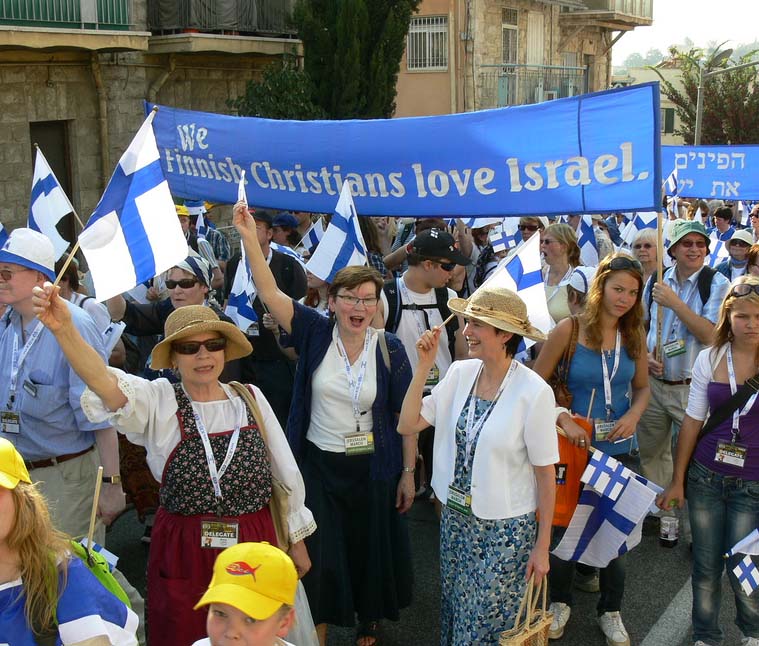 [dropcap]F[/dropcap]or decades American policy has focused on serving the interests of Israel at least as much as serving the citizens of the United States. Americans are just starting to wake up to that fact, but Benjamin Netanyahu acknowledged it on camera in 2001, when he was filmed saying: "I know what America is. America is a thing you can move very easily, move it in the right direction.”

Israeli control of U.S. policy is largely due to the effectiveness of the American Israel Public Affairs Committee (AIPAC). AIPAC exerts greater control over America’s congressional representatives than virtually any other lobbying organizations. AIPAC has long flaunted this fact, boasting about the power it exercises in Washington. Illinois Senator Charles Percy declined to sign onto an AIPAC-sponsored initiative and was then defeated in his 1984 re-election campaign. AIPAC raised more than a million dollars to help defeat Percy, which was a lot of campaign money in those days. In 1992, AIPAC’s president David Steiner bragged (on tape) that he was personally responsible for President George H.W. Bush providing $3 billion in foreign aid to Israel. In the years since, AIPAC has grown even more powerful. In 2013 Jan Harman, a former congressional representative with a sterling record of defending Israeli interests in Washington, told CNN that her congressional colleagues had resisted backing Obama’s Iranian nuclear agreement because Israel had lobbied against it.

AIPAC is not a political action committee in the traditional sense; it doesn’t provide money directly to candidates. Rather, it operates more like a brokerage, directing Jewish PACs and individual donors—along with a growing network of Christian Zionist groups and similar organizations—to contribute money to candidates through a vast network of AIPAC-controlled organizations at the national, state, and local levels. This arrangement allows AIPAC to inject vast amounts of cash into campaigns across the country while avoiding contribution limits and other laws, as well as avoiding public scrutiny of AIPAC’s activities.

Israel’s behavior is not making AIPAC’s job any easier. Revulsion against Israel’s genocide, apartheid, land theft, and internment of the Palestinian people is growing around the world On March 1, 2019 the United Nations announced the results of an investigation by the U.N. Independent Commission of Inquiry, which concluded that Israel had committed war crimes and crimes against humanity during the 2018 Gaza border protests. During these largely peaceful protests Israeli soldiers shot and killed 189 Palestinians and injured another 6,100 between March and December of 2018. During this period, “Israeli snipers shot at journalists, health workers, children, and persons with disabilities, knowing they were clearly recognizable as such,” according to Santiago Canton, chair of the independent commission. Canton said the report “found reasonable grounds to believe that Israeli security forces committed serious violations of human rights and international humanitarian law. These violations clearly warrant criminal investigation and prosecution.”

The Colonization of the United States

The degree to which Israel dominates U.S. governmental policy approaches the level of colonization. Israel’s priorities become America’s priorities. If Israel wants a country destabilized or a regime changed, it doesn’t send in the Israeli Defense Force (IDF) to accomplish the task; it has its colony the United States do its dirty work. When Israel wanted Saddam Hussein ousted from Iraq, it was the U.S. military that ousted Hussein, not the IDF. If the U.S. goes to war with Iran, the war will only serve Israeli interests, not American interests. AIPAC directs U.S. policy to such a degree that it achieves returns on the money it invests that are disproportionately massive compared to the original expenditure. For AIPAC, the U.S. congress is a relatively cheap date.

Representative Ilhan Omar from Minnesota brought this situation to the public’s attention when she tweeted that U.S. politicians represented the interests of Israel because of AIPAC money, adding: “It’s all about the Benjamins baby.” 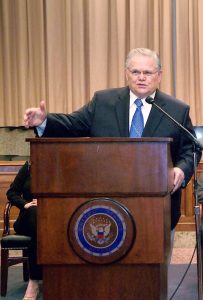 Pastor John C. Hagee of Cornerstone Church in San Antonio Texas at the U.S. Capitol on July 18, 2007 during CUFI's (Christians United for Israel) annual conference. Religious lunatics and charlatans have always been a fixture of American culture.

Publicly criticizing AIPAC has long constituted political suicide and exposing the control AIPAC has over American policy elicits bipartisan condemnation. AIPAC is one of the most important money teats for U.S. politicians, and our congressional representatives love nothing more than suckling from a swollen money teat leaking large amounts of cash from its nipple. Democrats and Republicans alike denounced Omar for publicly stating what is obvious to anyone with enough capacity for abstract thought to perform basic ablutions after eliminating solid waste and these political piglets made a bipartisan effort to smear Omar as “anti-Semitic.”

Critics of Israel’s control of U.S. policy are invariably labeled “anti-Semitic”; every critic of Israel must be marginalized, and applying the anti-Semite label has historically been the quickest way to destroy such critics. That’s not the case in Israel itself, which has a relatively free press; Americans can find more actual reporting about Israel’s genocide, apartheid, land theft, and other war crimes against the Palestinian people in Israeli news sources like Haaretz and Mondoweiss than they can find in U.S. corporate media, which labels the slightest mention of Israel’s crimes against humanity “anti-Semitic.” This is the case even when the people criticizing Israel’s atrocities are themselves Jewish.

U.S. corporate media sources dutifully parroted the pro-Israeli talking points espoused by their masters in the ruling elite when attacking Ms. Omar, but this time the Zionist propaganda spewing from the talking heads elicited an unpredictable response from the peasantry. This time Americans generally sided with Ms. Omar rather than the chattering propagandists on cable news, rendering the ruling elite’s attempt to direct the peasantry into providing unquestioned support for Israel ineffective, perhaps for the first time in modern history. “Ilhan Omar’s... presence disrupts a status quo of bipartisan, uncritical support of Israel,” human rights attorney Noura Erakat said in an article published in Middle East Eye.

“That Omar keeps raising her hand and sticking her neck out after all that speaks to her character and will, both of which appear to have been forged in steel,” wrote the Minneapolis weekly City Pages.

Ms. Omar proved City Pages’ assessment of her character correct when she told an audience at a Washington bookstore: “I want to talk about the political influence in this country that says it is okay to push for allegiance to a foreign country.” This was obviously “anti-Semitic,” at least according to Steve Heungs, a former Minnesota assistant attorney general, but the fact that a semi-corporate news organ like City Pages defended Ms. Omar indicates that opposition to the United States acting as a subservient colony of Israel is growing from the ground up.

[dropcap]O[/dropcap]ne would think Israel’s control of U.S. governmental policy might begin to wane after the U.N. determined that Israel was actively engaging in crimes against humanity and the American people are increasingly questioning congressional allegiance to Israel, but AIPAC has found a strange-but-powerful bedfellow: Christian Zionists. Christian Zionists have developed a peculiar interpretation of the Bible, taking to heart obscure and random bits and pieces of scripture that support their Israel-centric worldview. The hardcore among them believe that the Jewish people need to gather in Israel and rebuild the third Jewish temple on the Temple Mount. The first temple was destroyed by the Babylonians and the second temple was destroyed by the Romans. The Christian Zionists believe that building a third Jewish temple on the Temple Mount is a prerequisite for Jesus to come back and rapture them up to heaven. We don’t really know if they developed this theory based on some bizarre interpretation of Biblical scripture or if it evolved from some twisted folk tale, as did Groundhog Day, for example. Most likely it was a combination of the two.

The Christian Zionists’ celestial retirement plan has a slight problem in the form of the three Muslim mosques built on the Temple Mount, including the Dome of the Rock, which was completed in 692 CE and is still standing, making it one of the oldest Muslim structures on earth. Most people find this impressive, but for the people who believe the Dome of the Rock needs to be razed and replaced by a third Jewish temple to entice Jesus to come out of hiding, it’s just a very old annoyance, an obstacle between them and their rapture. The same is true of the Palestinian people themselves, who are nothing but a speed bump in the Christian Zionists’ plan to make Jerusalem a goyim-free zone, so Christian Zionists are the most fervent supporters of Israel’s genocide against the Palestinians. Every decent Jewish person is appalled by Israel’s slow-paced genocide of that country’s indigenous Palestinian population, but America’s Christian Zionists are frustrated with the leisurely pace and want Israel to step up its genocide. They’re tired of waiting for Jesus and want to force His Hand.

The sane world, however, is having a different reaction. For reasons known only to those few people invited into the most exclusive meetings at the annual gathering of the Bilderberg Group, the ruling elite continues to support Israel’s criminal regime, but Israel’s war crimes against the Palestinian people are disgusting the rest of the world. The revulsion people feel toward Israel’s criminal behavior has grown to a point where talking heads repeating the ruling elite’s propaganda on television can no longer placate that disgust. You can blow out a candle, as Peter Gabriel pointed out the last time the world became fed up with a criminal apartheid state, but you can’t blow out a fire. 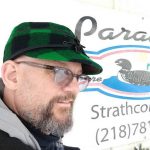 Darwin Holmstrom has worked as a farmhand, factory laborer, assistant potato inspector, adjunct professor, and book publisher, but mostly he writes. He’s written, co-written, contributed to, and ghost written over 40 books on subjects ranging from goats in mythology and Les Paul guitars to Indian motorcycles and action-adventure novels. He’s currently working on How to Build a Guillotine from Upcycled Pallets and other Ecologically Sound Tips for the Environmentally Conscious Revolutionary. His hobbies include sedition and collusion with Russians and other communists.