CNN, CBS, NBC, MSNBC, Fox, the NYTimes, the WaPo, the Wall Street Journal, the coterie of vassal media in subimperialist nations, fellow whore media like The Economist, the (UK) Guardian, and so on...and let's not forget the deformations constantly introduced by supposedly comedy shows, like Bill Maher's, which has gone full on zioimperialist, or Steven Colbert, always a dependable conduit for the Democrats' lies du jour.  The list is indeed long of those engaged in disinforming the public 24/7, all of them existing and operating chiefly for the benefit of their masters, the 0.00001% that owns everything worth owning in this world, and which continues to accumulate wealth in horrific ways to the deathly detriment of at least 4/5 of humanity. The harm done by these sanctimonious media whores is incalculable. When humanity awakens, it will be a huge miscarriage of justice to simply forgive and forget what they did in these troubled times, how they abetted and helped to engineer the most heinous crimes of the empire. Nazi propagandist Julius Streicher, whom we hanged at Nuremberg, was a piker when compared to these guys' rap sheet.

Given these circumstances, it is not surprising that, at least in America and much of the West, with their long cultivated prejudicial views of socialism and massive ignorance permeating everyone's brain, the picture about Venezuelan reality is simply Orwellian, one designed to confuse ordinary news consumers, and predispose them to accept as right, urgent and necessary the toppling of Venezuela's "Maduro regime"—a "regime", mind you—that won the right to run Venezuela with a much higher proportion of direct votes than those received by Trump himself.  Yes, friends, we live in a nation of astounding, revolting hypocrisy, a duplicity only matched by its colossal criminality.

Here's Max's report on the real Venezuela. His piece is accompanied by more "media whore debunking" at the hands of the always lucid and capable Jimmy Dore and the redoubtable George Galloway.—PG 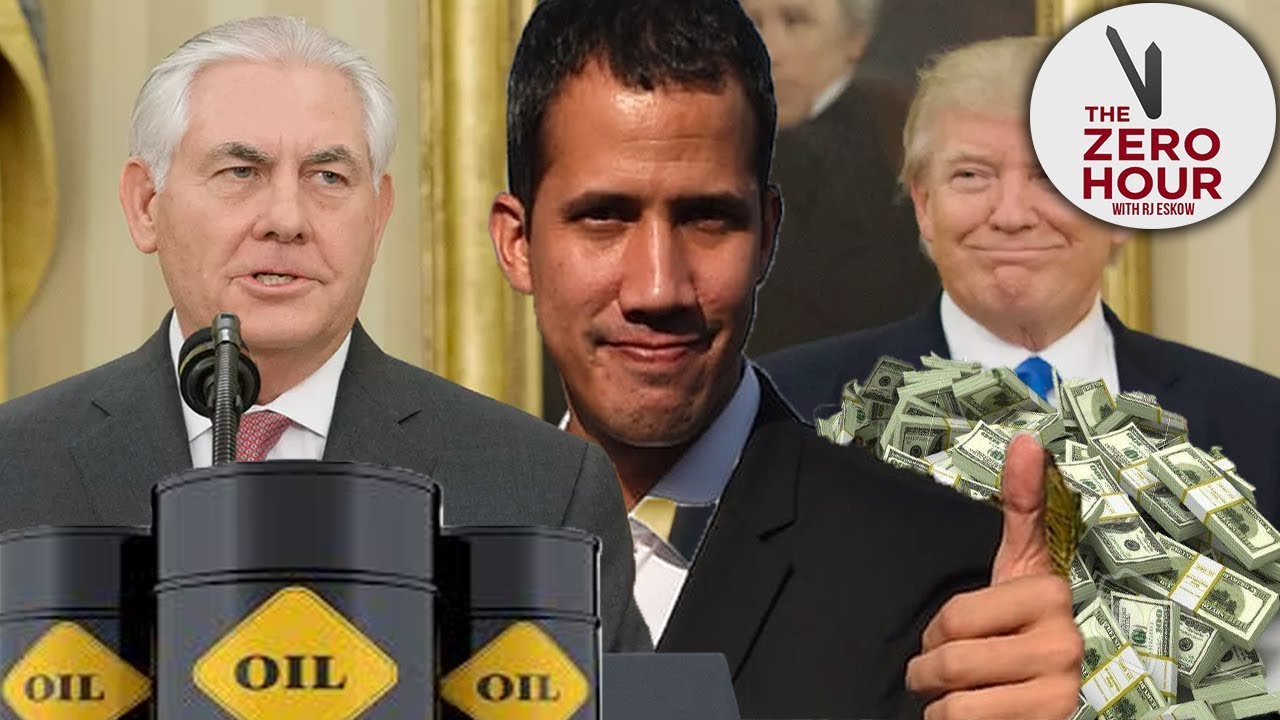 This is an addendum of related materials 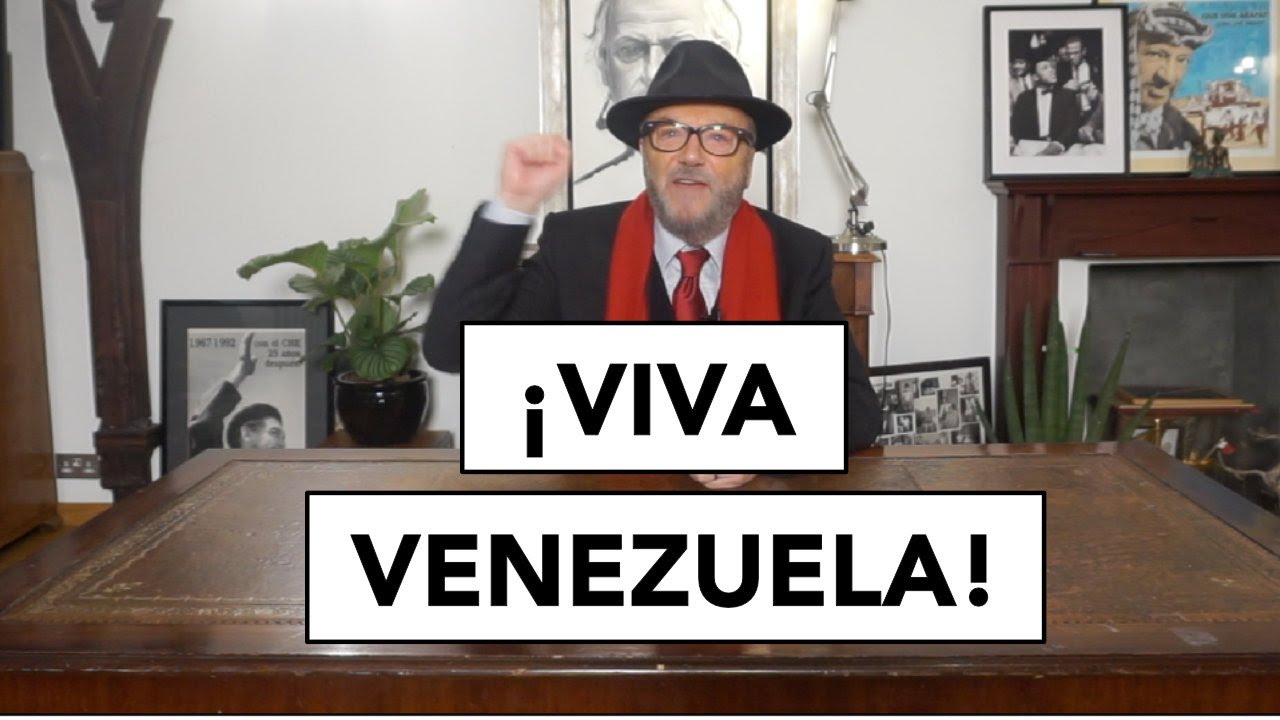 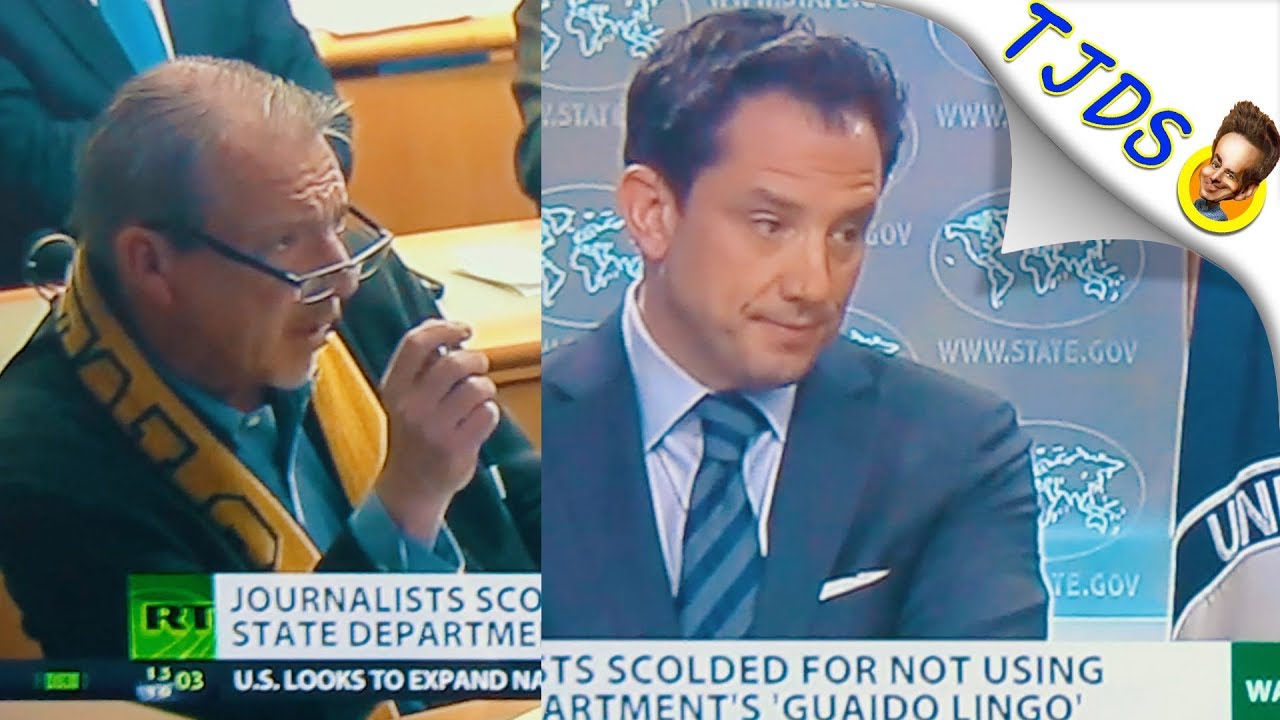 And meanwhile back at the malignant ranch...news suppression was going full throttle already in 2018. Just in case you missed it...
The Empire is busy suppressing dissenting voices. Below a report filed by RT.com also subject to fierce harassment by the imperial censors. 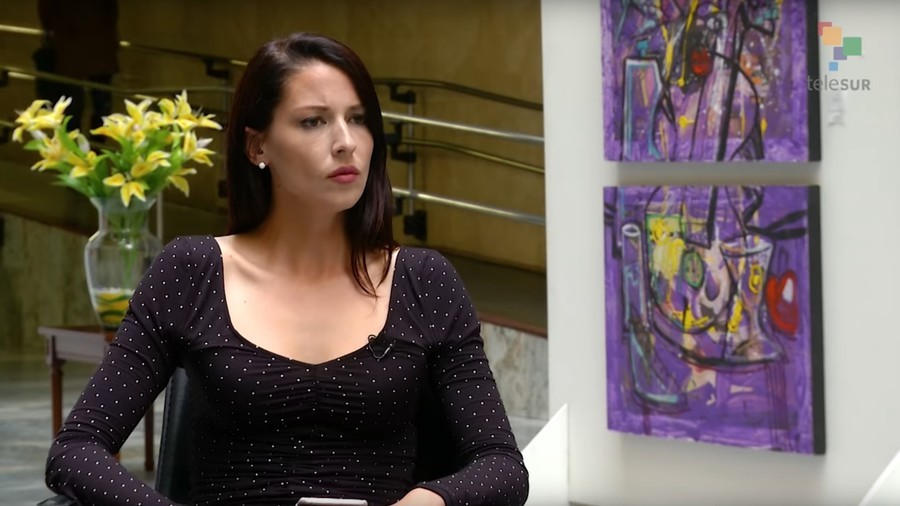 [dropcap]T[/dropcap]he Trump administration’s sanctions on Venezuela have not just weakened the country’s economy but have deprived millions of viewpoints questioning the US policies, as Abby Martin’s show on TeleSUR shut down citing financial woes.

“From inside history’s biggest empire...recording a world shaped by war & inequality” – The Empire Files’ (TEF) airs on TeleSUR, a latin-American TV network that derives most of its funding from the Venezuelan government. Abby Martin, a former RT journalist now hosting TEF announced on Wednesday that the show would completely shut down its operations, citing the tough US sanctions on Venezuela’s socialist government as responsible.

The Empire Files has released over 100 documentaries and eyewitness reports from around the world, from the US to Israel to Venezuela, and is known for its unapologetically leftist, anti-imperialist message. Its staff haven’t been paid since May, when the US government responded to what it called the “sham” election of President Nicolas Maduro with further sanctions, blocking all wire transfers originating in Venezuela.

“There appears to be no solution, and no end in sight, to this ongoing financial attack,” read a statement from TEF.

According to TEF, the show and its parent network’s anti-US position has made it a target for violence in the past. TEF claims that a US-backed coup plot in 2015 included plans to bomb TeleSUR’s headquarters in Caracas and that a TeleSUR news team was ambushed by US-backed opposition forces in 2017, and nearly lynched, with one reporter shot during the ambush.

The coordinated removal of right-wing conspiracy theorist and polemicist Alex Jones from major social media networks earlier this month incensed some conservatives and free-speech advocates, and delighted much of the American left. The ban seemed to validate the long-running conservative claim that the Silicon Valley tech giants’ political views fall somewhere to the left of Stalin but, in reality, left-leaning and alternative networks worldwide are feeling the squeeze too.

TeleSUR’s Facebook page was abruptly removed last week, with the network claiming that “no specific reason” was given for the removal, except that TeleSUR might have violated one of the platform’s terms of use.

“This is an alarming development in light of the recent shutting down of pages that don't fit a mainstream narrative,” the network declared, referencing the recent shutdown of Jones’ online presence and the deletion by Facebook of Venezuelanalysis, an outlet that offered leftist commentary on Latin American affairs.

Both TeleSUR and Venezuelanalysis had their pages restored, but many saw the removals as a continuation of the US government and big tech’s war against dissident voices.

“The US is at war now with Iran, Russia, China, the EU and Venezuela and any dissident voices, so as the authoritarian position of the US increases, Facebook and other media are under increasing pressure to abide by the line that comes out of Washington,” James Petras, Professor Emeritus at Binghamton University and an expert on Latin America, told RT.

While it is unclear whether there is any direct connection, Facebook recently partnered up with the Digital Forensic Lab, a subsidiary of the Atlantic Council, a neo-liberal think tank set up in 1961 to promote Western ideology around the world.

Facebook teamed up with the Digital Forensic Lab as part of its ongoing mission to police news and views on its platform. In a blog post announcing the partnership, the DFL said that it would strive to “expose and explain falsehood online,” and weed out the West’s favorite bogeymen – the ‘Russian bots.’

First they came for RT

The origins of the crackdown actually go back to RT. Long before Jones was essentially excommunicated from the internet, former Director of National Intelligence James Clapper wrote a report denouncing two RT shows, one of which was hosted by Abby Martin. It didn’t matter that these shows had finished airing at the time, they were included in Clapper’s report as proof that ‘the Russians’ meddled in the 2016 election by “promoting a particular point of view, disparaging our system, our alleged (sic) hypocrisy about human rights, etc.”

The report, presented to the Senate Intelligence Committee last year, would provide pretext for “beginning to wage a wider war on dissident narratives in online media,” said independent journalist Max Blumenthal. It was a war that the social media titans were only too eager to sign up for. Twitter ‘offboarded’ RT’s accounts, denying the network the ability to promote its own tweets, and Google de-ranked RT in its search results. In the US, the Justice Department forced RT to register as a foreign agent.

“I was appalled at how juvenile [the report] actually was,” Martin told Blumenthal. “These politicians just deny reality...so RT giving a platform to people who are anti-imperialist, and are discussing the reality of this country was the threat, is the threat.”

‘Convincing that Empire’s not the enemy’

The end goal of the apparent crackdown is, according to Martin, an exclusion and expulsion of dissent, whether it comes from the left or the right – under the guise of fighting fake news and Russian influence.

“We’ve been had, and we’re being conned again,” she said. “The establishment and the whole Russiagate narrative is basically convincing people that our enemies are not who rules over us: The empire is not the enemy; those we see, activists, left-wingers, those are the real enemies.”

With its funding cut off, The Empire Files is looking to crowdfunding to settle its bills and pay its expenses. At present, the team hopes to raise enough cash to complete post-production on recent, unreleased footage from Gaza and Colombia.

About the Author
Max Blumenthal, a cofounder of the Grayzone Project, is one of America's most valuable and intrepid journalists.

Geostrategy After the Deadlock in US-North-Korean Relations