The US war drive against Iran and the conflict with Europe

As US warships steam towards Iran and the Pentagon considers plans to deploy 120,000 troops to the region, bitter conflicts are erupting between Washington and the European Union.

On Monday, US Secretary of State Mike Pompeo barged uninvited into an EU foreign ministers meeting in Brussels and attempted to browbeat his European “allies” into backing Washington’s regime-change policy in Iran. The same day, the Spanish press reported on a secret Pentagon letter denouncing the EU’s plans to establish a European army. The decision to leak the letter, two weeks after the EU had received it, was bound up with the acute war crisis.

In the letter, the Pentagon did not mince words. Declaring itself “deeply concerned” over the EU army project, it warned of a “dramatic step back” in US-EU ties and threatened to cut off cooperation with European arms manufacturers. It added that the EU’s plans could “revive the tense discussions that dominated our contacts 15 years ago on European defense initiatives,” when Berlin and Paris publicly opposed the illegal US-led invasion of Iraq at the United Nations.

Such threats make clear that US-EU tensions involve more than continuing EU support for the 2015 Iran nuclear deal, which the US repudiated a year ago, or Trump’s threats to impose tariffs on European automobile exports.

NATO was a pillar of the post-World War II order, formed in 1949, four years after the end of World War II, and directed against the Soviet Union. It now faces disintegration as the fight between the United States and the European imperialist powers for access to markets, natural resources and strategic advantage, which twice led the capitalist system to world war in the 20th century, violently reemerges in the 21st.

After the Stalinist bureaucracy dissolved the Soviet Union in 1991, US imperialism sought to counteract its economic decline by utilizing its military power. It launched wars, with the support of some or all of the EU powers, from Iraq to Yugoslavia, Afghanistan, Libya and Syria. A decade after the 2008 Wall Street crash, however, as the US economic position continues to weaken, the conflicts between US and European imperialist policy are increasingly unbridgeable.

The EU increasingly charts its policy over vocal US objections. Various European powers are signing up for China’s Eurasian infrastructure Belt and Road Initiative (BRI), integrating the Chinese firm Huawei into EU telecommunications networks, and opposing US nuclear weapons deployments to Europe following Washington’s scrapping of the Intermediate-Range Nuclear Forces (INF) treaty with Russia. The Pentagon sees these policies, taken collectively, as a threat to US world hegemony. 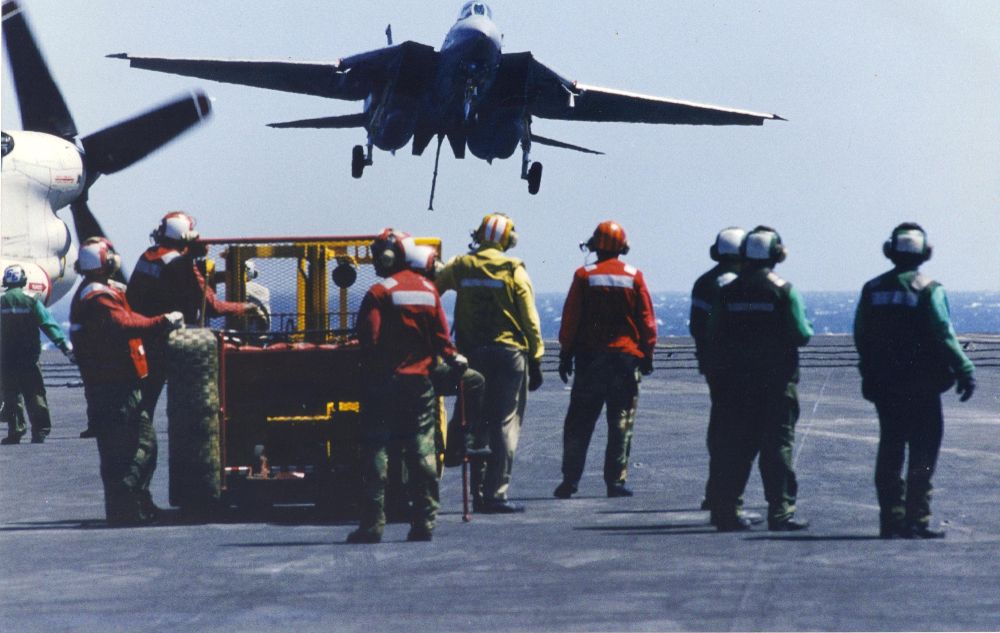 Plans for an EU army led by Paris and, above all, Berlin, which has abandoned its post-World War II military restraint and remilitarized its foreign policy, cause alarm among US strategists. In an article in Foreign Affairs titled “The New German Question,” Robert Kagan writes: “The breakdown of the European balance of power helped produce two world wars and brought more than ten million US soldiers across the Atlantic to fight and die in those wars… Think of Europe today as an unexploded bomb, its detonator intact and functional, its explosives still live.”

The Trump administration is responding by trying to radically reorganize Eurasian geopolitics, beginning with war and regime change in Iran. Leon Trotsky’s analysis of US imperialism in 1928, a year before the Wall Street crash that ushered in the Great Depression, reads like an analysis of the contemporary situation:

In the period of crisis the hegemony of the United States will operate more completely, more openly, and more ruthlessly than in the period of boom. The United States will seek to overcome and extricate herself from her difficulties and maladies primarily at the expense of Europe, regardless of whether this occurs in Asia, Canada, South America, Australia, or Europe itself, or whether this takes place peacefully or through war.

As the world is brought face to face with a new volcanic eruption of US imperialism, it is critical to grasp the nature of the emerging war and have a strategy to oppose it.

A US war with Iran, a country with more than twice the population and four times the size of Iraq, would lead to losses far larger than the already horrific toll of the 2003 war against Baghdad: over one million Iraqi civilians killed and tens of thousands of US, British, Spanish, Italian and other NATO casualties. Even more rapidly than the ongoing Syrian proxy war—in which Washington, the Persian Gulf oil sheikdoms, the EU powers, Turkey, Iran, Russia and China have all intervened—it would escalate towards all-out regional and global war. The danger of a catastrophic nuclear conflagration is very real.

The decisive question is the building of an international anti-war movement in the working class. The war drive against Iran is unfolding amid an international upsurge of class struggle across the Middle East, Africa, Latin America, Europe and America. The past 18 months have seen mass Iranian workers’ protests against austerity, a wave of teachers’ strikes organized independently of the pro-capitalist trade unions in the United States, the rebellion of auto parts workers in Mexico, and the “yellow vest” movement in France. This upsurge has escalated in 2019 with the outbreak of a national teachers’ strike in Poland and mass antigovernment protests in Algeria.

This emerging movement can develop only if it links the struggle against austerity to opposition to militarism and war, and does so on an international scale, uniting the working class against both US and European imperialism.

When mass international anti-war protests erupted before the 2003 invasion of Iraq, the media and a layer of middle-class pseudo-left parties encouraged illusions that the Democratic Party in the US and German and French imperialism would restrain the Bush administration. This proved disastrously false. Not only did the Democrat Obama continue the wars and launch new ones in Libya and Syria, but the EU powers have since plunged hundreds of billions of euros into their own militaries in an attempt to compete with the US in plundering the world’s resources.

“The old certainties of the postwar order no longer apply,” German Chancellor Angela Merkel declared on Wednesday, adding that China, Russia and the United States “force us time and again to find common positions.” She explained, “Germany, France and Britain are taking a different approach from the US on the question of the Iran agreement… As far as defense cooperation is concerned, we are making good progress.”

The EU powers’ operations are no less predatory than those of US imperialism. Fearing above all the growing challenge from the working class, they no longer bother to posture as opponents of US wars of aggression at the United Nations, as in 2003.

While Paris violently represses the “yellow vests” and Germany’s Grand Coalition government promotes the neofascist AfD and protects right-wing extremist professors who whitewash the crimes of Hitler and German militarism, all of the EU regimes impose austerity on the workers to fund their armies. The British International Institute for Strategic Studies estimates that if Washington should leave NATO, Europe will be obliged to spend $110 billon on a naval buildup and $357 billion on a land army.

The critical task is to arm the resurgent movement of the international working class with a political program to fight war and the capitalist system that gives rise to it.

*The struggle against war must be based on the working class, the great revolutionary force in society, uniting behind it all progressive elements in the population.

*The new anti-war movement must be anti-capitalist and socialist, since there can be no serious struggle against war except in the fight to end the dictatorship of finance capital and the economic system that is the fundamental cause of militarism and war.

*The new anti-war movement must therefore, of necessity, be completely and unequivocally independent of, and hostile to, all political parties and organizations of the capitalist class.

*The new anti-war movement must, above all, be international, mobilizing the vast power of the working class in a unified global struggle against imperialism.

ABOUT THE AUTHOR
Alex Lantier is a senior correspondent with wsws.org, a Marxian publication.

Where Have All the Anti-War Warriors Gone?