Home ENVIRONMENTAL STRUGGLES Timidity and Palliatives While the Planet Burns

Timidity and Palliatives While the Planet Burns 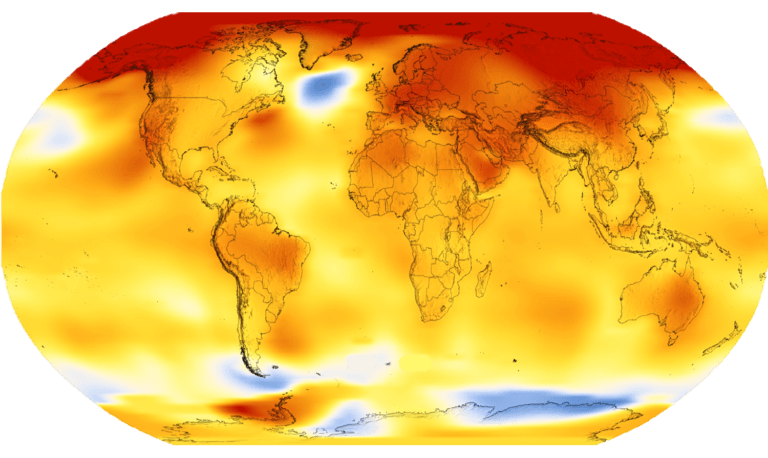 Photograph Source: Eric Fisk – Public Domain
Editor's note: The author—as usual—has important, nay, urgent things to say. But he's way too soft on the Democrats, who are as much part of the global systemic problem as their duopoly twin, the despicable Republicans. This is a zombie party that exists today only because the Democrats betrayed the country scandalously when they had the opportunity, actually the mandate, to do some deep rectification after George W Bush's catastrophic regime's ended, a decade soaked in arrogant ineptitude and chauvinist lawlessness. The Cheney-Bush regime was US exceptionalism on steroids and their record only confirms this creed's malignancy. More importantly, they were merely implementing, with little dissembling, the system's programmatic requirements. At that point, if the Democrats had altered that course, let alone given the American people a vigorous program of infrastructural reconstruction and universal healthcare¯ or, as many proponents call it, Medicare for All (hopefully removing the current arbitrary cap at 80% coverage), just those measures would have assured the Democrats the American throne for many generations. But they are too stupid and way too corrupt to do anything remotely good or truly sensible, even for themselves. This is a party whose myopia, at this point suicidal, only reflects the terminally obtuse values of short-term thinking capitalism, the true religion of the United States. That's why any mention, even a hint, that this party, as an entity, is something to prefer to the Republicans, is  simple delusion.—PG

[dropcap]T[/dropcap]he best conditions for genuine discussion, for me at least, is during a feast of good food and drink. Ancient Greeks called that symposium.

The wisdom behind the tradition of symposium – millennia ago and today — is simple. Friends and guests eating food and drinking wine feel good about themselves. Organic food well-cooked and excellent wine do that. They are medicines. In such euphoria, symposiasts are very likely to be honest, even eloquent, in their expression of their views or opinions.

This is the reason Plato chose the dialogue for the spreading of his ideas. The dialogue comes from intimate symposium discussions.

Today I often hear Americans speaking in radio or television saying this and that must be part of a “national conversation.” I wonder what they have in mind.

This is because in the second decade of the twenty-first century Americans are divided as never before. Republicans are embracing guns, perpetual wars, corporate plutocracy, America-first, and ecocide. Indeed, Trump and the Republicans are now moving the country for a possible war against Iran.

The Democrats advocate policies that may improve the well-being of Americans. (sic) Yet when the Democrats had the White House and Congress, those policies were timid in fixing the gross inequality among rich and poor in America. In addition, Democrats have yet to propose a coherent plan to diminish and end global warming.

Given this political instability, verging on soft civil war between the rich and poor, the cultural elites are covering up the schism by palliative measures, especially unpolitical but fashionable talk in the academy. Professors pontificate about sexuality, race (whites or blacks or lesbians for new appointments?) and other anthropological headings. However, our intellectuals leave alone the decimation of wildlife and global extinction of species from industrialization and the potentially catastrophic effects of nuclear bombs, pesticides, industrial robots and Artificial Intelligence.

President Trump adds flavor to the political silence on serious issues. His strange behavior and hazardous policies put him at the center of political life in America. Televisions keep repeating every word he utters, thus pushing urgent national conversations out of political attention.

Just one weed killer, glyphosate, became the king of poisons the world over because of careless regulation. The Trump EPA keeps saying the chemical does not cause cancer while thousands of Americans have been suing glyphosate’s owner, Monsanto, for coming down with cancer as a result of using glyphosate. A California jury awarded a couple $ 2 billion for their suffering from glyphosate cancer.

In the midst of this anxiety, our toleration of diversity in political discourse is fading. Large media will not publish critical opinions about controversial pesticides, industrialized farming or about taxing the rich or bringing to an end wars and the ecocide of corporate America.

I have examples of being interrupted in conversations and called names. Some readers of my articles threaten me. Several times people have said to me: “Why don’t you go back to Greece?” This started in my undergraduate student days, decades ago.

I must be saying things that get people excited or angry. Or, as someone said, my talk is sometimes full of “negativity.” I do respond by saying that, for the most part, my persistent criticism is for things I love. The reason is simple. I want those things improved, not destroyed. That explains my criticism of the EPA. Besides, I tell my questioners, my name Evaggelos in Greek means the messenger of good news.

I am astonished at the amount of misinformation-superstition preoccupying people on radio and especially television. It’s as if the sayings of people or companies is packaged for sale. Then televisions mix up news and advertisements to the point where it’s difficult to learn what is happening in this country and the world.

I rarely watch commercial television. If I do, I always silence the advertisements. But for those who don’t, I feel sorry for their mental health. They become brainwashed.

Newspapers are not as bad as commercial television. You read their stories and either you become enlighten or confused or more secure about your superstitions or understanding of events.

I remember an editor of the Washington Post telling me: “We will never publish you.” In 2004, the New York Times accepted an op-ed article for publication. But when, in 2007, I emailed the editor for some explanation for the delay, he sent me a $ 300 for the article, which he never published.

In 2014, I was in Seattle, Washington for a talk in Town Hall Seattle about my book: Poison Spring: The Secret History of Pollution and the EPA. My publisher Bloomsbury Press had also made arrangements for an interview with the National Public Radio. I showed up at the office of NPR only to learn that the producer had stayed home because of illness. “But don’t you worry,” a woman radio associate producer said to me. “We will call you for a phone interview.” They never did.

The same thing happened with Amy Goodman of Democracy Now. She cancelled a prearranged interview with me.

Clearly, there are people and institutions that have been trying to suppress my message. They don’t want Americans to know their conventional (non-organic) food is laced with neurotoxins and carcinogens – all for the profit of a handful of petrochemical conglomerates and the convenience of a few thousand large factory farmers.

And at a time of dramatic species extinction, and global warming threatening all life on Earth, they don’t want you to know that our “science-based” and pesticide-addicted agriculture is one of the largest sources for both of these two calamities: species extinction and steadily increasing world temperature.

So, where is the national conversation about these facts?

PBS: stay away from polluters

Yes, PBS (Public Broadcasting System) does educate with its series on Nature. In one of these documentaries, a biologist said something to the effect: “stop using pesticides because they threaten honeybees.”

I was delighted. Truth is powerful.

But PBS must do more: reveal the dirty politics behind pollution and the deadly environmental crisis undermining Nature itself. Stop, for instance, accepting money for the program NOVA from one of America’s chief polluters: the Koch brothers. These petroleum men care less about the natural world, much less honeybees. They are funding PBS to put lipstick on their dirty business.

Indeed, this PBS connection to polluters has restrained and subvert public television, including the Newshour, which I watched for decades. I always wondered why, for instance, this program, with some exceptions, rarely touched industrialized farming.

Eliminating the influence of polluters from public television and radio would probably spark a real national conversation.

About the Author
Evaggelos Vallianatos worked at the US Environmental Protection Agency for 25 years. He is the author of 6 books, including “Poison Spring,” with Mckay Jenkings.

The Yellow Vests of France: Six Months of Struggle

How You’ve Been Deceived: The Mechanics of Mass...

How You’ve Been Deceived: The Mechanics...