Editor's Note:
[dropcap]A[/dropcap]ny cursory search about Uyghurs in the Western-controlled internet yields a ton of articles, almost all condemning and defamatoy of China's "oppression" and "crimes" against the Uyghurs, presented as nnocent victims in a replay of the same type of propaganda levelled at China on the question of "Tibetan enslavement" by Beijing. The US media, always a reliable propaganda tool for the US ruling establishment, has never failed in this regard. As recently as July 16, the New York Times was at it, running an "opinion" piece asking a tendentious question: 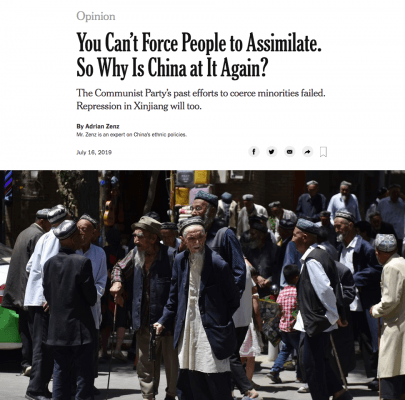 It's clear the US ruling cliques will not stop, as China and Russia or any small or major independent nation is by definition in the crosshairs of US hegemonic imperialism. This we know on the basis of ridiculously abundant evidence, including overt statements by top US officials (including the Pesident and the Vice President)  and many other official advisors and cabinet members. Such belligerent posture did not begin with Trump. Many aspects of it were already clear and in force under prior administrations, notably Obama's, who initiated his famous "Pivot to Asia", unleashe dthe intervetion in Syria,  and plotted to set up a pro-Western regime in Ukraine, among other crimes. The below presentation—a literal eye-opener— is therefore by way of a much needed corrective. Let us hope it is widely shared.  In this context, we also strongly recommend Andre Vltchek's powerful reportage, March of the Uyghurs, also published by The Greanville Post.—PG

First of all, the media will never show the peaceful, prosperous parts of Xinjiang: 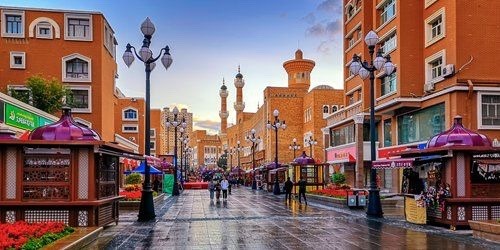 And Western media won’t talk about the billions of dollars that China has invested in Xinjiang, modernizing the cities, building 21 airports, linking with region with bullet trains etc. 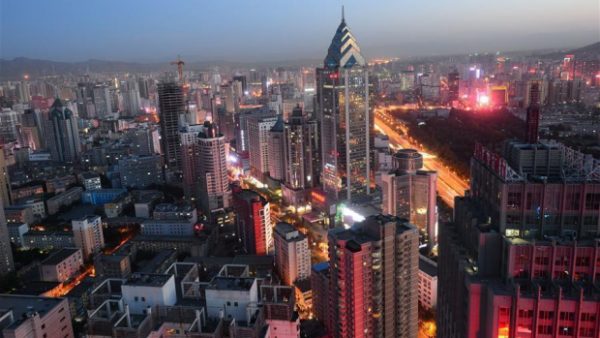 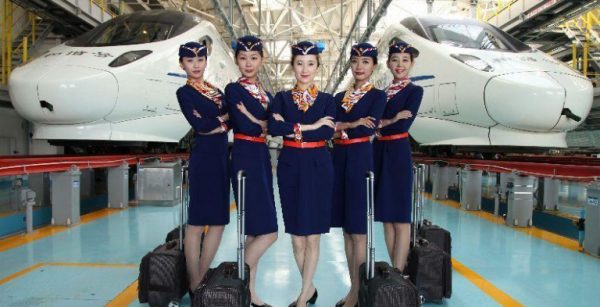 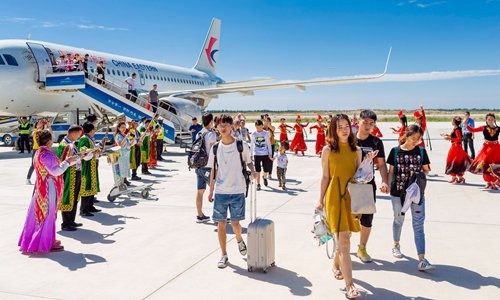 In 2018, the 21 airports in Xinjiang handled 33 million passengers

And there are also thousands of mosques in Xinjiang, whose recorded history goes back more than 2000 years when the ancient Silk Road linked China to Italy and Greece. In China, there are mosques that were built in the 10th century, which demonstrates the tolerance and respect for religious rights in Chinese society.

Also to remember are two nuggets of information: Xinjiang is a really vast region — it’s four times as large as California(!); and Uyghurs make up only about 40% of Xinjiang’s population.

Now, let’s break down the facts. There are four types of Uyghur Muslims:

These are middle or upper middle-class Muslims who enjoy normal lives, have good jobs, and integrate easily with the mainstream Chinese culture. There are even popular Uyghur musicians, TV hosts, rappers (!) etc. in China. Here are two famous Uyghur actresses — Guli Nazha and Dilraba Dilmurat. 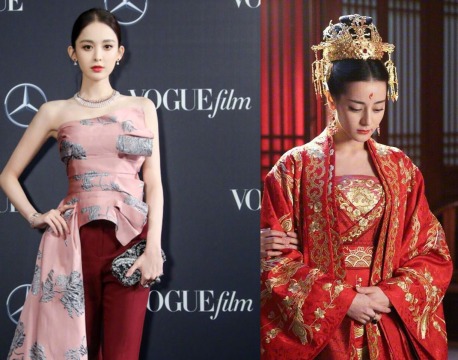 Uyghur kids from educated families go to schools, live normal lives and have a lot of fun on social media like Tik Tok (“Douyin” in China):

And here is an upper class Uyghur wedding, for which obviously the family must have spent a lot of money!

There are also many working class Uyghurs who may own restaurants and gift shops or work as artists and craftsmen in touristy places. Their lives aren’t bad and most of them don’t get into trouble with the government. here’s a quick slideshow : 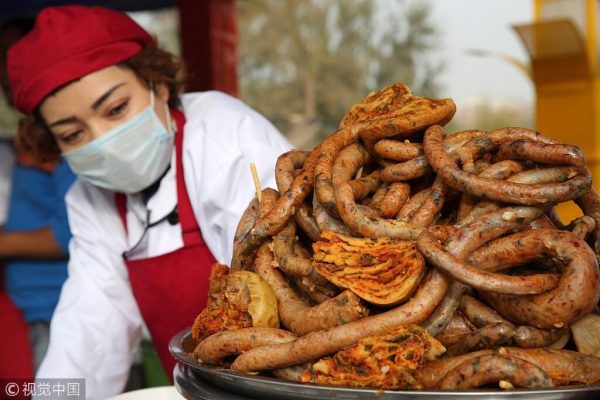 Then there are really poor Uyghurs who live in slums. These are prime targets for recruitment by jihadists. Many of these Uyghur kids work on the streets and shine shoes or help their families with menial jobs like taking care of donkeys or other animals.

When the Chinese government mandates that these children go to school, the Western media scream bloody murder. What hypocrisy! If these Uyghurs come to the US, the children will be forced to attend schools as well. Here is a school that the “evil CCP” forces the Uyghur kids to attend: 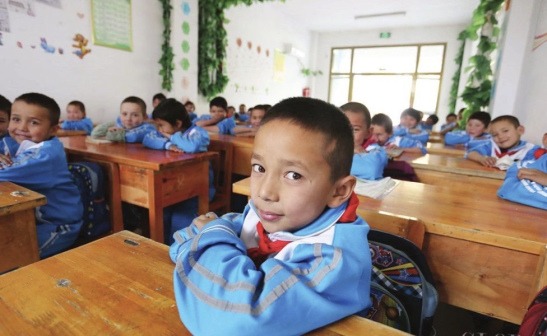 Most of these kids don’t even speak Chinese, which greatly limits their abilities to find jobs later on as adults. So when they learn Chinese in school, the western propaganda screams, “cultural genocide.” Sheer idiocy!

The BBC admits that the “communist” (gasp!) government has spent $1.2 billion in the last five years on upgrading and building new schools for children in Xinjiang. This should be applauded, not demonized! 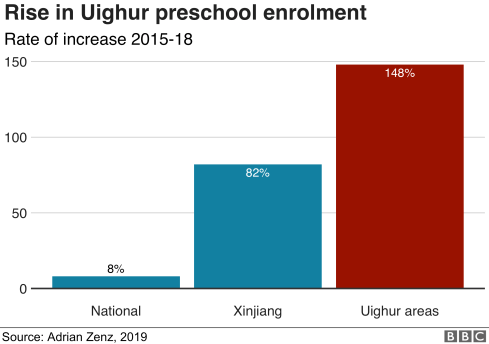 The Chinese government has done a phenomenal job by lifting 1.85 million Uyghur Muslims out of poverty between 2014 and 2017. Of course, the western media will never talk about it.

Then there are Uyghurs who are herders and nomads in the vast Xinjiang region. 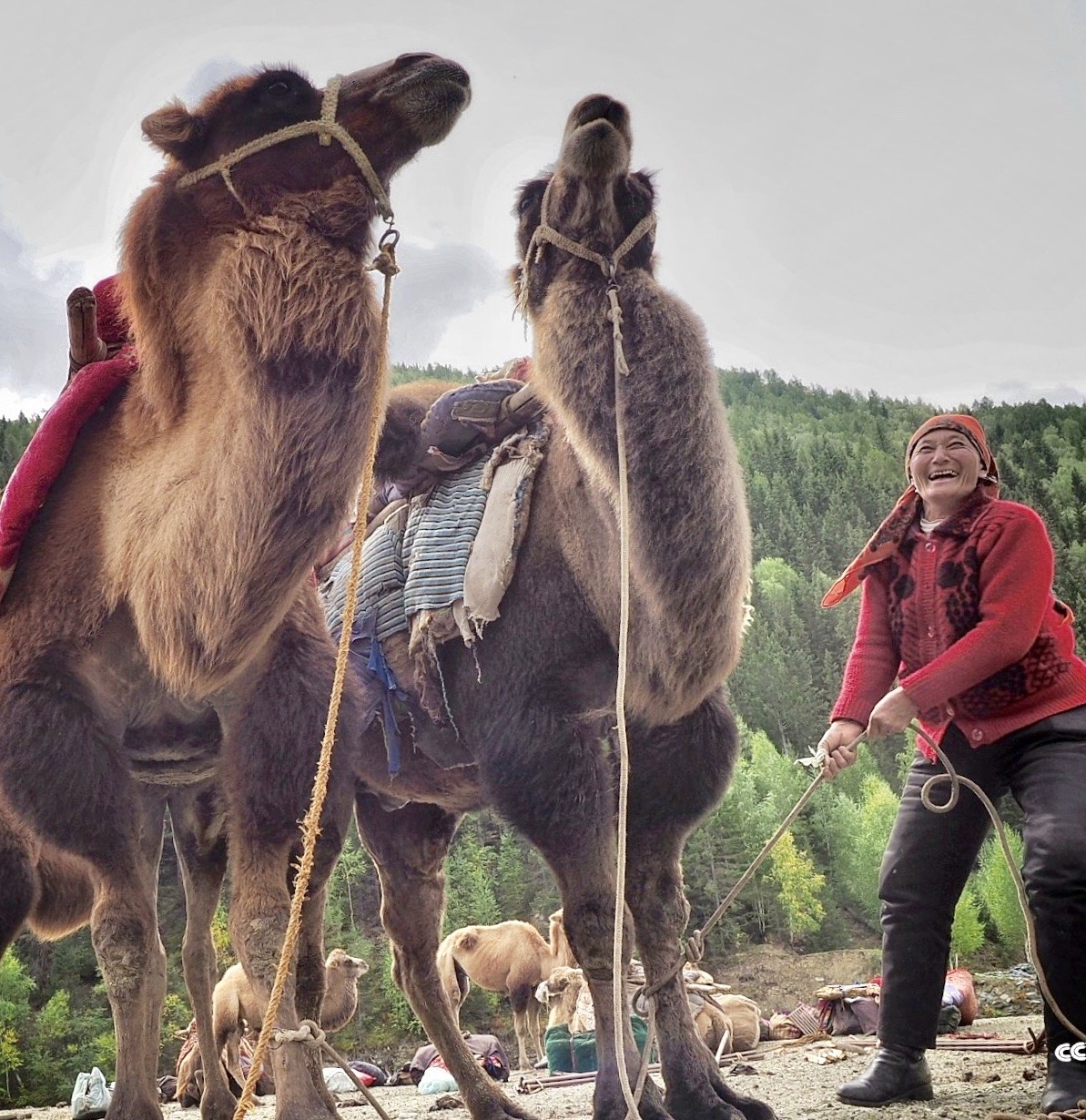 Although it seems romantic, their lives are not compatible with modern days. Most of them are stuck in extreme poverty and their kids also grow up completely illiterate. Sometimes the Chinese government relocates tens of thousands of these people into the cities and gives them jobs, free housing, health care etc. Of course, US media will spin this as “ethnic cleansing.” (The government has helped millions of Chinese people in other areas get out of extreme poverty by similar relocation projects as well).

Many of these nomads appreciate the new life: “With central heating, gas, running water, Internet and cable TV, we no longer need to worry about things that troubled us in the past.” 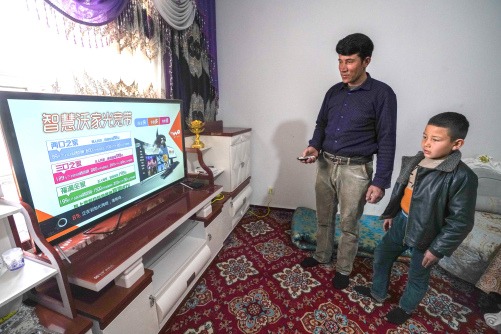 Sometimes, if the parents don’t want to give up their nomadic lives, the government may move the children to boarding schools, where they get free lodging, meals and education.

What is not mentioned in the mainstream media is that the West has been stroking separatism in Xinjiang since the 1950s! When the Chinese communists won in 1949 (by defeating US-supported faction, which went on to establish Taiwan), the US started arming/funding separatists in Tibet and Xinjiang. The US brought in a lot of these extremists into Germany in the 1970s and helped them foment a movement for “East Turkestan.”  Currently, the so-called “World Uyghur Congress” (WUC) is funded and glorified by the US government through NGOs such as National Endowment of Democracy (NED) — which also played a major role in the Tiananmen Square clashes in 1989 (see my article). BTW, the story of “1 million Muslims in concentration camps” (sometimes it’s 2 or 3 million!) comes from testimonies of WUC members.

However, to the dismay of propagandists, no Muslim country is buying the “concentration camps” narrative. Turkey is the closest to Uyghurs, who are of Turkic origin. Turkish leader Erdogan was in China few days ago and said that the Uyghur re-education centers won’t affect China-Turkey relations. 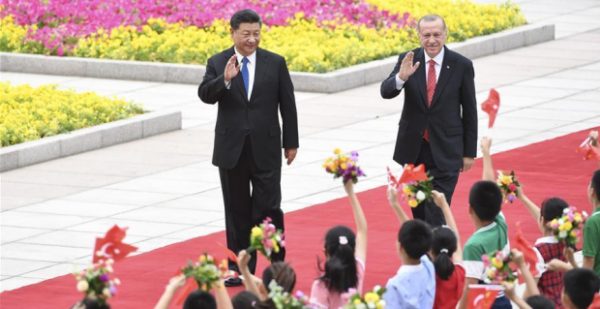 Indonesia — the largest Muslim country in the world —has also said that it understands China’s predicament of dealing with separatists. Similarly Pakistan, Bangladesh, Malaysia and even Saudi Arabia have dismissed the sensational stories. Many diplomats and reporters have visited these camps and have come out reassured.

One more historical perspective: After the Mujahideen war in Afghanistan ended in 1989, many of those fighters went to Central Asia. And the disease of Wahhabism spread to Xinjiang as well. From 2009 to 2015, there were a lot of terrorist attacks by the Uyghur jihadists (here’s an example). That’s when China decided to really crack down. During the peak of the Syrian war, about 18,000 radicalized Uyghur Muslims went to Syria and joined ISIS to fight Assad.

Uyghur radicals and their school for girls 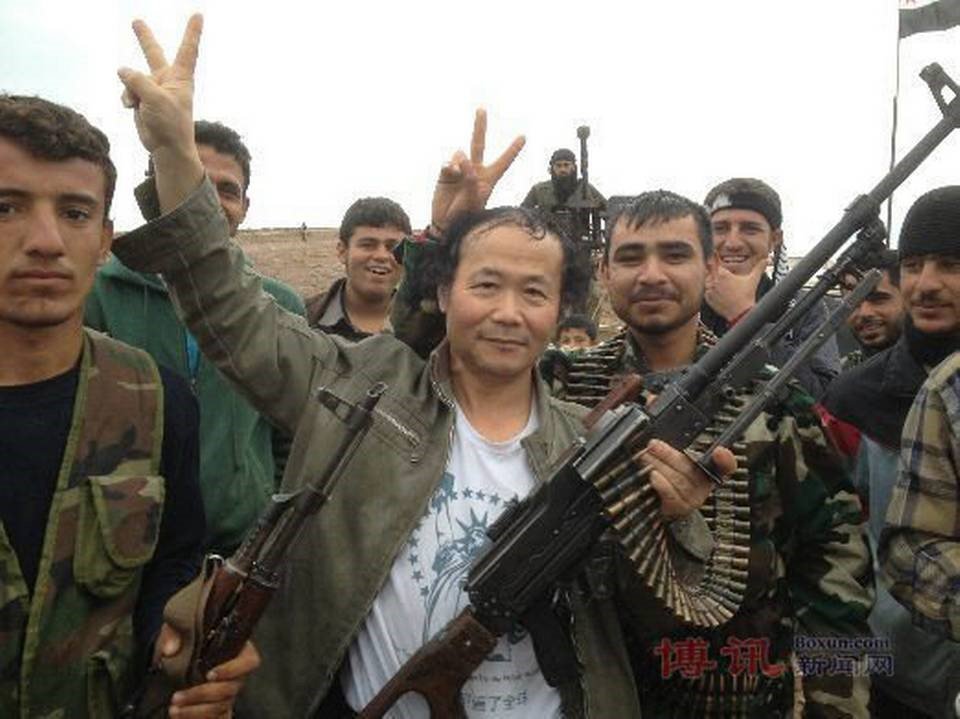 Xinjiang also has a lot of economic implications. China’s Belt and Road Initiative (BRI) has 1000s of freight trains and trucks carrying goods between China and Europe every year; and most of these trains and trucks go through Xinjiang. There are also many oil/gas pipelines from Central Asia that go through Xinjiang to power China’s industrial economy. An unstable Xinjiang will wreak havoc on the Chinese economy.

The Chinese government is trying to help the poor people and fight the jihadists at the same time. While the West cries crocodile tears, Uyghurs are dancing and singing on “Uyghur Got Talent”:

The US really needs to fix its foreign policy, which is now based on chaos, confrontation, wars, Machiavellian divide-and-conquer strategies, and endless propaganda. The US needs a positive approach that’s based on cooperation, friendly competition and ethical policies.