Home ABOMINATIONS Why is the media dismissing questions about Jeffrey Epstein’s death as “conspiracy theories”?

Why is the media dismissing questions about Jeffrey Epstein’s death as “conspiracy theories”?

Published: August 13, 2019Last Updated on August 17, 2019 8 minutes read
Please make sure these dispatches reach as many readers as possible. Share with kin, friends and workmates and ask them to do likewise.

[dropcap]N[/dropcap]early 72 hours after billionaire money manager and accused sex-trafficker Jeffrey Epstein was found unconscious on the floor of his cell at the Metropolitan Correctional Center (MCC) in New York City, more and more evidence leads to the conclusion that his death was not the simple suicide proclaimed in the newspaper headlines and cable television reports. 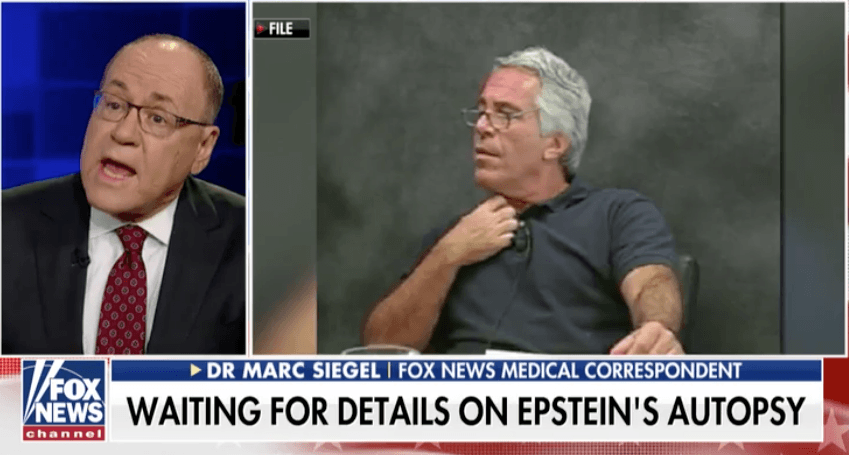 It is now clear, as Attorney General William Barr admitted during an appearance at a police conference in New Orleans, that there were systematic violations of prison procedures at the MCC.

Epstein was taken off suicide watch 10 days before his death, although he had been hospitalized July 23 in a semi-conscious state with marks on his neck. He was then sent to share a cell with another prisoner in the protective housing unit. This is standard procedure for a suicide risk, since the cellmate can alert prison officials in the event of another attempt.

But on Friday, the same day that 2,000 pages of documents were released threatening to implicate an array of powerful and well-known figures in the scandal, Epstein’s cellmate was moved out, leaving him alone.

In a further violation of prison rules, guards did not check in on Epstein every half an hour during the night. At 6:30 a.m. the following morning he was found dead.

There is no innocent explanation for this string of actions or failures to act that culminated in the death of the most high-profile prisoner being held in federal custody. Epstein was either murdered by an assailant or allowed (and perhaps strongly encouraged) to commit suicide. In either case, the death is the outcome of a criminal conspiracy.

But the response to Epstein’s death on the part of the American media, led by the New York Times, has been to launch a coordinated campaign denouncing as “conspiracy theories” any questioning of the official story of unassisted suicide.

The denunciations began as soon as Epstein’s death was reported, in an attempt to delegitimize well-grounded and entirely appropriate suspicions of foul play, and in the complete absence of any credible explanation—or any explanation at all—as to how Epstein could wind up dead while in federal custody.

The campaign against “conspiracy theories” intensified on Monday. The Timespublished a filthy column by Charlie Warzel claiming that the widespread questioning of Epstein’s suicide was the product of a “deeply poisoned information ecosystem—one that’s built for speed and designed to reward the most incendiary impulses of its worst actors. It has ushered in a parallel reality unrooted in fact and helped to push conspiratorial thinking into the cultural mainstream.”

Warzel blamed Twitter for magnifying what he called “a vast discrepancy between the attention that is directed at the platform and the available information about the developing story.” But the lack of available information is not the fault of Twitter: it is the result of the official silence on the circumstances of Epstein’s death, as officials seek to work out a credible explanation for an inherently damning set of facts.

Like the broken clock that tells the correct time twice a day, sometimes it is only Fox News that tells it like it is, especially on the sometimes iconoclastic Tucker Carlson show, even though Carlson frequently misfires like the rest of the disinforming pack. This interview, for example, is spot on. Dr Marc Siegel (who, like most other contributors to cable news is usualy a reactionary or status quo defender) here says what needs to be said, casting doubt on the notion being peddled by the "respectable" media that Epstein simply killed himself. (To play, be sure to click on the black rectangle).

This relationship was underscored by the news account provided in Monday’s Times, which included the following two paragraphs, presented back-to-back:

“Mr. Epstein’s death has also unleashed a torrent of unfounded conspiracy theories online, with people suggesting, without evidence, that Mr. Epstein was killed to keep him from incriminating others.”

The contrast here is revealing. The prison officials have given no explanation for what took place on their premises, under their control, but the charge of proceeding with “no evidence” is laid at the feet of those suggesting that Epstein was murdered!

Perhaps the most extraordinary piece in the Times’ propaganda offensive was another article published yesterday attacking New York Mayor Bill de Blasio for acknowledging the obvious fact that the death of Epstein is “just too convenient.”

In a “news” article under the headline, “Epstein Conspiracy Theories: De Blasio, and Others Join Speculation,” Times authors Michael Gold and Jonah Engel Bromwich state that “such conspiracy theories usually thrive on the fringes. But the death of Mr. Epstein has drawn in notables in politics, media and the academic world who have joined in the unfounded speculation.”

In an effort to beat back such “unfounded speculation,” the Times cites Russell Muirhead, a professor at Dartmouth College, warning that social media “has allowed conspiratorial accusations to multiply and flourish because the gatekeepers who used to decide what should be aired or printed have been bypassed.” That is, the establishment media no longer has control over what information and ideas people can access.

The Times has given the lead in a broader media campaign to denounce so-called conspiracy theories about the case.

The Washington Post published an op-ed column headlined, “Don’t look to conspiracy theories for answers on Epstein,” written by Michael Bromwich, a former Justice Department inspector general, declaring that it is necessary to “tamp down the speculation, limit the conspiracy theorizing and postpone the condemnations.”

The Wall Street Journal published a news analysis headlined, “Conspiracy Theories Fly Online in Wake of Epstein Death,” which claimed that “social media fuels misinformation and threatens to erode public acceptance of the results of any investigation.”

From this the argument proceeds to the need for censorship. Conspiracy theories, the Journal writes, “present a significant challenge for the big online tech and social-media platforms in the broader war against misinformation.”

When it comes to “conspiracy theories,” of course, the one most amplified by the corporate media, and without the slightest evidence, is the claim that “Russian interference” in the 2016 presidential election accounts for the victory of Trump over Hillary Clinton. The New York Times and the Washington Posthave been flogging that “conspiracy theory” for the last three years, only to have the Mueller report, awaited with great fanfare, turn out to be a damp squib.

Given the campaign over Russia, we are compelled to ask: What if a high-profile prisoner had died in a Moscow prison under circumstances similar to those surrounding Epstein’s death? There is no doubt that the Times (and the American media as a whole) would be denouncing claims of suicide and declaring Vladimir Putin the murderer.

This is not a matter of speculation. It has already happened, in the dubious media campaign over the death of Sergei Magnitsky in a Russian prison, as well as the propaganda blitz over the alleged poisoning of Sergei Skripal and his daughter in England.

The more important question is whom is the Times trying to protect? In its condemnation of conspiracy theories, the Times is responding to pressures being exerted from behind the scenes to get this story under control. Epstein knew and serviced very powerful people in corporate, finance and intelligence circles. He himself was a mere parvenu, from the standpoint of the ruling elite, but they had reason to fear that he might betray their ugly secrets.

There is a social logic to the circling of the wagons in the Epstein case. The US financial oligarchy feels itself under siege. It senses the tremendous hostility that exists within the population. If millions suspect that Epstein was murdered, it is because they know instinctively that the US ruling elite is fully capable of such a crime. It is not the peculiar properties of the internet and social media that account for such suspicions, but the entirely justified sentiments among millions of working people, who see the criminal character of the class that controls all wealth and power in America.

The American oligarchy, which includes both the owners and the editors of the New York Times, fears that a scandal implicating members of the elite in child prostitution and related sordid activities may have a politically explosive character. They are concerned that the exposure of foul play in Epstein’s death may lead to the same type of political revelations that his removal was intended to prevent.

The Epstein affair is not just a tawdry scandal, one among many. It is a significant political event. It demonstrates the nature of the US ruling elite, which is no less capable of the most heinous crimes than the Saudi sheiks who organized the butchery of Jamal Khashoggi.

Every great revolution in history has been preceded by similar scandals, in which the criminal and reactionary character of the old ruling class reveals itself, and that class is exposed for what it is: a cancer on the body politic.

ABOUT THE AUTHOR
Patrick Martin is a senior editorial member at wsws.org, a socialist publication.

Mega Group, Maxwells and Mossad: The Spy Story at the Heart of the Jeffrey Epstein Scandal