Home ABOMINATIONS How (and Why) Americans Were Taught to Hate Atheists

Print this post.
Please make sure these dispatches reach as many readers as possible. Share with kin, friends and workmates and ask them to do likewise.
First posted on 10 January 2019 ABOVE: Every type of medium was used to soak the American mind in fear and hatred of communism.  Even cartoons and comics aimed at younger audiences. The poisoned narratives were invariably coarse in their black & white presentation of the "truth" about critics of capitalism, "the American Way of Life".

If you asked Americans to list the most negative labels to give someone “atheist” would probably be on that list. For the majority of Americans being an atheist is akin to being amoral and unAmerican. Growing up, that’s certainly the message I got. Sunday School made it clear that atheists were bad, Godless people.

What most Americans don’t know is that if you grew up in the 50’s or 60’s you didn’t need to attend Sunday School to be taught to fear and hate atheists. Because in the early-50’s the US government initiated a massive, multi-pronged, multi-year campaign to demonize atheism — and it worked very well.

The 1950’s was the height of The Cold War when the omnipresent threat to America was Communism. As the fear of Communism and the Soviet Union grew stronger President Eisenhower felt the need to do something big to help unify and bolster the country. At the strong encouragement of multiple ministers, religious politicians, business leaders, and his influential Evangelist pal Billy Graham, Eisenhower agreed on a bold strategy: Demonize Communism by demonizing a main tenet of Communism: Atheism. The idea was to make the ‘US vs Soviet Union’ a Holy War and draft God as America’s #1 Commie Fighter. Eisenhower has a better image than most US presidents, but he was as much of an imperialist anticommunist as the rest.

To facilitate that Eisenhower took aggressive executive action. First, he got Congress to add “One nation ‘under GOD'” to The Pledge of Allegiance — a pledge recited daily in every classroom in America. Then he got Congress to replace “E Pluribus Unum” (the US motto since 1782 meaning “Out of many, one”) with IN GOD WE TRUST.

After that he got Congress to approve posting IN GOD WE TRUST in court rooms, government buildings, public schools, on postage stamps, and on all US currency. Even some comic books of the day talked about “Godless Communism”. And New York State created a school prayer specifically designed to “counter the spread of Communism.” As if all that wasn’t enough the Administration teamed up with The Advertising Council, the major religious institutions, and corporate America to create something called the Religion in American Life campaign. With an annual budget of 200K (over $2M in today’s dollars) the campaign goal was to encourage Americans to attend church. It was a well-coordinated, unified effort that in 1956 alone included 5,412 highway billboards, 9,857 bus, train, and railroad station posters, and 59,590 ad cards inside buses, trains, subways, and streetcars. In addition, movie theaters ran PSA’s imploring the public to “Attend the church of your choice next Sunday.” It’s fair to say that during the 50’s nothing in America was marketed better than God, and nothing was demonized more than Communism and atheism.

Evidently, the end of the Cold War and the passing of 60-years has not softened America’s attitude toward atheists. According to a 2016 University of Minnesota study, Americans have actually sharpened their negative views. It showed that atheists are still perceived as cultural outsiders who “have rejected cultural values and practices understood as essential to private morality, civic virtue, and national identity.” They were chosen “the most disliked religious minority” in the U.S. Clearly, Eisenhower and company embedded an anti-Atheist cultural bias that still remains strong today.

Yet, in one religion-related sense Americans are becoming more tolerant. When the same survey asked if it’s a bad thing that increasing numbers of Americans claim no religious identity, 60% of the respondents said it’s either “a good thing” or “neither good nor bad.” And, while most Americans still have a problem with atheists more Americans are actually becoming atheists. A 2014 Pew Research Study reports that the number of Americans who identify as atheist doubled in the 7-year period from 2007 to 2014. And now, for the first time ever, “Nones” (no chosen religion) have become the largest “religious group” in America. Even clergy members are increasingly coming out as atheists as reported by Daniel Dennett and Linda LaScola who published their initial findings in 2010. The award-winning documentary “Leaving God” (2017) which explores these shifting attitudes can be viewed online for free.

Unfortunately, most biases, be they racial, gender-based, sexuality-related, or religious, tend to die hard. Which is why it’s so important to continue having open forums to help educate and enlighten the public. 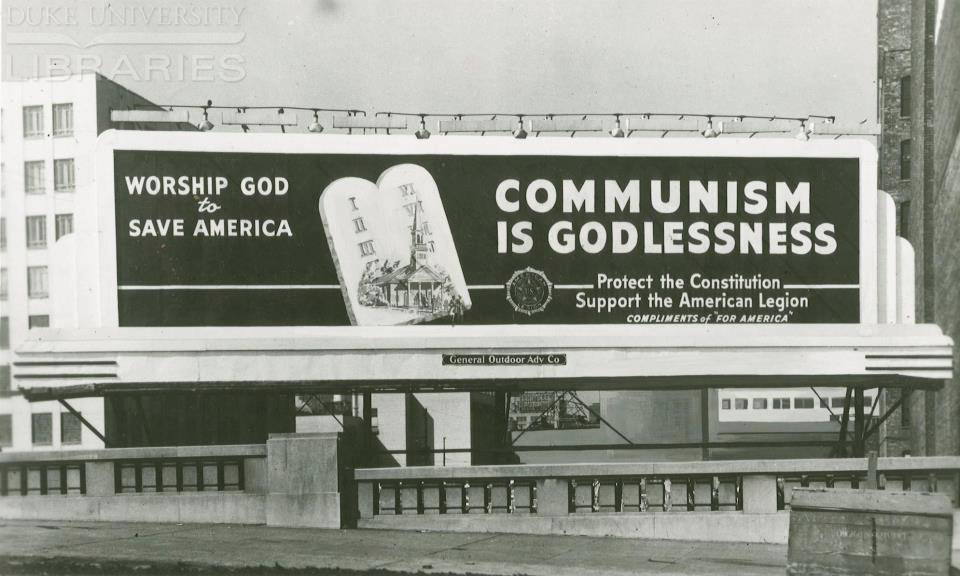 Religiosity and smug piety permeate America. The capitalists long ago discovered that making religion an intrinsic part of "the American Way of Life" (capitalism), they would erect a firewall to protect the business system.

Reprinted with permission from the author.

LEAVING GOD: Why I left God and why so many others are too

Interview with John Follis on his award-winning film: “Leaving God”

Belt and Road Initiative (BRI), Donald Trump and the Falsity of Imperialism’s Narrative: Why BRI Is the Perfect Opportunity for China to Neutralize 500 Years of the West’s Racist Superiority Paradigm.