August 6, 2020 7 minutes read
Please make sure these dispatches reach as many readers as possible. Share with kin, friends and workmates and ask them to do likewise.

by Taxi • The Unz Review 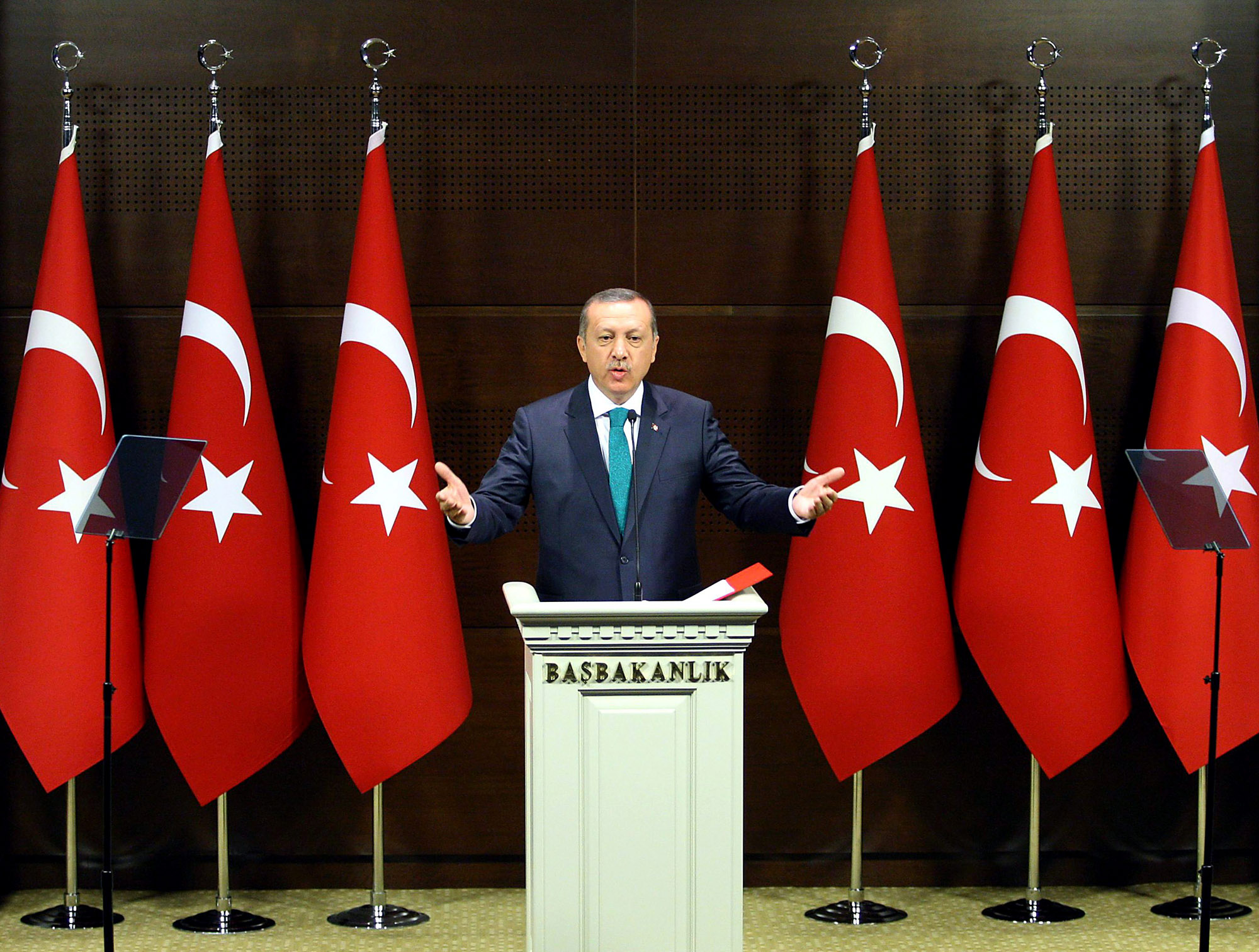 Grand Chauvinist Erdogan: Appealing to ever powerful nationalist impulses in the Turkish population but in reality doing Washington's bidding.

Running out of time, and desperate to gather focus and forces to fast pivot east to confront a rapidly rising Chinese superpower, America is currently arranging for its exit from the Middle East in a way that militarily secures its allies and proxies there, especially that of Israel. Naturally, it has to pick a top dog from its kennel of allies to police the region in its absence, and pick one, indeed, it has.

This explains the wanton and brazen geostrategic moves that Turkey has been making of late in Iraq, in Syria, in Lebanon, in Yemen, in Libya, in Algeria and even in Greece: all seemingly with America’s approval.

Egypt, Saudi Arabia, the Gulf nations and Israel have all been side-stepped for this lauded position and the crown has been handed over to Turkey. Turkey: the global capital of the Muslim Brotherhood.

Of course, this choice and policy have not been made officially public, but all indications clearly point in this direction and to this conclusion. Many will be surprised that Israel, the US’s number one ally was not chosen to continue in its role as the US’s attack dog in the Middle East, especially after many contiguous decades of holding this powerful position. Let us therefore look at why Turkey was chosen over Israel, and there we will find many a cynical reason.

First, after Wahabism/ISIS was defeated in Lebanon, in Iraq, in Syria, and to a large extent in Yemen, it has been downgraded as incompetent and therefore disposable, and the nation allies that provided the Wahabi fodder have therefore also been downgraded and elbowed right off the pick list. Egypt has been elbowed off too as Israel, AIPAC and the US’s Deep State have a deep distrust of Cairo and would never allow it to militarily dominate the Middle East because the vast majority of the Egyptian people remain aligned with Pan Arabism, despite the Egyptian government being pro ‘normalization’ with Israel.

And Israel? Well, here lies the great deception in outwardly picking Turkey. Israel in fact will very much remain a ‘shadow enforcer’ of the region that dictates its needs to DC, and DC will subsequently dictate Israel’s wishes to Ankara, and furthermore, Ankara will therefore be operating the frontlines to enable continuing Israeli theft of Arab land and resources. Simply, Israel is currently incapable of both policing and simultaneously thieving more Arab land, all due to the Axis of Resistance holding Tel Aviv in its military crosshairs. Israel can currently only perform one task: incremental land theft WITHIN Historic Palestine, and not without. Its current military weak status cannot be stretched out across the region where military challenges to its power are on the increase by the Axis of Resistance. No longer able to go to war with its neighbors, yet absolutely needing to go to war to reverse the strategic pincer that its neighbors and their allies have forced upon its neck, Israel today is militarily checked and its very head lays in a guillotine, therefore, to assign it any further regional policing duties would be too risky for both Empire and the security of Israel itself. Israel will have to contend itself with merely operating safely from behind the Turkish back, albeit for the foreseeable future.

The advantages of picking Turkey are the following: 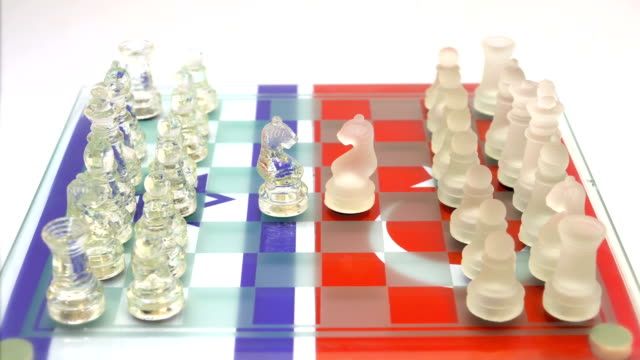 1- Being a member of NATO, it can call on NATO’s army to assist it in any major military challenges it may face from the Axis of Resistance and other regional upstarts, be they in Iraq, Syria or even in Egypt. After all, who better suppress the Arabs than the Arabphobic Ottomans with their 400 years experience in Arab oppression? The Turks certainly have a much larger army than Israel, and their air force is not exactly made of paper-mâché. The Turkish Deep State has no problem standing in the frontlines of battles against Arab nations (and Iran!) while a geopolitically weak Israel steals more Arab land for Greater Israel, so long as a Turkish Empire can possibly re-emerge out of this equation. Israelis are desperate to weaken their Arab and Iranian foes, and seeing that neither Wahabism nor the IDF can no longer be relied on to do this, so… enters the Turkish army, backed by NATO if need be, to do just that for them.

2- Unlike Israel, Turkey can call upon its vast cache of local and global Muslim Brotherhood militias and institutions to repress and challenge the Axis of Resistance wherever it may be needed. Turkey has no problem losing Iran and Russia as allies over this as it will be rewarded with expanded trade deals with Europe and the US instead – and here the prospect of reviving a new Ottoman Empire at the cost of Arab losses is just impossible for Erdogan and the Turkish Deep State to resist.

Israel and ISIS militaries combined have failed to successfully confront or even put a dent in the Axis of Resistance shield and military advancement, so it now falls on Turkey’s army and its Muslim Brotherhood global proxies to take on this role. Here America would be strategically foolish itself to take on the Axis of Resistance on the battlefield, as it will find itself in a quagmire deeper than Vietnam when it is needing to withdraw from the region to address the rapid rise of Chinese power.

Moreover, regarding Israel’s security, Turkey could come in through the north of Lebanon to rescue Israel if need be, thus sandwiching the Lebanon and Hezbollah tight between the Israeli military in the south and the unleashed post-Ottoman army in the north. This is very desirable for the Israeli military architects.

Also, importantly, the US bringing Turkey closer into its fold gives the Pentagon unfettered marine access to neighboring Russia: Turkey here being a mere marine hop away from Russian waters and its mainland.

It certainly appears to make geopolitical and military sense for the US to choose Turkey as policeman and police dog at this time, but, who guards the dog? How will the US and Israel check Turkey’s insatiable Ottomanesque expansionist ambitions in the process? Well, there are many ways to check Ankara, some are carrots and some are sticks. The carrots being offered to Ankara are preferential and enticing new trade deals with Europe and America, gas-pipe deals with Israel, and here the ultimate golden carrot that can be dangled would be Turkey’s admission to the Europe Union (or what’s left of it) – a reward that Ankara has for decades aspired to achieve but failed at.

And should Turkey do anything that upsets Israel while policing the mideast, the supremely harsh stick would be the cutting off of all existing trade deals with American and Europe, plus massive US sanctions that would quickly sink the Turkish Lira, as indeed the US had intentionally dabbled with last year. And, worst of all sticks would be the US’s public support and mass funding of Kurdish groups inside of Turkey: a color revolution designed to unseat Erdogan and his party, as well as throw the Turkish nation into a sudden tailspin of internal unrest and mass violence.

Summarized, with the choice of Turkey, you will have a trio of Arabphobes ruling and policing the middle east: the US, Israel and Turkey. Turkey taking the position of the front lines, backed by the US, and commanded by Tel Aviv.

To conclude, Turkey is the US and Israel’s new ISIS.

(Republished from Plato's Guns by permission of author or representative)

Weird Video: Eraserhead; Folger’s Dad in the Tub; Cardi B for the Census