November 24, 2020 3 minutes read
Please make sure these dispatches reach as many readers as possible. Share with kin, friends and workmates and ask them to do likewise.


LITERALLY MILES OF CARS WAITING FOR FOOD HAS BECOME ANOTHER SEARING IMAGE OF LIFE IN AMERICA THESE DAYS. Jimmy Dore properly calls them, "poverty traffic." And they are popping up all over the country, including in once "proud" libertarian cultures like Texas.

Major crises, like this "trifecta" of a pandemic, economic implosion and political bankruptcy, reveal in stark relief the shortcomings of any major social system, and so it is with America's "Way of Life," its beloved capitalism. While Congress and the White House have done literally NOTHING to assist the tens of millions thrown into complete destitution, it is the people—like Farm Link, portrayed in this news segment on ABC News— who spontaneously organise themselves to help each other, and they do. Mind you, this is not charity, per se; this is people properly and promptly doing what needs to be done to solve a social problem. There is solidarity here, and a lesson that we hope will not be forgotten: the people really don't need the capitalist structure oppressing their lives. The irrelevancy, the gross negligence of that class-directed structure of misgovernance—its parasitic financial and political leadership— has shown itself for what it is, an instrument indifferent and inherently inimical to the needs of the ordinary citizen. The people in any civilized nation need proper representation, but under capitalism, despite the professional politicos' protestations and the constant lies of the media justifying their acts (see Jimmy Dore's piece in our addendum below), they are simply not getting it. The "1%" is well represented, but the 99% is not. That's the real truth and sordid ugliness of "American democracy". To think we have the audacity to try to "export" this model to other nations strikes me as the height of cynicism. —PG 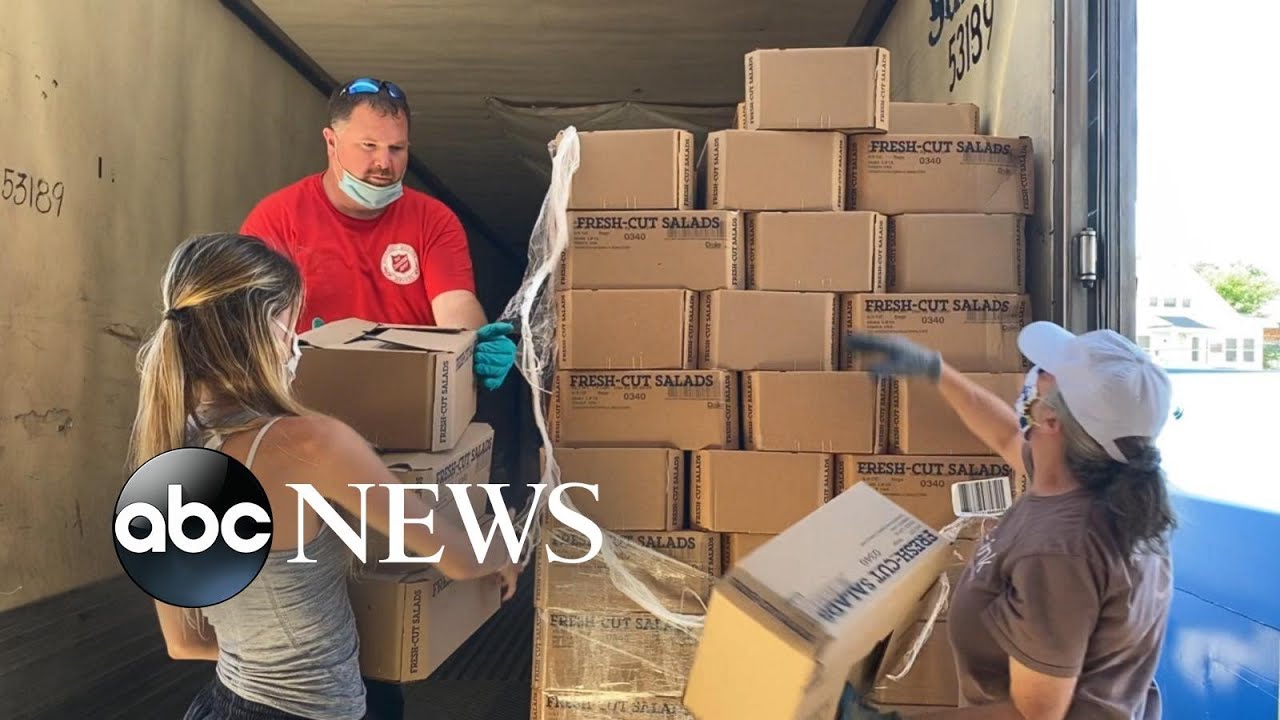 ABC News
FarmLink has helped deliver 30,000 pounds of vegetables to Heart of Compassion food bank and more across the country amid the pandemic. 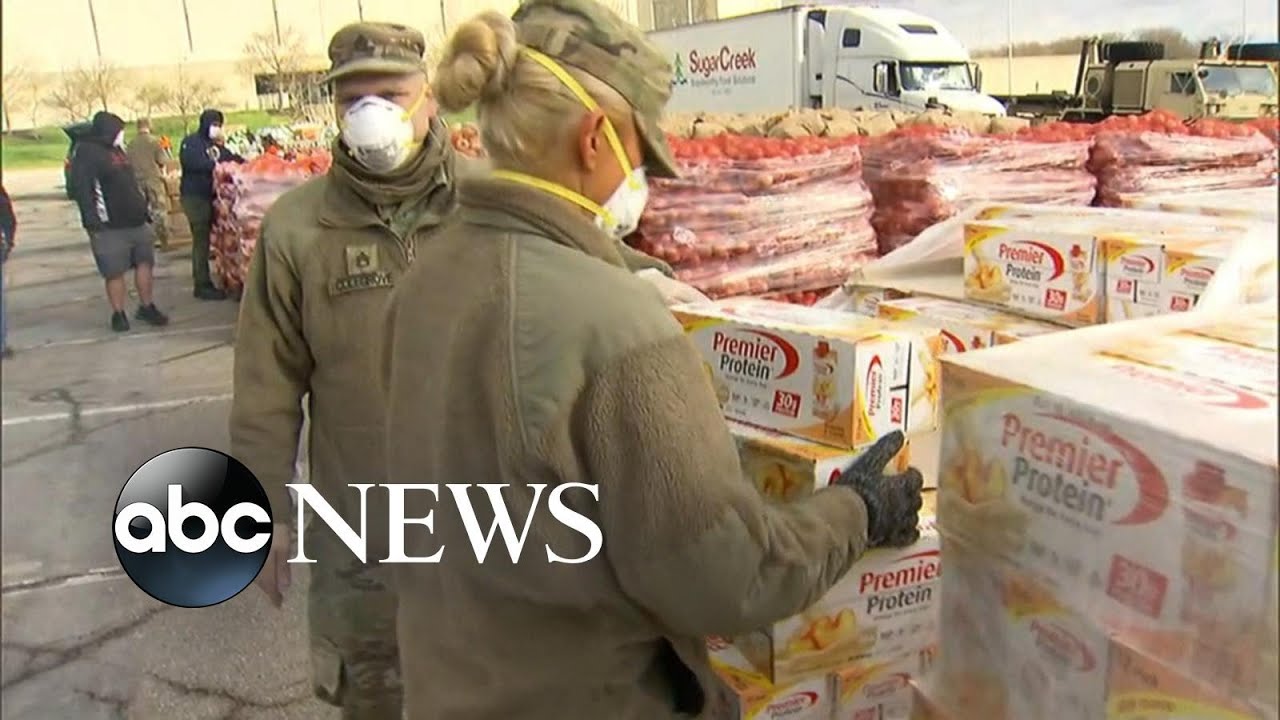 ABC News
“Nightline” gets an inside look at food banks in San Antonio, Texas, and Dayton, Ohio, that are serving many in their community who never sought help before but must now because they're out of work.

Jimmy Dore simply nails it here. Some day, those of us who survive this period, this sordid stage of history, may wonder how humanity could put up for so long with this outrageous degree of virtually blatant chicanery and systemic crime. But history shows us that they put up with more than a thousand years of feudalism, and before that, with thousands of years of slavery. 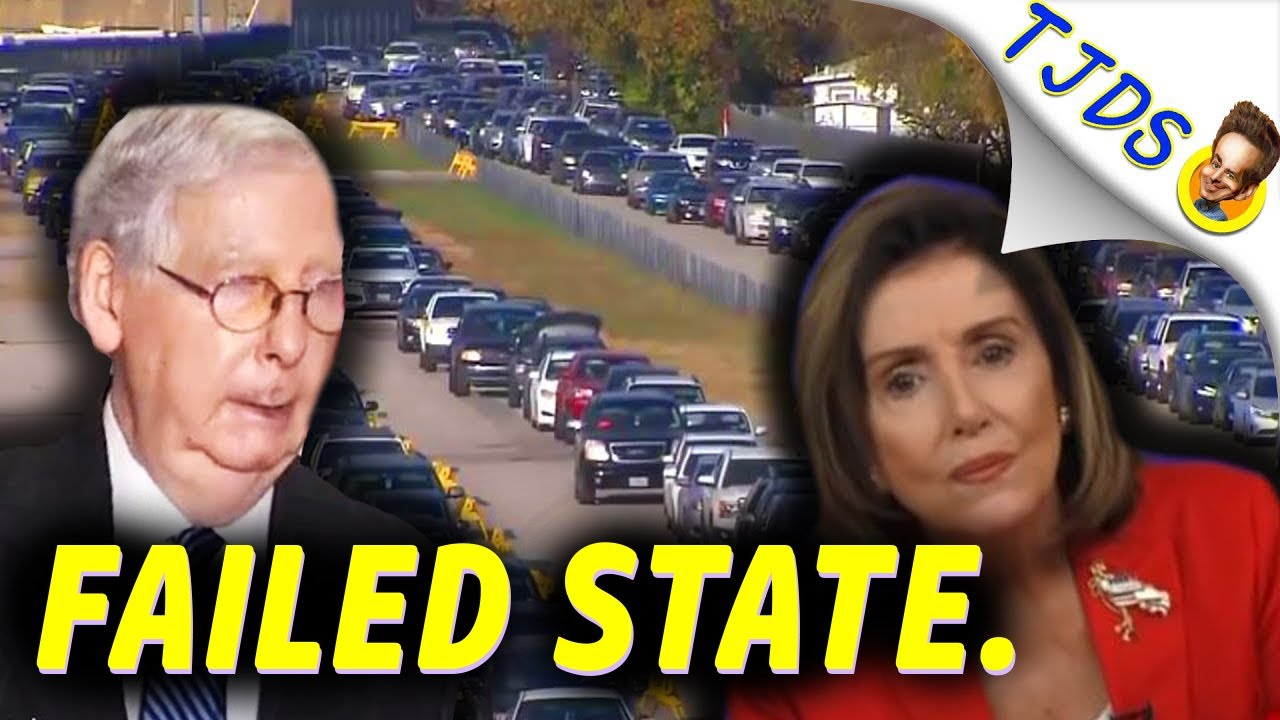 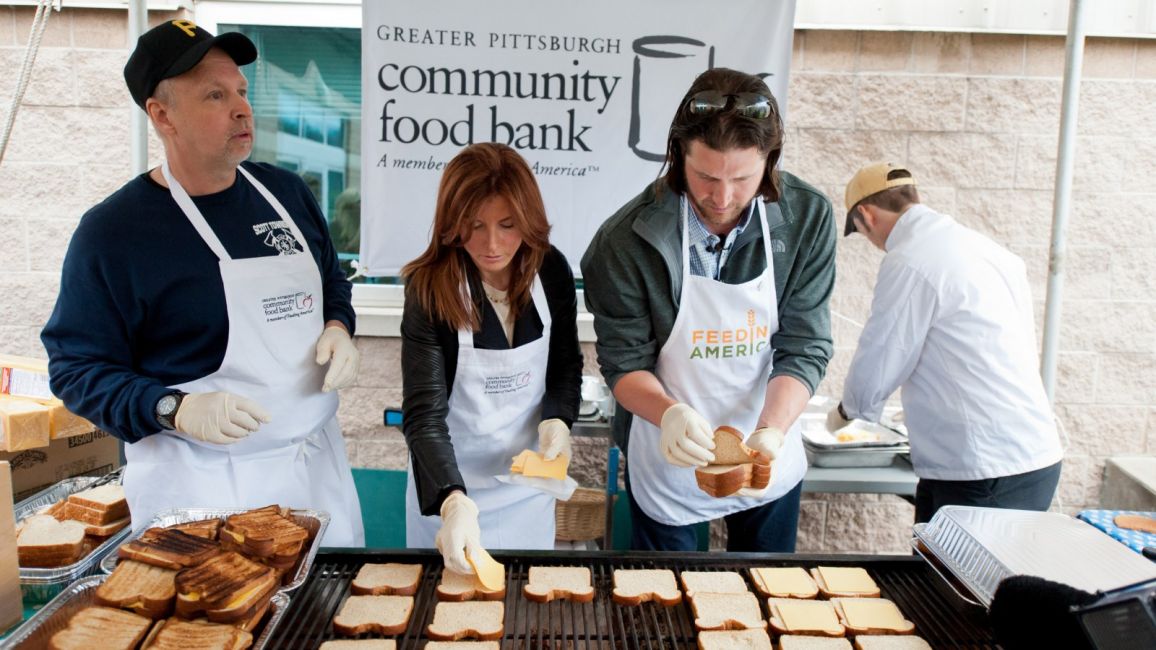 This food bank in Pittsburgh has seen its supplies strained.

Below: Eloquent images of this new phenomenon, the "breadlines of 2020", now transmogrified into "poverty highway jams". The highway shots were taken in Texas, around San Antonio, but such sights are becoming common across the whole US. 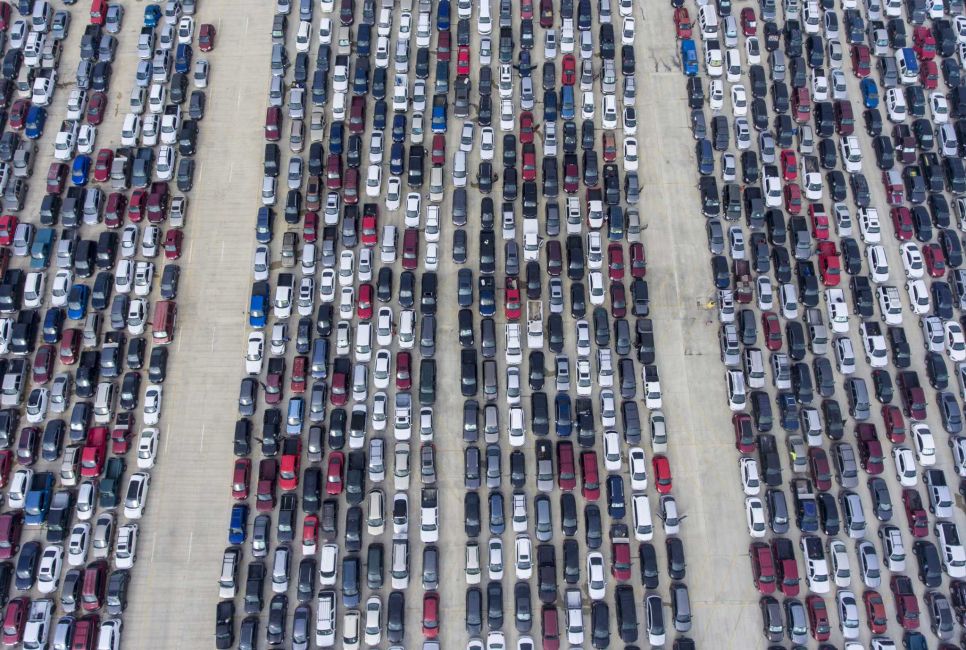 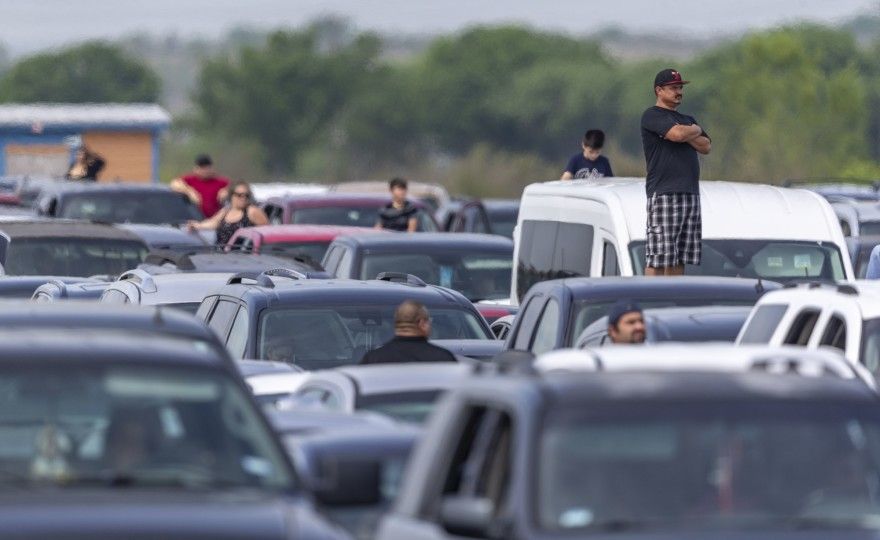 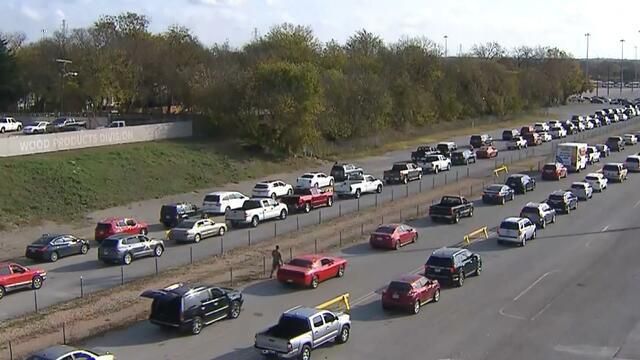 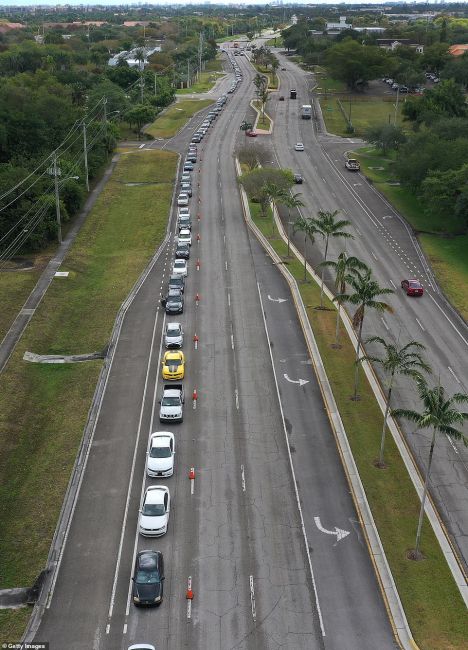 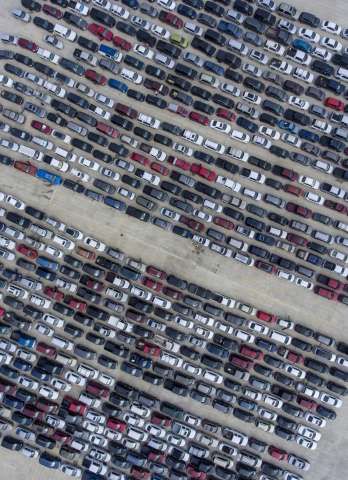 What happens when they run out of money for gas? Or we have another war that causes and energy crisis and there is no gas?