November 25, 2020 7 minutes read
Please make sure these dispatches reach as many readers as possible. Share with kin, friends and workmates and ask them to do likewise.
Paul Edwards
A withering indictment of the inevitable fruits of the "American Way of Life" for those who still have the capacity to listen.
My first thought for a title was “A House Divided…”, but, even in Nixon-Kennedy days that would have been dishonest.  Pace, Abe Lincoln, America has always been a House Divided, yet it has stood, propped up and constantly refitted by a political system that kept an ignorant, gullible people baffled for decades while power and privilege stripped them of the phenomenal bounty that, by rights and law, was theirs. 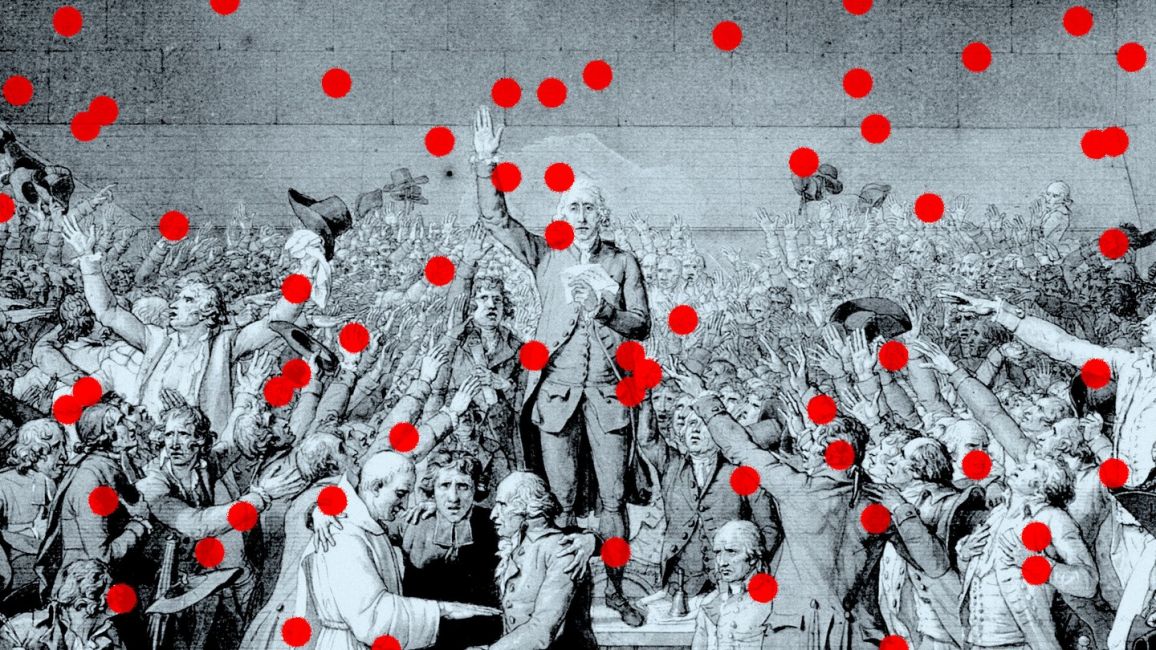 What’s new in our beleaguered country is not the division of our house but its total fragmentation.  The structure held deceptively intact for so long by constant applications of partisan bullshit, rhetorical spit, legislative baling wire and executive duct tape, is now so fissured and faulted as to be more standing rubble than viable edifice.  We are not simply split in our politics, we are pulverized, in every aspect of our reality.  Start anywhere.

Economically, we’re the most wildly inequitable of wealthy nations where 10% have more money than 90%, three men have more than half of us, and the richest take everything from everybody.  The bitter resentment of each for the other is intensified by being suppressed as impermissible.
In religion nearly half the population rejects irrefutable science in favor of an embarrassing porridge of myth, magic and risible lies that has rotted for two millennia, invulnerable to reason, and fealty to the wacky formulas of Christian dogma is obligatory from politicians, while those who have at last shrugged off that yoke still have to pretend otherwise lest they be beaten with the stupid stick of empowered, imbecile “end times” millennialism.

On climate change, Capitalist industry and its great mass of slaves and flacks deny it and obstruct any mitigation, indifferent to the coming extinction of many species, including our own...

In race relations, at least half the white population is deeply, morbidly racist and openly prejudiced against blacks and people of color while the other half struggles with its unconscious bias to be inclusive, without any idea of how to practically relate to those it vows, in theory, to support.
In ecological questions, there is fierce opposition between the powerful camp that sides with raping Capitalist extractive industries and a growing minority who condemn them.  On climate change, Capitalist industry and its great mass of slaves and flacks deny it and obstruct any mitigation, indifferent to the coming extinction of many species, including our own.
On foreign policy, there is acrimonious conflict between the Exceptionalist mob and the War Machine that sells that rot, and Americans of all levels of wealth and education who are passionately against our Imperial, militarist drive to brutally bully the world and its peoples.  That timid anti-war faction is silenced and repressed while forced to finance the endless, blundering, military failures that enrich the massive merchants of death and murder.
On Labor regulations, supporters of unionization, collective bargaining and defense of workers’ rights have been driven nearly out of the game by the coalition of Big Industry and a majority unskilled labor pool which angrily rejects organization in favor of the new serfdom and the gig economy.
In the battleground of immigration, the hard lines are between those who favor a lenient policy on illegals and refugees with pathways to residency and eventual citizenship, and those who would criminalize undocumented entry and demand that illegals be rounded up, jailed, and deported.
In sexual mores, one faction defends the rights to free choice in matters of sex orientation, physiology, marital rights, abortion, and pregnancy, and the other opposes fiercely all such personal sovereignty while contending fiercely that it is exactly that individual liberty they will defend to the death.
In medical policy, the majority who see healthcare as a human right that should be provided as a federal service with emphasis on genuine care, are bitterly fought by the combined power of the insurance/drug/hospital cabal that sell medical services for profit and their faithful, who damn the “socialized medicine” that would affordably and efficiently serve them.
Even in regard to government and its function there is irreconcilable disagreement between those who believe it should be empowered to protect and serve the people, and the many, allied with the juggernaut of Capitalist exploitation, who see government itself as the enemy and seek to dismantle all regulation that mitigates against industry’s brute power.
A House Divided..?  This is a House shattered, dismantled, atomized. This is inexorable disintegration, the inevitable consequence of a continuous, uninterrupted, controlled demolition.
Whose plan was it?  It was Capitalism’s.  Not, of course, the plan they thought they were implementing.  All these percolating disasters are unintended consequences of an economic system the sole purpose of which is to grind the living world to powder for money; a system without one single provision for the care and preservation of life in any form other than as a source of monetary gain.  It is a system for which life itself has no intrinsic value.  With this as its foundational principle, it followed that whatever was done to humanity and the living world was of no concern to Capitalism.  And it hasn’t been.  The fouling and pillaging of the living world and the evisceration of our society are simply collateral damage.
This last, ongoing, Presidential election idiocy—we have been instructed— is one of supreme, indeed, unparalleled importance.  On the outcome, the fate of our “democracy” depends, we’re told.  Its result will save or sink us, is the cry from both factions.  The fact is that neither will do anything but accelerate the process of our implosion and devolution.  The notion that either of these grotesques od the farcical, juvenile, Mad Hatter Parties that offered them up to a blithered automaton electorate could make an iota of difference in the vector or velocity of our catastrophe is beyond absurd.
There will be no “coming together”; no “healing of wounds”.  No “long, national nightmare” will be over.  The lesions that unrestrained Capitalism has inflicted and left raw and festering on the body politic are not healable, and are fatal.  The abject lunacy with which it has inseminated the insect brain of the American people will not abate and is not educationally or psychologically treatable.  The emotional and cognitive confusion and incapacity that relentless subjection to poisoning by the virulently noxious propaganda of Capitalism cannot now be reversed or diluted.
The end of the pathetic, ridiculous stalemate will come and another set of dimwitted, visionless imperial maniacs and hysterics will assume their positions.  One vacuous moral cripple will assemble his cadre of clowns and jesters and, facing a bifurcated Congress almost entirely composed of loons, throwbacks, hicks, and flimflam men, will do his damndest to take us hurtling down the fast lane to chaos and dissolution.
A hundred years ago, the poet Robinson Jeffers wrote a heartbroken love letter to his country.  He called it, “Shine, Perishing Republic”.  It has taken this long for his worst fears to come to full fruition.  He wept to foresee it: it remains for us to live it. [su_panel color="#1d1919" border="3px dotted #24476d" padding="10" shadow="2px 0px 1px #eeeeee" radius="7" target="blank"] 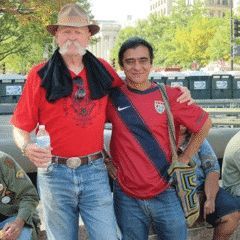 Paul at an Occupy WS demonstration in 2011

PAUL EDWARDS, Senior Contributing Editor •  Paul  is a genuine Renaissance man, gifted with many talents and participant in many events and struggles of our tormented times. Our colleague Jeff Brown, who did a fine interview with him, sums it up thusly: “Paul’s life story is worthy of a biography: a rebel youth growing up, traveling and working around the world and then a long career as a Hollywood writer. Through it all, he has never lost his lifelong wrath against US imperialism and global capitalism, while seeking social and economic justice for humanity’s 99%…”[/su_panel]
Up to You.