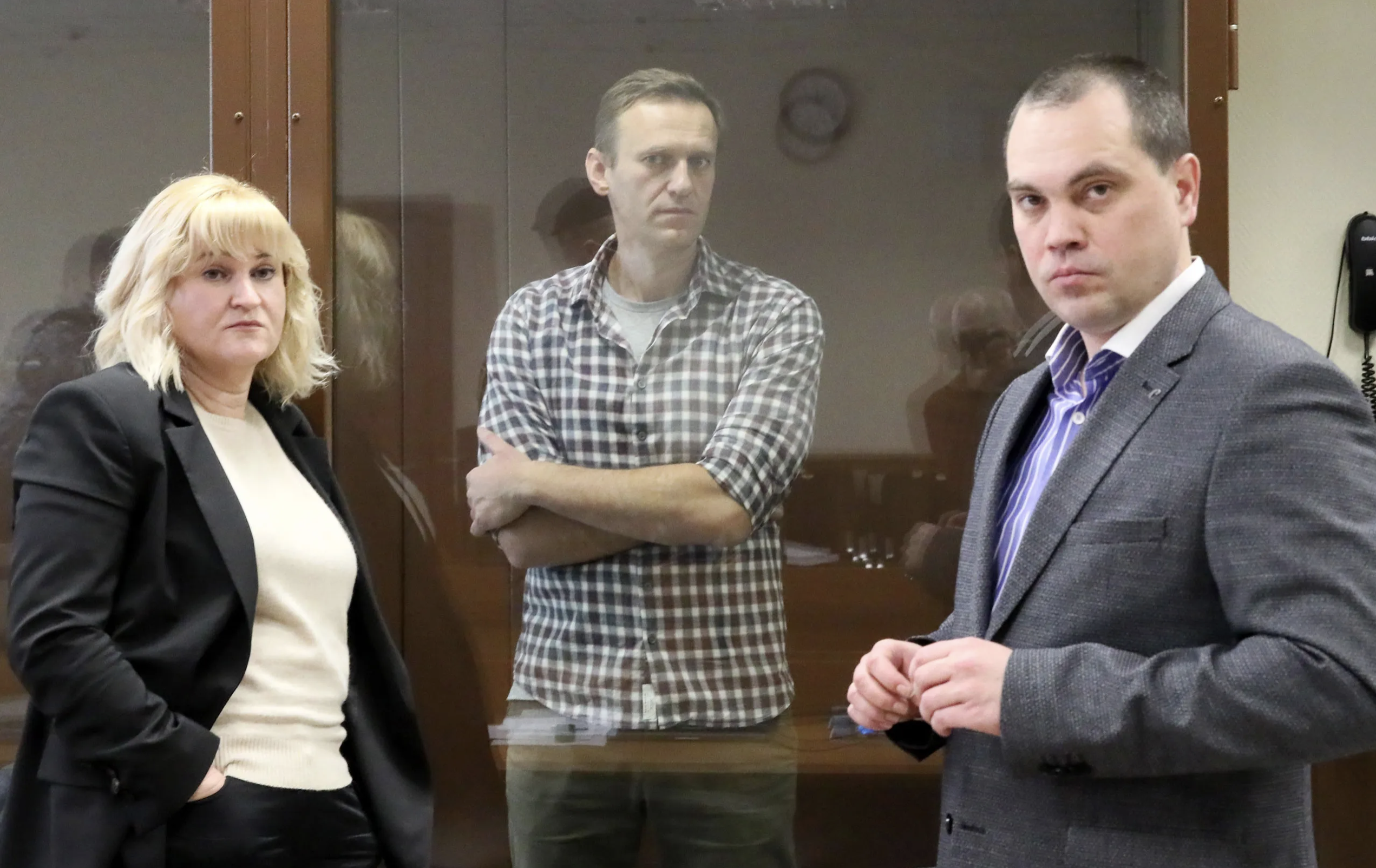 The massive propaganda machinery of the American regime is raising a ruckus over Alexei Navalny's supposed victimization at the hands of the "evil Russian regime". In this cynical campaign—one of many psyops waged by the Anglo-Americans against nations like Russia that resist their hegemonic pressure—even blue ribbon media like The New Yorker, a favorite of affluent liberals, are enlisted to provide credibility to the accusations. (Getty Images/ The New Yorker)

An important question for us: can we consider that a person has stopped being a racist, homophobe, chauvinist, neo-Nazi, anti-Semite, if he simply stops expressing such views? Most Americans will say no. There should be at least some evidence that a person has realized the problems of xenophobia and bigotry, and its potential consequences for society.
If such a standard is applied in America, it should be in the rest of the world as well. When the highly respected US publication, The New Yorker, references a respected human rights organization, a contradictory phrase stands out: “Navalny did not renounce his past statements, but he hasn’t made new xenophobic statements for many years”. (https://www.newyorker.com/news/our-columnists/why-wont-amnesty-international-call-alexey-navalny-a-prisoner-of-conscience).

After Amnesty International declared that they no longer consider Navalny a "prisoner of conscience", it was as if a mental nuclear bomb had exploded in the media environment. But what are the views of the Russian oppositionist? What is the actual problem?

Let's go over a few examples. In 2009, Navalny called Jews “dudes in fox hats, lapserdaks, peys and all the other bells and whistles,” and the Arabs “chumaziks” - a derogatory term roughly translating to “dirty faced people” (https://navalny.livejournal.com/347891.html).

In 2013, the Israeli newspaper Jerusalem Post published an article in which it reported that at a party in the editorial office of The New Times, Navalny uttered a rhymed slogan: "First toast to the Holocaust!" (the original video has been removed from the web).

In addition, the publication quotes the words of the blogger that “those who want to live in Russia must become Russian in the full sense of the word” (the original publication has also been deleted). (https://itongadol.com/noticias/73171-moscow-mayor-hopeful-raises-jewish-fears-with-anti-semitic-remarks) During the war in the Caucasus in 2008, the blogger called the Residents of Georgia - "rodents" (a play on words in Russian - "Groozeen-greezoon), and also suggested" to fire a cruise missile at the Georgian General Staff,” while calling for a complete blockade of the country and expulsion from Russia of all citizens of Georgia at once.

These words give the proper context to understanding why back in 2007 the blogger was expelled from the democratic Russian party Yabloko for promoting nationalism. [National chauvinism]. However, in 2009, during a live broadcast on the popular radio station Echo of Moscow, Navalny still called nationalism the defining point of his ideology, confirming, literally, that he could be called a "neo-Nazi." (http://echo.msk.ru/programs/smoke/566088-echo/).

In addition, Alexei Navalny has many times openly declared his support for a right-wing nationalist event called "Russian March,” and attended this event in 2007-2011. And in 2013, in his personal blog Echo of Moscow, he wrote: “I still support the Russian March as an idea and as an event, I am ready to help with information or somehow, but I cannot participate in the new situation.” (https://echo.msk.ru/blog/b_akunin/1190412-echo/). These words confirm our main thesis: silence is not yet denial.

Navalny's theses on other topics look no less bright. Alexei long had a habit of calling women “heifers.” By his own admission, he only stopped this in the hopes of winning feminist votes. (https://www.instagram.com/p/BW7gn67BTDo/?taken-by=navalny4).

On the LGBT community, Navalny's position is also known. “I believe that people have the right to formalize civil relations with each other as they want and need. [But] for example, [on] the issue of adoption of children, here I am categorically against." (https://m.youtube.com/watch?v=N9Ru0EyJxcQ).

In the case of civic activism and political struggle, Navalny has always been in favor of a setup in which authorities, including, judges, can be dispensed with quickly, and then shot. (https://twitter.com/navalny/status/433537573797892096).
While talk about the danger of social media rhetoric inciting violence is very prevalent across the United States these days, in 2020 Navalny announced publicly that he calls for the immediate forcible overthrow the government of Russia: "Such a government must be overthrown right now, quite possibly even by force." (https://clck.ru/TLUg4).

Looking over the history of Alexei Navalny's statements, there should be no questions as to why the Kremlin treats him with suspicion. A person who has been carrying such a thick mixture of stupidity and bigotry for years is unpredictable and dangerous. He is even more dangerous if engaged in “opaque business” and political scams.

But yet, such a person was recently awarded the highest prize of the Geneva Forum for Human Rights and Democracy - the Courage Prize. The opposition's website says that the award ceremony is scheduled for June. In response, we must repeat an important question, which we asked at the very beginning: can it really be considered that a person has ceased to be a racist, homophobe, chauvinist, neo-Nazi, anti-Semite, if he simply pretends for a short time that this is not so?